Europe can expect as much as “half a metre of snow” in some areas as other parts deal with wind gusts reaching “over 100kph”. BBC Meteorologist Chris Fawkes also warned there would be “another round of severe flooding” on the way to Venice, also known as an “acqua alta”. Acqua alta is the term used in Venice for the exceptional tide peaks that occur periodically in the northern Adriatic Sea.

The BBC presenter said: “It’s probably not going to quite reach the heights of the high water mark of Tuesday.

“But nevertheless 1.6m of water is heading in towards the middle part of the day in Venice.

“That would make it one of the top five highest acqua alta we’ve had in the last 90 odd years.

“So we are going to see some further significant flooding.” 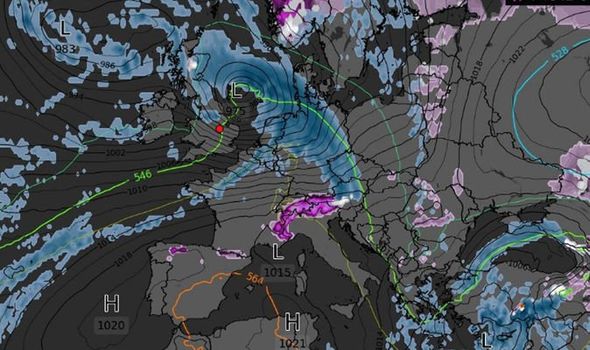 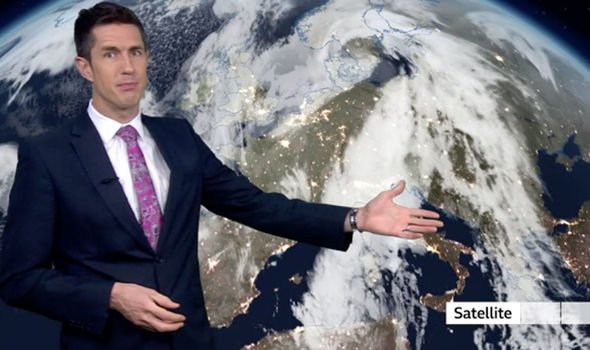 He continued: “As well as that, some heavy thundery rain pushing across Italy, generally, into the Balkans with around 50 to 75mm of rain from the heaviest of these storms.

“Around the coastline in Croatia, some very strong winds here.

“Gusts could reach 70, perhaps over 100kmph in some places even.

“Now it’s quite unsettled further west in Spain and Portugal.” 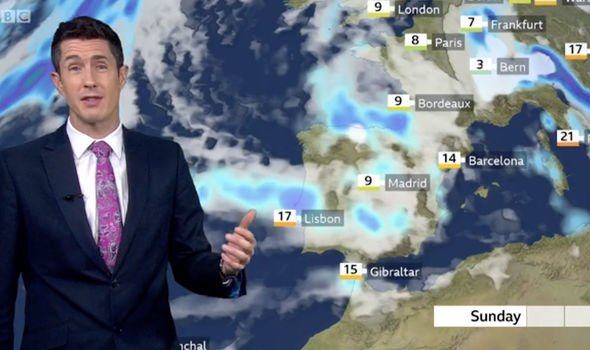 Mr Fawkes talked of: “Low pressure in charge, outbreaks of rain and some snow in the mountains of northern Spain, including into the Pyrenees.

“And another round of snow for Alpine areas.

“Some places could pick up half a metre of snow, the heaviest falls above 2000 metres elevation.” 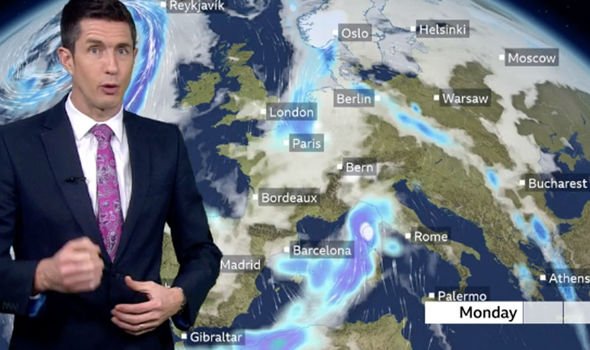 He added: “But for some places, there’ll be snow coming all the way down to 1000 metres.

“More unsettled weather on Monday, the strongest winds passing from the Adriatic, but we are looking at more stormy conditions for Corsica, Sardinia, northern and central portions of Italy as well.

“So from the storms around in Rome over the next few days, temperature chopping and changing around 16 or 17 degrees celsius.

“Further east, in Berlin, temperatures just cooling off a little bit towards the middle of the week.