North Korean dictator Kim Jong-un visited a school hours after it was claimed he ordered the execution of the head of his delegation involved in nuclear talks with US President Donald Trump.

South Korean media claimed senior envoy Kim Hyok Chol and four other officials were shot dead at Mirim airfield after ‘betraying’ the leader and being ‘won over’ by the US.

Kim Hyok Chol was North Korea’s special representative for US affairs and prepared the delegation for February’s unsuccessful summit in Hanoi, Vietnam.

North Korean state media has not commented on the purge claims although they did release photographs of Kim visiting the 250-mile Journey for Learning Schoolchildren’s Palace in Jagnang province, near the Chinese border.

He was also seen visiting a number of factories believed to be involved in his nation’s missile industry, providing what was described locally as ‘field guidance’. 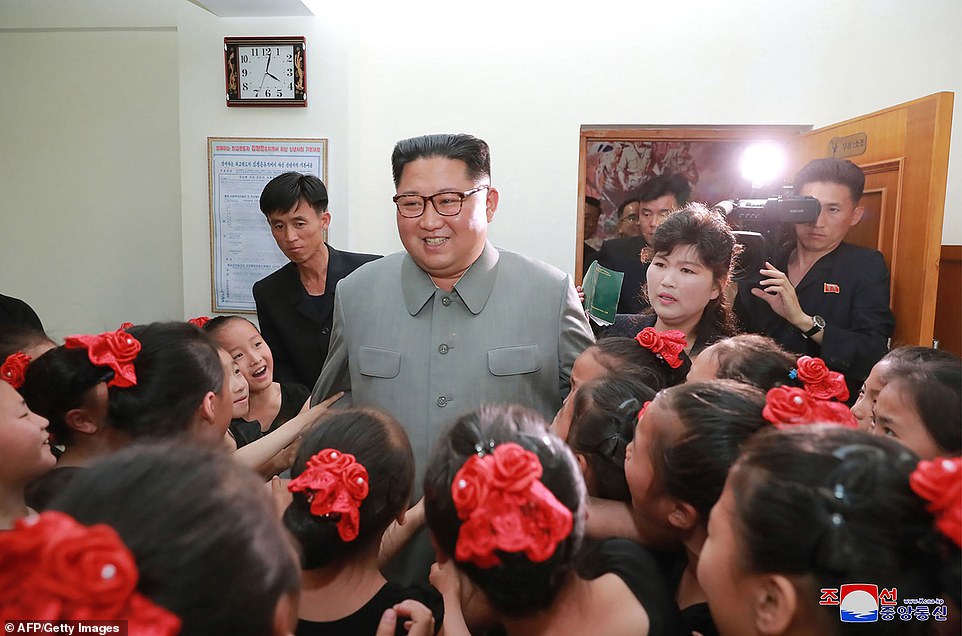 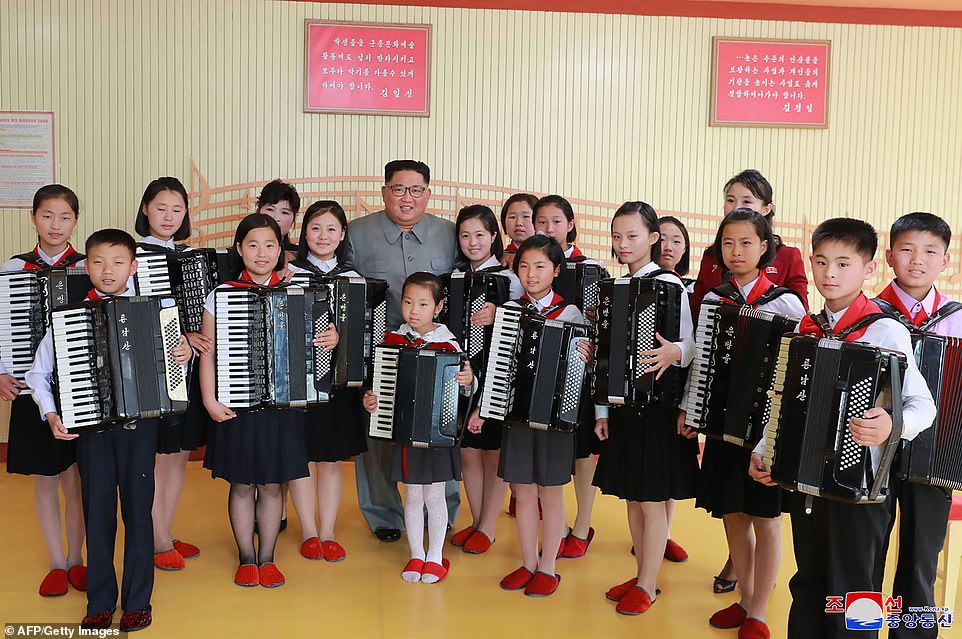 The dictator visited the 250-mile Journey for Learning Schoolchildren’s Palace. North Korean media released the photographs hours after it was claimed he ordered the execution of of an envoy involved in his nuclear talks with US President Donald Trump 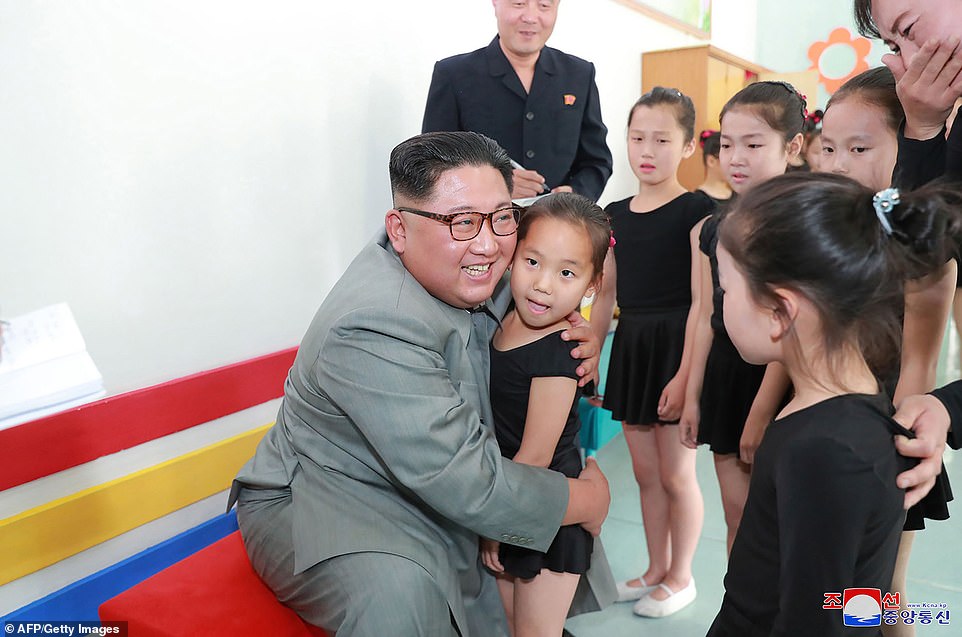 Kim hugged a number of the children during the staged visit to the school as he faced criticism internationally for his continuing missile tests and human rights violations.

A source told the paper: ‘He was accused of spying for the United States for poorly reporting on the negotiations without properly grasping U.S. intentions.’

Previously, some North Korean officials who were reported to have been executed or purged reappeared later with new titles.

A spokeswoman at South Korea’s Unification Ministry declined to comment. An official at the presidential Blue House in Seoul said it was inappropriate to comment on an unverified report.

White House spokeswoman Sarah Sanders declined to comment on the reports, saying, ‘I am not going to comment on intelligence one way or another.’

‘I can tell you we are monitoring the situation and continuing to stay focused on our ultimate goal, which is denuclearisation,’ she told reporters in Washington. 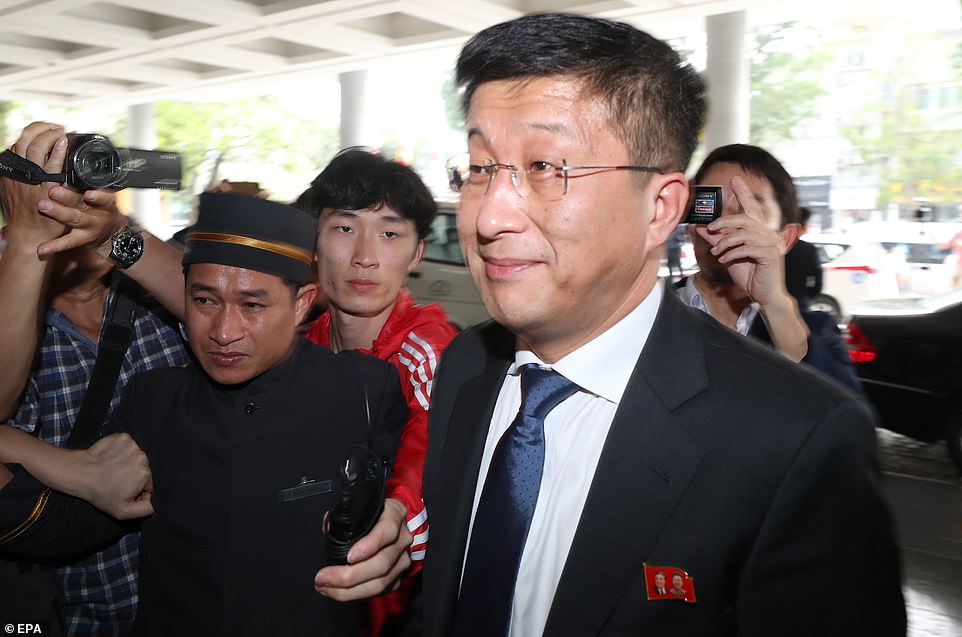 Kim Hyok-chol, pictured, led the North Korean delegation during February’s nuclear negotiations in Hanoi with the United States. South Korean media claims that he and four other officials were executed in March over their role in the failed talks

The United States is attempting to check on the reports of the envoy’s execution, Secretary of State Mike Pompeo said during his visit to Berlin on Friday

When asked about reports of a ‘shakeup’ of Kim Jong Un’s negotiating team in a May 5 interview with ABC News, Pompeo said it did appear that his future counterpart would be somebody else ‘but we don’t know that for sure.’

A diplomatic source told Reuters there were signs Kim Hyok Chol and other officials were punished, but there was no evidence they were executed and they may have been sent to a labour camp for re-education.

The newspaper reported that other officials had been punished, but not executed.

Kim Yong Chol, Kim Jong Un’s right-hand man and the counterpart to Pompeo before the Hanoi summit, had been sent to a labour and reeducation camp in Jagang Province near the Chinese border, the Chosun Ilbo reported.

Officials who worked with Kim Yong Chol have been out of the public eye since the summit, while seasoned diplomats who appeared to have been sidelined, including vice foreign minister Choe Son Hui, were seen returning to the spotlight.

‘It is an anti-Party, anti-revolutionary act to pretend to be revering the leader in front of him when you actually dream of something else,’ it said in a commentary.

Hong Min, a senior fellow at the Korea Institute for National Unification in Seoul, said it was possible Kim Hyok Chol and other officials faced some penalty but further verification was needed.

‘Executing or completely removing people like him would send a very bad signal to the United States because he was the public face of the talks and it could indicate they are negating all they have discussed,’ Hong said. 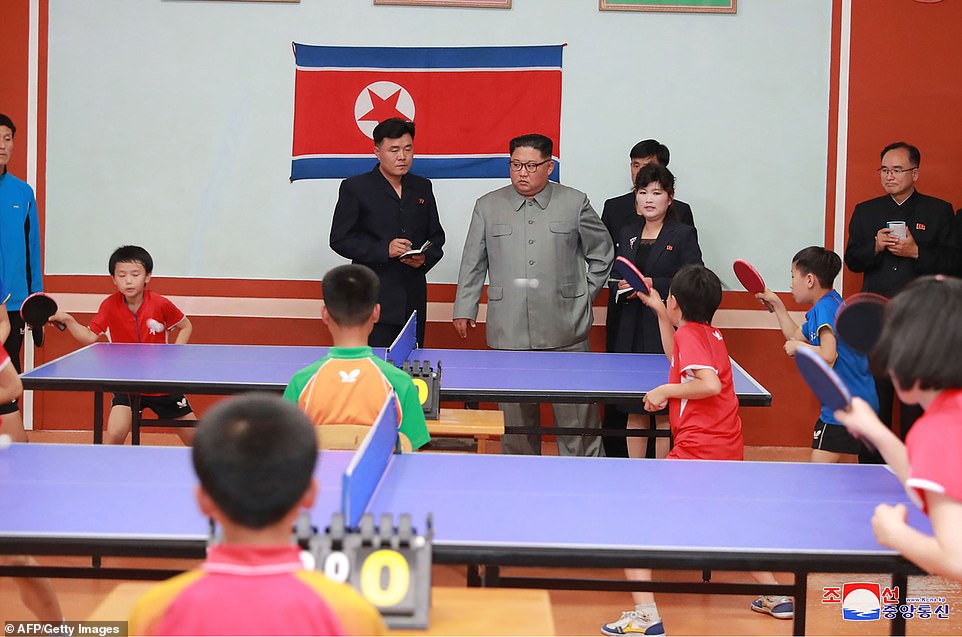 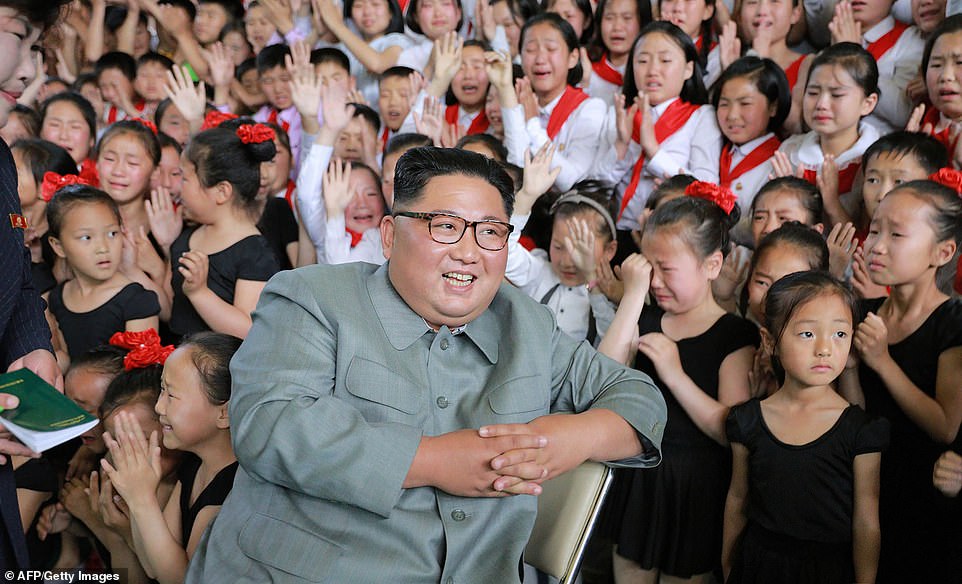