A "BEAUTIFUL" toddler died after swallowing a button battery the size of a 5p piece. 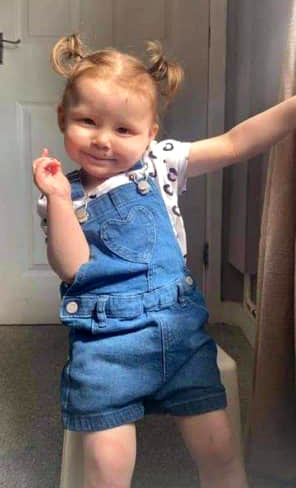 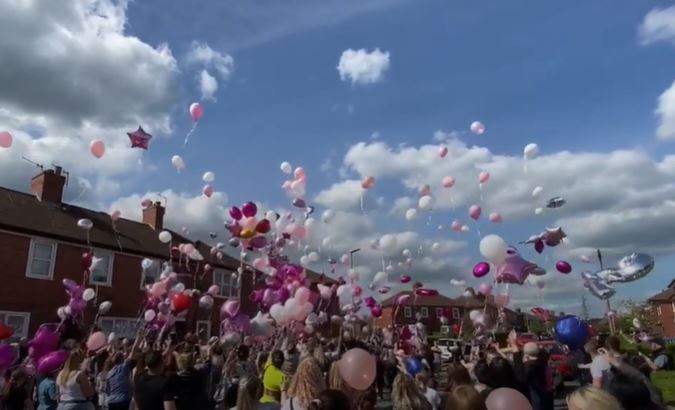 An inquest heard her older sister raised the alarm when she noticed something wasn't right.

The tot was raced to A&E where doctors administered nine units of blood after she lost half the blood in her small body.

Tragically the youngster died during surgery at Royal Stoke Hospital.

A statement from her devastated mum Stacey Nickin was read out in court yesterday, LeicestershireLive reports.

In it, she said: "Harper-Lee was into everything and developing well, there were no concerns for her. She was full of life and loved by everyone."

Ms Nickin said her daughter did have a "tendency to put things in her mouth" and had been eating lunch with her sister while she went to work.

"Half an hour later I received a call from my daughter, she said she had called an ambulance because Harper-Lee was vomiting blood," she said.

"I got home and there was an ambulance. She was taken to surgery and I was later told she had passed away while in surgery.

"I was told she may have swallowed a button battery." 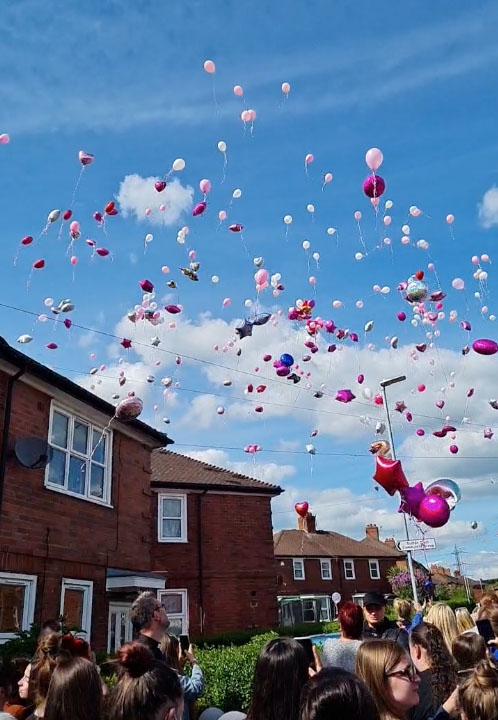 Ms Nickin later discovered a remote control with a missing battery in her daughter's bedroom following the May 23 tragedy.

The incident happened at the family home in Abbey Hulton, a suburb of Stoke-on-Trent.

She said: "She had a high blood pressure and looked pale. There was blood in her mouth. She had lost half of the blood in her body.

Dr Piggot added: "There were ulcerated lesions in the mid-oesophagus and a large red mark in the stomach which was a blood clot.

"The button battery caused erosion to the oesophagus. The leaked battery acid remained in her body."

What to do if your child has swallowed a button battery

North Staffordshire senior coroner Andrew Barley said Harper-Lee's death had been an accident with a cause given as "1A arrhythmia and 1B the complication of a haemorrhage".

He added: "There is a very clear concern about this in public health. It has affected lots of children."

Parents have been warned about the dangers of button batteries and urged to take children suspected of swallowing such batteries straight to A&E or call for an ambulance.

"But did you know that if they are swallowed they can badly injure, or even kill a child?

"Batteries react with saliva and if a child swallows a button battery it can burn holes and cause internal bleeding and even death.

"Tragically, a young child in Staffordshire has recently died from ingesting a button battery.

"If you think your child has swallowed a battery then taken them straight to the nearest A&E department or call 999 for an ambulance.

"The symptoms may not be obvious. Your child might be coughing, gagging or drooling, or pointing to their throat or tummy.

"Unclear or fluctuating symptoms mean it is important to be vigilant. Trust your instincts and act fast even if there are no symptoms."

Stoke-on-Trent Councillor Dave Evans, cabinet member for children and young people, said: "This was a tragic accident involving a young child and our thoughts are with the family at this sad time.

"We will be working closely with all our partners to raise awareness of the dangers of button batteries to try to prevent this happening again."

Everybody dressed in pink and white – the toddler's favourite colours – while a prayer was read out followed by the song How Far I'll Go from the soundtrack of the film Moana.

Paying tribute to the two-year-old, one friend said: "Rest in peace our sassy little friend. You will be truly missed by us all, you will never be forgotten, always in our hearts forever. Love you always."

What are the signs?

Other symptoms can include:

3. Appearing to have a stomach upset or a virus

5. Pointing to their throat or tummy

6. Having a pain in their tummy, chest or throat

7. Being tired or lethargic

8. Being quieter or more clingy than usual or otherwise ‘not themselves’

9. Losing their appetite or have a reduced appetite