Miss World Australia, who was trolled for being Muslim, leads beauty queens to Canberra to call for world peace – but want $93 million from the Australian Government to make it happen

Esma Voloder knows it sounds like a cliche for a beauty queen to call for world peace, but the Miss World Australia winner says it is a serious issue.

Ms Voloder and two other Miss World Australia contestants, are in Canberra to help World Vision call for world peace and a $93 million boost to Australia’s foreign aid budget.

The 2017 Miss World Australia, born in a refugee camp when her parents fled the Bosnian War in the 90s, said while her family was fortunate, others displaced by conflict weren’t. 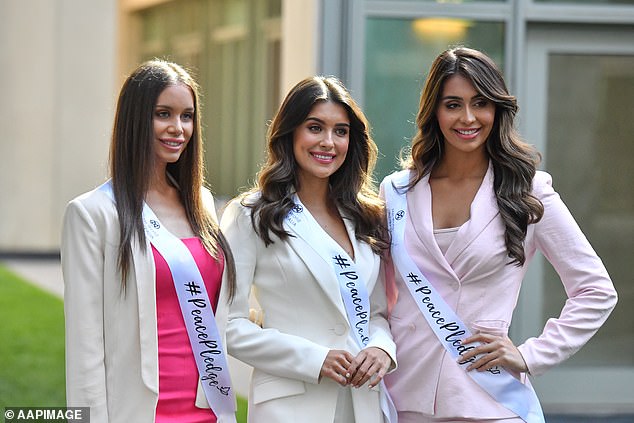 ‘(They’re) in some of the most emotionally distressing and physically challenging situations you can think of,’ Ms Voloder told reporters at Parliament House on Thursday.

The 27-year-old Muslim, was targeted by trolls when she took out the Miss World crown with some claiming her religious beliefs did not represent Australia.

She now works in psychology as a criminal profiler in Melbourne.

Ms Voloder said while there is a lot of ‘talk about peace, there is not enough action.’

‘We have to have faith in world peace, not just wish for it, but do something about it,’ she said.

‘This Peace Pledge is a tangible action that anyone can do, whether a child or parent, young or old, a CEO or a retiree.’

While she said having a Miss World Australia winner talk about peace could be seen as a cliche, Ms Voloder believes it is an important issue to discuss.

‘We live in a time of ugly wars and attitudes, where peace should be the ultimate goal and is needed more than ever,’ the 27-year-old said.

‘If lending my support to the peace pledge helps draw more attention to world peace, then maybe it’s a cliché we need.’ 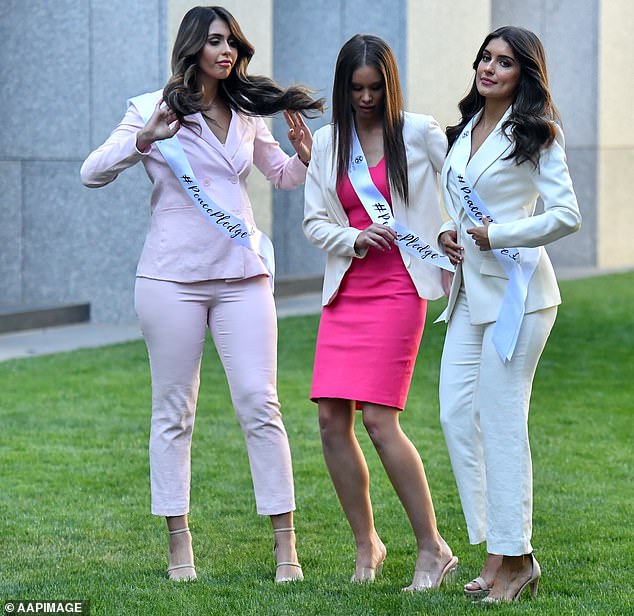 ‘That’s why we are signing this pledge – doing something real to make it happen, from donating food to a food bank, helping vulnerable children displaced by war.’

World Vision is also calling on punters to make a ‘Peace Pledge’, like taking a stand against racism or simply just getting to know your neighbour.

Spokeswoman Caelin Briggs says the group had several meetings lined up with MPs at parliament on Thursday.

‘In order to become a top 10 donor, Australia would need to commit at least $93 million in dedicated funding to conflict resolution,’ Ms Briggs said. 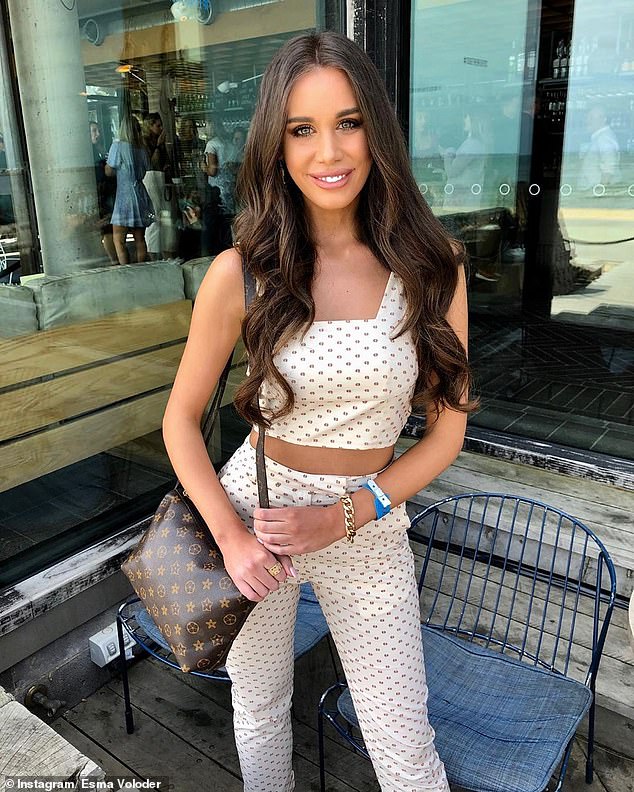 She said it was an achievable amount, especially next to the nation’s defence budget, and she even hoped to see the defence force give some of its own budget to help conflict resolution.

Australia is currently 13th when it came to the list of countries spending on conflict resolution, with Germany at number one.

A cross-party group of federal MPs earlier this year recommended a significant jump in Australia’s foreign aid funding, which has gone backwards under the coalition.

Even despite a scare in 2018 when the government realised China was making diplomatic inroads into the Pacific, the latest foreign aid budget revealed funding will decrease again.

A report released in April from the joint standing committee on foreign affairs, defence and trade recommended the foreign aid budget reach at least 0.5 per cent of gross national income within five years. 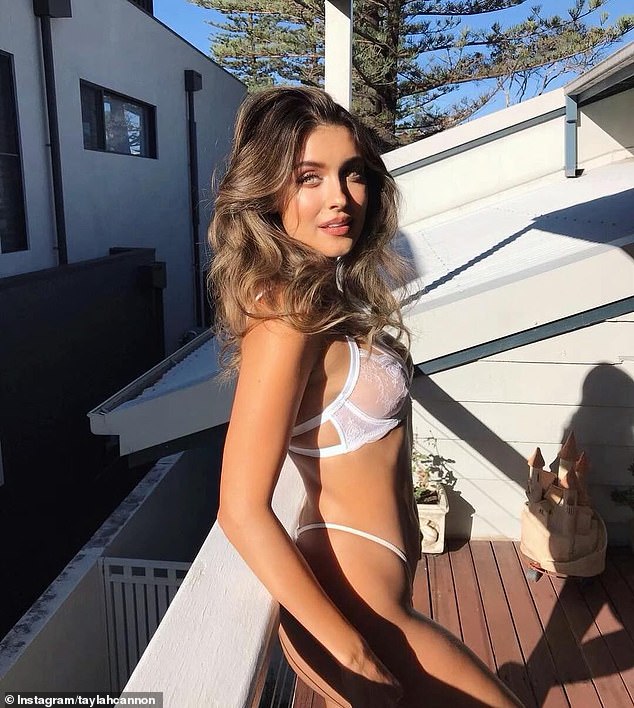 ‘Since 2013, the aid budget in cumulative terms has been reduced by over 30 per cent, and the ratio of (overseas development aid) to GNI is now at a ‘historic low’,’ the report said.

Australia spends just 0.23 per cent of GNI on foreign aid, but the MPs want to legislate a 0.5 per cent floor within five years and 0.7 per cent within a decade.

The foreign aid program also faces another problem – Australians don’t know what it does and vastly overestimate how much money the government sends overseas.

The report found that on average, Australians think 14 per cent of the entire national budget is spent on aid, while the real figure is below one per cent.

So the MPs recommended the aid program be rebranded ‘development partnerships’ to emphasise the mutual benefits of the funding.