A couple have captured footage of a ‘big cat the size of an Alsatian’ stalking the English countryside – sparking fears of a ‘beast of Somerset’.

Lisa Deere and her fiancé Nathan Deere  were out last Wednesday morning when they spotted the large black animal running across a field outside Yeovil, Somerset.

The 32-year-old claims she was so stunned by the sighting she forced to do a ‘double take’ and claims the size of the creature meant she was able to rule out it being a fox or a domestic cat, which she claims would have been covered by the ’10 inch’ grass. 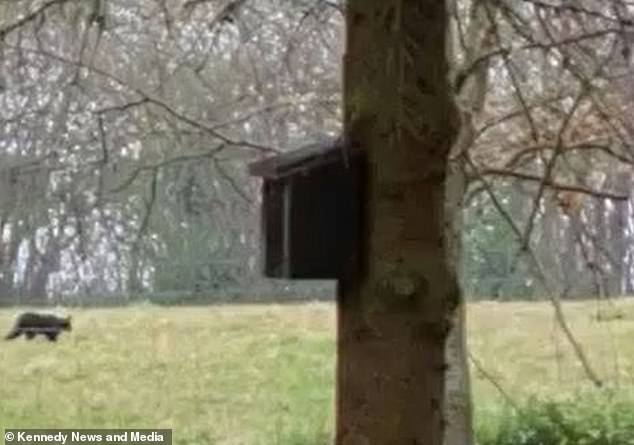 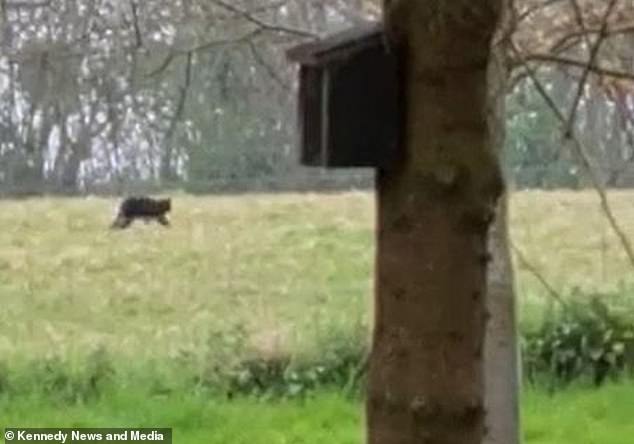 Only days before, their neighbour claimed to have spotted a ‘big black cat’ in the same field but Ms Deere says she remained unconvinced until she saw it with her own eyes, admitting ‘until you see it, you don’t believe it’.

Footage of their ‘unexpected’ sighting shows a four-legged animal stalking across a field, stopping to listen and look around before disappearing into the distance.

The clip convinced many of those who saw it being shared online, as they pointed out how the long grass only just obscured its feet, while others showed clips of house cats from a similar distance to show how small they are.

Ms Deere, of Yeovil, Somerset, said: ‘It looked like a big black cat – I definitely don’t think it was a domestic cat.

‘We’d say it’s the sort of size of an Alsatian and it actually looks like it’s got a longer tail than a normal cat anyway.

‘It was definitely big – we were standing in the middle of the field and it was quite a distance away and if you put a house cat in the field it [the grass] will probably cover it.

‘I don’t know much about cats but everyone on the yard was saying ‘oh, it’s a puma’ – it’s certainly not your normal average cat put it that way.

‘I’d say it possibly might be [a puma] – it’s one of those things that until you see it, you don’t believe it.’

Ms Deere said they caught a glimpse of the mysterious animal which was around 500 yards away for a few minutes and filmed it to prove they’d seen it before it dropped out of the camera’s view.

Lisa said: ‘It was just running across the field and I’m not sure where it’s living or if it’s in one of the local wooded areas – it’s not something you expect to see in the morning anyway.

‘I definitely had to do a double-take.

‘Obviously seeing it was a shock but at the same time you’re half looking out for it anyways because you want to see it for yourself.

‘When my neighbour mentioned it I thought ‘oh no, surely not’ but he was adamant and when you see it yourself you’re like ‘no, it was – I believe what he was saying now’.

‘I don’t know enough about cats to know if it is officially or not [a puma] – it’s certainly not a domestic cat and it’s bigger than a fox or anything like that.’ 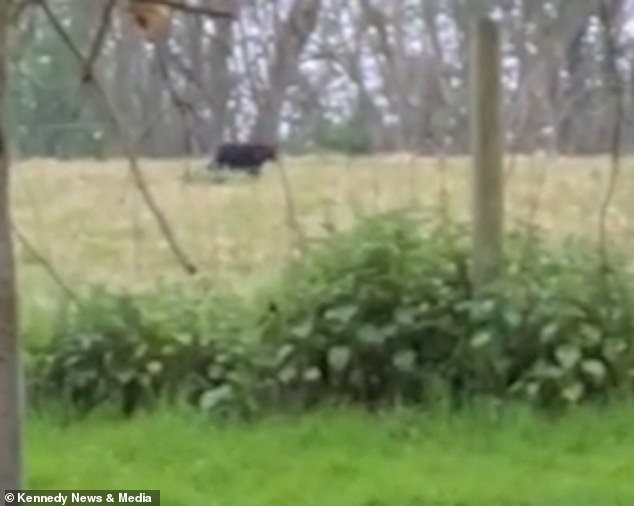