Boris Johnson is proposing to relax rules on planning so new homes can be built in the biggest shake-up of the system in 70 years.

The Prime Minister will put home ownership at the centre of the proposals to keep his new constituents in former Labour ‘Red Wall’ seats on side.

A planning bill, which is set to be included in tomorrow’s Queen’s Speech, will aim at expanding property ownership in areas where the Tories have recently won. 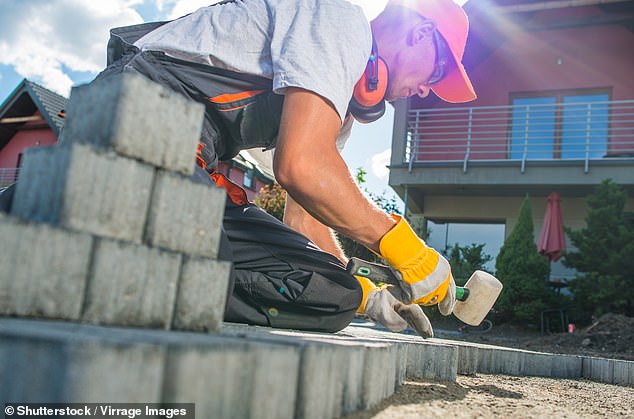 Boris Johnson is proposing to relax planning rules so homes can be built, making it difficult for homeowners to block new housing schemes, in the biggest shake-up in 70 years (stock image)

It will simplify the planning process, making it more difficult for homeowners to block new housing schemes, according to The Times.

It comes after a row last year over an algorithm that would have meant thousands of extra homes being built in rural Tory heartlands.

A new scheme to give discounts of at least 30 per cent to first-time buyers in their local area will be tested this year in Bolsover, Derbyshire – once a Labour town represented by veteran MP Dennis Skinner.

Priority will be given to key workers as well as armed forces veterans in the ‘first homes’ scheme.