BORIS Johnson risked inflaming the EU vaccines war tonight by saying “it was greed my friends” which helped Britain get the jab first.

The PM made the incendiary comments in a private address to Tory MPs over Zoom earlier this evening. 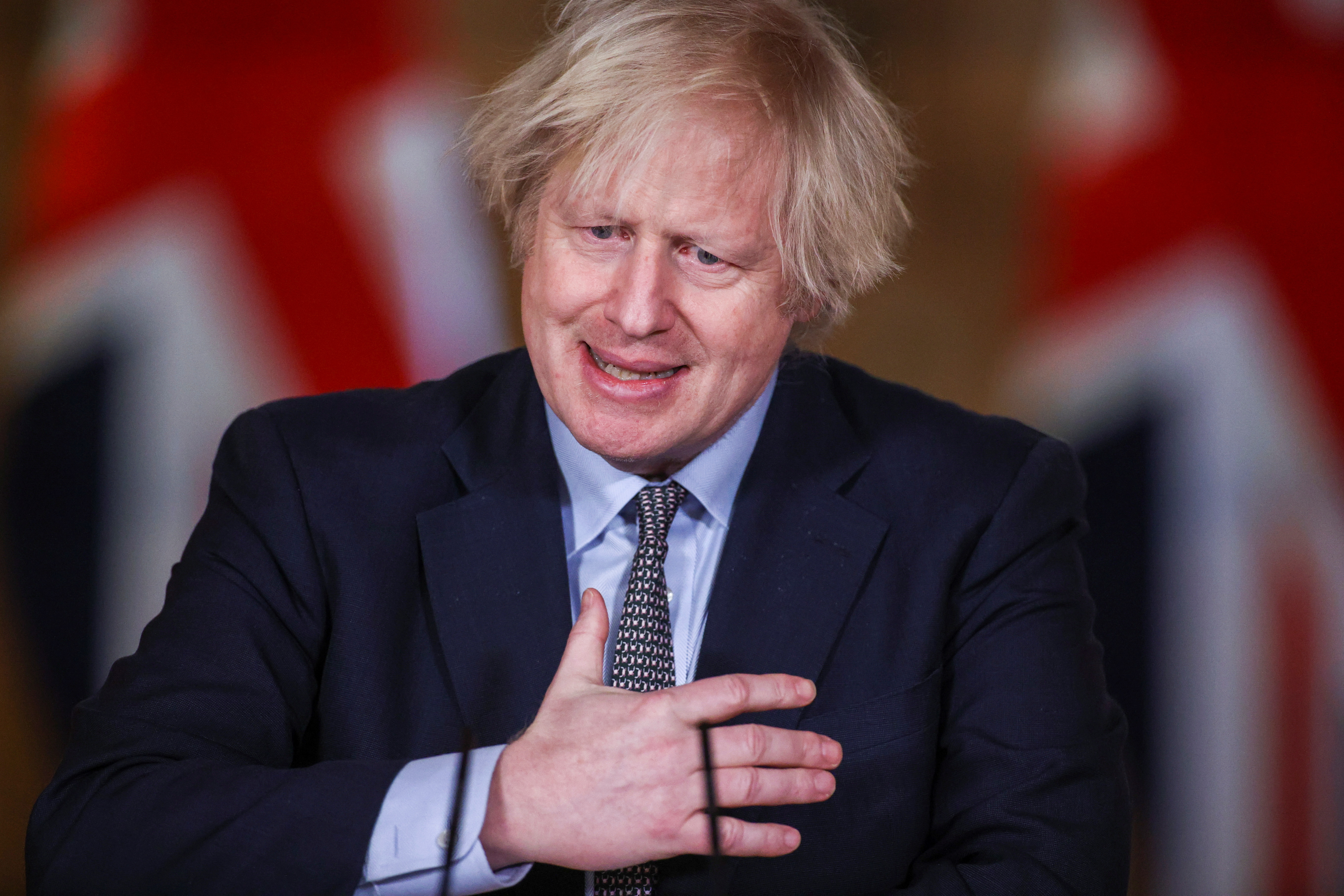 He also hailed the efforts of “big pharma” in manufacturing the life-saving jab in lightning-quick time.

Boris has spent days trying to dial down the rhetoric and pleading with European leaders to abandon their threat to slap an export ban on vaccines.
But he risked reigniting tensions with the continent last night as he boasted about how Britain got the jab first.

He told MPs at the 1922 Committee: "The reason we have the vaccine success is because of capitalism, because of greed my friends."

He later added: "Actually I regret saying it."

And he asked MPs repeatedly to "forget I said that".

Sources say Mr Johnson also singled out that AstraZenca were producing the vaccine at cost and thanked them for their brilliant work.

But witnesses say he hailed pharma giants, adding: "It was giant corporations that wanted to give good returns to shareholders.”

He added: "It was driven by big pharma – and I don't just mean the Chief Whip."

The PM's enforcer Mark Spencer was previously a farmer.

In his end of term address to Tory backbenchers, he also delighted them by savaging Labour leader Sir Keir Starmer.

He swiped: "You can take the lawyer out of Islington but you can't take Islington out of the lawyer.”

He also took aim at the BBC claiming there are "moments where they approach fairness" adding there is a "degree of instinctive metropolitan bias in the BBC newsroom".

He added: "It’s pretty clear from the whole Brexit experience that the BBC was pretty detached from a lot of its viewers and listeners and I hope they move more into line" with their viewers.

EU leaders have explosively threatened to block life-saving vaccine doses which are meant to be heading for Britain.

The chilling threat sparked fears of a global vaccine trade war and warnings Britain would be forced to block the export of key ingredients used in the Pfizer jab.

But after weeks of angry attacks, Britain and Germany appeared to be inching towards a compromise yesterday afternoon.

The PM told the No10 press conference tonight: "We don't believe in blockades of any kind of vaccines or vaccine materials. That's not something this country would dream of engaging in.

"We’ll continue to work with European partners to deliver the vaccine rollout."

Boris said he was "encouraged" by the attitude of EU capitals towards finding a solution.

And he didn't rule out sharing jabs from an AstraZeneca plant in the Netherlands.

But she backed a targeted crackdown on AZ jabs which were earmarked for Britain.