BORIS Johnson will today announce Britain is upping its number of nuclear warheads as the "ultimate insurance policy" in a dangerous world as he sets out his post-Brexit vision for the UK on the world stage.

The PM will deliver a statement to the House of Commons at 12.30pm on the conclusions of the Integrated Review, which will shape the future of our armed forces and foreign policy for a decade to come. 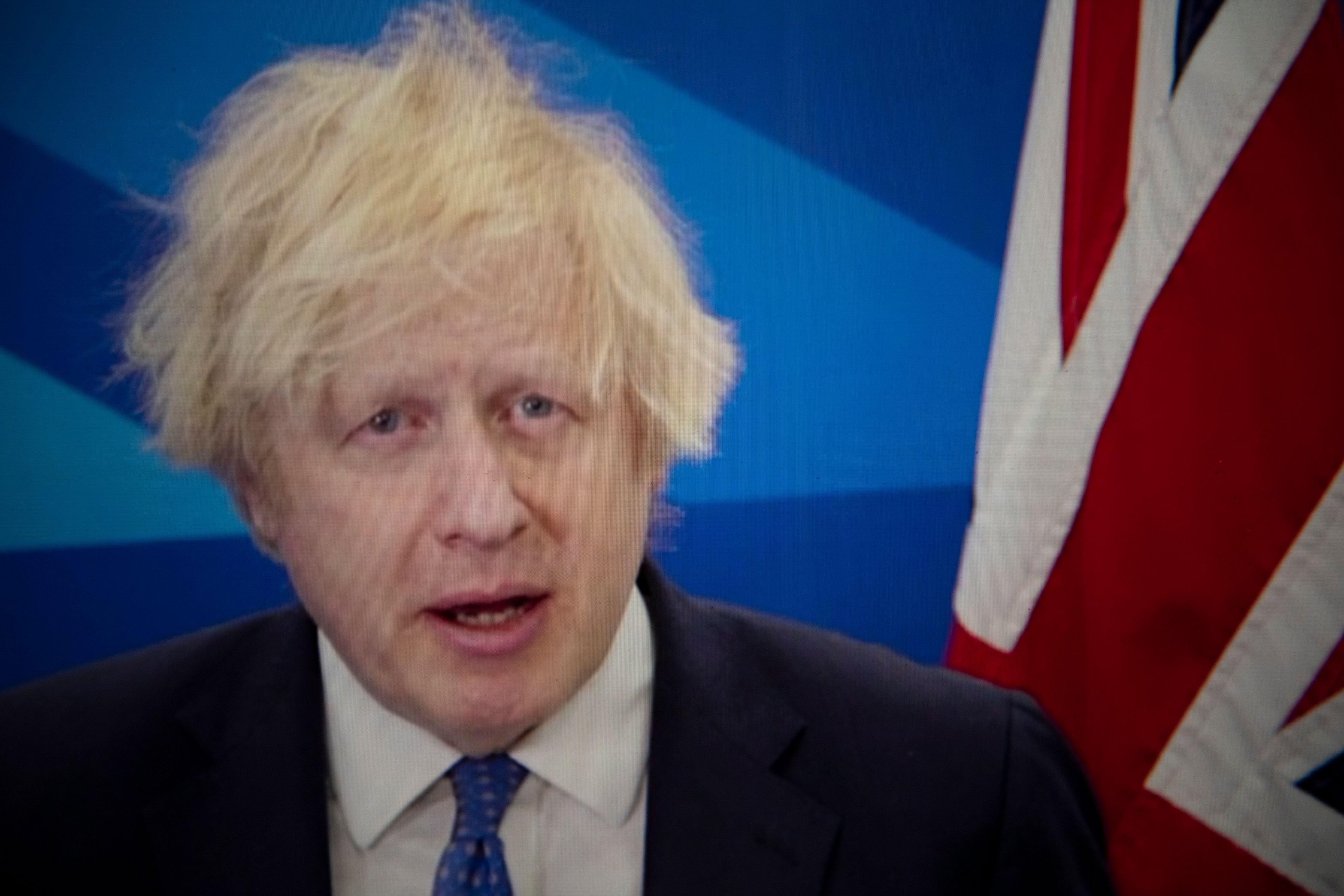 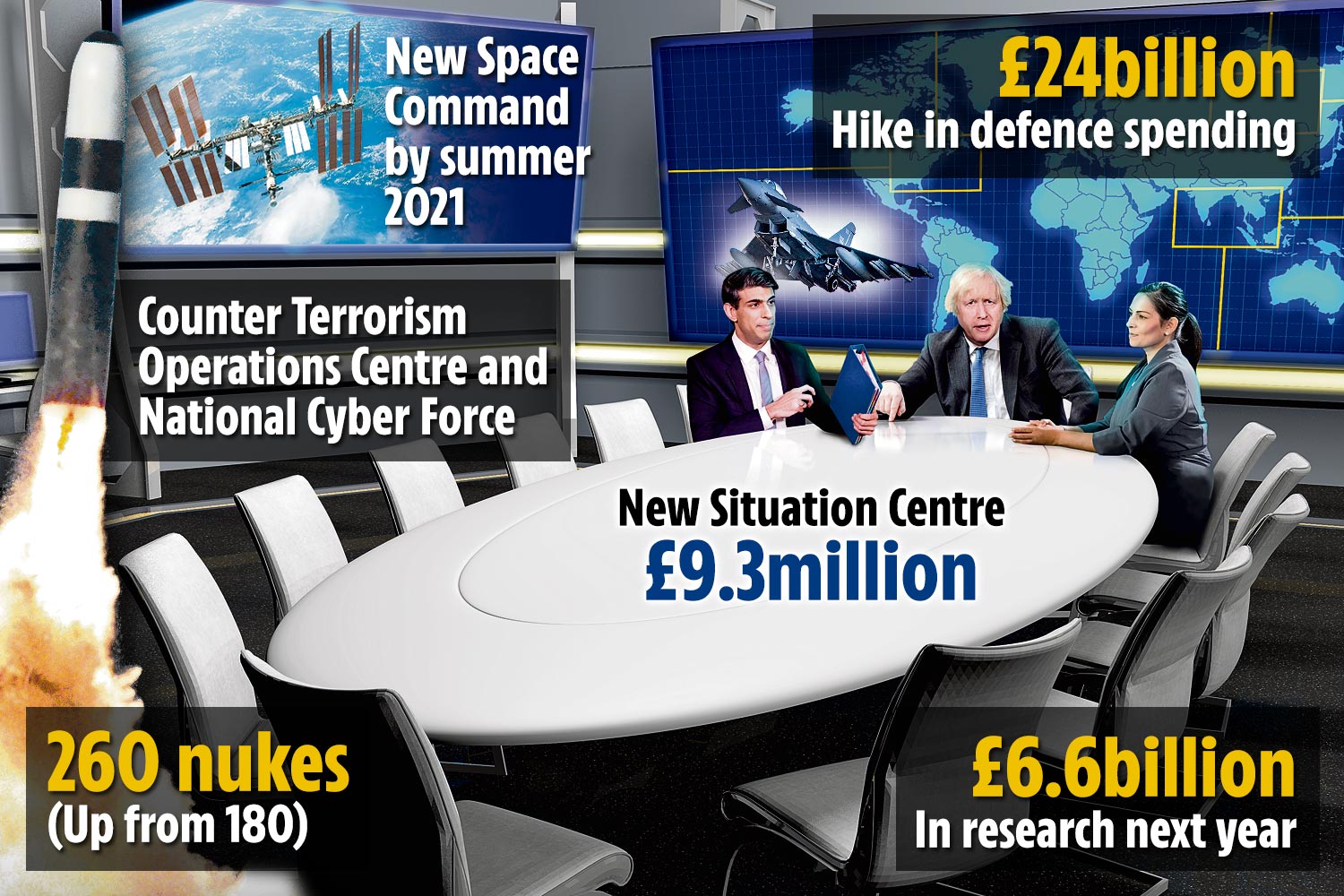 He is expected to say: "Having left the European Union, the UK has started a new chapter in our history.

"Few nations are better placed to navigate the challenges ahead, but we must be willing to change our approach and adapt to the new world emerging around us.

"Open and democratic societies like the UK must demonstrate they are match-fit for a more competitive world."

The Sun revealed last night the PM is to dramatically increase Britain’s arsenal of nukes in a dangerous post-Covid world – with terrorists poised for a successful nuclear or "dirty bomb" attack within 9 years.

Troops will serve overseas “more often and for longer” as Britain tries to carve out an aggressive role as the world’s policeman in the “new frontiers” of space and cyber-warfare.

The review is set to include:

Boris will also vow to “defend the integrity of our nation against state threats, whether in the form of illicit finance or coercive economic measures, disinformation, cyber-attacks, electoral interference or even – three years after the Salisbury attack – the use of chemical or other weapons of mass destruction."

Foreign Secretary Dominic Raab said the report will help create "better-paid jobs of the future" and "answer questions" about what role Britain will take on globally now we're outside the EU.

He said: "It talks about marshalling our strengths – we should feel self-confident about this country, about the ingenuity of our people, the strength of our union, our military clout but also our cultural brand abroad.

"It looks at how we take those comparative advantages, from trade to tech, from our hard military power to our development policy and our aid budget.

"And it sets out how we can create the better-paid jobs of the future but also how we can protect ourselves from threats, whether it is from the likes of Russia and China or pandemics or indeed climate change."

The nuclear deterrent will be upped from the current stock of not more than 180 warheads to not more than 260, amid fears other countries are "increasing and diversifying their nuclear arsenals.”

Mr Raab today confirmed the move to boost Britain's nuclear arsenal, insisting "over time as the circumstances change and the threats change, we need to maintain a minimum credible level of deterrent."

He added: "Why? Because it is the ultimate guarantee, the ultimate insurance policy against the worst threat from hostile states."

Mr Johnson's landmark overhaul of foreign and defence policy warns our way of life is under threat from rogue states, terrorists and even big tech firms – with Brexit giving the newly nimble UK a unique opportunity to become the West’s lynch-pin on the world stage.

But the review is likely to trigger major backlash after arguing Britain must seek closer economic ties with China and butchers Saudi Arabia while further freezing out the Russian menace.

Ahead of the PM's speech ex MI6 chief Sir Alex Younger warned Russia is "implacably hostile" to the UK and its allied countries, while China represents a "generational threat".

He said: "There's no doubt that China represents the generational threat and the reason for that is that the idea that China will become more like us as it gets richer, or as its economy matured, is clearly for the birds.

"That's not going to happen. On the contrary I expect China's Communist Party to double down on its ideology in the future.

"There's going to be an ideological divergence between us in the future, that's going to generate rivalry and reduce trust." 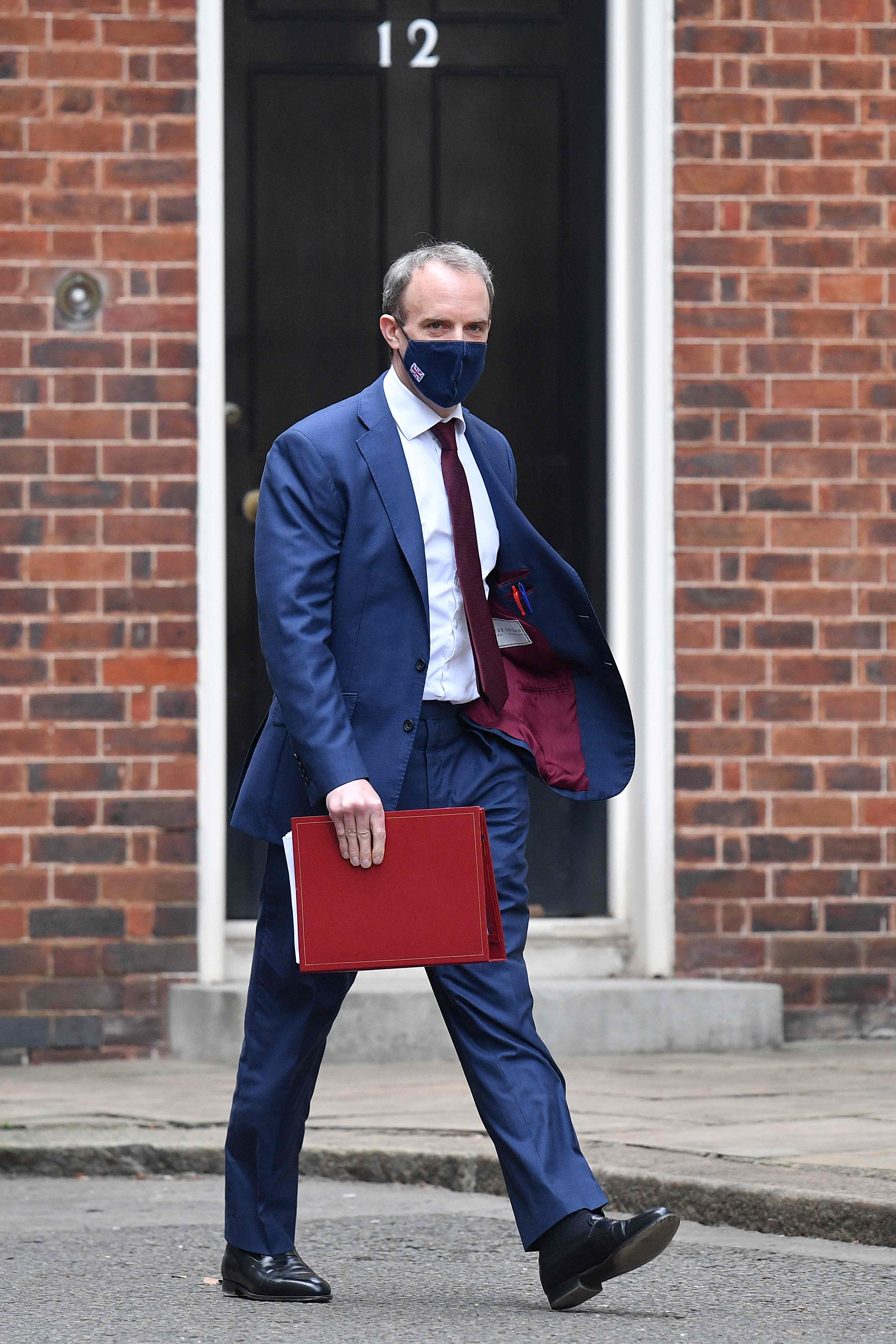 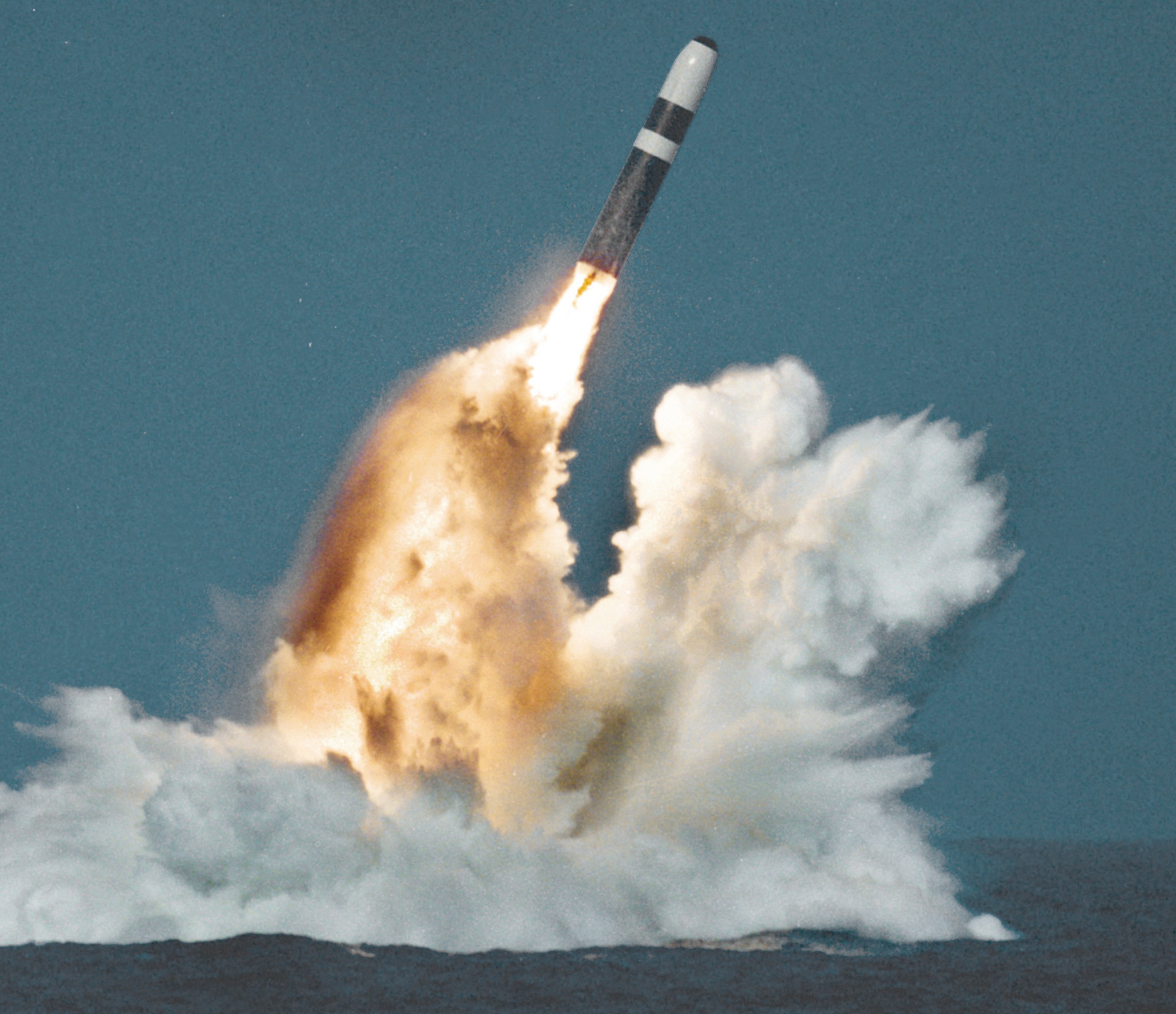 The review will starkly lays out that “the terrorist threat in the UK remains all too real – whether Islamist-inspired, Northern Ireland-related or driven by other motivations”.

The report warns “it is likely that a terrorist group will launch a successful chemical, biological or nuclear attack by 2030” with  a new cross-Whitehall Counter Terrorism Operations Centre set up.

Back home a 21st century Dad’s Army style “reservist cadre” will be recruited as a national disaster force, all run from a new high-tech £9.3 million Whitehall “Situation Centre” bunker coordinating spies and drones.

A leaked copy of the 114 page Integrated Review, due to be published on Tuesday afternoon, warns we “must do a better job of putting the interests and values of the British people at the heart of everything we do”.

Amid a crumbling world order it says defending “the status quo” was no longer enough.

And it warns Britain will have to fight harder and more creatively with all of the tools at its disposal, including cyber attacks, diplomacy and trade, to defend its values around the world.

PM will unveil a doom-laden vision of the world by 2030 that shows the threats to democracy heightened by the fall out of the pandemic – with a dramatic increase in new tech and modern warfare needed to keep Britain “match-fit.”.

Troops will serve overseas “more often and for longer” as Britain tries to carve out an aggressive role as the world’s policeman in the “new frontiers” of space and cyber-warfare.

They will “train, exercise and operate alongside allies and partners across all our priority regions” and “build the capacity of others to deter and defend against state threats and  where necessary, assist nations in countering non-state challenges” like terrorists.

As The Sun revealed two weeks ago, this will come alongside a dramatic increase in trade with Pacific region, focusing first on India where the PM soon.

Military bases will be revamped in Kenya, Oman, Singapore, Cyprus, Gibraltar and Germany so forces can respond more quickly – with a focus on the Indo-Pacific region.

Global Britain's new priorities will be shown off with a tour of the pacific later this year by the Queen Elizabeth II aircraft carrier.

International aid will return to 0.7% of UK output after Covid passes, but the report says this should be refocused "more strategically" and include grants to allied developing countries that could "include support to high-quality infrastructure."

In space we will “create shared rules in frontiers such as cyberspace and space” overseen by the nascent Space Command and a new National Cyber Force will us offensive hacking to “detect, disrupt and deter our adversaries”

The PM wants to lead the charge shaping the unstable post-pandemic global order with a proactive push into space and cyber-warfare as well as a massive £24 billion increase in defence spending.

Science and technology will be treated as a matter of National Security, with £6.6 billion to  give Britain “an enduring military edge in areas including space, directed energy weapons, and advanced high-speed missiles”.

Mr Johnson says it is "our aim is to have secured our status as a Science and Tech Superpower by 2030."

Ambitious plans to modernise the armed forces will see billions of pounds worth of old kit axed, including tanks, planes and warships.

Rivals are using “novel nuclear technologies and developing new ‘warfighting’ nuclear systems” in a bid to “coerce others.”

But the RAF is set to lose 24 Typhoons jets, its 13 strong fleet of Hercules transport planes and the Queen’s four remaining VIP jets.

The Navy will lose two specialist sub-hunting frigates, HMS Montrose and HMS Monmouth, as well as its 13 strong fleet of minehunters which are due to be replaced by drones.

The Army is set to bear the brunt of the cuts with commanders braced to lose 10,000 personnel, four infantry battalions, 77 tanks and 760 Warrior fighting vehicles.

And the government will run a series of national level rehearsals to prepare for future crises.

"As threats change our armed forces must change," a spokesperson said.

"They are being redesigned to confront future threats, not re-fight old wars."

The Armed Forces will be fully staffed and equipped to confront those threats."

But Dr Alan Mendoza, executive director of the Henry Jackson Society, said the leaked report "says loud and clear that Global Britain is back.

"It also makes clear we must be aware of the very real threats to our way of life", he added.

"Out of the EU, we will now be able to take on the global big beasts of China and Russia with a nimbler and better equipped national force.

"260 nuclear warheads sends a message loud and clear to our adversaries that Britain will defend itself by all means necessary."