Boy, 14, is feared drowned after he was last seen playing in the North Sea off Hartlepool

A 14-year-old boy is feared to have drowned after he was last seen playing in the sea off Hartlepool on Thursday.

Matthew Sherrington was playing in the water near Steetley Pier at the Headland on the evening of July 15 when he vanished.

The area is known to have rip currents, with warnings seen attached to sign posts near to the beach.

An extensive search was launched to locate the teenager but the coastguard has since stood down.

Officials believe it would not have been possible for the child to survive in the water for this long.

A spokesperson for Cleveland Police said yesterday (FRI): ‘Police are conducting searches on the beach area of the Headland in Hartlepool in a bid to find missing Matthew Sherrington aged 14. 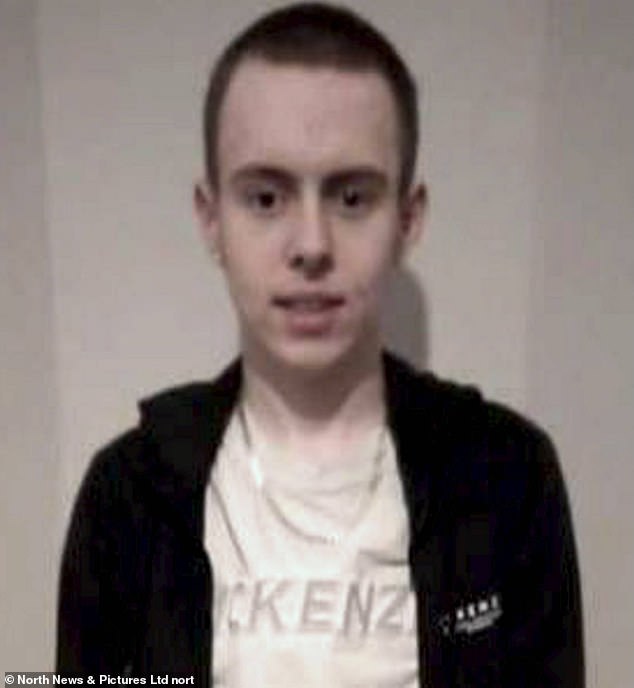 Matthew Sherrington, 14, (pictured) disappeared while swimming in the North Sea off Hartlepool on Thursday evening

‘It was reported that Matthew had been playing in the sea and hasn’t been seen since this sighting.

‘Officers immediately searched the beach and sea area along with coastguard colleagues but have not managed to locate him.’

Hartlepool RNLI volunteers launched two lifeboats on Thursday evening, and searched all through the night before standing down.

He said: ‘We have carried out an extensive search for a total of 13 hours of the area during Thursday evening and the early hours of Friday morning working alongside our Coastguard and Police colleagues and have continued to do so until instructed by Humber Coastguard to stand down.

‘Once again I have to praise the outstanding commitment and professionalism shown by the volunteer crew during the search.’