NINETEEN people have died and more than 30 injured in a tragic coach crash.

A child and five teenagers are among the fatalities after the tourist bus, bound for the beach, veered off a steep mountain road in southern Brazil. 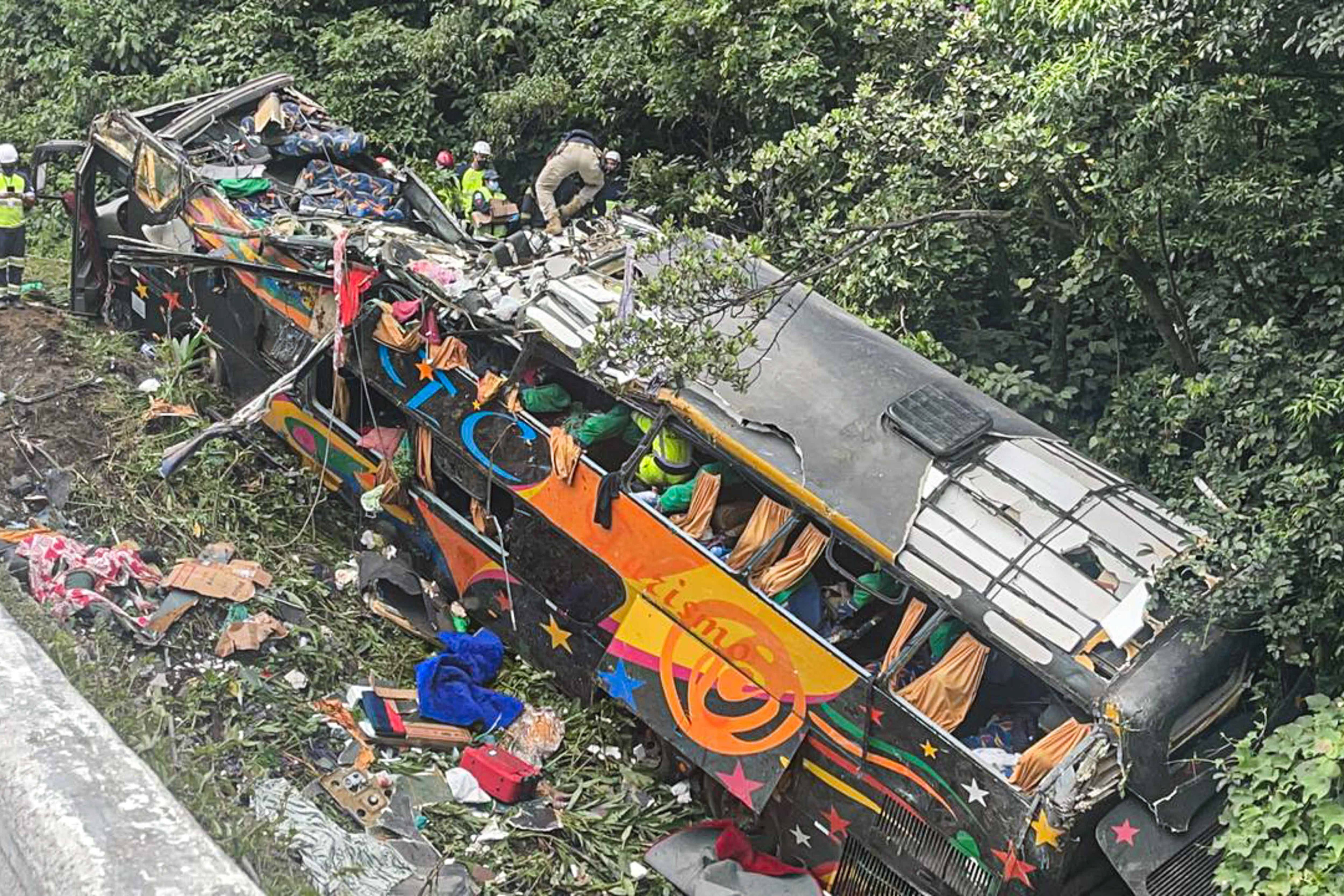 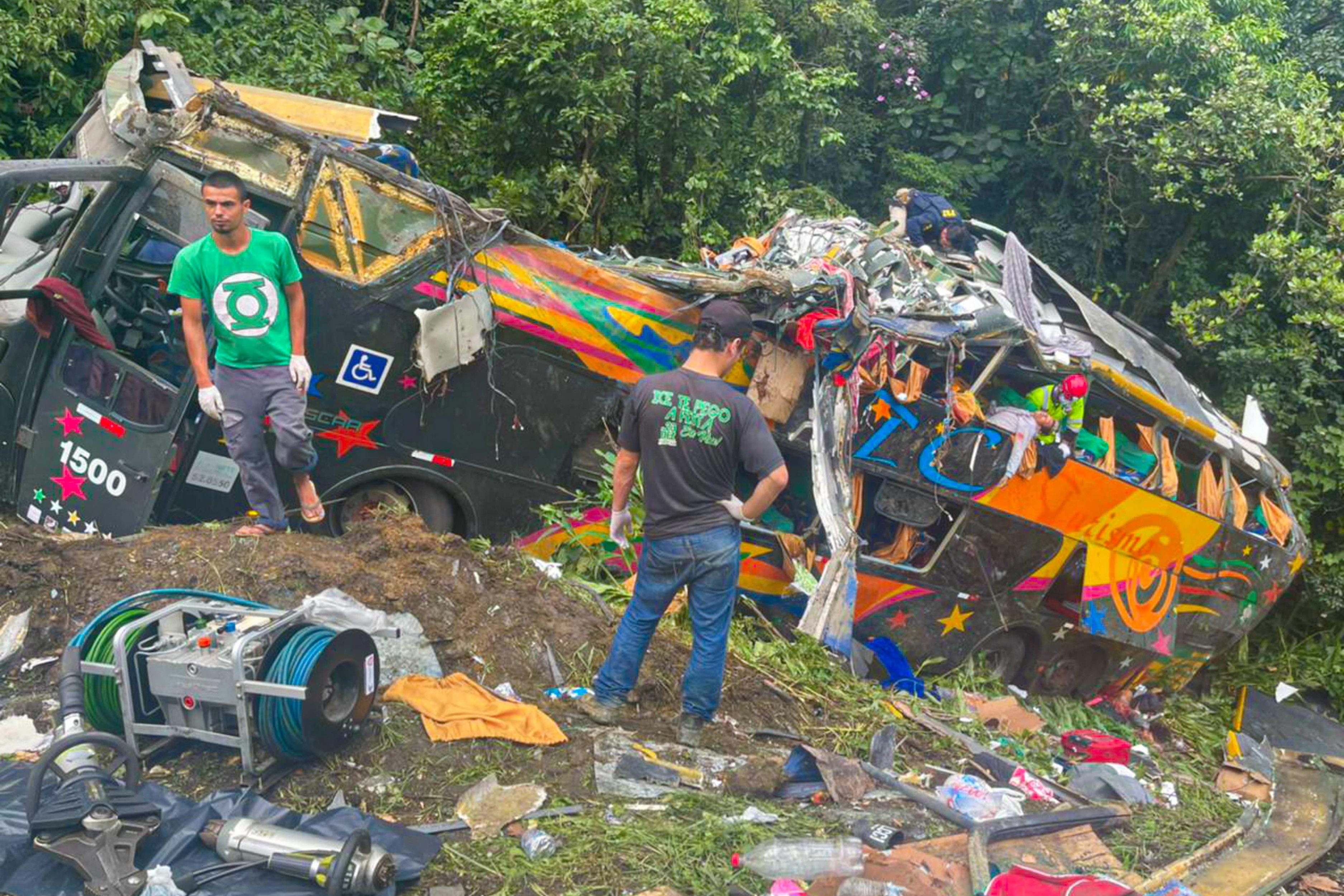 The driver is said to have careered off the road around 8.30am local time near a bend called Curva da Santa on a 900-mile long system of mountain ranges.

"There’s no way of knowing at the moment if a mechanic failure occurred.

“The vehicle plunged down a bank but fortunately didn’t fall any further to a river below because otherwise the number of dead would have increased significantly.”

Initial reports put the number of dead at 21, but medics have now clarified there have been 19 fatalities.

Seven of the 33 people injured are said to be in serious condition.

The tragedy occurred on the BR-376 road near Guaratuba, a city in the southern state of Parana which is considered to have one of the region’s most beautiful beaches.

The passengers on board have been described as tourists.

Pictures from the scene showed the coach at the bottom of a steep embankment on its side.

The metal of the bus is twisted and completely concave in parts, with debris littering the steep hillside.

Hero emergency workers were pictured removing victims from the wreckage and rushing them to hospital.

The coach was reportedly on its way to the major beach resort city of Camboriu in the southern Brazilian state of Santa Catarina.

No other vehicles are said to have been involved.

The coach driver is understood to have cheated death and has been taken away for questioning.

A total of 54 passengers were on board the coach at the time along with two drivers.

It had come from the northern Brazilian city of Ananindeua. 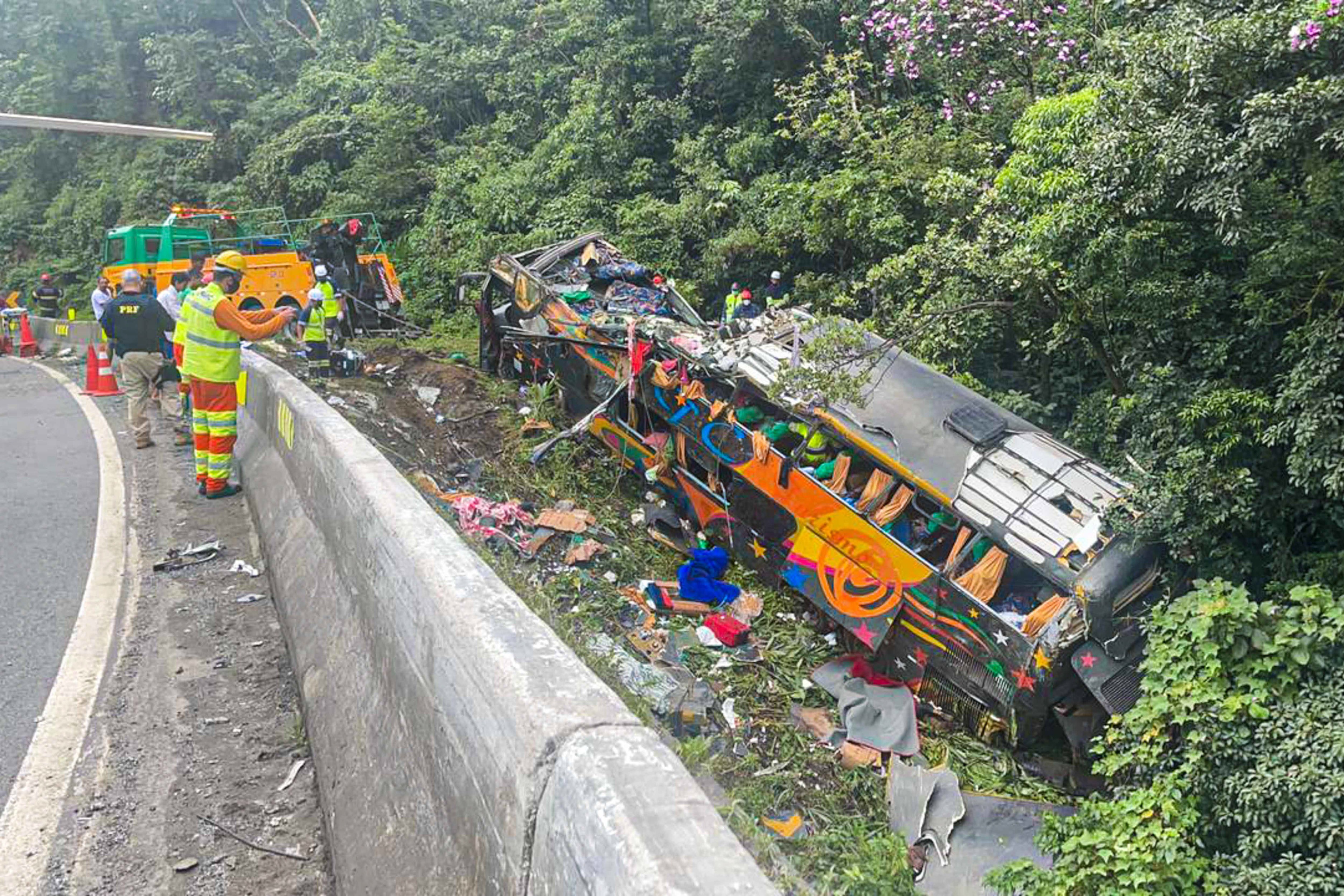 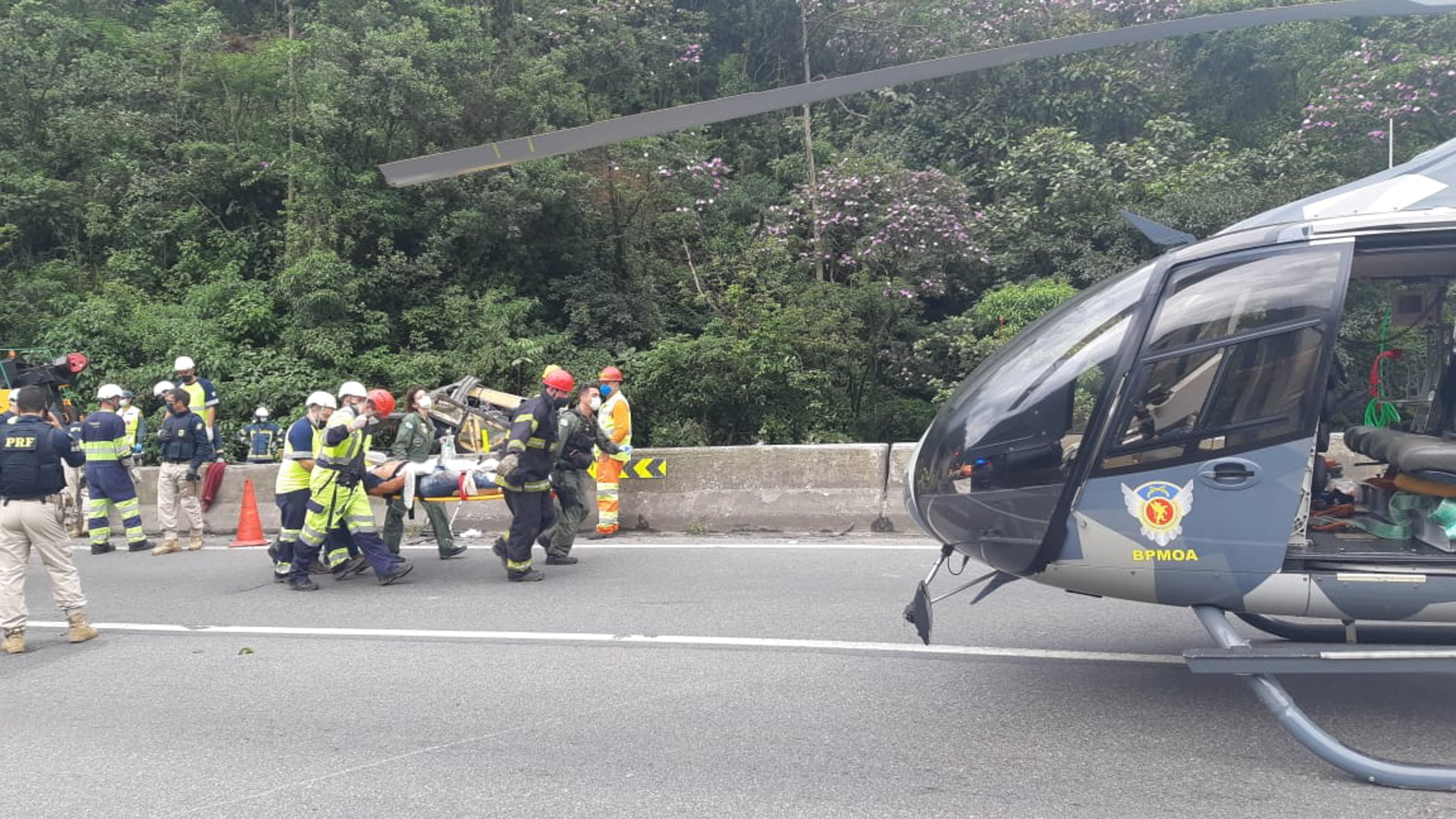 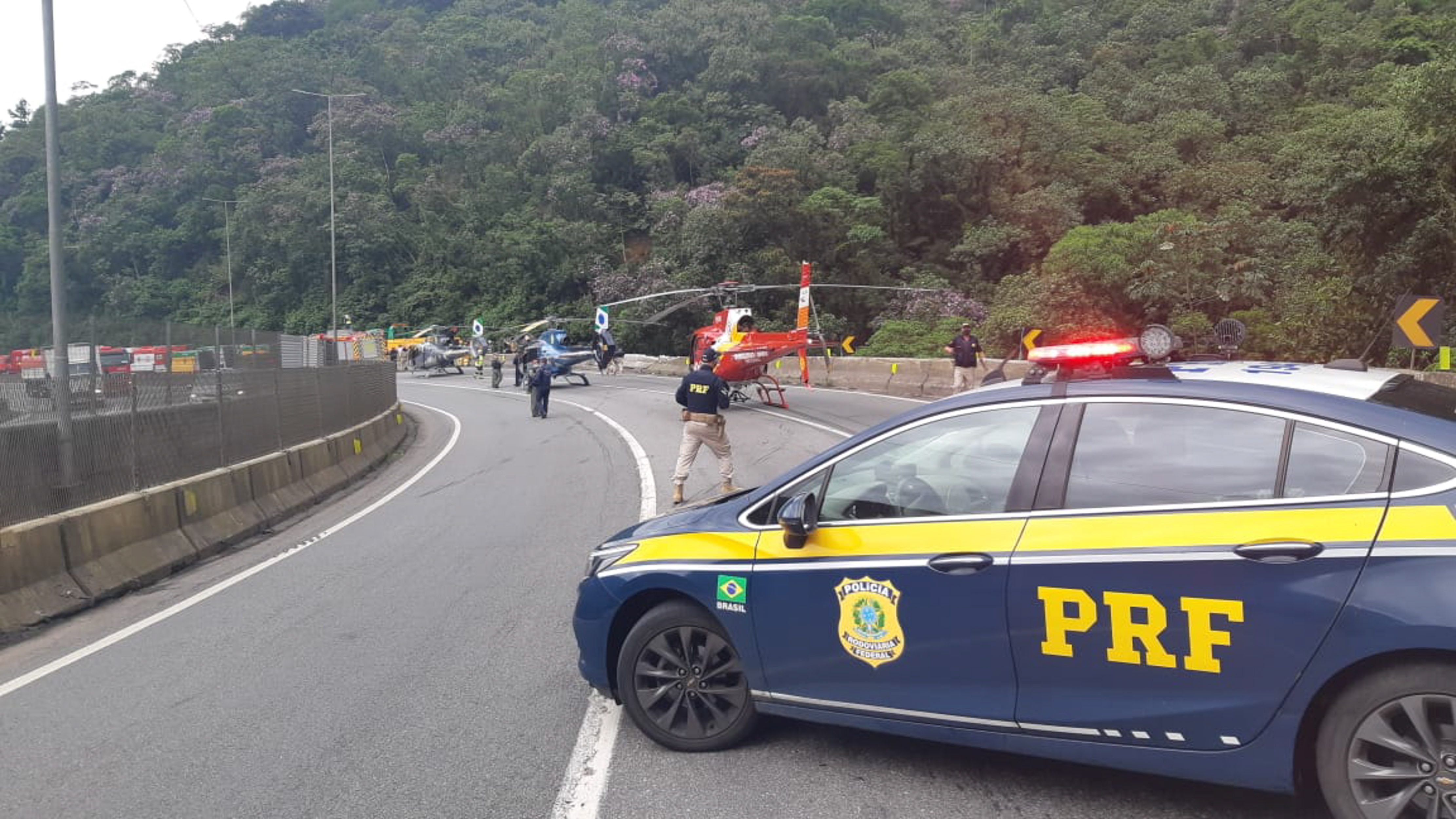