This is the moment a quick-thinking obstetrician delivered his wife’s baby girl inside the elevator of their central Brazil apartment building.

Dr. Danilo Almeida was at his office on September 19 when Déborah Bittar alerted him that she was about to go into labor.

Almeida rushed home and was escorting the now mother-of-two girls into the elevator for a trip to the hospital in Anápolis when she suddenly sensed that baby Júlia was about to come into the world. 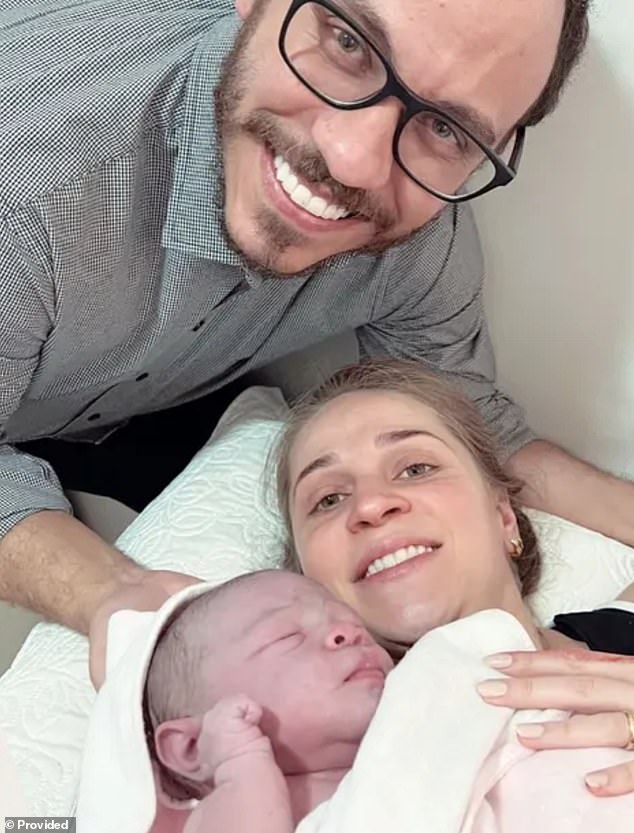 Dr. Danilo Almeida delivered his second daughter, Júlia, after his nutritionist wife, Déborah Bittar, went into labor in the elevator of their apartment building September 21. The family revealed footage of the couple’s second daughter on the doctor’s Instagram account last Wednesday 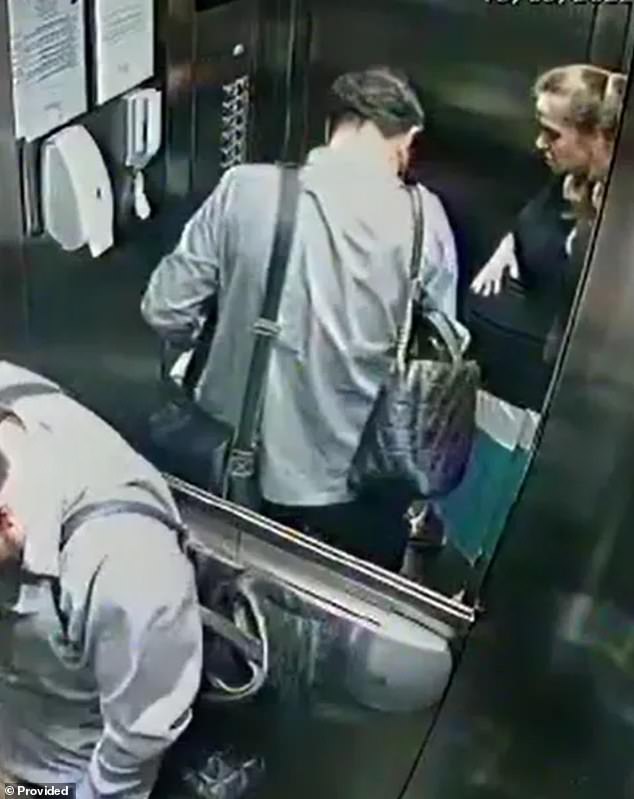 Déborah Bittar touches her belly when she felt a contraction just seconds before she gave birth to her second daughter, Júlia, inside the elevator of her apartment building in Anápolis, Brazil, on September 21

Footage of a surveillance camera video that the family shared last Wednesday on the doctor’s Instagram account shows Bittar, a nutritionist, standing by the elevator door as it was about to close.

She places her hand over her belly while feeling a contraction and then squats when she feels that she is about to give birth. She subsequently extends her hand out to prevent the door from closing.

‘It was all very fast and incredible,’ Almedia said, as quoted by Brazilian news portal G1. ‘I went home and saw that she was already eight centimeters dilated. We were going to the hospital, but Júlia decided to be born in the elevator.’ 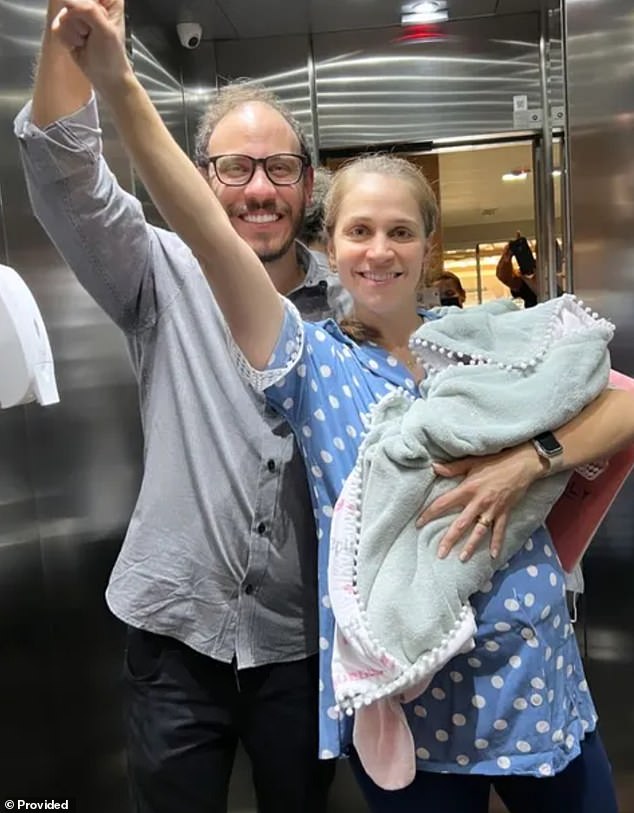 Dr. Danilo Almeida, an obstetrician in Anápolis, Brazil, with his wife Déborah Bittar after he delivered the couple’s second baby in an elevator in September 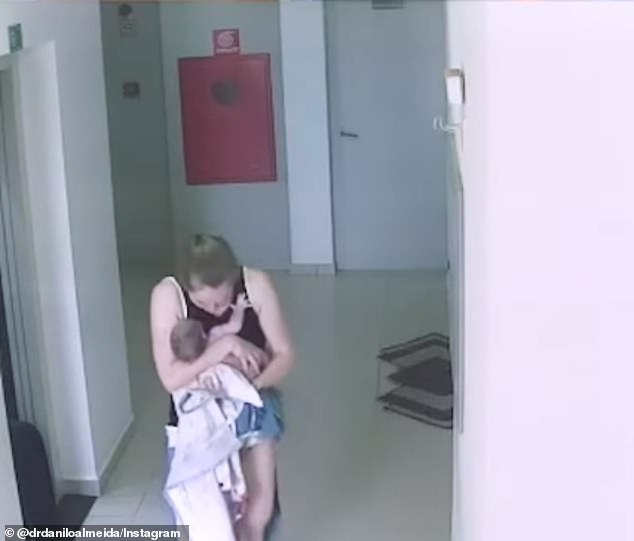 Déborah Bittar texted her husband at work to let him know that she was about to go into labor before she gave birth to her second daughter, Júlia

Almeida, who says he has delivered more than 5,000 babies, is seen in the video dropping his wife’s bags on the floor and then placing the Júlia in Bittar’s lap before he cut the umbilical cord.

Moments later, Bittar is walking down the hallway while holding her daughter in a blanket.

‘Everything happens in our life,’ she said.

Almeida recalled that the birth of the couple’s two-year-old daughter, Amanda, was normal, but that Júlia’s was a bit shocking.

‘Most of the deliveries I have are normal,’ he explained. ‘So-called “jet-births” last less than two hours. I’ve seen others, but this one took me by surprise.’