The angry bride-to-be has now been jailed for the brutal attack on her former best friend Carol Clarkson, 32.

Hoaken attacked Clarkson outside the block of flats where they were both living at the time after learning of herboyfriend’s infidelity with her best mate.

Seeing red, Hoaken grabbed her friend by her hair and flung her to the ground, knocking her out cold.

Clarkson suffered a fractured skull and bleeding on the brain as a result of the March 29 attack.

At the time of the incident, Hoaken, of Blackall Road, Exeter, was immediately arrested and has remained in custody for most of the time since.

The scorned bride plead guilty to causing grievous bodily harm at Exeter Crown Court and was jailed for 10 months by Judge Timothy Rose.

Judge Rose told her: “Miss Clarkson was going to be the maid-of-honour at your proposed wedding. It became apparent to you there had been some form of sexual infidelity between her and your husband-to-be.

“You were no doubt particularly hurt and angry with her. I understand your position. You saw her and approached her from behind without any warning at all. 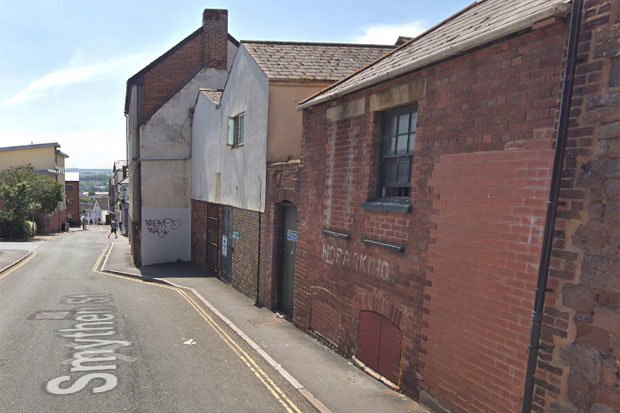 “She did not intend to cause any injury of the sort that she did. She is deeply shocked and remorseful.”

Prosecutor Mr Simon Burns said Hoaken had admitted to being eight out of ten on a drunkenness scale when she attacked Clarkson just before 7pm on Smitten Street, Exeter.

Mr Burns confirmed Clarkson had suffered a fracture to the front left portion of her skull, which left her unconscious.

The wedding has been postponed indefinitely.