The Denver Broncos took the field with heavy hearts Sunday after the loss of former wide receiver Demaryius Thomas, who died Thursday at 33 years old.

They paid tribute to their fallen former player by opening Sunday's game on offense with just 10 men on the field, leaving the 11th spot open in honor of Thomas as receiver Courtland Sutton remained on the sideline.

The Lions declined the 5-yard penalty for not having enough men on the field, and play got underway. 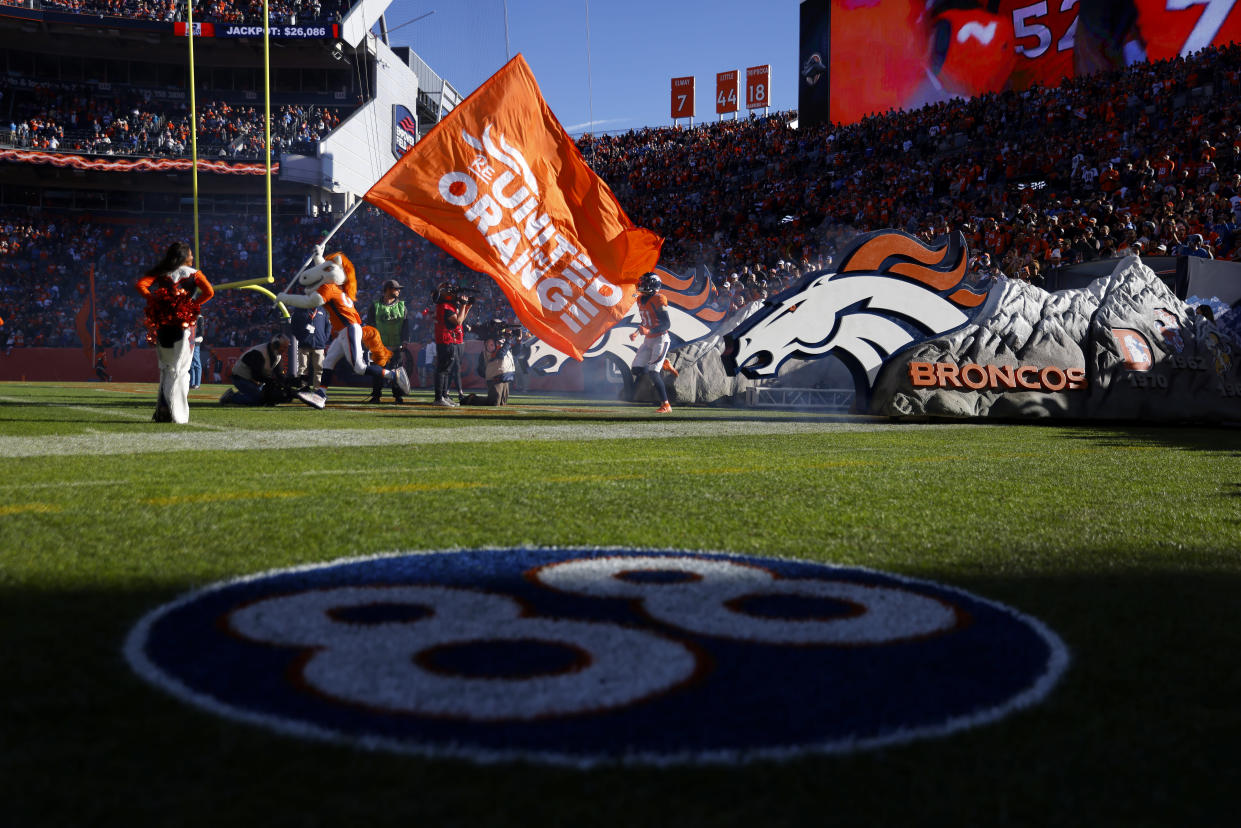 The tribute was one of several in Denver on Sunday as fans and players remembered the beloved former Bronco. A memorial for Thomas was set up outside Empower Field, while Thomas' No. 88 was painted on the turf inside the stadium.

There are many emotional fans paying their respect to Demaryius Thomas outside of the stadium. pic.twitter.com/iHUNyG0Hu7

Police found Thomas dead in his Roswell, Georgia, home on Thursday, six months after his retirement from the NFL. The cause of death is unclear, but Thomas' cousin LaTonya Bonseigneur told the Associated Press that he had a history of seizures and that his family believes he suffered one while showering, leading to his death.

Thomas played nine seasons in the NFL, eight of them with the Broncos. He made four Pro Bowls with the Broncos and was a key member of the 2015 team that won a Super Bowl.