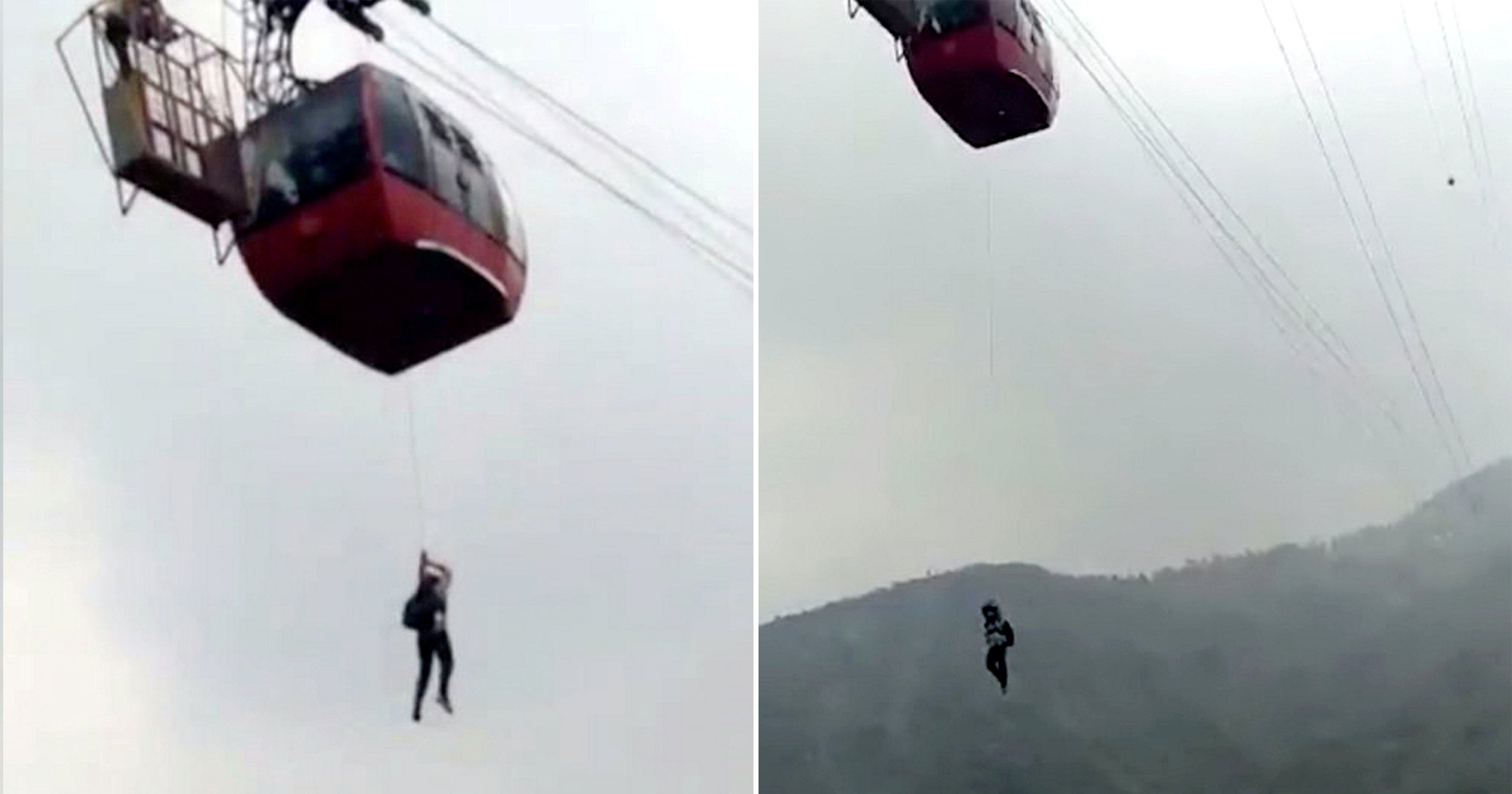 Imagine, just for a moment, what you might consider doing if you became stuck in a cable car while on holiday.

Cry? Panic? Await your fate, which is hopefully being rescued in a helicopter or the cable car being fixed?

Well, just imagine you were given a rope and asked to climb down while dangling in midair.

Because that was the reality today when some people became stuck in a cable car in India.

Some tourists were enjoying the views along the Parwanoo Timber Trail, in the northern Shivalik mountain ranges, when the car broke down.

A group of 11 people were stranded from more than an hour before the emergency services arrived to help.

Eventually the fire service and police decided to evacuate the cable car with a good old fashioned rope.

Terrifying video footage shows one of the trapped tourists lowering himself down.

Another cable car was later used to rescue the people who could not climb down, such as children and elderly people.

The rescue is still ongoing.

At the beginning of this year nearly two dozen people had to be rescued from a cable car at Sandia Peak near Albuquerque, in New Mexico, after it became stuck in ice on the cables.

They were stranded overnight for New Year and there were no injuries – but those involved were said to be ‘frustrated’.