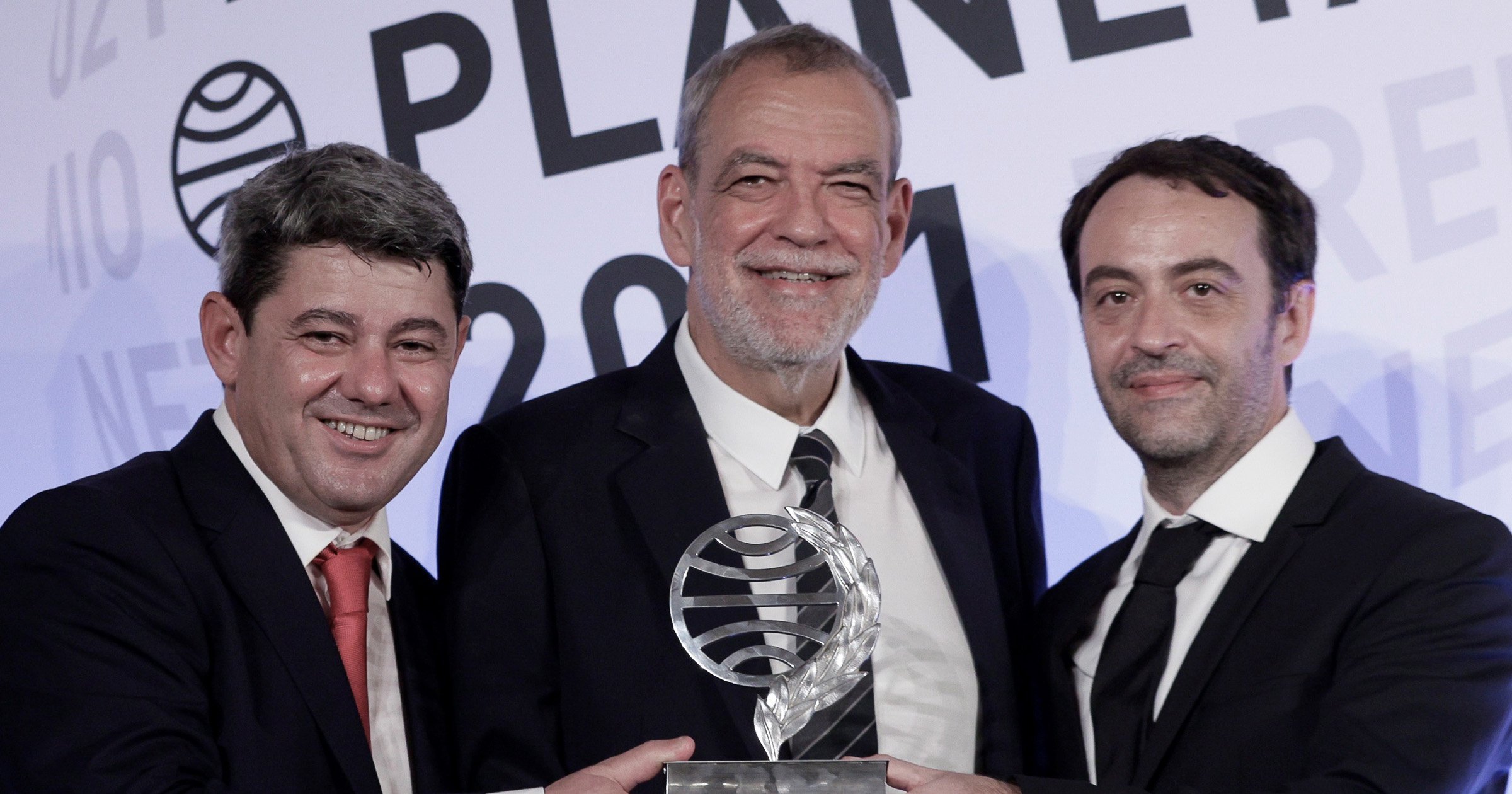 A renowned female author behind a series of ultra-violent Spanish crime novels has turned out to be a pseudonym used by three men.

When ‘Carmen Mola’ won the the €1million (£845,000) Planeta literary prize, her creators decided to finally reveal themselves.

It was already well known that Mola was a pseudonym, but many will have been surprised to see the middle aged male trio walk on stage and explain themselves.

Their lead character is detective Elena Blanco, a ‘peculiar and solitary woman, who loves grappa, karaoke, classic cars and sex in SUVs’, according to publisher Penguin Random House.

However she does not feature in the novel that won the Planeta prize, La Bestia, which is about a serial killer in an 1834 cholera epidemic.

Mola was previously promoted on her website as being a university professor and mother-of-three who greatly valued her privacy.

In a previous interview the authors said they needed anonymity to ‘protect a settled life that has nothing to do with literature’.

But Spanish newspaper El Mundo previously noted: ‘It hasn’t escaped anyone’s notice that the idea of a university professor and mother of three, who taught algebra classes in the morning then wrote ultra-violent, macabre novels in scraps of free time in the afternoon, made for a great marketing operation.’

Spain’s Women’s Institute included Mola’s novel ‘The Girl’ in a list of books by female authors that ‘help us understand the reality and the experiences of women’.

But the three men, all in their 40s and 50s, denied choosing a female pseudonym to help sell their books.

Martínez said they came up with the name Carmen after ‘a minute and a half of throwing around names of men, women, foreigners’.

They told Spanish newspaper El País: ‘We didn’t hide behind a woman, we hid behind a name. I don’t know if a female pseudonym would sell more than a male one, I don’t have the faintest idea, but I doubt it.’

But not everyone is convinced, including feminist, writer and activist Beatriz Gimeno.

The former Spanish Women’s Institute tweeted: ‘Quite apart from using a female pseudonym, these guys have spent years doing interviews.

‘It’s not just the name – it’s the fake profile that they’ve used to take in readers and journalists. They are scammers.’