Repeat child rapists will be sent to penal colonies in the ARCTIC for life under new proposals in Russia following horrific kidnap, rape and murder of girl, five

Russia is to toughen its child sex laws this month to automatically jail repeat paedophiles for life in harsh polar prisons.

Monsters who sexually abuse children should serve their sentences in hard labour penal colonies in the Arctic, where they could be forced to work in Siberian mines, the country’s parliamentary speaker said.

The new legislation is being pushed through after a horrific case this week of a girl, five, who was abducted by a recidivist paedophile and his lover, then raped and stabbed to death.

Veronika Nikolayeva had been playing near her mother’s workplace in Kostroma, and a video showed how she was snatched before being abused.

The helpless girl ‘struggled and fought back’ but passersby did not pay attention to her distress – and the men took her to their hostel.

Her corpse was later found in a duffle bag as the suspects, named Denis Gerasimov, 44, and Vadim Belyakov, 24, planned to dispose of her body. 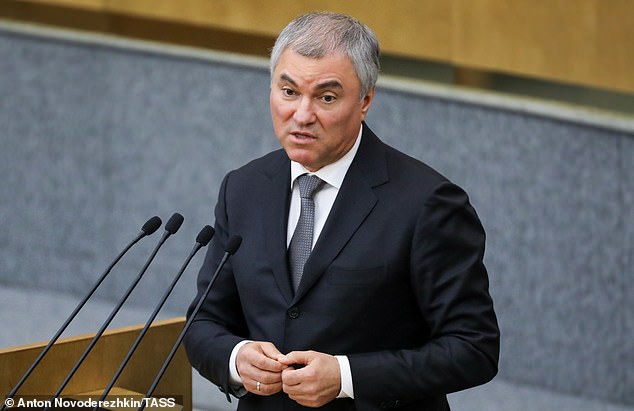 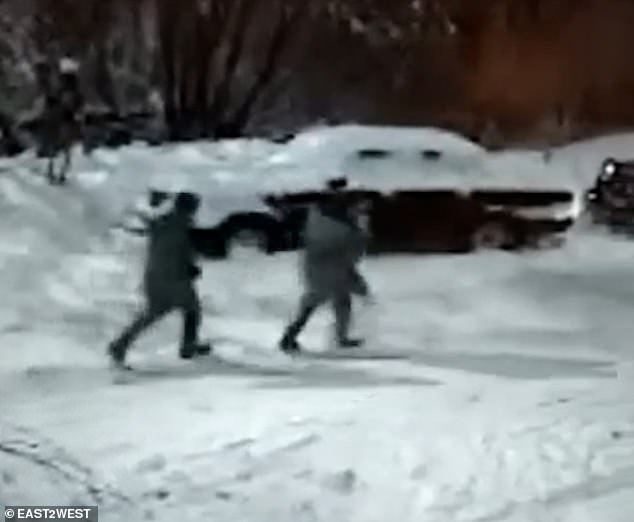 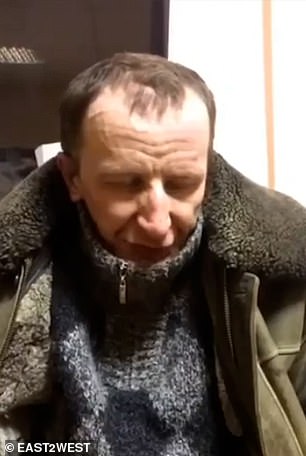 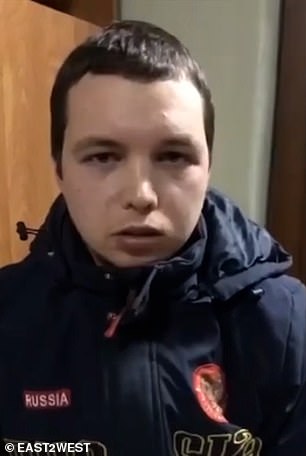 One of the suspects was named as Denis Gerasimov, 44 (left), earlier jailed for paedophile offences including producing child pornography. The other suspect Vadim Belyakov, 24 (right), reportedly has a conviction for theft

Both men confessed on video to her murder.

‘One of the detained men turned out to be a formerly convicted paedophile,’ he said.

‘Let’s do everything for the law on life sentences for paedophiles to be adopted in January.’

He backed calls for even tougher measures by sending all paedophiles to polar regions to serve their sentence.

‘Those convicted for such crimes should serve life sentences in the harshest conditions – in the extreme north (of Russia) or in mines.

‘These b******s should undergo the hardest labour, so they remember the crimes they committed every day – and regret them.’

They ‘cannot be called human’, he said. 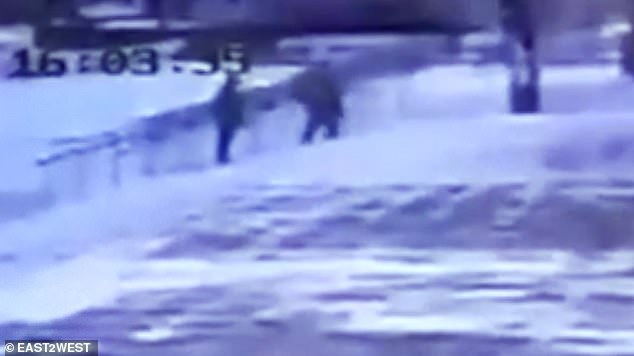 Pictured: CCTV footage shows the two men moments before the kidnapped the girl 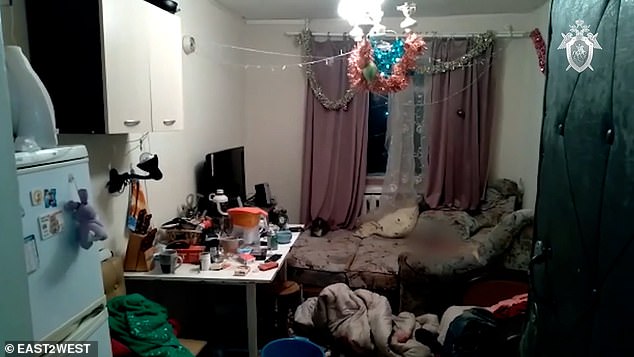 Pictured: A still grab from a video showing the inside of a room searched by police in relation to the case, in which two suspects have been detained over the rape and murder of the girl

Alexander Khinstein, an influential MP in the main pro-Putin United Russia party, said: ‘It is necessary to adopt our bill on life punishment for paedophile-rapists as soon as possible.’

All sex attackers released from jail should wear electronic tags, he said.

Maria Lvova-Belova, Putin’s commissioner for children’s rights, warned that sex attacks on children and adolescents have risen 79 per cent in the past eight years.

In this week’s case, Gerasimov had been released from a sex crime conviction in March.

As the girl’s body was removed from the suspects’ hostel, a mob of locals demanded to be allowed to lynch the suspects.

The suspects are understood to have been in a long term relationship since the younger man was underage.

The men told interrogators that the crime was ‘spontaneous’, it was reported.

The younger one ‘suggested that his partner catch the girl and make fun of her’.

The video shows one suspect carrying the kidnapped girl down snowy streets, while the other walks alongside. 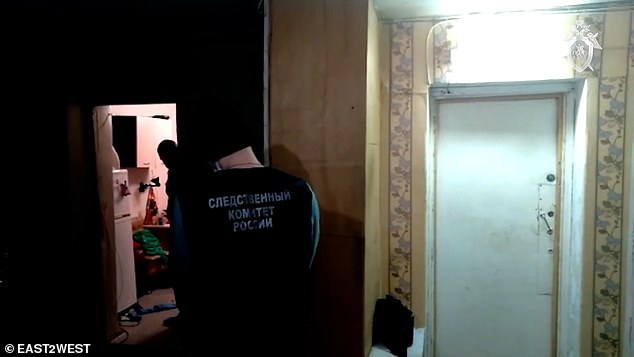 Pictured: Russian police offers are shown inside a home during a search 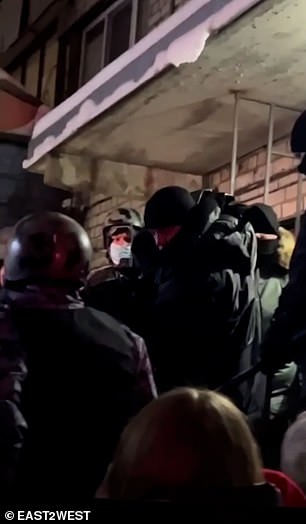 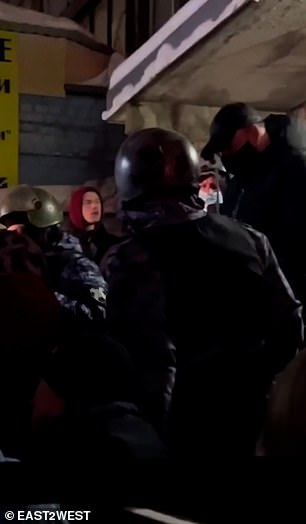 Pictured: Officers leave a hostel in Russia carrying the girl’s body, after a mob formed upon hearing the news about her death

When police raided the room shared by the suspects in a hostel, they found the girl’s body hidden in a duffle bag, say law enforcement sources.

The girl had been raped before she was killed.

Local news said that as soon as the information was made public, a mob formed.

‘Immediately after the information about the detention of (the suspects) appeared, local residents gathered by the hostel, where the child’s body was found,’ reported 112 news outlet.

‘They demanded the (suspected) murderers should be handed over and wanted to lynch them.’

A video shows the girl’s body being carried into a police vehicle.

A social media post said: ‘This case shows again that the surveillance system for paedophiles does not work and gives them the opportunity to commit crimes again.’