Chilling audio between the pilot of the plane that crashed in California on Monday and air traffic control reveals moments of intense alarm and alleged disorientation.

“It looks like you are drifting off course. Are you correcting?” an air traffic controller is heard asking Dr. Sugata Das, an Arizona cardiologist and pilot of the deadly flight.

The air traffic controller then became more specific with his commands to Das.

The controller continued urging the pilot to ascend to 5,000 feet as the plane remained at about 1,500 feet above ground.

“You appear to be descending again, sir,” the air traffic controller then said.

The audio was obtained by KUSI News in California, and appears to match audio circulating on YouTube. The FAA could not comment on the validity of the audio on Youtube when contacted by Fox News, and noted the NTSB will releases it at a later date. 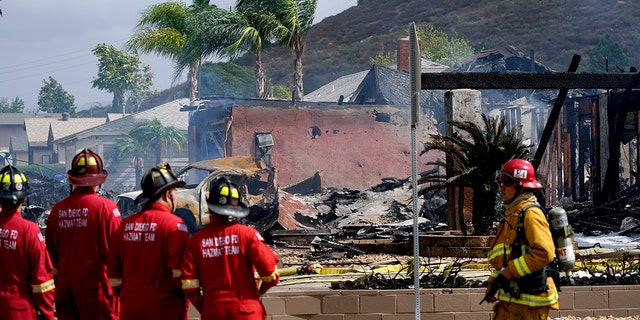 The twin-engine Cessna was headed to San Diego from Yuma, Arizona, but ultimately crashed into a Santee neighborhood, killing Das. A UPS truck was also hit by the plane, killing the driver, UPS confirmed.

A certified flight instructor believes that Das was disoriented before the crash, saying track logs show the plane erratically descended and ascended before crashing.

“He does not know which way is up and he is just along for the ride. And so is anyone else on board that plane, unfortunately,” Katz added. 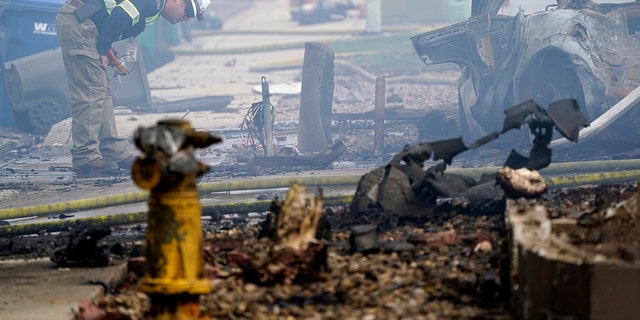 A fire official looks over the scene of a small plane crash, Monday, Oct. 11, 2021, in Santee, Calif. At least two people were killed and two others were injured when the plane crashed into a suburban Southern California neighborhood, setting two homes ablaze, authorities said. (AP Photo/Gregory Bull)

Residents of the San Diego neighborhood said the crash left the area looking like “a war zone.”

“I can’t even believe it,” Jim Slaff, the son of homeowners whose property was destroyed, told Fox 5, comparing it to “a war zone.” “I don’t know how you would rebuild after this. I’m just sitting here thinking what we we need to do going forward.”

Another home that had just been renovated by newlyweds was also destroyed by the crash.

“They just finished remodel yesterday,” Breana King, the sister of one of the newlyweds, said. “It could have been different, we’re just really lucky.”

The FAA​​ and NTSB are both investigating the crash.