THE alleged killer of Cash Gernon was caught casing the youngster's home WEEKS before the four-year-old was snatched from his bed and stabbed to death.

Darriynn Brown, 18, was arrested and charged with kidnapping the child on May 16, after Cash was found dead by a jogger in Dallas the day before. 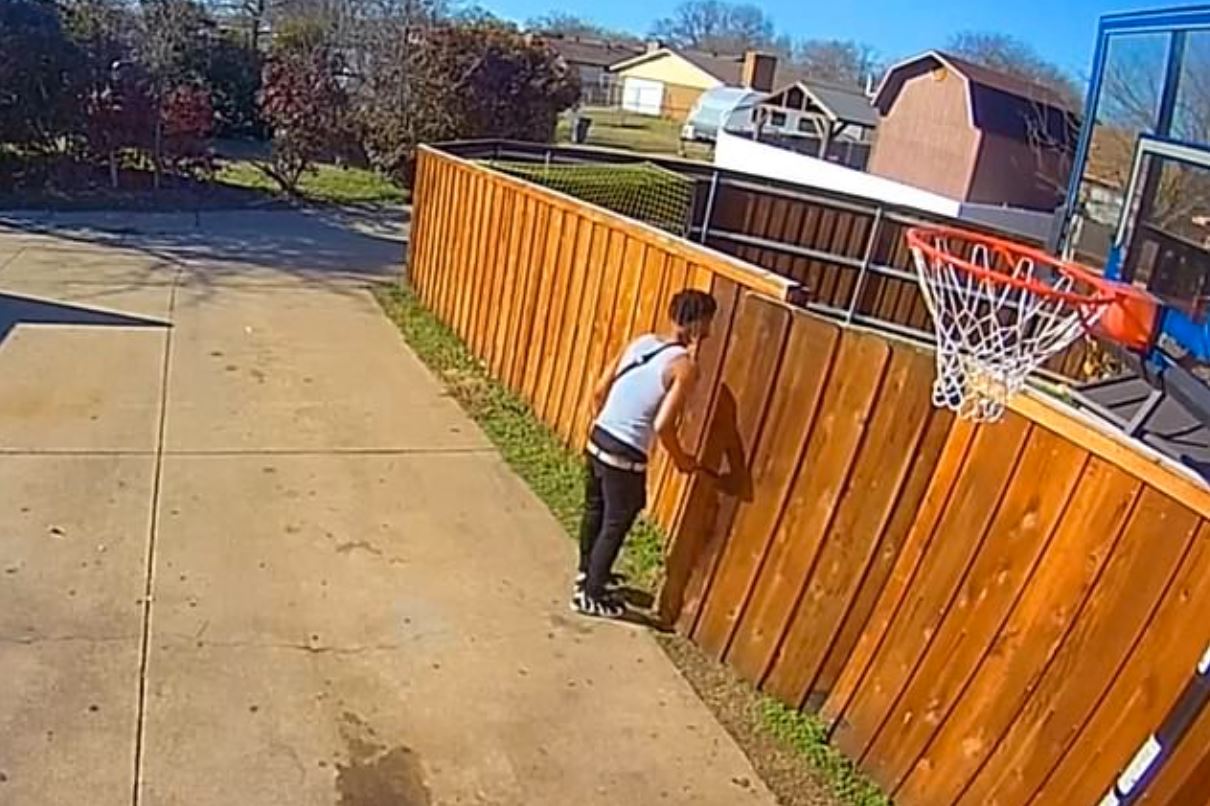 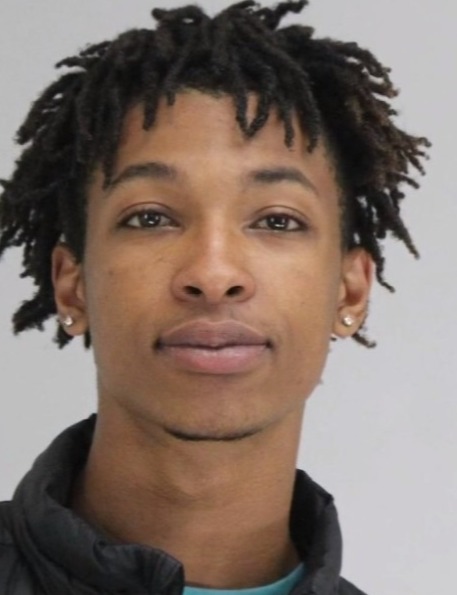 Police encouraged local residents to send in any home surveillance video they may have that could aid the investigation, and one neighbor spotted what appeared to be the alleged killer on his Ring doorbell.

In the chilling video, Brown can be seen surveying Monica Sherrod's home where twins Cash and Carter were staying.

Brown is seen lurking around the neighbor's shared fence while peering into Sherrod's backyard, in the clip published by the Daily Beast.

The 18-year-old, wearing black jeans and a grey tank top, even quickly opens the back gate before promptly leaving the premises.

"It's really scary," Alvarado said. "I have two kids, one girl and one boy, and they play basketball in the backyard." 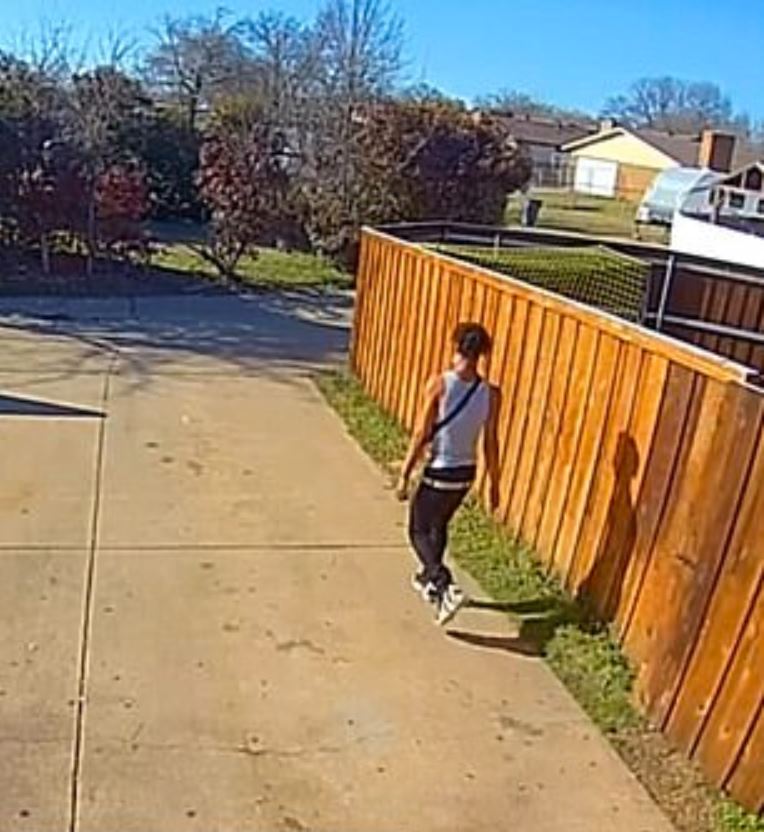 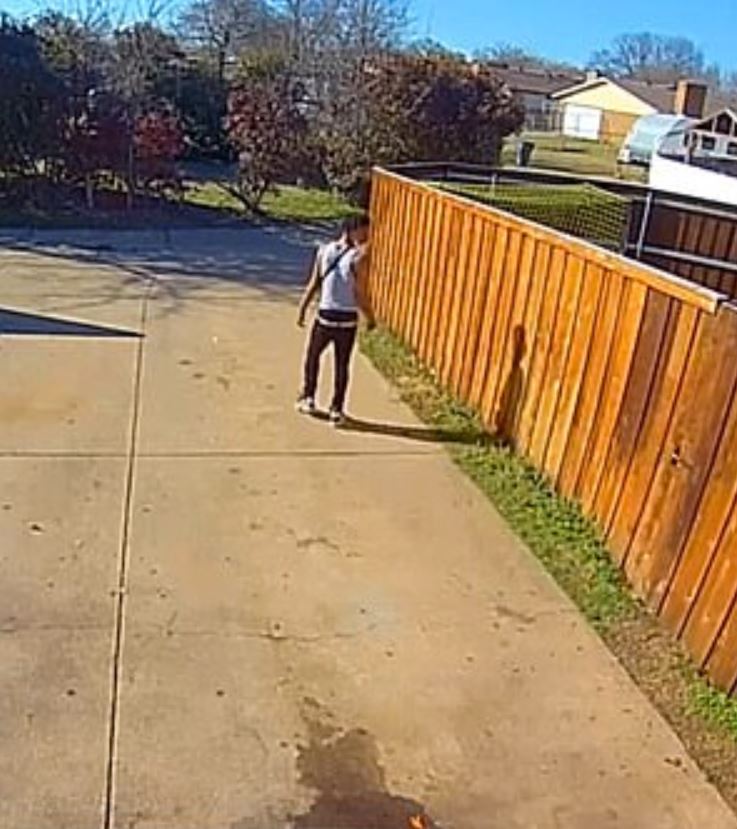 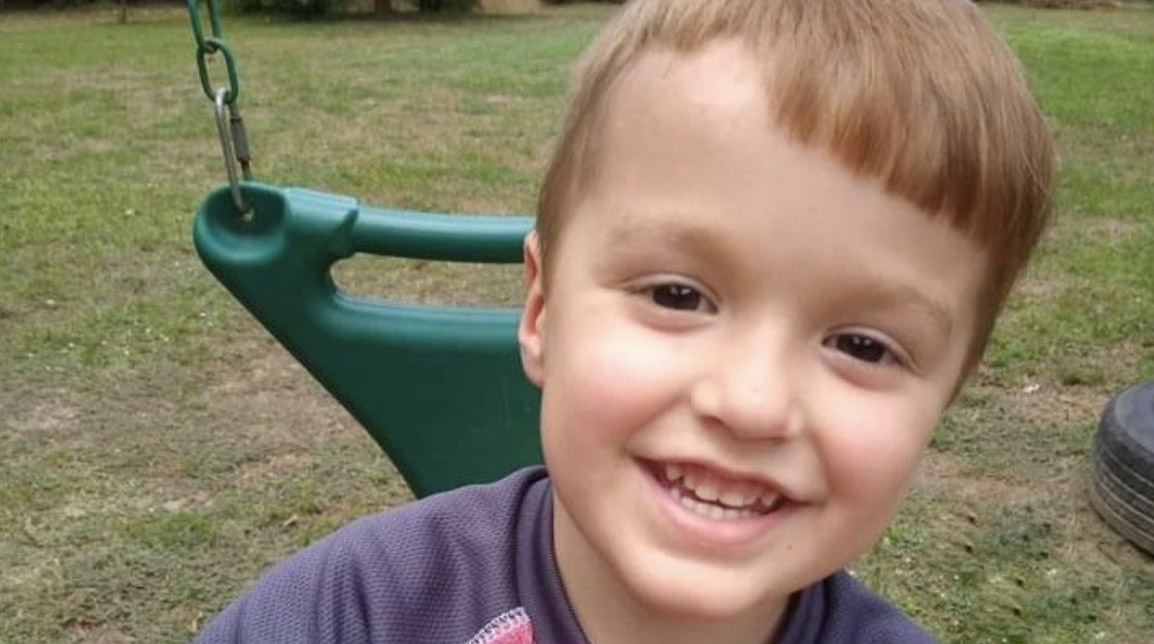 Sherrod, who's the mom of four children, said she has been taking care of the boys after her ex-boyfriend, Trevor Gernon, 31, moved into her home and March and left them.

It comes after she revealed she had warned Brown "don't come around my kids" just days before four-year-old Cash was abducted.

Brown had visited the family home while Sherrod was out grocery shopping two days prior, and returned to her home in Mountain Creek, Dallas to find him in the company of Cash.

"I told him, 'Don’t come back around my kids,'" she explained. "I was out grocery shopping when he was here. I’d left the twins with my boys and daughter.

"He was only here a short time,” she said. "Emily [her daughter] said he creeped her out.  I got upset with them."

She later told how Brown had broken in through a rear door to enter her home in the early morning hours. 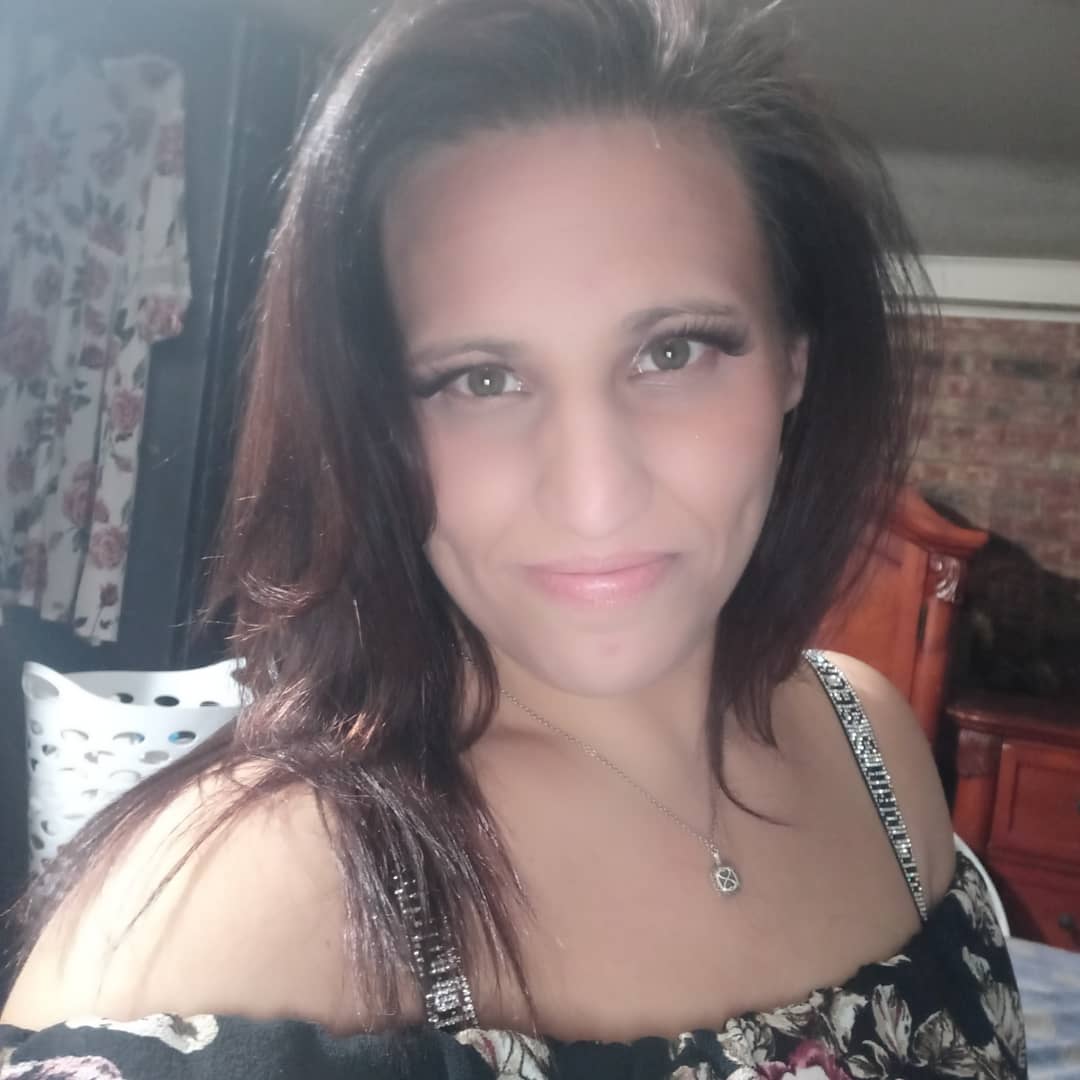 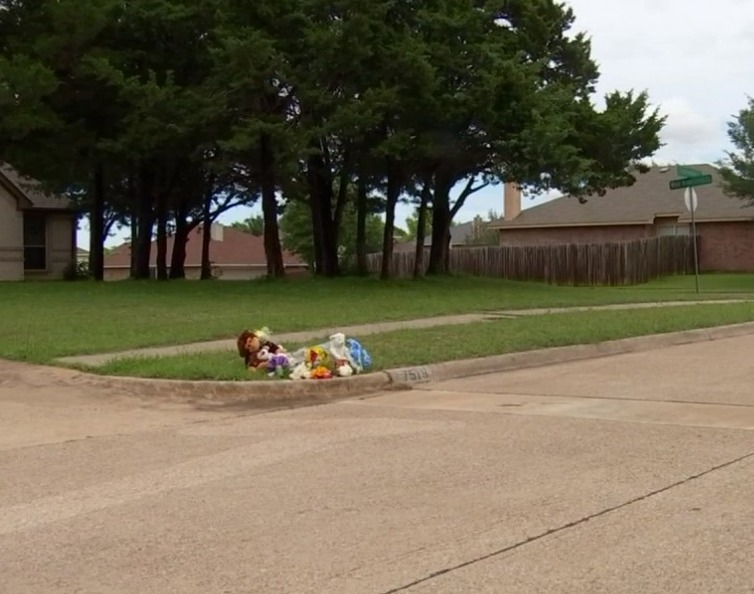 "The kidnapper broke in through that door right there. The garage doesn’t latch," Sherrod said.

"He came in and broke the connecting door into the home. We are on the other side of the house, we didn’t hear anything," she continued. "We were all sleeping."

He was then captured on surveillance footage creeping into the toddler's room at around 5am and staring at the twins in the crib for a moment, before taking Cash.

Brown was seen again on video returning to the boys' room at around 7:30am – when the four-year-old would have already been dead – to allegedly abduct his twin, Carter, but he was spooked and instead fled.

Police found Cash's body dumped in a southwest Dallas street after a jogger made the horrific discovery – and initially thought his tiny body was a dead dog.

"That’s when I noticed the baby had ants at the bottom of his feet so I knew he was deceased then," said Antwainese Square, 39, recalling the incident in an interview with the Dallas Morning News. 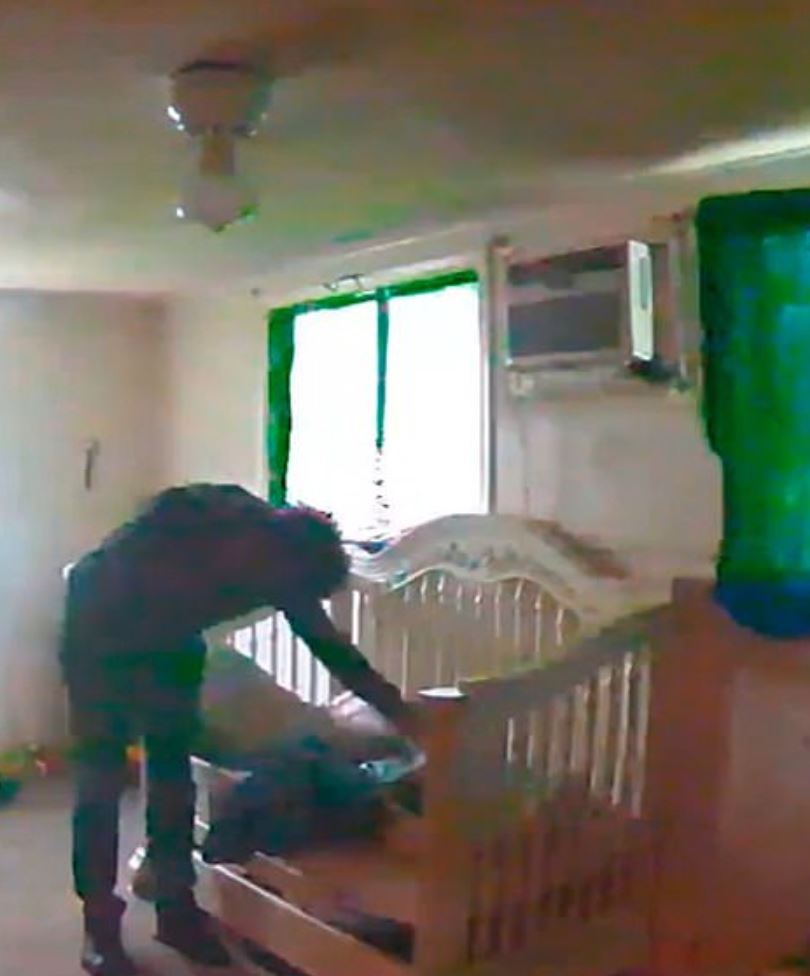 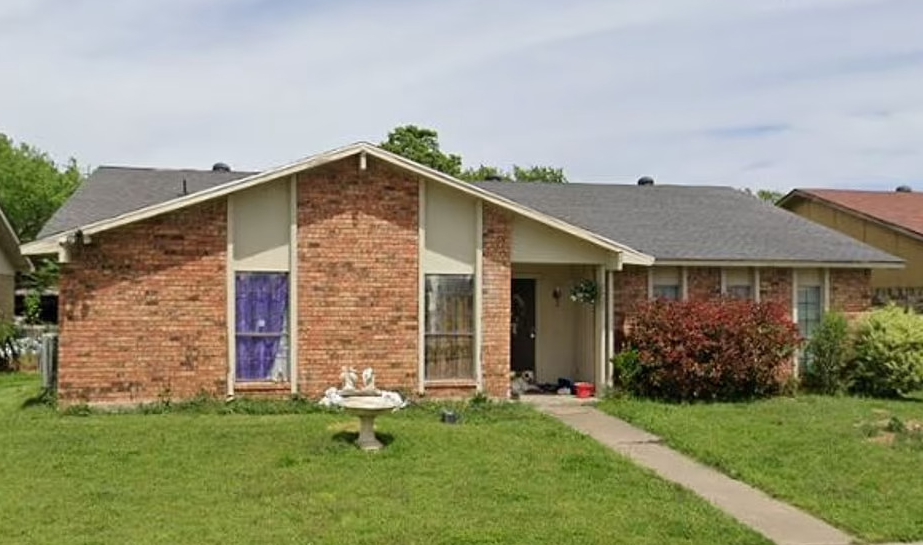 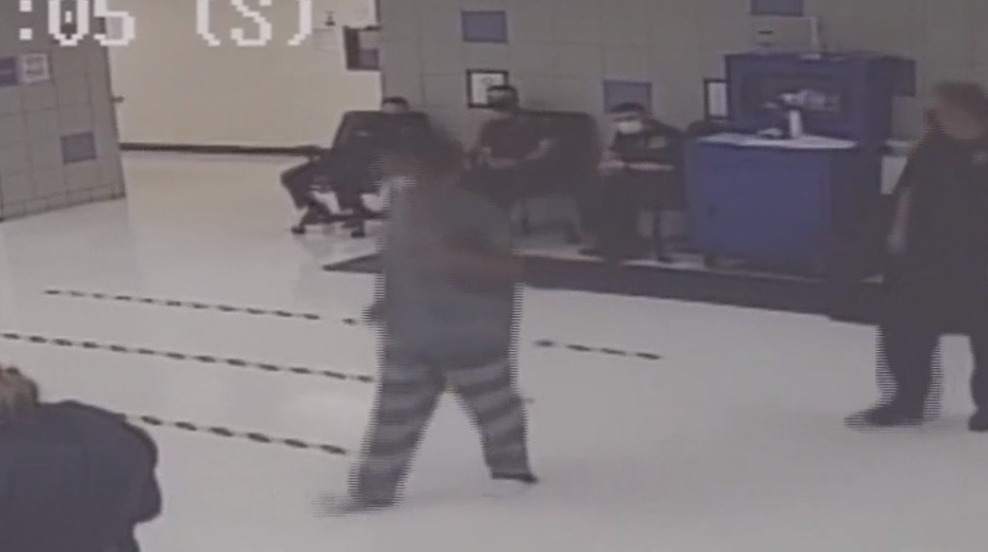 "It was heart-wrenching because this baby could have been no more than five."

The child was reportedly found shirtless and shoeless with various wounds from “an edged weapon,” according to police.

Brown is being held in lieu of $1.5 million bail after being formally charged with kidnapping and burglary.

He was reportedly wearing an ankle bracelet for an unrelated crime on the morning of the kidnapping.

Mimi Brown, who claimed to be Brown’s mother, is convinced authorities are wrongfully placing blame on her son.

”That’s not right at all,” Mimi Brown told the Dallas Morning News.

“I know my son is traumatized. I know he’s scared, because I’m scared.”

The mother claimed her son is seeking mental health treatment but looks after his young cousins and that he’s harmless.

“Darriynn is very kind,” she told the paper. “I feel that he’s being framed.”