EERIE photos discovered on a camera belonging to two missing hikers revealed their mysterious final moments before both girls vanishedin the jungle in Panama.

Kris Kremers, 21, and Lisanne Froon, 22, went for a walk through the scenic forests around the Baru volcano in Boquete – and never returned. 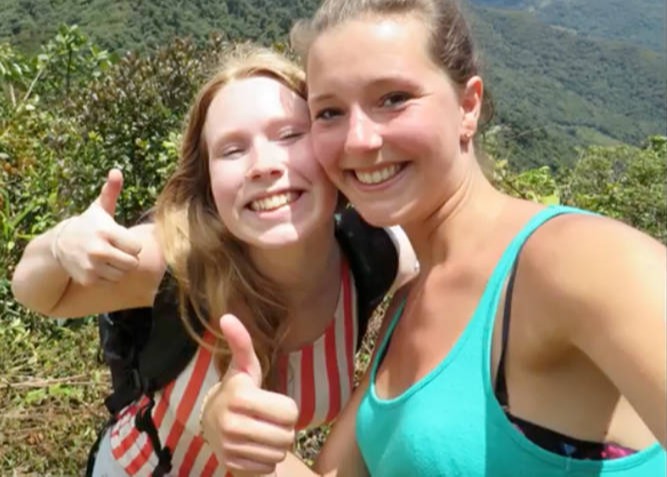 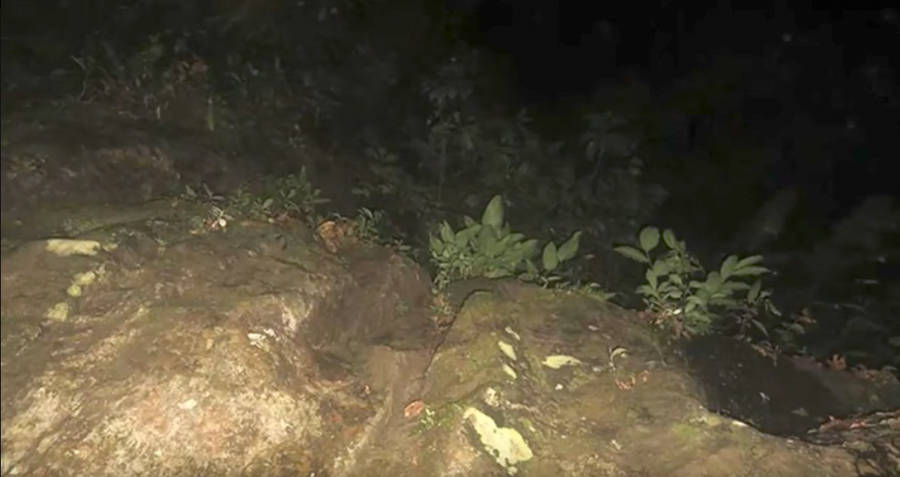 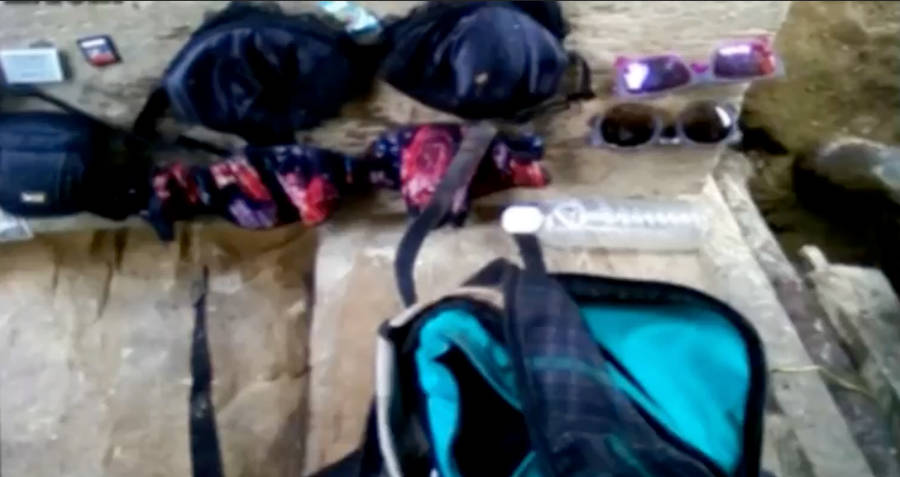 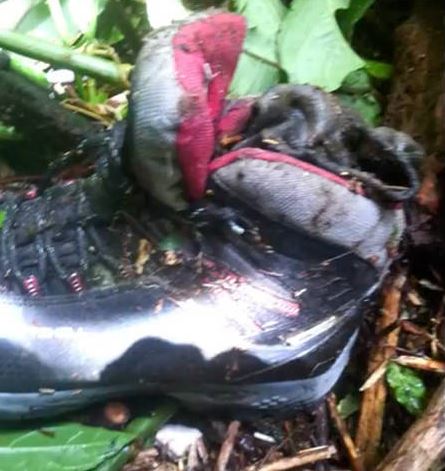 The students from Amersfoort in the Netherlands had spent six months planning their dream trip to Panama, hoping to spend some time backpacking, volunteering and learning Spanish.

The pair had been hiking around the jungle for two weeks as part of a backpacking trip – and they were planning to stay for another four weeks with their host family to volunteer at a local school.

But after they waved goodbye to the local family for a mid-morning walk on April 1, 2014, they were never seen alive again.

To this day, the disappearance and tragic deaths of Kris and Lisanne remains a harrowing mystery. 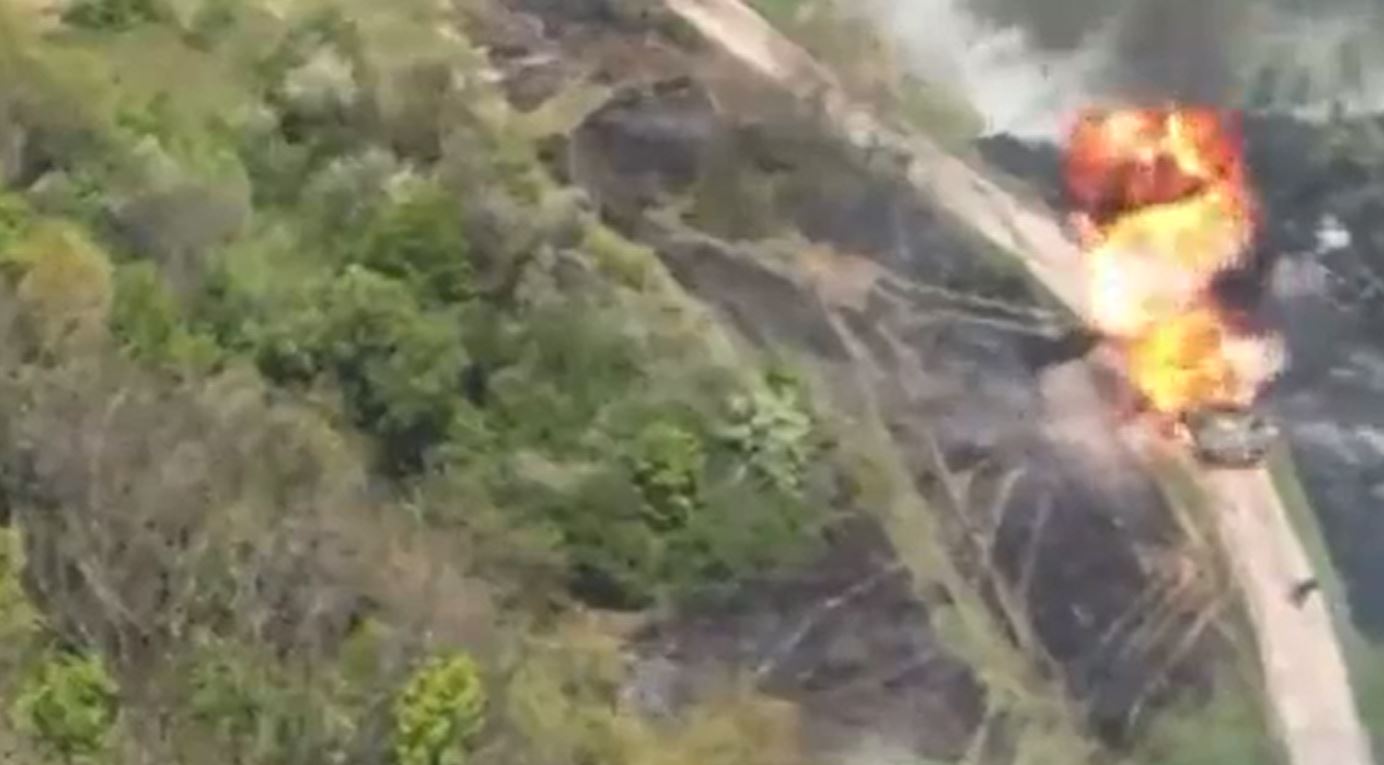 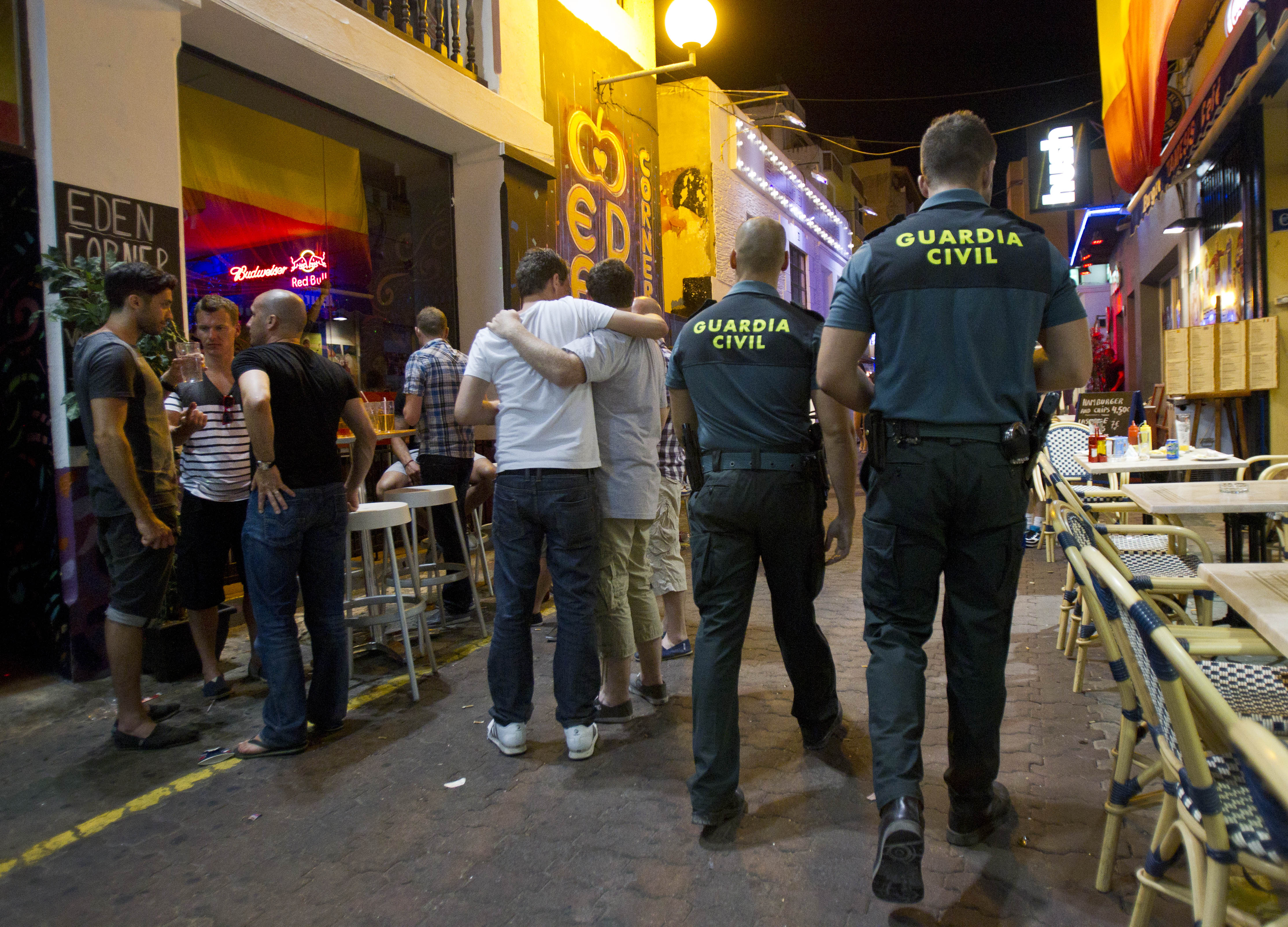 In a mind-blowing theory, Dick Steffens, a former detective in Amsterdam, claimed Kris could still be alive after she was trafficked into the sex trade by a kidnapper roaming in the jungle.

While some believe Kris and Lisanne died in an accident, the ex-cop slammed the police investigation in Panama as shoddy and said it should be redone.

Disturbing evidence also showed there were a number of failed attempts to unlock Kris' phone – sparking another theory that Kris had died and Lisanne was frantically trying to access her phone to get help.

The alarm was initially raised about the disappearance of the girls after they missed a private walking tour of Boquete on April 2. 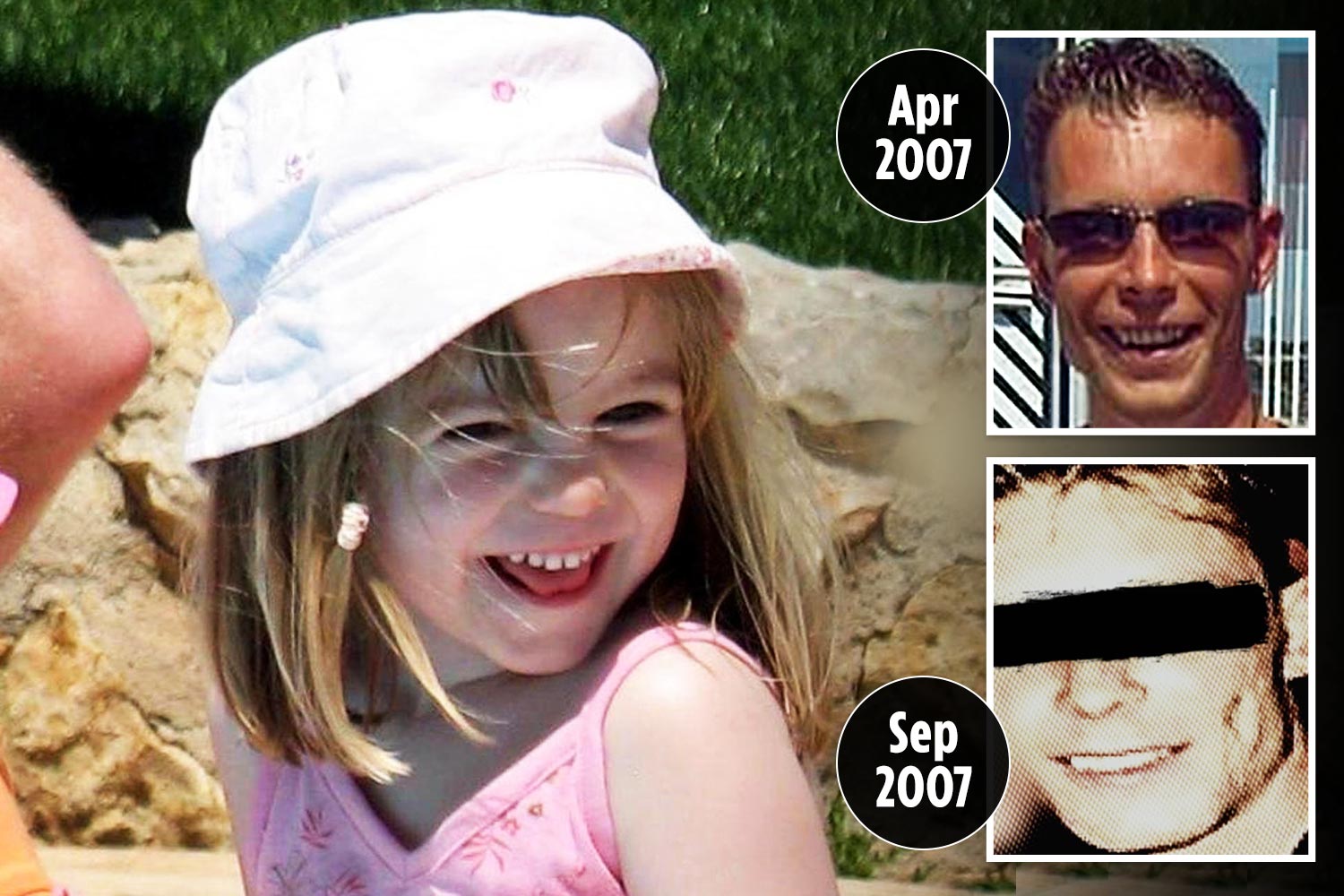 Christian B 'had face-changing surgery' 4 months after Maddie vanished 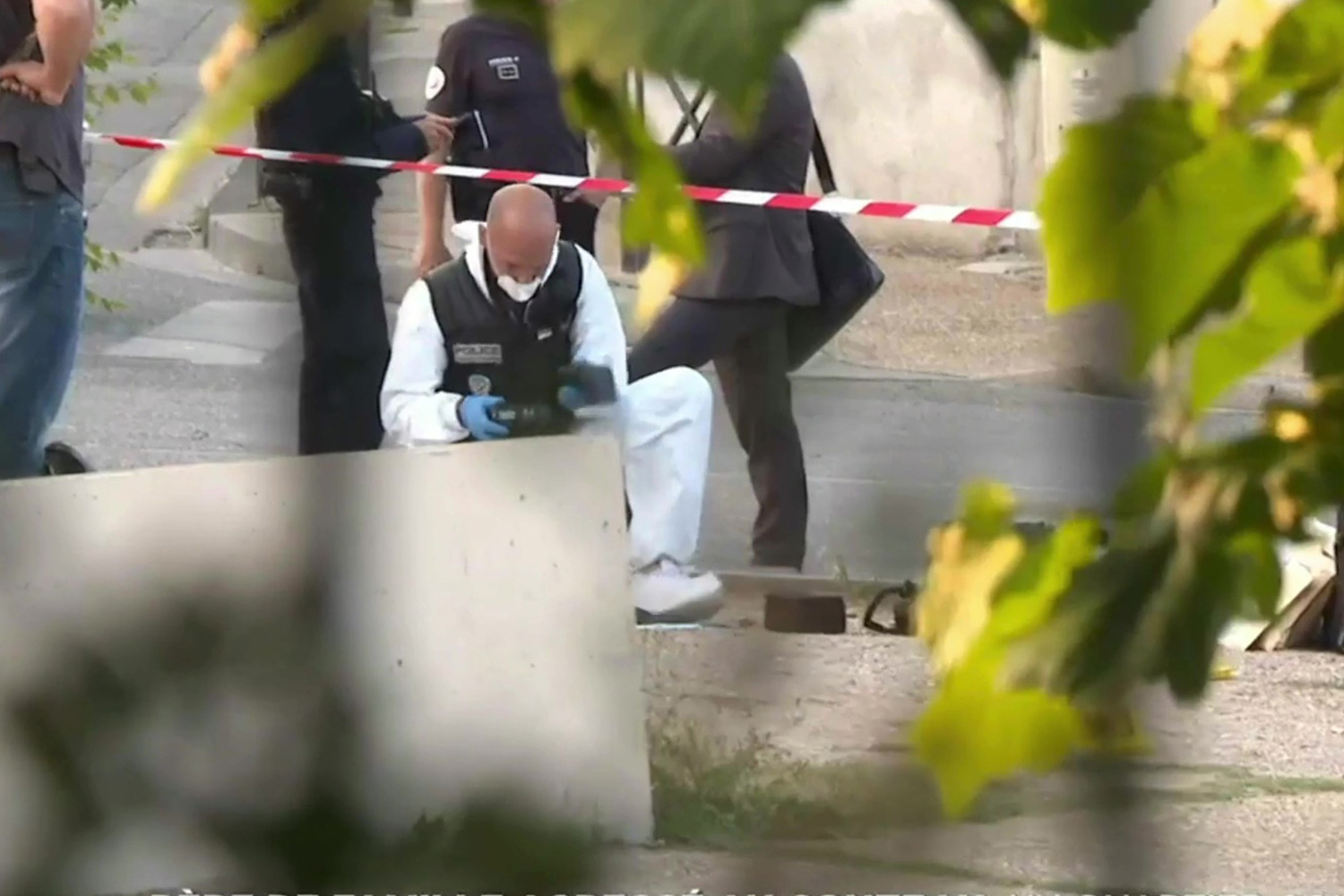 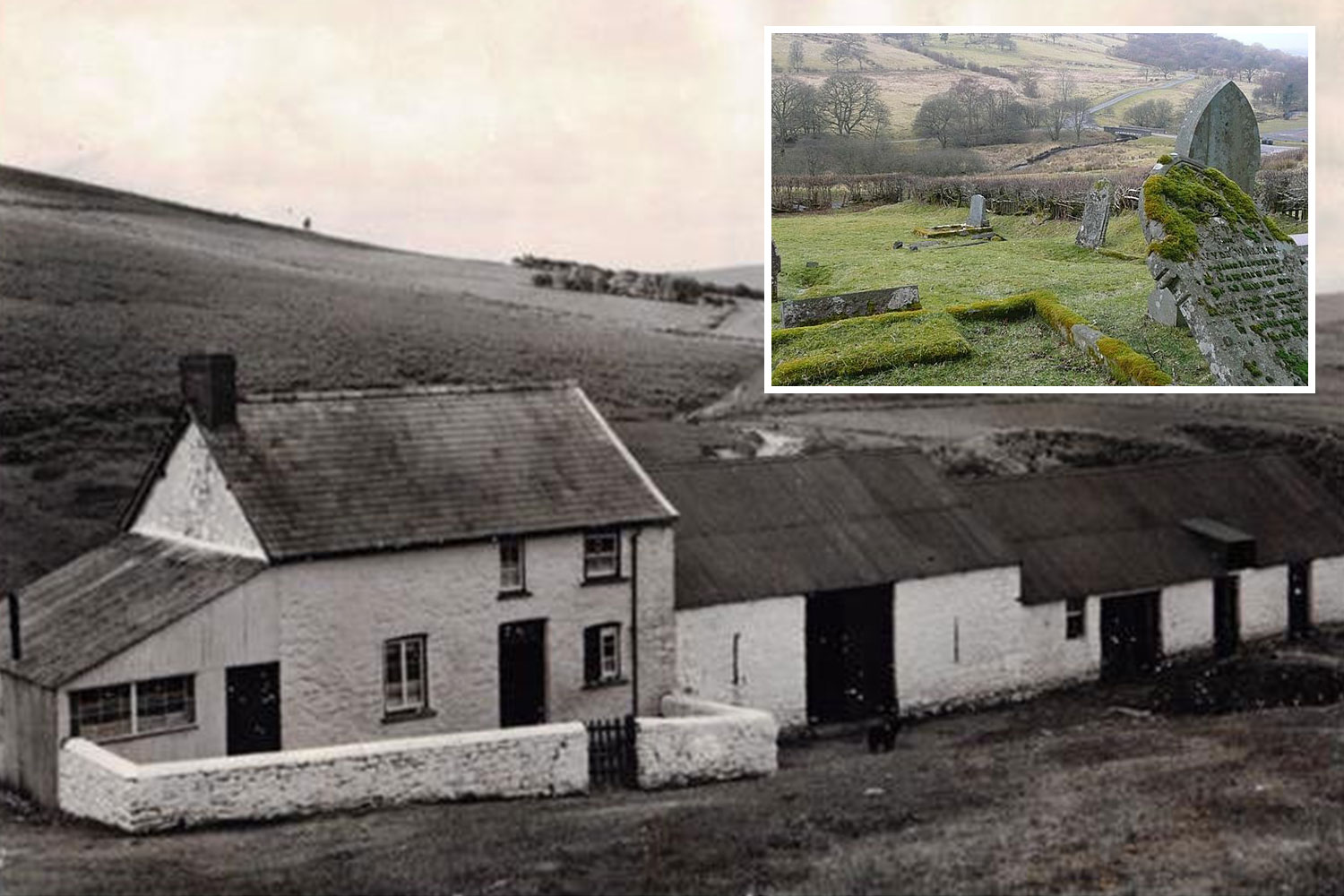 Inside abandoned village where residents fled overnight after terrifying letter

A desperate search for the students was launched, with rescue workers combing through the jungle and nearby villages.

But by April 6, the girls were still missing.

Kris and Lisanne's families decided to fly out to Panama and bring Dutch detectives with them.

The jungle was searched for another ten days with the help of the cops from the Netherlands – but there was no sign of the girls.

As the search was starting to wind up, a local woman handed in a blue backpack, claiming she found it in a rice paddy along the banks of the river.

It also contained Lisanne's camera and both of their phones.

In a chilling discovery, 90 photos had been snapped on the camera deep in the jungle in the dead of night on April 8 between 1am and 4am – raising questions about who took the pictures.

Only a handful of the pictures retrieved from the memory card showed clear images, with most showing near-complete darkness. 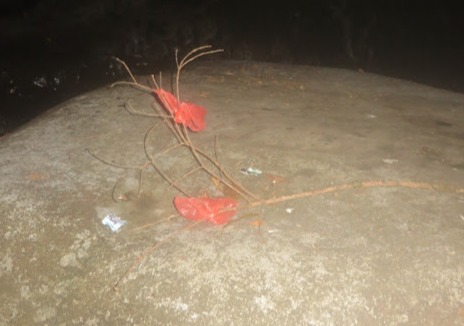 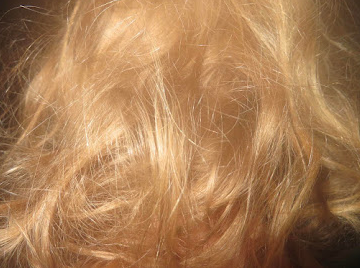 The photos showed the girls belongings spread out on rocks, along with plastic bags and candy wrappers, mounds of dirt, and a mirror.

And one of the images chillingly showed the back of Kris' head with what some sleuthes believe is blood leaking from her temple.

According to one web sleuth, the snaps taken on the camera a week after the girls vanished might have been taken with the flash to light up the path as they stumbled through the dark jungle.

But others have suggested the chilling photos might have been taken by someone else after killing the girls.

The identity of the person who took the images remains a mystery.

The students' phone records also tragically revealed how they desperately tried to call the police.

Over four days, 77 separate attempts had been made to call the cops – using the emergency numbers in both the Netherlands and in Panama.

Out of the dozens of calls, only one managed to connect, but broke up after just two seconds due to the lack of reception.

But the call logs gave the cops a rough outline of the time the girls spent missing in the jungle.

Both of their phones finally ran out of battery by April 11 – ten days after they disappeared.

After cops searched the area where the backpack was found, they discovered Kris' clothes neatly folded along the edge of the river.

And two months later, a pelvic bone and a foot – still inside a boot – were found in the same area, according to La Estrella de Panama.

The remains of both women were found soon after that.

Lisanne's bones appeared as if they had decomposed naturally – but Kris' bones were mysteriously stark white as if they had been bleached, raising questions about whether someone had been involved in her death.

Their causes of death have never been determined.

The tragic deaths of Kris and Lisanne remain a disturbing mystery.

Cops quizzed locals, tour guides and other hikers, but only the photos and call logs provided a slither of evidence as to what had happened.

However, Dutch authors Marja West and Jürgen Snoeren claim they have solved the mystery in their book Lost in The Jungle.

After taking a deep dive into all the evidence and flying out to Panama to do their own investigation, the pair concluded that the girls' deaths were an accident.

The authors told The Daily Beast: "It actually came as a surprise to us too, but our conclusion had to be that it was an accident. It took us quite some time to get there."

Snoeren had called West and told her: "With all that I’m reading now in the police file, it couldn’t be anything else… there was a certain sequence and timing to it, that had to be caused by the flash floods, typical to the region and season.

The mystery remains unsolved to this day, and there is still little certainty around the tragic deaths of the two Dutch students.