Washington: The CIA and German intelligence jeopardised Switzerland's historic reputation for neutrality by using a Swiss company as a platform for a global espionage operation for decades, according to a report by members of the Swiss parliament.

Investigators concluded that Swiss authorities were aware of, and at times complicit in, an elaborate espionage operation in which the CIA covertly owned and controlled a Swiss company, Crypto AG, that secretly sold rigged encryption systems to foreign governments.

The report marks the culmination of a Swiss investigation launched after the history of the Crypto operation was revealed earlier this year by The Washington Post in collaboration with ZDF, German public television, and Swiss broadcaster SRF. 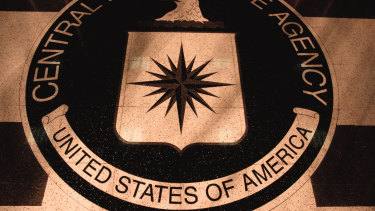 The CIA owned a company that made encryption software in Switzerland.

The Crypto operation exploited "Switzerland's image abroad as a neutral state," according to the report, which also said that Swiss authorities had effectively allowed the CIA and its German counterpart, the BND, to carry out "intelligence operations to the detriment of other states by hiding behind a Swiss company."

The probe marks the first public accounting by a foreign government of an espionage operation so successful and extensive that a classified CIA history referred to it as "the intelligence coup of the century." The CIA did not respond to a request for comment, and the BND previously declined to comment.

Based in Zug, Switzerland, Crypto was one of the world's leading suppliers of encryption machines used by foreign governments to keep the communications of their spies, soldiers and diplomats secret. But the company was since the 1970s secretly owned by the CIA and the BND, and had clandestinely collaborated with the National Security Agency, the US code-breaking service, beginning in the 1950s.

The CIA's ownership of the company was shielded from public view through complex financial transactions orchestrated by a law firm in Liechtenstein. Under NSA and CIA control, Crypto sold rigged systems to more than 100 governments, including Iran, military juntas in Latin America, nuclear rivals India and Pakistan, and even the Vatican.

By exploiting hidden vulnerabilities in the machines' algorithms, US and German spies read the diplomatic cables and other communications of adversaries as well as some allies. The operation was known internally by code names including "Thesaurus" and "Rubicon".

A detailed CIA history obtained by The Washington Post depicted the program as a triumph of 20th-century espionage, marvelling that "foreign governments were paying good money to the US and [what was then] West Germany for the privilege of having their most secret communications read by at least two (and possibly as many as five or six) foreign countries."

That line alluded to the sharing of intelligence gleaned from Crypto devices with allies including the United Kingdom.

The report goes on to suggest that the Swiss spy agency, the Strategic Intelligence Service, entered a formal arrangement with the CIA that included access to other countries' communications.

The SIS was able "to guarantee reliable access to this knowledge with the agreement of American intelligence services," according to a translation of the Swiss report. The document does not provide more substantial detail on this arrangement. Swiss intelligence officials did not comment on the report.

The disclosures provide the latest glimpse into an espionage operation that has been the focus of intrigue and speculation almost since the company's founding in the 1950s by a Swedish inventor, Boris Hagelin, who had made a fortune selling portable encryption machines to U.S. forces in World War II.

The findings make clear that Swiss authorities had suspicions about Crypto as early as the 1970s, when employees at the Zug-based company began coming forward with concerns about its activities.

Only top Crypto executives were ever told about the company's true ownership, according to CIA records. But employees in the engineering and research departments repeatedly identified vulnerabilities in the products' designs that they were mysteriously prevented from fixing.

Swiss authorities mounted several investigations of Crypto beginning in the 1970s that raised suspicions about Western intelligence involvement but could never confirm a CIA connection.

Those suspicions became more acute in 1992, when a Crypto salesman, Hans Buehler, was arrested during a business trip to Iran and interrogated about the company's products. He was held captive for nine months before Crypto secretly paid $1 million for his release.

The operation faced one of its gravest threats of exposure when Buehler returned and began speaking with news outlets about his ordeal and his Iranian interrogators' questions. The Swiss report implies that the country's intelligence service entered into a more formal, if passive, arrangement with the CIA in this time frame.

The report indicates that Swiss officials did not violate Swiss law by allowing the CIA-Crypto operation to continue, but concludes that doing so risked significant political and reputational damage to the country.

The operation continued until 2018 when the CIA effectively shut down the program and sold Crypto's headquarters building in Zug, as well as other assets.

Crypto's international business was purchased by a Swedish entrepreneur, Andreas Linde, who said in an email exchange with The Post earlier this year that he was not aware of the CIA's ownership when he purchased the assets. Export controls imposed by Swiss authorities in the aftermath of public disclosures about Crypto earlier this year have threatened the company's survival.