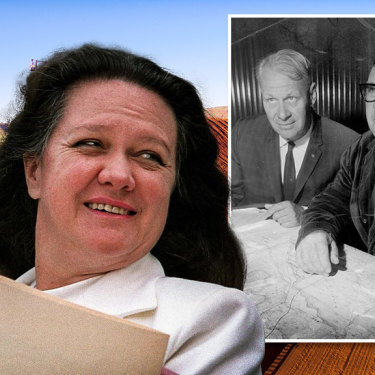 The end game in a historic feud over Western Australia’s iron ore throne looks set to begin as the Pilbara’s biggest mining dynasties prepare to clash in the Supreme Court.

The historic showdown will unearth the 1960s business dealings of late mining magnate Lang Hancock relating to the multibillion-dollar Hope Downs iron ore tenement in what is shaping up to become the state’s biggest civil court case.

On the one side is Mr Hancock’s heir and the richest woman in Australia, Gina Rinehart, coupled with her company Hancock Prospecting. On the other are the heirs of Mr Hancock’s business partner, Peter Wright, and the descendants of a third Pilbara mining pioneer, Don Rhodes. 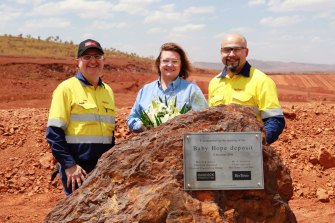 After a legal battle spanning two decades, Mrs Rinehart and Hancock Prospecting were recently thwarted in the WA Court of Appeal after they attempted to further put off the proceedings being primarily brought by Wright Prospecting.

Wright Prospecting belongs to billionaire heiress Angela Bennett and the estate of her late brother Michael Wright, whose two daughters Alexandra Burt and Leonie Baldock are the main beneficiaries.

To make matters even more delicate, the court action is entangled in a web of separate legal infighting over money and ownership among the descendants of both mining dynasties – the Hancocks (aka the Rineharts) and the Wrights.

Both family disputes could impact the Supreme Court trial, which the court estimates will take place in late 2022.

The legal fees are set to be astronomical, with one set of costs already hitting $2 million so far.

No trust in the Rinehart family

Mrs Rinehart and Hancock Prospecting are undergoing secret arbitration in the Federal Court with her children Bianca Rinehart and John Hancock over the Hope Downs tenement.

The Court of Appeal heard that the children have alleged in the Federal Court that their mother used “fraudulent and dishonest” means to strip the tenement from the family trust, effectively bankrupting it. And they also disputed their diminished shareholding in Hancock Prospecting.

They claim their grandfather always intended for them, as well as Mrs Rinehart’s other two daughters Hope and Ginia, to inherit equal stakes in the Hope Downs mines when he died in 1992.

Lang’s conduct in the '80s and just before his death will be again scrutinised, as well as the legal proceedings that followed, which also included his widow and colourful Perth identity Rose Porteous.

The arbitration, which is due to meet again in late September but is shrouded by confidentiality orders enforced by the High Court, is centred on the validity of three deeds and will address “many significant and substantial issues” also relating to Hancock Prospecting’s Roy Hill, Mulga Downs and Nicholas Downs projects, the Court of Appeal ruling revealed.

Hancock Prospecting submitted to the Court of Appeal that the disputed deed relevant to both cases, the Hope Downs deed, was “a complete answer” to its rightful acquisition of the tenement.

It didn’t want to have to “deploy” the deed during a Supreme Court trial, as it was embroiled in an arbitration standoff over the provision of the deeds.

In supplying the deeds, Hancock Prospecting required Bianca and John to agree to a “covenant not to sue”, which would prevent them from staking their claim over Hope Downs during the Supreme Court trial.

In submissions to the Court of Appeal, Bianca and John claim the deeds are invalid, as they say their mother breached her role as trustee of the Hancock Family Memorial Foundation's trust in order to put Lang's assets into the control of Hancock Prospecting, of which she owned a three-quarters share.

They also dispute Wright Prospecting's claim to Hope Downs, but the Hancock Family Memorial Foundation beneficiaries have found themselves tied to the Supreme Court action against Hancock Prospecting because of their claim to ownership.

Even Mrs Rinehart’s most loyal supporter Ginia has found herself caught in the complex legal web, since Wright Prospecting wanted to ensure that all parties with a potential interest in the tenement’s iron ore assets were bound by any Supreme Court judgment. 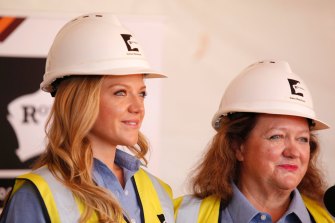 In submissions to the Court of Appeal, Mrs Rinehart and Ginia Rinehart outlined fears about the Supreme Court challenge going ahead as it would publicly air the family dispute, which was so far being safeguarded in the Federal Court by the High Court order.

In her submission, Ginia voiced her concerns about being made to publicly declare her position on the issue of asset ownership as “the prejudice to her in disclosing her position would be irretrievable”.

Mrs Rinehart too worried about prejudice due to the “serious allegations of fraud against her”.

Chief Justice Quinlan and justices Andrew Beech and Cameron Vaughan acknowledged the Rinehart family arbitration could be a double-up of evidence which could impact the Supreme Court trial, but cleared the way for trial preparation on the grounds there had already been costly delays that had severely impacted the Wright and Rhodes heirs’ case.

Death of a witness

Ken Rhodes, the only non-expert witness who could attest to his father Don’s 1969 agreement with Mr Hancock and Mr Wright to a 1.25 per cent share of iron ore production from the Hope Downs tenement, died in February.

The DFD Rhodes director suffered “prejudice and stress” and “substantial costs” for almost four years due to trial delays, according to his legal team.

He left behind wife Wendy and children Anthony, Christopher, Mark, Damien, Emily and Luke, as well as grandchildren.

DFD Rhodes, represented by company chief executive Matthew Keady, who is also executor to the estate of Don Rhodes, continues to seek hundreds of millions in royalties owed from the Hope Downs 1 and 4 mines.

The Wrights also claim that any royalties from Hope Downs 1, 2 and 3, should be shared equally between Hancock Prospecting and Wright Prospecting under the terms of the partnership.

Mrs Bennett’s estranged brother, Julian Wright, was written out of the Wright Prospecting dynasty when his father died in 1985 and has not been party to the Supreme Court action.

However, that too may be set to change depending on the outcome of a separate recent Supreme Court trial in which Justice Rene Le Miere will rule whether Mr Wright was duped out of his equal share in the family company in 1987.

Mr Wright claimed his two other siblings knew and hid information about the “vast iron ore deposits” being held by Wright Prospecting’s mining tenements at the time of his $6.8 million payout. The siblings denied the claim and have defended the action.

He is seeking to regain his stake in the company and be paid three decades' worth of royalties he alleges he is owed.

But it was revealed in court that Mr Wright signed a deed of settlement with his siblings in 2008 that awarded his children, Timothy and Natalie, $70 million, which included a covenant not to sue.

The deed was signed following an out-of-court settlement in a case where Julian's son and daughter also claimed a portion of their grandfather's Wright Prospecting, which at the time was estimated to be worth $120 million.

Legal counsel for Mrs Bennett and the estate of Michael Wright called for Julian's case to be dismissed and costs awarded against him.

Justice Le Miere's ruling is expected in the coming months.

In his published Court of Appeal ruling, Chief Justice Quinlan noted there was no certainty the upcoming multi-dynasty Supreme Court trial would begin in 2022, as all the parties had ample funds to resource further points of litigation given “the industry of their legal representatives”.

But he ruled all parties should forge ahead with pre-trial steps, even if the trial had to be later guided or held off pending further outcomes before court; primarily the Rinehart's Federal Court arbitration, which could take anywhere up to five years to resolve.