Sir Lindsay Hoyle has put himself on a collision course with Labour by condemning the party’s plan to replace the House of Lords with an elected upper chamber.

The Speaker of the House of Commons claimed that introducing a second batch of elected politicians at Westminster would cause an ‘arm wrestle’ for power.

He also defended the current make-up of the Lords, which has 780 peers who are appointed to their roles, as being ‘very, very useful’ to the Commons.

Sir Lindsay was a Labour MP prior to taking on the role of Speaker.

His public disagreement with one of Labour’s flagship policies will raise eyebrows as he is obliged to be politically impartial in the Commons chamber.

When Sir Lindsay stands down as Speaker, he would be expected to be given a place in the Lords as is usual under modern precedent.

As part of a 40-point plan unveiled last month to ‘renew democracy’ in Britain, Labour leader Sir Keir Starmer set out how his party would ‘clear out the indefensible House of Lords’.

If Labour win power at the next election, Sir Keir has promised they would replace the Lords with a ‘smaller, more representative and democratic second chamber’.

Labour’s plan, written with the help of former prime minister Gordon Brown, also says a new second chamber should ‘complement’ the Commons and that ‘primacy’ should remain with MPs. 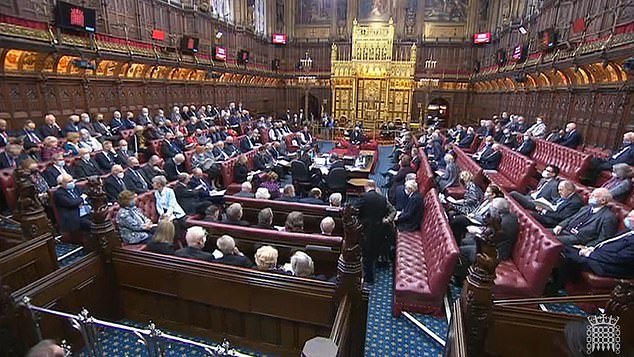 As part of a 40-point plan unveiled last month to ‘renew democracy’ in Britain, Labour leader Sir Keir Starmer set out how his party would ‘clear out the indefensible House of Lords’ 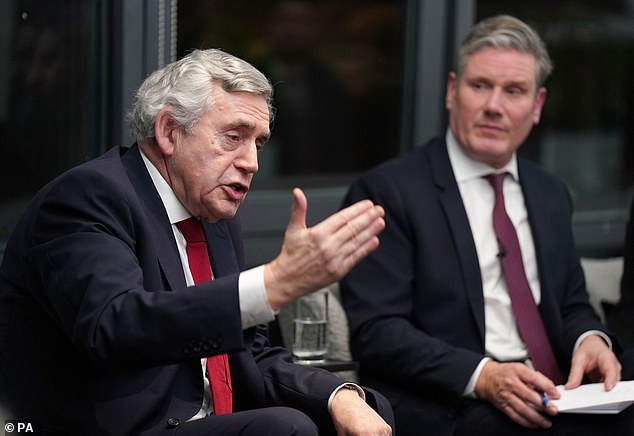 In an interview with LBC radio’s Andrew Marr, Sir Lindsay hit out at Labour’s proposals as he defended the current functioning of the Lords.

He said: ‘What we have seen, the second chamber has been very, very useful to the House of Commons.

‘It’s been refining the business, getting bills tidied up, sending them back in good order. And that’s why the second chamber has been very, very useful.

‘I don’t believe, and I don’t think, we should have a second house that’s elected. I don’t want competition – who’s got supremacy?

‘At the moment, it’s very clear the House of Commons, the elected house, has supremacy.

‘Once you have a second house that’s elected, then you’re into an arm wrestle about who has the power.’

Sir Lindsay – who might have to oversee Labour’s policy agenda in the Commons if they win power and he stays on as Speaker – warned against muddying the ‘distinct’ powers of the two Houses of Parliament.

‘What I would say is if people want to reform it, please do but do not have a second elected house,’ he added.

‘We don’t need the competition. Supremacy is going to remain with the Commons.

‘That is what people recognise as the senior house. We don’t want any arm struggles.

‘We want very clear, distinct powers separated very, very easily, straightforward, but not via an election.’