The Department of Homeland Security denied landing rights in the U.S. for a charter flight carrying more than 100 Americans and green card holders from Afghanistan, according to organizers of the evacuation effort.

“They will not allow a charter on an international flight into a U.S. port of entry,” Bryan Stern, a founder of non-profit group Project Dynamo, told Reuters of Customs and Border Protection. The evacuation on Tuesday was part of a multi-group effort from Project Dynamo, the Human First Coalition and The Shadow Warriors Project to bring the Americans home.

Families are currently being held in a hangar at an airport in Abu Dhabi, according to organizers of the evacuation. The conditions are poor, Fox News has learned, with limited food and water, no shower options, poor bathrooms, and restricted movement due to them being on an airfield, organizers say. Families are sleeping on tile floors and hard plastic chairs with limited access to potable water. 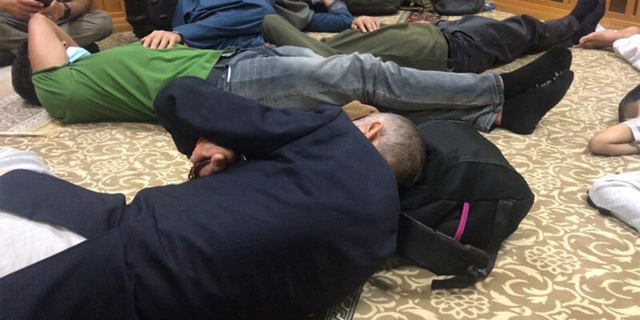 Photo showing the Americans, green card holders and SIVs who were evacuated from Kabul on Tuesday.
(Bryan Stern, a founder of non-profit group Project Dynamo)

“We have an immediate and urgent need for food and diapers in the airport. There are no stores in the hangar where they are. I’ve spent all night on the phone trying to get supplies to them and I can’t,” Jen Wilson of Project Dynamo said. 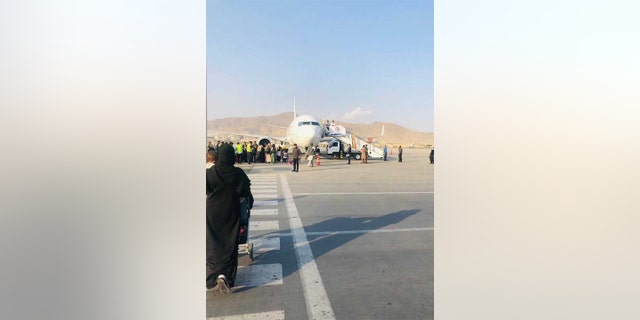 Stern said the initial plan was to move the passengers to a different charter jet in the United Arab Emirates, which Customs and Border Protection cleared to ultimately land at John F. Kennedy International Airport in New York. That plan then changed to landing at Dulles airport in Virginia, before the flight was ultimately denied any landing rights in the U.S. 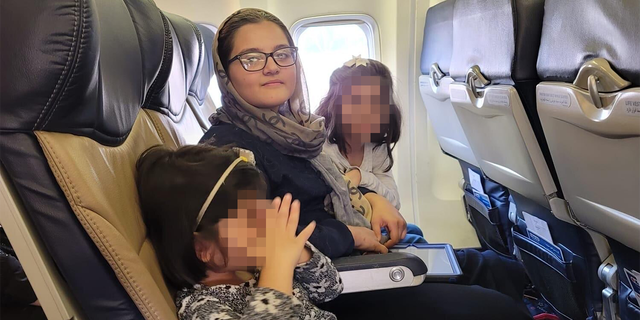 Photo showing the Americans, green card holders and SIVs who were evacuated from Kabul on Tuesday.
(Bryan Stern, a founder of non-profit group Project Dynamo)

Among those on board are 28 Americans, 83 green card holders and six people with U.S. Special Immigration Visas, including 59 children, Reuters reported.

Organizers now have the option of using a plane from Egypt to fly them from Abu Dhabi to Cairo, where they can refuel. They could then potentially fly to Dulles airport in Virginia, but would still need security clearance to land in the United States. The cost to organizers for the new option sits at $450,000. 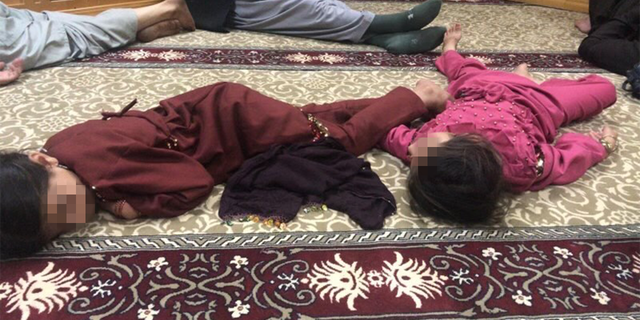 Photo showing children who were evacuated from Kabul on Tuesday.
(Bryan Stern, a founder of non-profit group Project Dynamo) 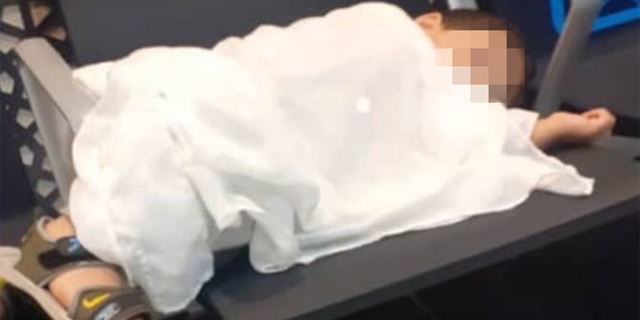 Photo showing a young child who was evacuated from Kabul on Tuesday.
(Bryan Stern, a founder of non-profit group Project Dynamo)

The State Department established a team to coordinate across government agencies and with advocacy groups, nonprofits and others for evacuations, which is working closely with the Department of Defense, a State Department spokesperson told Fox News in a previous statement Tuesday.

Another charter jet carrying Americans and lawful permanent residents previously lifted off out of Afghanistan earlier this month, after the U.S. withdrew from the country in late August. The White House noted at the time that the Taliban was “cooperative” with the effort.

The Taliban also facilitated the departure of the aircraft this week, according to the organizers of the effort.