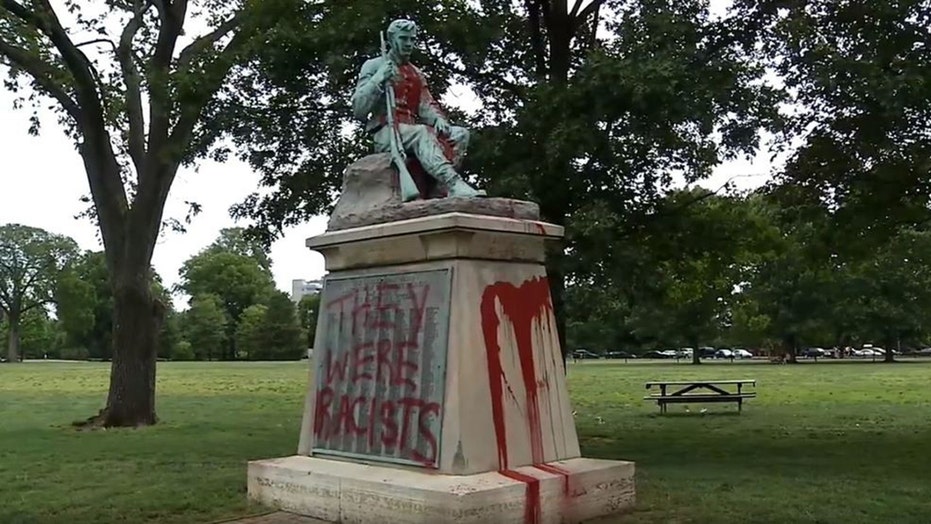 A Confederate monument commemorating more than 500 Tennessee soldiers who fought during the Civil War was vandalized overnight Sunday with red paint spelling “They were racists” in large letters atop the soldiers' engraved names.

Metro Police Capt. Chris Taylor told local reporters it was not the first time the statue – erected in 1909 in Nashville’s Centennial Park – had been vandalized.

He said, however, it was the first time in about seven years and the political nature of the tagging was a marked changed from previous incidents.

“There is video that takes place in Centennial Park. We will review that,” Taylor said, according to the Tennessean. “The parks do experience vandalism, usually it’s tagging, more of a neutral nature. This is more focused, obviously with a political statement associated.” 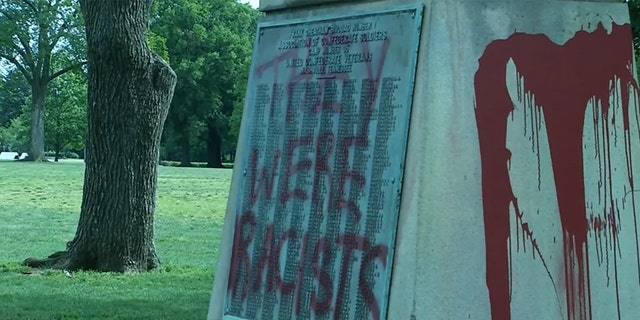 Red liquid was also doused on the statue while the phrase was scrawled on a plaque with the names of more than 500 Tennessee Confederate soldiers.
(FOX 17)

Red liquid was also used to douse the base of the statue.

The monument is one of two Confederate statues on public land in Davidson County. There are more than 70 across the state of Tennessee.

Critics argue many Confederate statues were built decades after the Civil War to promote white supremacy. Supporters counter the monuments are simply memorials to ancestors who fought and died protecting their homes.