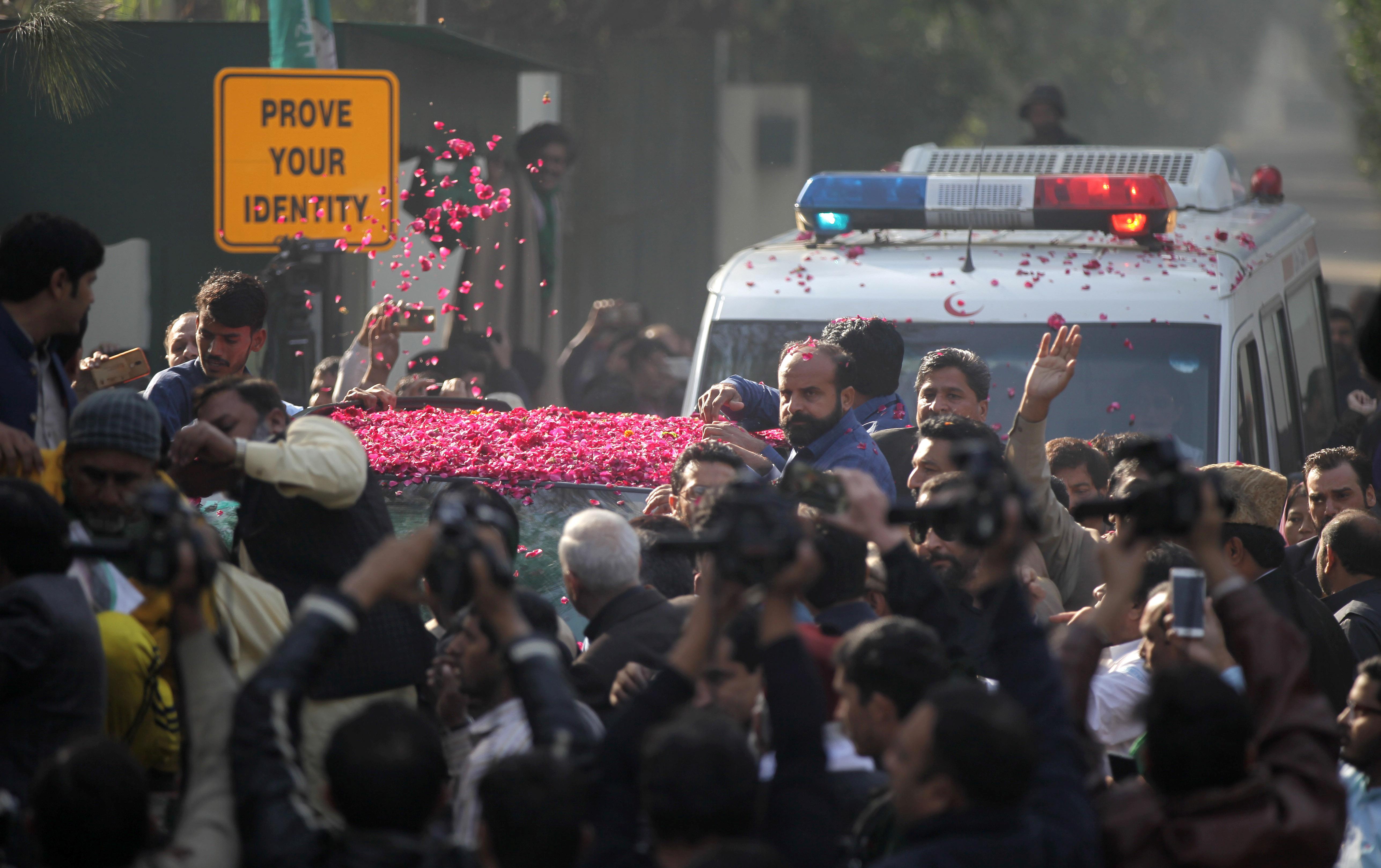 LAHORE (Reuters) – Former prime minister Nawaz Sharif left Pakistan on Tuesday in an air ambulance to receive medical treatment in London, his party said on Tuesday, a month after the three-time premier was released on bail from a seven-year sentence for corruption.

Sharif, 69, was accompanied by his younger brother and personal physician, according to leaders of his Pakistan Muslim League (Nawaz) Party.

Despite the convictions for corruption, Sharif remains popular among many people in Pakistan, and his health has dominated newspaper front pages and TV channels in recent weeks.

“Thank God that he has left for the medical treatment he needs urgently,” the party’s parliamentarian Ahsan Iqbal said.

“Nawaz Sharif will go to Boston after going through a detailed checkup in London. During his travel, he will stay in Doha for two hours,” Sharif’s close aide Pervaiz Rashid told Reuters.

Pakistan’s foreign minister Shah Mahmood Qureshi told Reuters in a Nov. 8 interview the government had no objection to Sharif traveling abroad, opening the possibility of his imminent departure. [L3N27O3W9]

But Sharif was only allowed to leave after agreeing to a series of conditions preventing him seeking exile, including submitting periodic medical reports notarized by Pakistan’s embassy in London, according to court documents seen by Reuters.

Sharif, who has been one of the main figures in Pakistani politics for three decades, denies the corruption charges, claiming they are politically motivated to oust him from power by judiciary backed by powerful military.

Sharif has had rocky relations with the military in all his three stints, which in the last tenure worsened over differences on how to handle the Islamist militant groups the army allegedly uses as proxies to against neighboring countries.