Anthony O’Malley, 49, from the North East of England, was strolling through the go-go bar strip of Pattaya, Thailand, at 3.30am on Sunday morning when he was approached.

CCTV footage shows how the “ladyboy” in a hot pants and a revealing pink top approached him and put their hand down the front of his trousers.

The confused Brit, with one hand holding a cigarette, tried to pull away but the ladyboy kept their hand on his private parts. A second sex worker then approached him to offer sexual services. 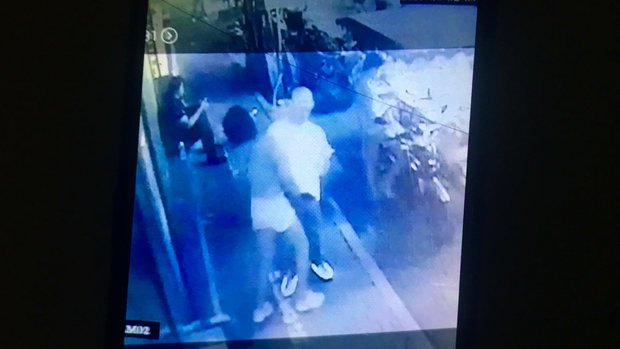 When Anthony returned to his hotel he noticed his wallet containing 20,000 Thai baht (500GBP) was missing.

He contacted police who checked CCTV and identified the suspects as being ladyboys.

Officers are now hunting the pair over the theft.

“The miscreant must be found and prosecuted,” a spokesman said. 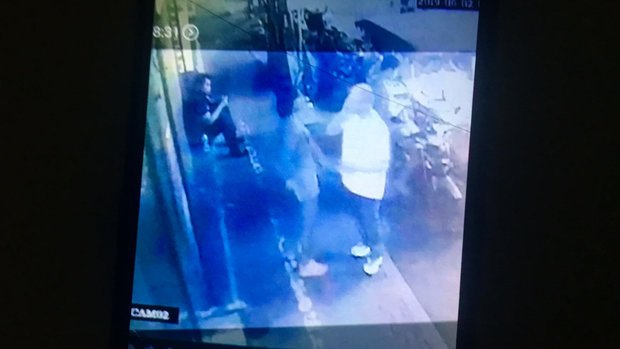 Thousands of Brit lads flock to the Thai beach city of Pattaya for cheap and easy sex each year.

Hordes of Brits have flocked to the resort with the promise of beautiful women, cheap luxury property, warm weather and cold beer on tap.

Daily Star Online previously revealed how hookers working in “Sin City” have been accused of using fake certificates saying they’re HIV free in a country where rates of infection are among some of the highest in the world.