A millionaire software tycoon couple have lost their bid to build a £4million riverside mansion after a planning inspector ruled their ‘ultra-bright’ mansion would ruin the night sky.

Chris Hoyle and his wife Elaine had submitted plans to build the huge avant-garde property on the waters-edge at the famous Beaulieu River in New Hampshire.

The river – where Lord Nelson’s favourite ship was built – has one of the darkest skies in Britain according to official data and is afforded the ‘highest status of protection’ as it’s within a National Park.

However, under Mr and Mrs Hoyle’s plans, they would demolish a 1960s property to replace it with a modern two-storey house fitted with a central glazed atrium, three wings and a ‘very large’ amount of artificial external lights.

The couple, who are moving into the area, faced a vociferous backlash from the local gentry after submitting their plans – with furious sailors saying the light would be so bright it would have dazzled them.

Now, a planning inspector has rejected the Hoyles’ plans due to the ‘sheer amount of lighting’, saying that the light pollution would risk ‘eroding rural darkness and tranquility’ at the celebrated site. 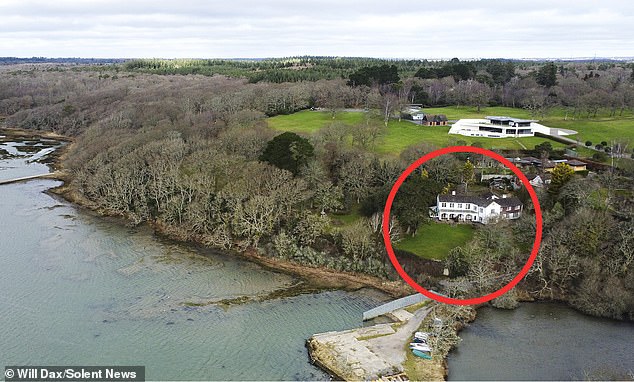 Millionaire software expert Chris Hoyle and his wife Elaine wanted to build an avant-garde mansion in the New Forest – but local gentry warned its bright lighting could dazzle sailors on the River Beaulieu at night. Pictured: The planned location of their £4m home 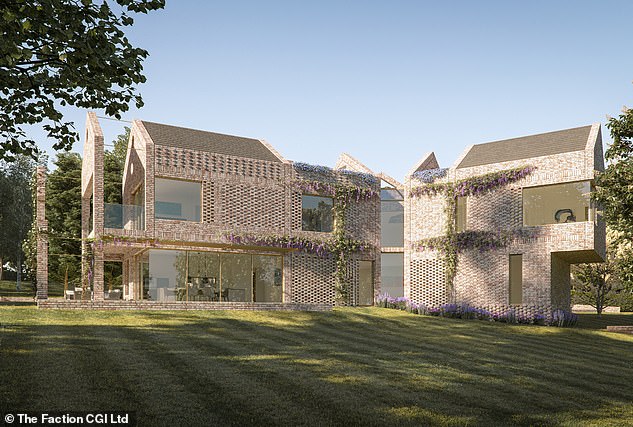 The couple hoped to demolish a 1960s property and build a two-storey home 1.2m (4ft) taller with three wings, a central glazed atrium and outbuildings

Beaulieu River, in Hampshire’s New Forest National Park, is one of the few privately-owned waterways in the world and has a rich maritime history.

The Hoyles sold their driving simulation software business in a £23 million deal in 2019 and bought an existing property on a 1.6 acre plot on Beaulieu River.

But, they say the plot was not big enough and set out plans to tear down the large, white 1960s-built riverside home and rebuild their two-storey home with three wings, an atrium, and outbuildings.

A planning committee ruled ‘unacceptable levels of light pollution’ would have an ‘adverse impact’ on the river’s users. But the Hoyles have launched an appeal.

Objectors to the plans included Beaulieu River Sailing Club’s Commodore, The Hon Mary Montagu-Scott, who said it would be a ‘safety hazard’.

The 57-year-old said: ‘The darkness is absolutely critical to night vision for sailors who come up the river at night and any increase in light pollution from houses with large glazed windows and doors, especially lighting to paths, trees, drives, pavilions, flood lighting to tennis courts, gardens, buildings, glazed rooflights or domes etc are damaging to night vision and as such present a hazard to safe navigation.

‘There are navigation lights to mark the main river channel to aid sailors, one of which is at [the house]… It is absolutely critical that these navigation lights cannot be confused with other nearby lights and also that ‘night vision’ to sailors is not eroded by other light pollution from houses.

‘My interest is in protecting the nature, ambience and character of the Beaulieu River for future generations and protect the safety of the navigation for yachtsmen.’ 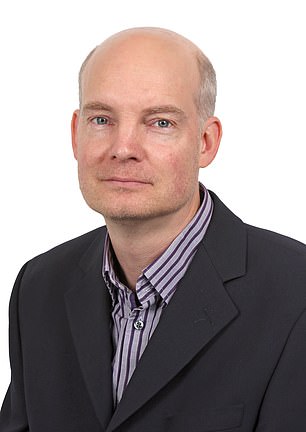 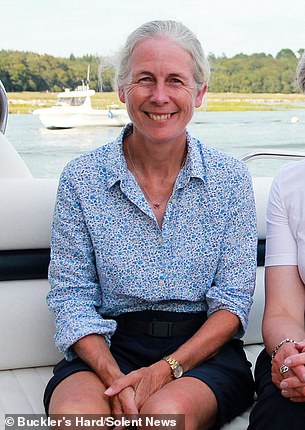 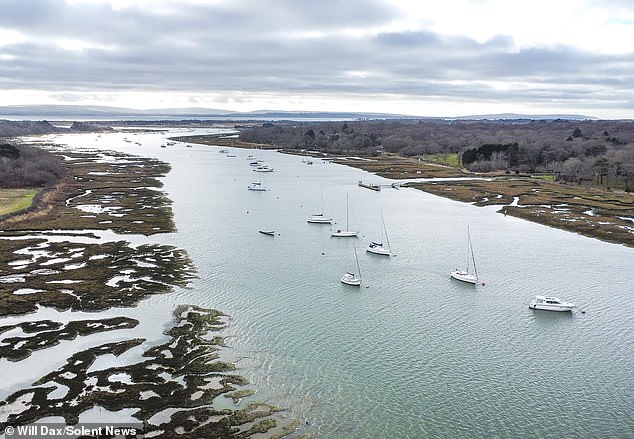 The famous Beaulieu River in New Hampshire, is one of the few privately-owned waterways in the world and has a rich maritime history

The Hoyles have had two applications refused, but took their latest application to an appeal committee.

But the planning committee has thrown it out after its third reading.

An inspector report said ‘the site has a notably verdant and tranquil character’ and ‘lies within one of the darkest locations according to the CPRE dark skies mapping information’.

It added the house would stand out in regards to ‘the wider landscape and its impact upon the rural tranquillity and dark skies associated with the site’.

The report said: ‘The site is located at a particularly prominent position along the river, close to a sharp bend… It is clearly visible in views from the river.

‘[The plans] would introduce a very large number of new external artificial lights onto the appeal site in association with the new roof terraces, stepped accesses, garden paths, outbuildings, pool and parking area, each of which would result in an element of light wash.

‘This, in itself, comprises an urbanising impact upon the appeal site.

‘Such lighting, a large proportion of which is in an elevated position, and the associated use of the outdoor elevated terracing, would together, detrimentally erode the tranquil nature of the appeal site, both through light pollution and noise pollution impacts.

‘It has not been satisfactorily demonstrated that the appeal proposal would not cause significant harm to the character and appearance of the area.

‘It would, therefore, be contrary to [local policies which] seek to ensure that new development comprises the highest standards for new design, which conserves and enhances the New Forest landscape and local character and distinctiveness.

‘[It would be contrary to local policies which] protects landscape setting, including appropriate design, layout, massing and scale, and avoiding artificial lighting from eroding rural darkness and tranquility and gradual suburbanising effects within the National Park.’ 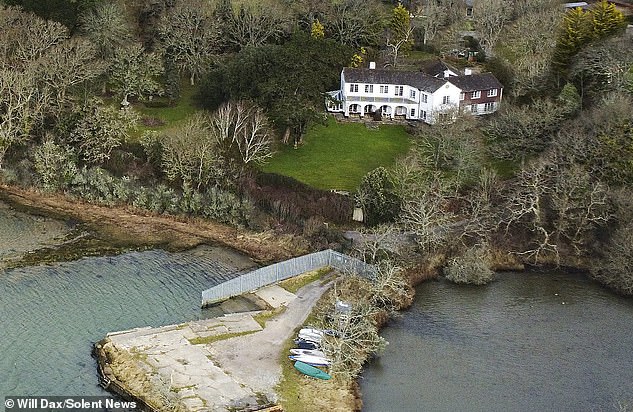 However, under Mr and Mrs Hoyle’s plans, they would demolish a 1960s property to replace it with a modern two-storey house fitted with a central glazed atrium, three wings and a ‘very large’ amount of artificial external lights 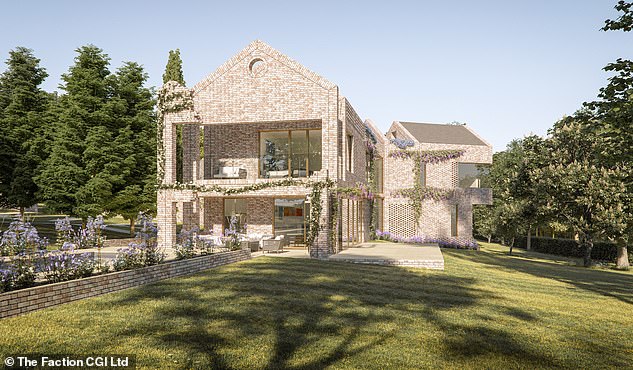 An inspector report said ‘the site has a notably verdant and tranquil character’ and ‘lies within one of the darkest locations according to the CPRE dark skies mapping information’. Pictured: The proposed ‘ultra-bright’ mansion

Beaulieu River’s ownership can be traced back to 1204, when King John was on the throne, and it has been in custodianship of the Montagu family for four centuries.

The river has a rich maritime history and proved hugely important during the Napoleonic wars, when it served as a key shipbuilding site and produced more than 50 wooden ships for the Royal Navy.

At Buckler’s Hard on the river, Master Shipbuilder Henry Adams and his sons built ships which fought at the Battle of Trafalgar in 1805 including Agamemnon, Euryalus and Swiftsure.

Lord Nelson famously declared HMS Agamemnon, nicknamed ‘Eggs and Bacon’, his favourite ever ship. The Admiral served as its captain for three years from 1793 and the battle-hardy ship was involved in many infamous wars.

During World War Two, Buckler’s Hard on the river became an important torpedo base.

The famous Gipsy Moth IV, used by Sir Francis Chichester when he became the first person to sail single-handedly around the world, is occasionally moored on the Beaulieu River.

Mr Hoyle, an IT expert, founded driving simulation software rFpro in 2007. It is used by racing teams in Formula 1 and motorsport.

The business, based in Romsey, Hants – where the couple are moving from – was bought by simulation company AB Dynamics in 2019 for £18.1 million, with £3.5 million in conditional add-ons, and Mr Hoyle remained with the business to support it as a non-executive director.