BUDAPEST (Reuters) – A Hungarian court on Saturday ordered the captain of a cruise liner that crashed into a pleasure boat on the Danube to be held pending a criminal investigation into a disaster believed to have killed 28 people, nearly all of them South Korean tourists.

The Viking Sigyn cruise liner struck a smaller boat, the Mermaid, in heavy rain on Wednesday. The smaller vessel, which was carrying a group of South Koreans on a pleasure cruise, capsized and sank in the worst accident on the Danube in more than half a century.

Seven Koreans were rescued alive and seven bodies recovered on the night of the disaster. A further 21 people — 19 Koreans and two Hungarians — are missing and presumed dead.

In the three days since the disaster, roiling floodwaters have prevented divers from reaching the wreck or recovering the rest of the bodies. Hungarian police said on Saturday they had identified the seven bodies recovered so far, using finger and palm prints and photos shown to family members.

The high death toll in the middle of a European capital has led to criticism of the rescue operation. Police spokesman Kristof Gal said helicopters with thermal imaging gear could not take off on Wednesday because of rain and wind.

River Police staff sergeant Richard Virag described hearing radio chatter of an accident, rushing to the Margaret Bridge near Hungary’s Parliament building, and spotting a man in the water crying for help by the next bridge.

When he and his partner pulled out the man they spotted another woman. They treated the two, passed them to ambulance crews and searched for other survivors, but found none.

“Even then we did not know what had happened for certain,” Virag told M1 television. “Nobody knew.”

Surveillance video from a camera on the riverbank, posted online, appears to show the cruise ship bearing down on the pleasure boat from behind as the two vessels head under a bridge. The smaller boat appears to capsize as it passes from view. The cruise ship then backs up. At one point a flashing light can be seen in the water, possibly from a life jacket.

The Ukrainian captain of the cruise ship, identified by police as C. Yuriy from Odessa, 64, has been held since Thursday without charge. He has denied wrongdoing.

A court ordered him held on Saturday for one month, with the possibility of release on a 15 million forint ($50,000) bail, prosecution deputy spokesman Ferenc Rab told Reuters. However, prosecutors appealed against the bail decision, meaning he must stay in jail until a new ruling, Rab said.

Water levels in the flooded river are expected to peak later on Saturday and begin subsiding, making it easier for divers to reach the wreck next week. 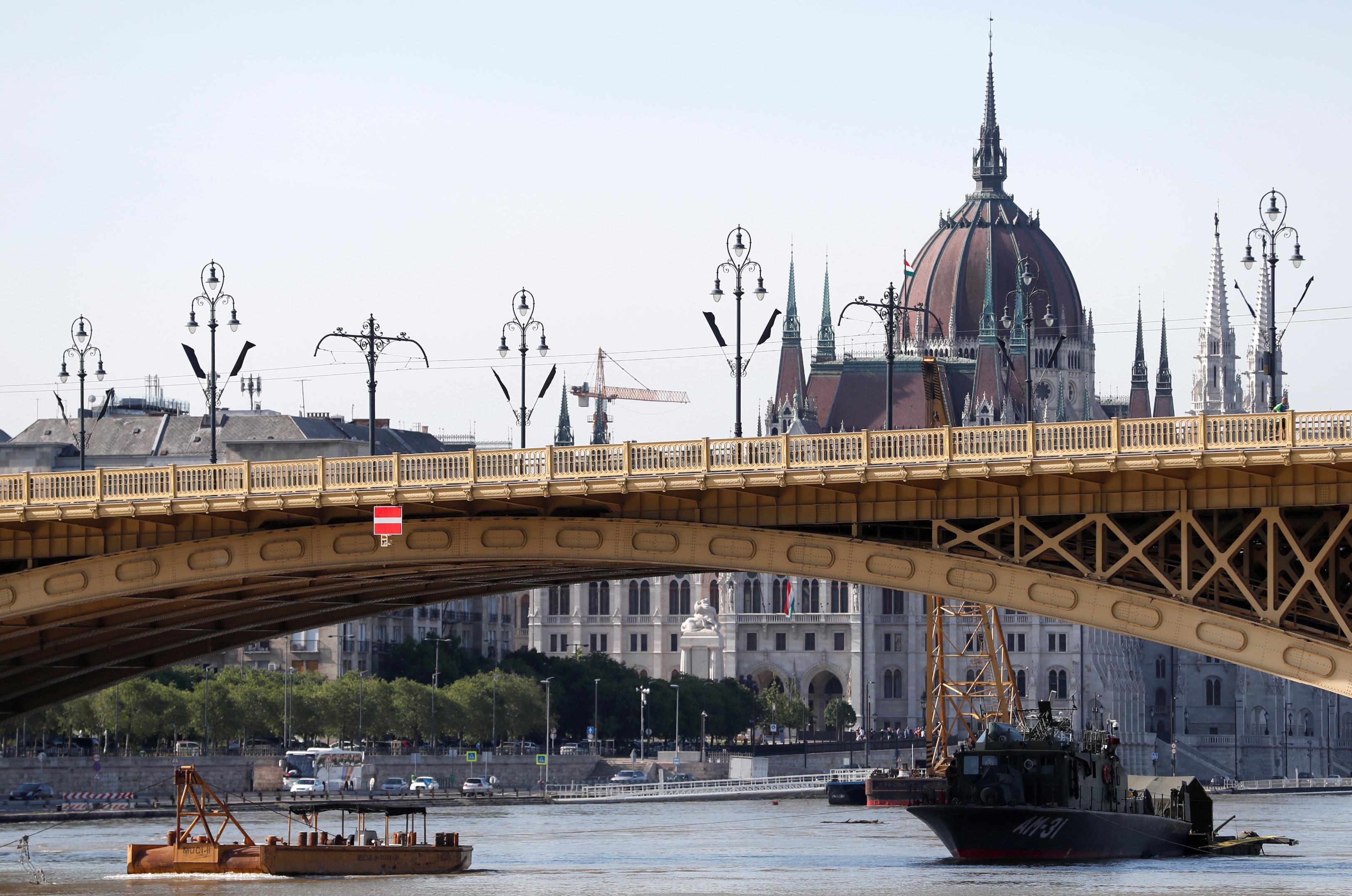 Swiss-based Viking Cruises, which owns the larger vessel, said it was cooperating with investigators and could not comment while a criminal case was under way.

“We are deeply saddened by the incident and our thoughts and prayers go out to those who were impacted and as well as to their families,” a spokesman said on Friday.