DOCTORS in packed London hospitals are being forced to choose who gets critical care and prioritising younger patients, according to reports.

Medics in the capital said a shortage of beds meant hospitals were implementing emergency guidelines – amid fears the NHS is reaching a point where it “simply won’t be able to cope”. 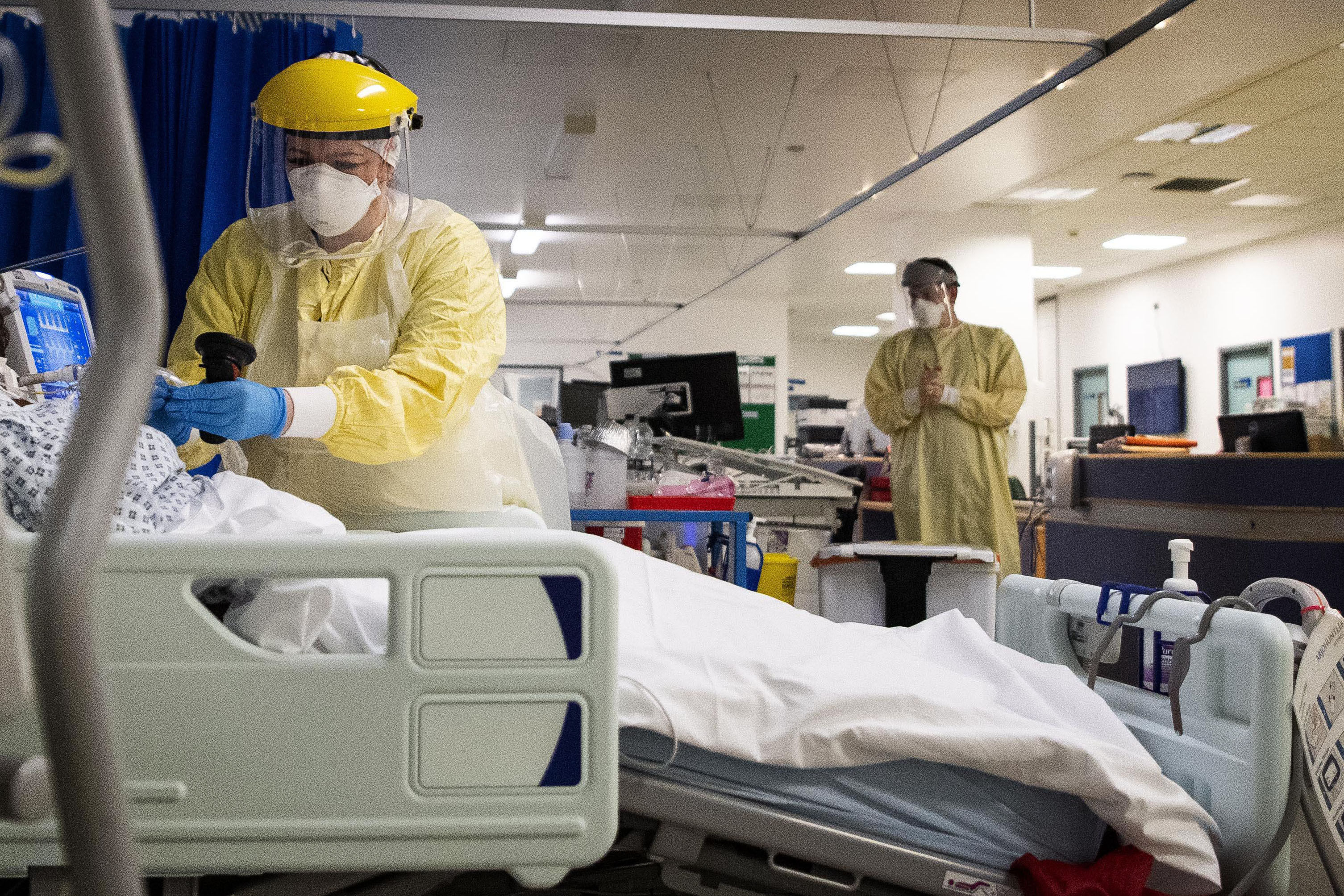 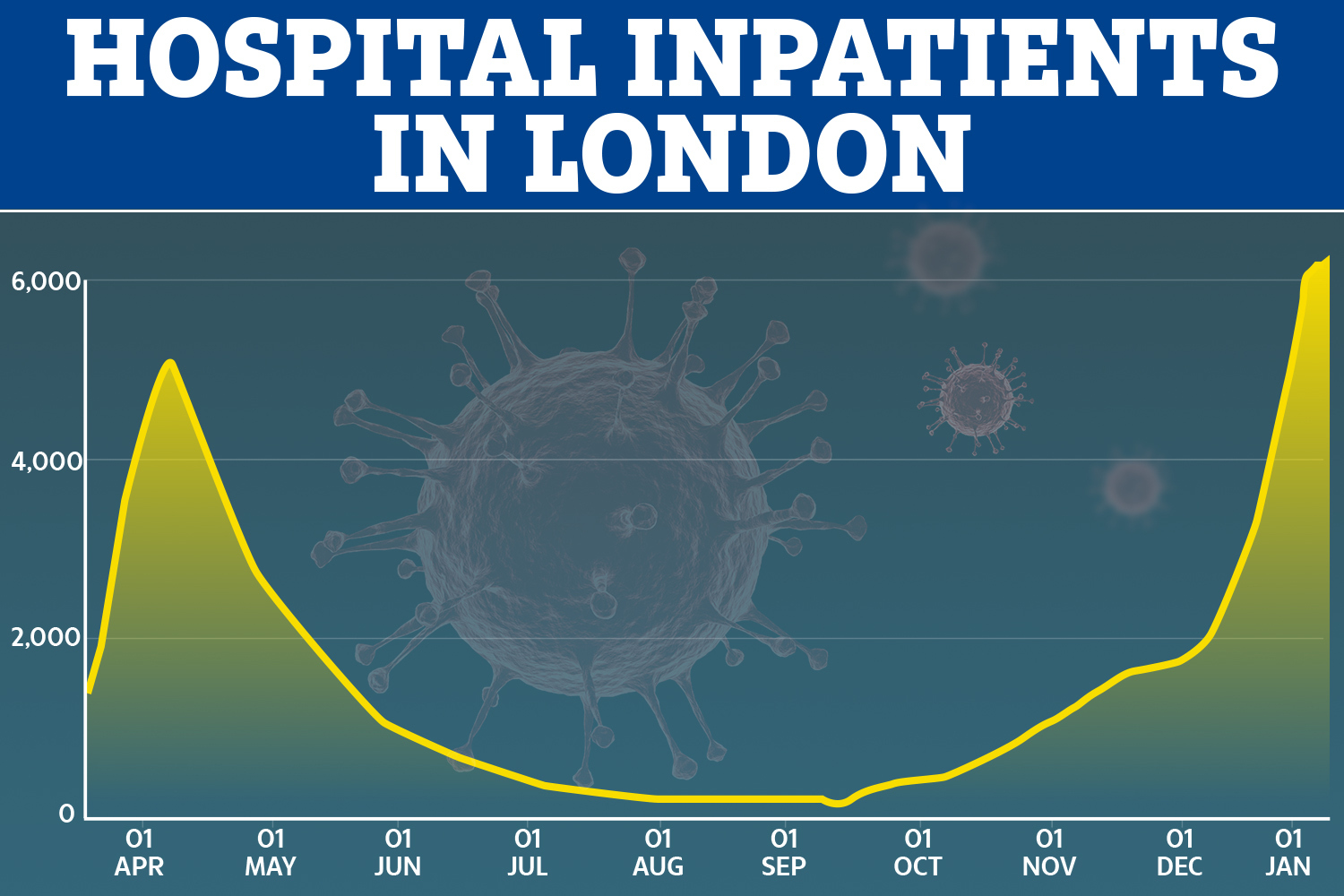 Doctors are reportedly “triaging” patients for critical care, with younger patients in the queue ahead of elderly patients – who are more likely to die from the virus.

Dr Katharina Hauck, from the faculty of medicine at Imperial College London, told the Daily Mail: “Hospitals in London are overwhelmed, which is a dangerous situation for all patients requiring urgent care…

“Sadly, some hospitals are now forced to follow … emergency triage of all patients requiring critical care.

“Applying this guidance effectively means that patients under the age of 65 who are not frail will be prioritised over elderly and frailer patients for critical care.

“Frail patients would be cared for in general wards with less intensive care.”

Hospitals in the capital have come under immense pressure as a highly contagious variant of coronavirus rips through the South East, forcing Boris Johnson to impose a third national lockdown.

A major incident means services can't operate as normal and are placed in an emergency situation. However it is not clear how exactly this would impact care for non-Covid patients.

He said the NHS is "on the cusp of being overwhelmed" with more than 7,000 Covid patients in London hospitals — almost 2,000 more than the first peak last April.

The numbers of people on ventilators has almost doubled since Christmas day – with 47 per cent more patients in intensive care, the Mayor said.

It comes after staff at University College Hospital in London said they were being forced to choose between patients – with an increasing number of younger patients entering ICU with the bug.

Deputy sister at University College Hospital Ashleigh Shillingford told the BBC: "We are so stretched we have to prioritise, and prioritising care is not the NHS I grew up in. We shouldn’t have to choose what patient gets what care first." 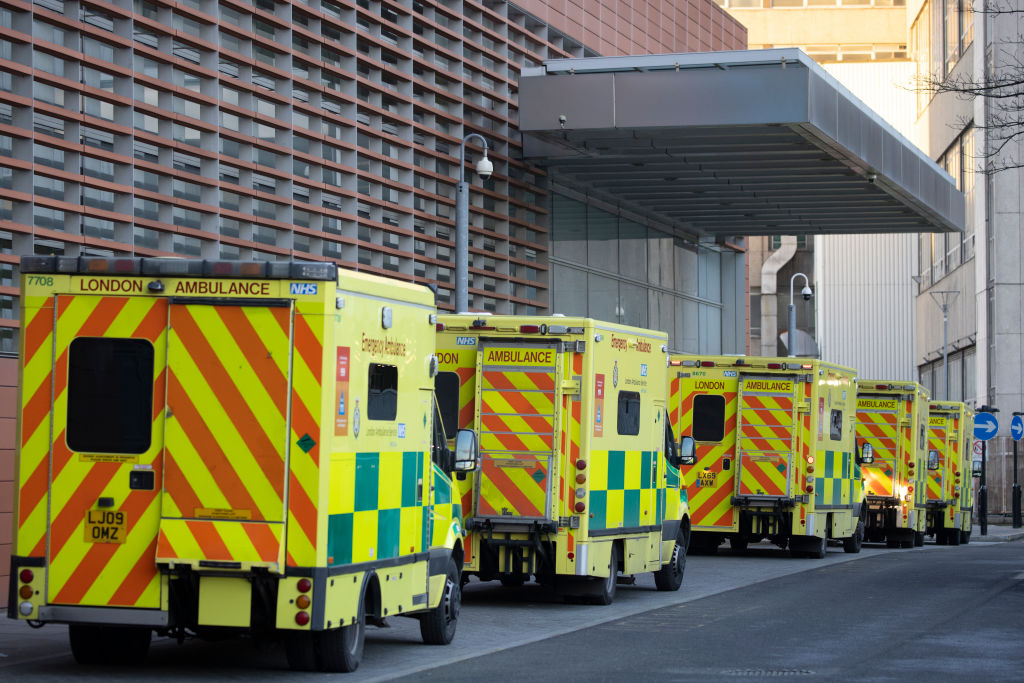 And there are fears that the capital may still be two weeks away from the peak – with hospitals potentially left short of 5,500 beds needed to cope with the explosion in cases.

A leaked NHS briefing from Dr Vin Diwakar, the Regional Medical Director for the NHS in London, warned that the capital’s hospitals face a shortfall of between 1,932 and 5,422 beds by January 19.

The briefing, seen by the Health Service Journal, says that under the “best” case scenario the capital will be short of 417 critical care beds. The “worst” case scenario could see hospitals have 945 too few beds.

According to the HSJ, some of the plans explored in the briefing include cancelling more elective work or sending those patients to other regions or private providers.

But Dr Diwakar yesterday denied claims that patients were being “triaged” in hard-hit hospitals.

He told the Mail: “The NHS has repeatedly instructed staff that no patient who could benefit from treatment should be denied it and, thanks to this surge capacity and by hospitals working together across the capital, that has not happened.”

It comes as the UK suffered its darkest day yet in the pandemic yesterday, with a record 1,325 fatalities and 68,053 cases.

Ministers fear that Brits are not obeying the rules in the same way as the first lockdown of March last year, which saw a high level of public compliance.

Experts today labelled the lockdown “too lax” amid fears that the infection rate would remain high if Brits continue to flout the rules.

Susan Michie, professor of health psychology at University College London, told BBC Radio 4's Today: "It is definitely too lax, because if you think about it and compare ourselves with March, what do we have now?

"We have the winter season and the virus survives longer in the cold, plus people spend more time indoors and we know aerosol transmission, which happens indoors, is a very big source of transmission for this virus.

“And secondly we have this new variant which is 50-70% more infectious. You put those two things together, alongside the NHS being in crisis, we should have a stricter rather than less strict lockdown than we had back in March.”

Meanwhile, Boris Johnson today pleaded with Brits to stay at home, saying: “I know the last year has taken its toll — but your compliance is now more vital than ever.”

And Chris Whitty, the government’s chief medical officer, has fronted a new TV campaign warning that “if you go out people will die”.

But in a positive step, Britain yesterday approved a third Covid vaccine in a boost to efforts to beat the pandemic.

UK regulators have now recommended the use of the Moderna jab – which is 94 per cent effective in preventing coronavirus.