Mr Galeotti wrote in The Times that the attack “is a direct assault on the Russian president’s authority” and it “could finish Putin off”. It remains unclear who caused the explosion on the Kerch Strait on Saturday, the day after the Russian President’s 70th birthday, but the statement of the attack is clear and was clarified by Ukrainian officials.

Mykhailo Podolyak, the adviser to the Head of Office of President Zelensky tweeted: “Crimea, the bridge, the beginning.

“Everything illegal must be destroyed, everything stolen must be returned to Ukraine, everything occupied by Russia must be expelled.”

Following the attack, many are now considering if retaking Crimea is a new objective of the Ukrainian forces.

Ukrainian officials have not taken responsibility for the attack, with some even saying it may have occurred internally from Russian security forces. 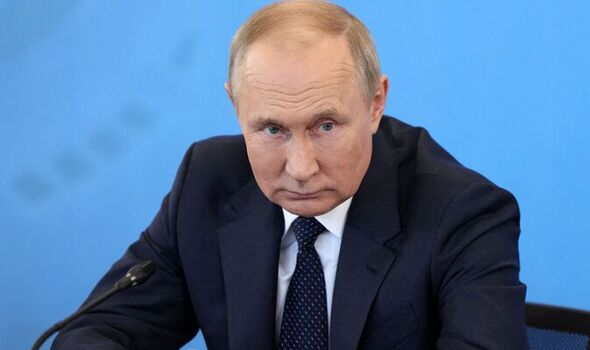 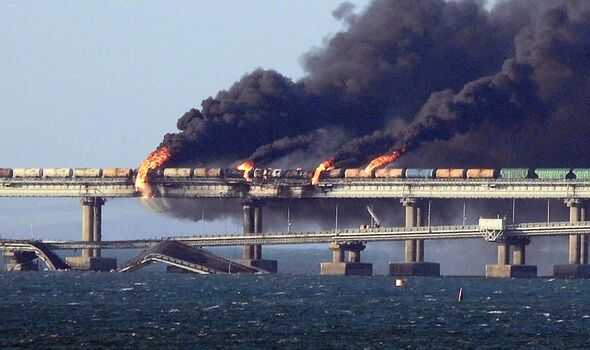 This theory has been supported by the fact that the truck which is suspected of carrying the bomb was registered in Russia and was driving from that area, implying it may have been the work of anti-Kremlin activists in Putin’s own territory.

Meanwhile, Putin has accused Ukraine of committing “an act of terrorism” and has subsequently ramped up security and is due to meet with his security council on Monday.

In a video on the Kremlin’s Telegram channel, Putin said: “There is no doubt. This is an act of terrorism aimed at destroying critically important civilian infrastructure.

“This was devised, carried out and ordered by the Ukrainian special services.”

Though the 12-mile road and rail bridge does serve as a vital connection point between Crimea and the Russian peninsula, both for citizens and for the military, the attack signifies much more than that. 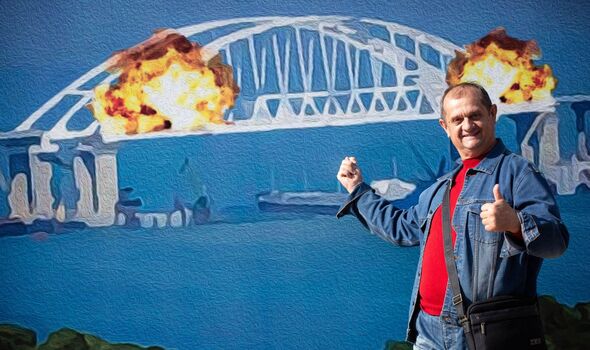 The bridge was a symbol of Putin’s triumph of illegally annexing Crimea and its opening in 2018 saw the President relish in this victory.

The attack on such a symbol just days after Putin illegally annexed four regions of Ukraine and a day after the President’s birthday showed yet again that the Russian forces and the FSB are undermining Ukraine and are woefully unprepared.

Mr Galeotti  ]wrote: “If it was a Ukrainian attack then it is yet another example of Kyiv’s ability to defy expectations.

“The bridge was protected by multi-layered defences that should have made any such operation impossible.” 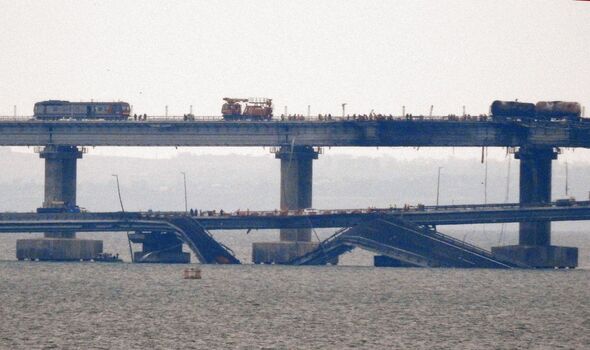 He added: “It is hard to know which is more embarrassing for the security agencies and worrying for Putin: that Ukrainian saboteurs could organise such an attack, or that forces opposed to the war are willing and able to conduct such operations.”

The attack has cornered Putin into an uncomfortable situation with backlash at home following his announcement of mobilisation, meaning further announcements and declarations of war would be widely unpopular.

However, with his status in Russia as a great leader under threat, it is uncertain what his next move will be.

Mr Gaelotti concluded: “Crimea is different [to the four recently annexed regions of Ukraine] and losing it would damage Putin’s hopes of being remembered as a great Russian state-builder.

“It might also be the last straw that brought him down.”