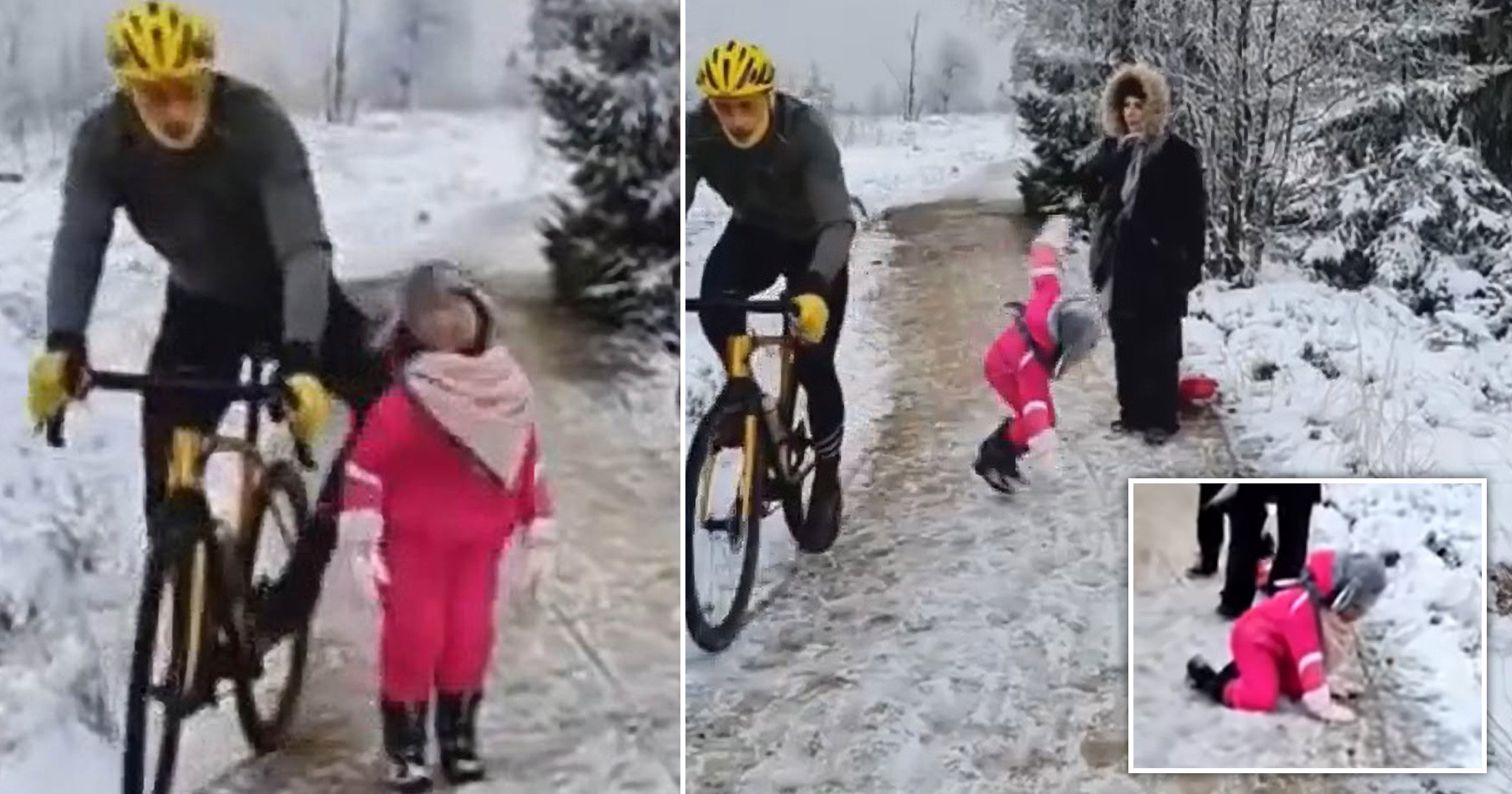 A cyclist who kneed a young girl in the face as she walked with her family on Christmas Day is taking her dad to court for posting a video of the moment online.

The unnamed man, 62, says he felt threatened by the public and scared to go out after the clip of him knocking over the youngster on an icy path went viral.

He is suing Patrick Mpasa — who had his camera out to film five-year-old Neia in the wintry scene — for defamation.

Neia was walking by her mum’s side on the snow-covered path as the cyclist approached from behind at a nature reserve in Belgium’s Walloon region.

Just as he drew level with the little girl, the rider seemingly pushed out his knee, flooring her before continuing on his way.

Mr Mpasa believed it was not an accident as the man did not stop to check if the girl was OK.

And after he put the clip online, police tracked down the cyclist.

He escaped punishment after telling a court: ‘When I was riding close to the girl, I felt my rear wheel sliding.

‘To avoid a fall, I balanced myself with a movement of my knee.

‘I felt that I might have hit the girl but did not immediately realise she had been knocked over.’

A trial will be held next year to decide his defamation claim.

Mr Mpasa said last year that, after he was identified, the cyclist still failed to say sorry.

‘He explained what happened and asked us to withdraw the police complaint but he showed no remorse and did not apologise,’ the dad said.