Thousands of soldiers who died in the D-Day landings have been honoured in moving ceremonies in northern France, 75 years on.

Veterans were joined by national leaders and members of the Royal Family to remember the more than 4,000 British, American and Canadian troops who died on 6 June 1944.

Many died on the beaches under withering assault from German guns as the Allies began the campaign to liberate Europe from Nazi control. 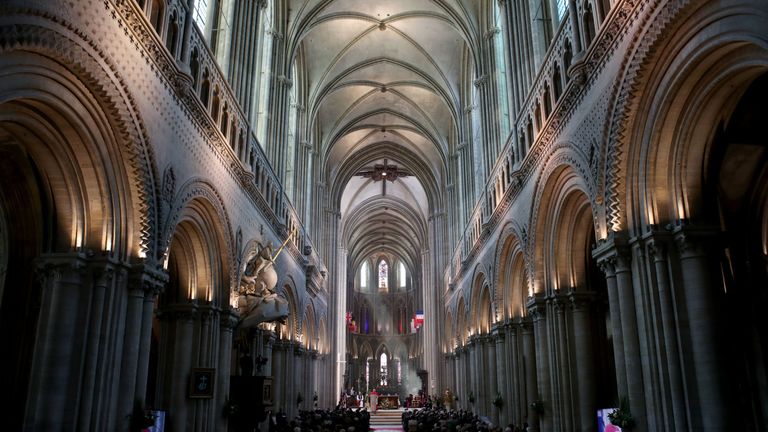 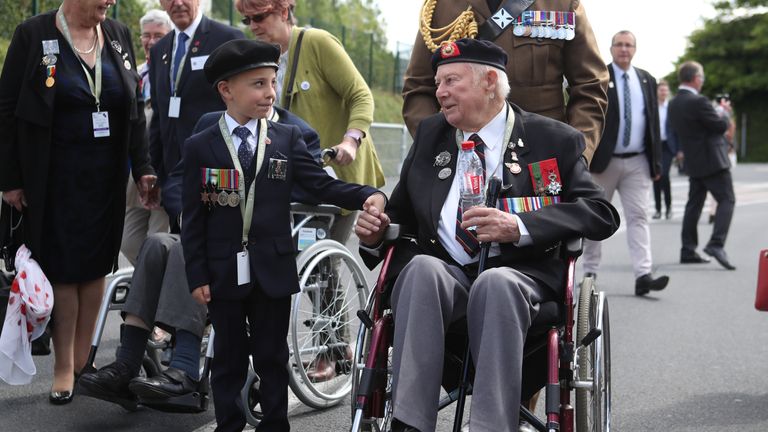 During a service at Bayeux Cathedral, D-Day veteran Kenneth Hay read from the poem Normandy by Cyril Crain, who landed on Juno beach four days before his 21st birthday.

Mr Hay’s reading began: “Come and stand in memory of men who fought and died.

“They gave their lives in Normandy, remember them with pride.”

The 1,000-strong congregation, including Theresa May, Prince Charles and the Duchess of Cornwall declared in unison: “We shall remember them”, before a two-minute silence.

At a service at Bayeux cemetery, 95-year-old Frank Baugh, a signalman on a landing craft, described seeing “our boys” slaughtered by German defences at Sword beach. 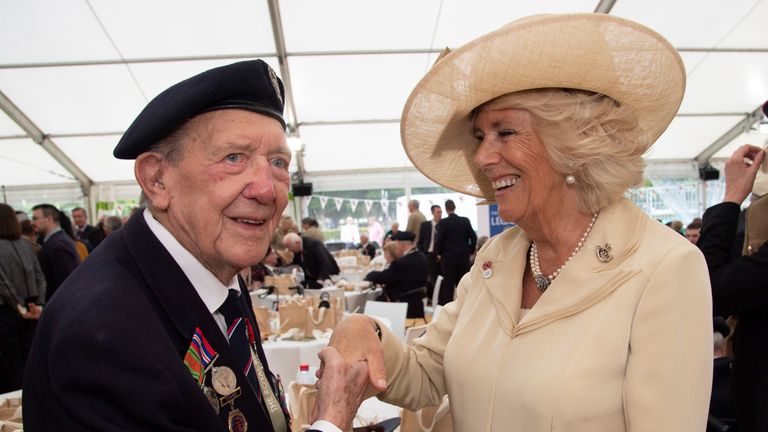 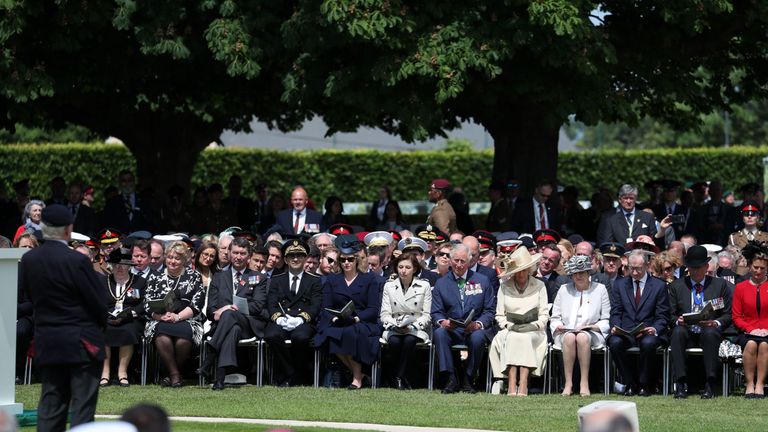 “We had been talking to them minutes before they were cut down with machine gun fire. They would fall into the water, floating face down, and we couldn’t get them out,” he said.

He finished his emotional speech, with “Thank you for listening”, and a salute.

Ceremonies began at 7.25am with a lone piper playing a lament on the remaining “Mulberry” harbour in Arromanches to signal the moment the first British soldier landed on Gold Beach. 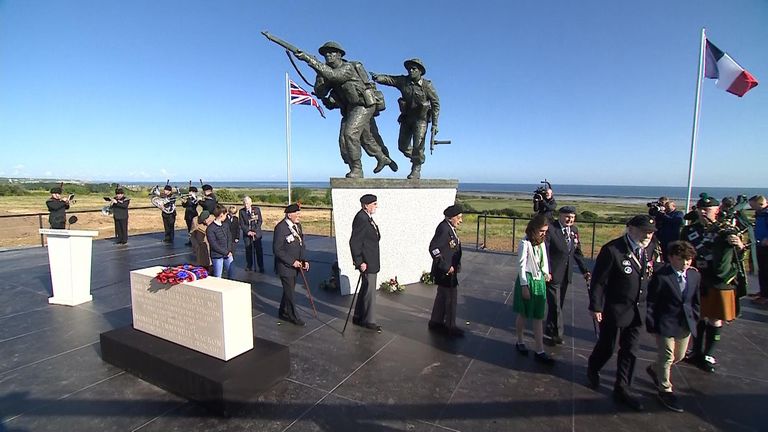 The monument will list the names of all 22,442 members of the British armed forces who died in the Normandy campaign in summer 1944.

In all, three million Allied troops took part in the 80-day campaign to liberate Normandy, which cost the lives of 250,000. 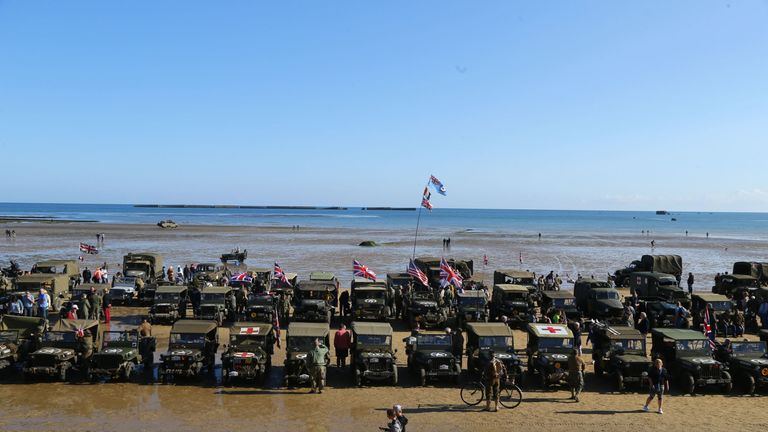 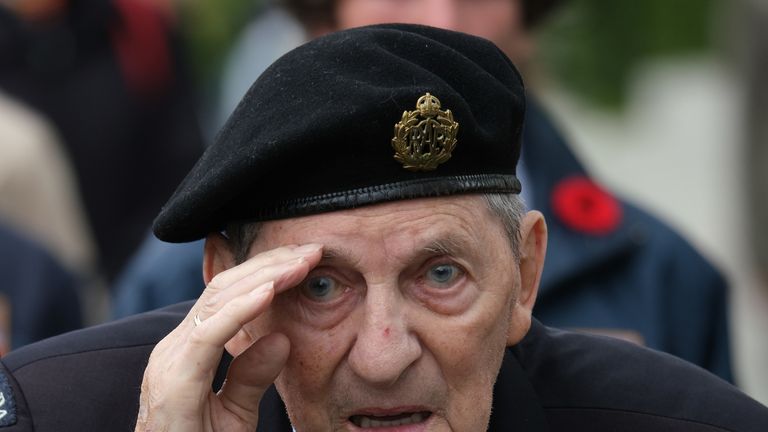 Later, Mrs May and French President Emmanuel Macron paid their respects to the fallen at Ver-sur-Mer by inaugurating the British Normandy Memorial overlooking Gold Beach, where many of the troops landed.

The monument will list the names of all 22,442 members of the British armed forces who died in the Normandy campaign in summer 1944. Mrs May called it “incredibly moving” to be there, saying it was “almost impossible to grasp the raw courage that it must have taken that day to leap out from landing craft and into the surf – despite the fury of battle”.

“We will always remember their courage, their commitment, their conviction. And to our veterans, here in Normandy, I want to say the only words we can: thank you,” said the PM. 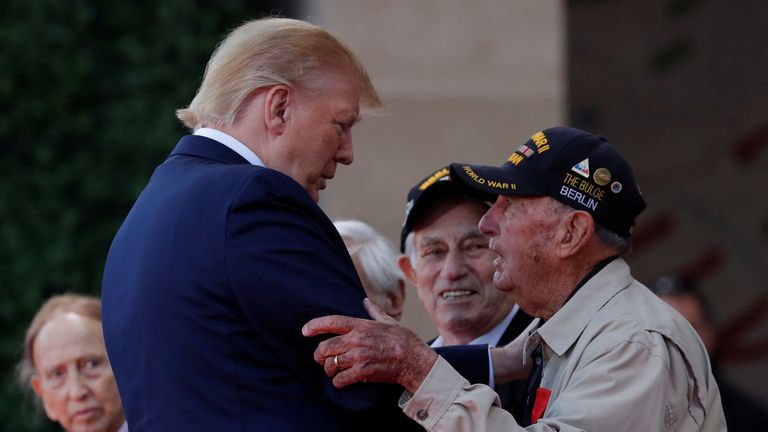 President Trump told veterans “our debt to you is everlasting” as he met surviving US troops at Omaha Beach in Colleville-sur-Mer, alongside First Lady Melania and President Macron.

In the UK, the Duke of Cambridge delivered the D-Day address made by his great-grandfather George VI, and met veterans at a ceremony at the National Memorial Arboretum in Staffordshire.