The father of a baby boy found crying beside his dead Ugandan asylum seeker mother has hit back at her family in a looming custody battle over where the child should be brought up.

Distraught Adriel Gaguma was found in a cot with an empty bottle of milk as his mother Mercy Baguma, 34 lay dead in the hallway of her Glasgow flat.

Now the boy’s father Eric Nnanna, who is seeking asylum in the UK, has revealed that he wants 18-month old Adriel to be raised by him in Scotland.

Earlier this week, Ms Baguma’s sister Sarah Nakendo told MailOnline that they wanted Adriel to live in Uganda, where he would have a ‘better life’ than in Britain. 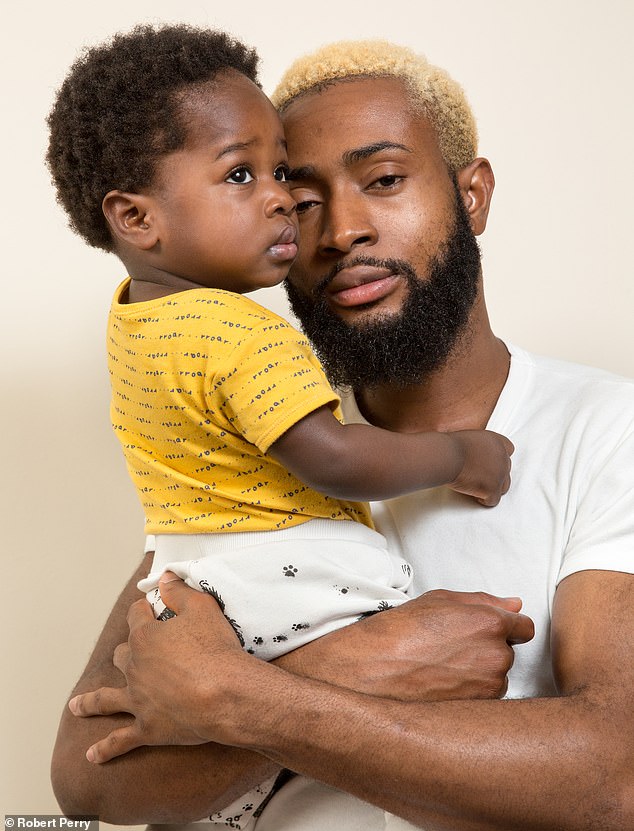 Adriel, 18 months old was found crying beside his mother Baguma’s body. Now his father Eric Nnanna (pictured with the boy) is fighting Mercy’s family in Africa for custody of him 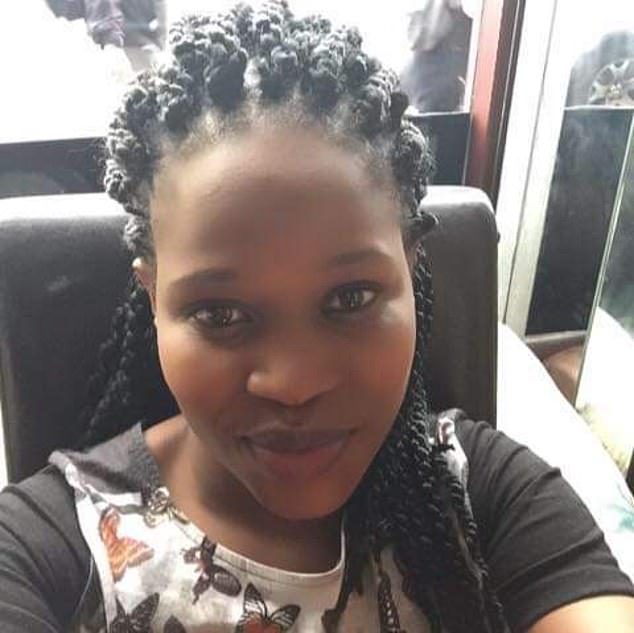 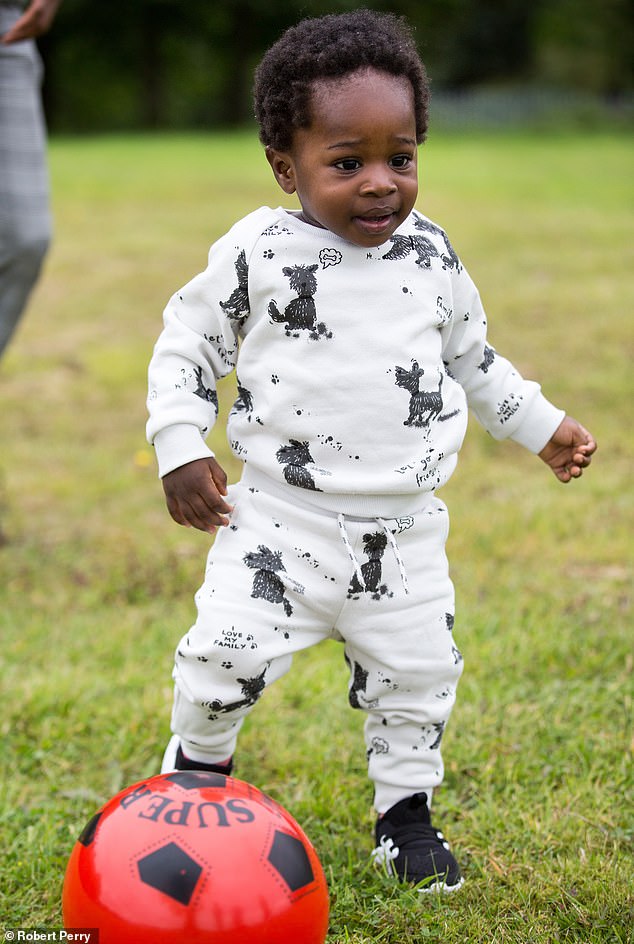 Mercy’s son, Adriel, was found hungry and crying in his cot next to her body

He added: ‘I want the future to be in Scotland. I also want him to play for the Scottish national team.’

Mr Nnanna described how he has been reduced to tears when the boy mentions his mother.

The child was alone for four days before being discovered by police.

Mr Nnanna told BBC Reporting Scotland: ‘I remember how she used to hold him, how they used to bond together. It is just so sad.

‘Adriel was the love of her life.’

But when he returned to the property on Saturday 22 August, he was forced to call the police after he heard Adriel inside.

The circumstances of her death are unclear. They have been described as ‘unexplained but not suspicious.’

Mr Nnanna said: ‘At that point I was so devastated. I was so weak. I knew that something had happened because there was no one answering the door. I could only hear Adriel.’

Officers soon arrived and broke down the door but told Mr Nnanna to stay behind.

Ms Baguma’s body was found in the hallway while her son was in his cot.

Mr Nnanna, 30, said: ‘When they brought him out, he was holding an empty bottle of milk.

‘He had marks on his skin as he had cried for so many days.’ 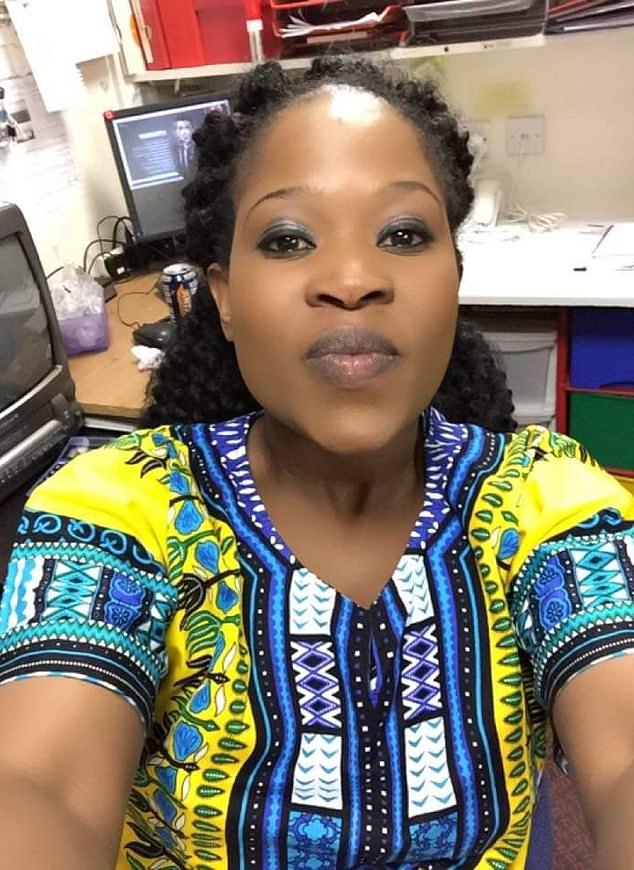 Privately-educated Ms Baguma suffered from pre-existing kidney and liver conditions, as well as depression and alcoholism, according to her family and friends 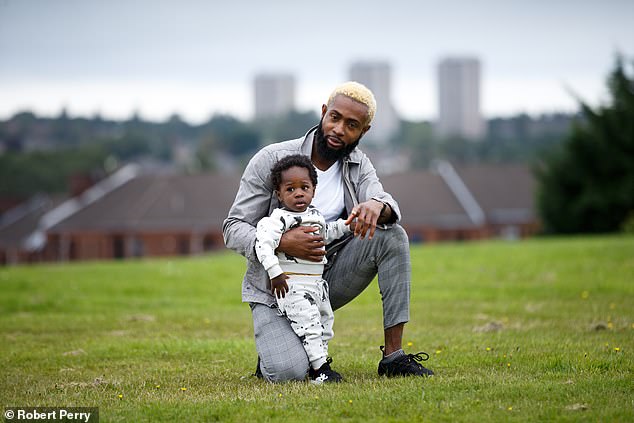 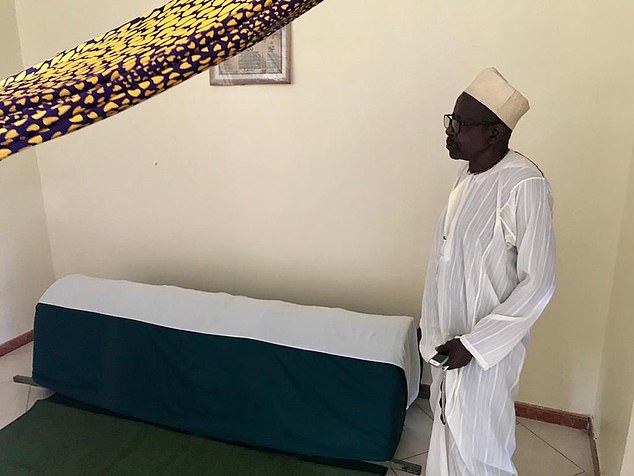 Mercy’s father, Abdu Balingilira Nakendo, stands by her coffin at her funeral yesterday 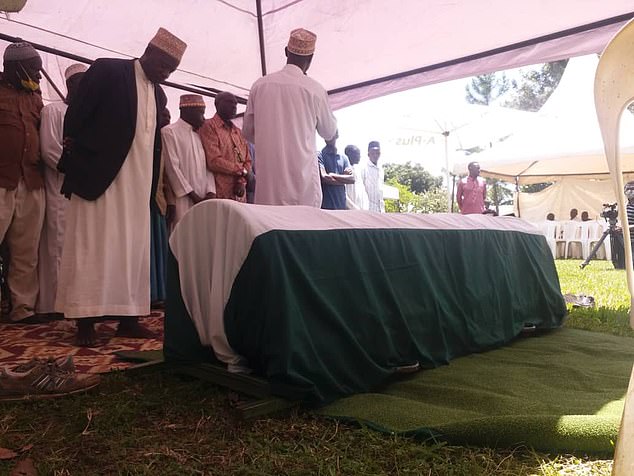 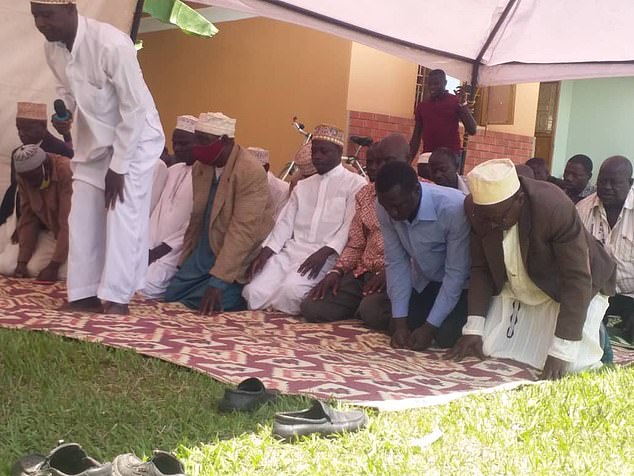 Mercy’s father, brothers and other local dignitaries pray at her funeral service yesterday

Asked for his reaction to the fact his son was still alive, he said: ‘I couldn’t believe Adriel had survived for those few days.

‘He surviving was a miracle.’

The cost of Ms Baguma’s body to Uganda was met by a crowdfunding appeal while the remaining funds of £75,000 are to be placed in a trust for her son.

Speaking at the funeral her sister Ms Nakendo said: ‘The money raised by donations for our nephew should be fixed in an account which he will access when he is of age. We shall use the little we have to take care of him unconditionally.

‘My father can’t understand why they sent back his daughter’s body, but his grandson remains in Britain. We want Adriel back very much. He is our blood. He is Ugandan, with family here. We want to do it for Mercy.’

Mercy, who was from a wealthy background, suffered from alcohol addiction, depression and a kidney condition for years before her death.

According to friends in Glasgow, her relationship with Mr Nnanna, whom she met in a phone repair shop in 2017, had been tempestuous for seven months but they were trying to get back together.

The tragic asylum seeker was laid to rest in her family village near Bugiri in eastern Uganda, in a ceremony attended by about three hundred mourners. 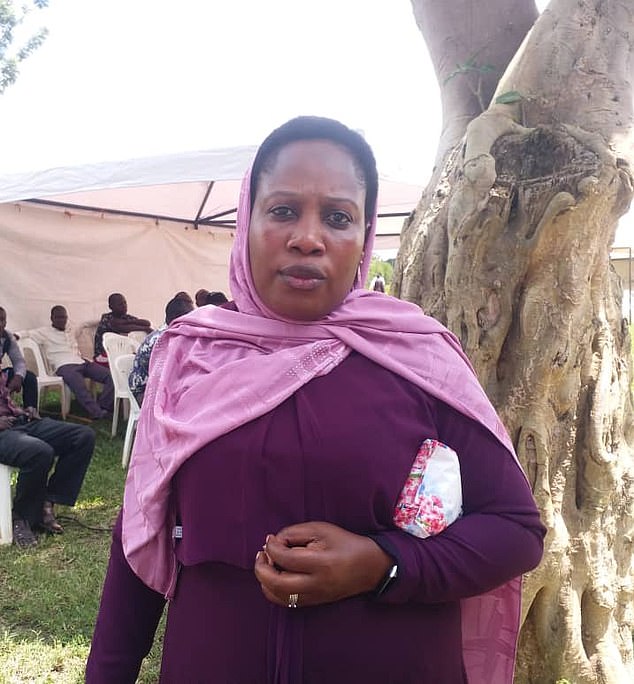 Mercy’s sister, Sarah Nakendo, said she wanted to bring Adriel to live with the family in Uganda 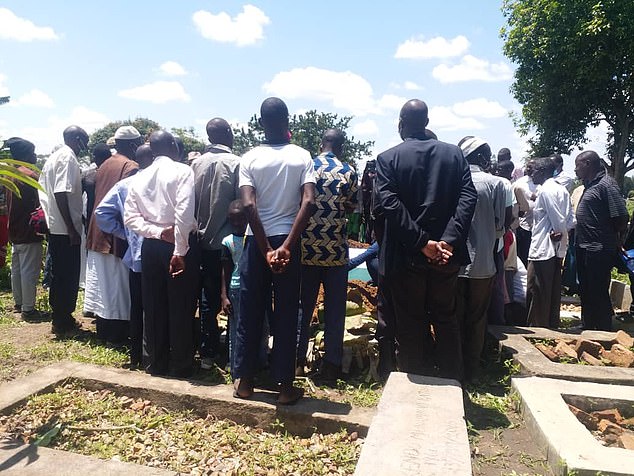 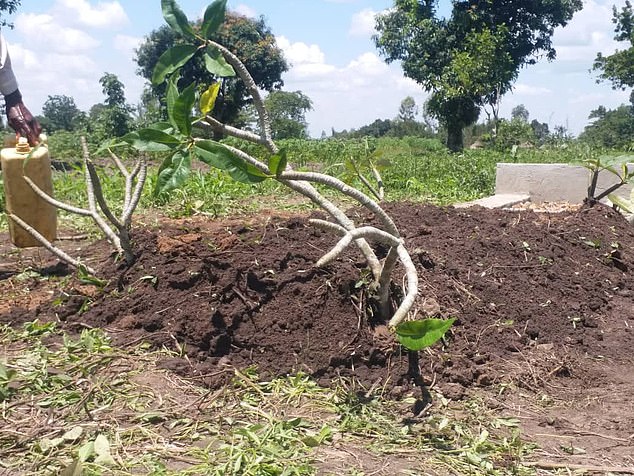 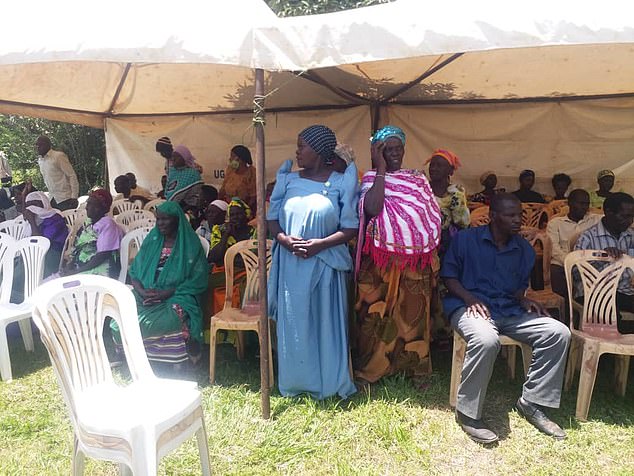 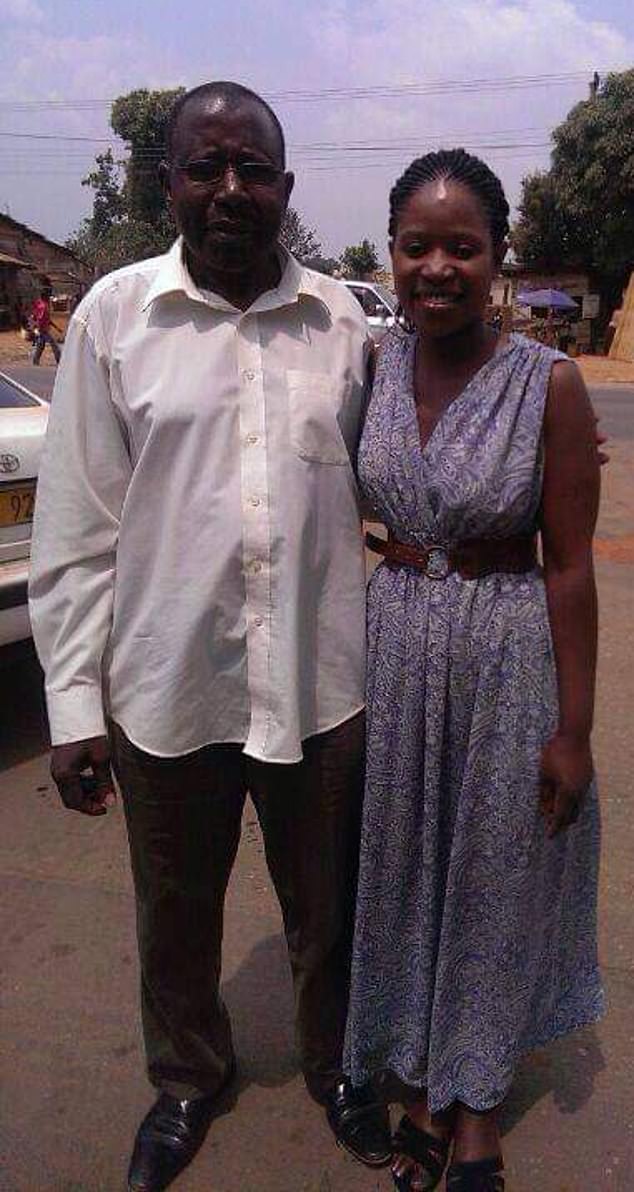 Ms Baguma, right, and her father, former MP Abdu Balingilira Nakendo, left, who collapsed when he heard news of her death 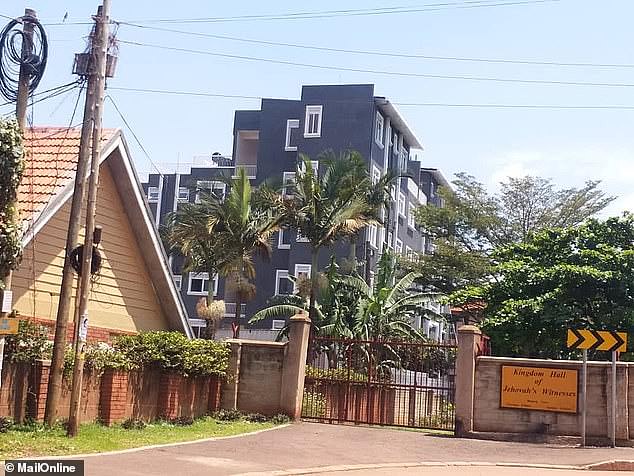 Mercy’s family lives adjacent to an enclave known as ‘Ministers’ Village’, due to its popularity with Ugandan politicians, army chiefs and business leaders 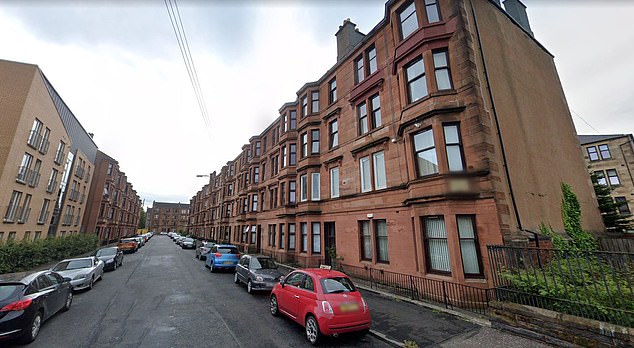 Mercy’s body was found in her flat in Govan, Glasgow, in August, next to her hungry son

She belonged to a prominent local family who own an extensive network of properties in the capital, Kampala, as well as extensive farming assets in their home village.

Ms Nakendo also revealed that the grieving family’s pain had been made worse by getting caught up in the ‘politicisation’ of Mercy’s death by activists and politicians in Britain.

The charity Positive Action in Housing (PAIH), which had been helping Mercy, said she was living in ‘extreme poverty’ as her right to work in Britain had expired.

Scottish leader Sturgeon blamed Westminster, saying ‘the UK asylum system is not just broken, it is deeply inhumane’ and calling on the British Government to ‘look into their hearts as a result of this case’.

Boris Johnson agreed to step in to pave the way for Mr Nnanna and Adriel to stay permanently in Britain.

‘People are using the death of my sister for their political campaigns while the family is being left out,’ Ms Nakendo told MailOnline.