DAILY MAIL COMMENT: The wheels have come off the Tory clown car

In this column on Saturday, the Mail had a blunt message for the Prime Minister: Get your act together – and fast.

Four days later, the Government – indeed, the entire Tory party – resembles a clown’s car trundling into a circus big top. It’s clear to everyone the wheels are coming off.

For a brief moment yesterday, it seemed as if calm was returning. Then, in the blink of an eye, chaos descended again.

Liz Truss lost her second Cabinet minister in a week. Conservative MPs had a furious dust-up during a crucial vote. And the Chief Whip appeared to have quit. 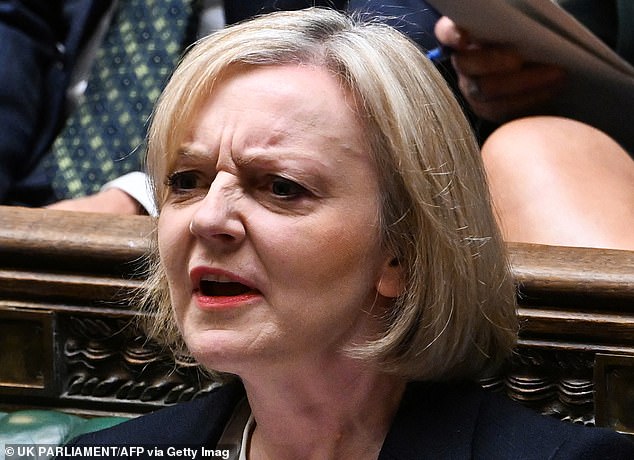 In this column on Saturday, the Mail had a blunt message for the Prime Minister: Get your act together – and fast

Home Secretary Suella Braverman was sacked for breaching the ministerial code by sending an official document from her personal email. But it was such a minor infringement, it’s hard to escape the feeling the charge was trumped up to get rid of her.

Mrs Braverman is concerned that the PM, desperate to survive at all costs, is backsliding on controlling immigration, which would be a gross betrayal of Brexit voters who backed the Tories in 2019.

Her resignation letter was an arrow dipped in poison, containing withering condemnation of Miss Truss clinging to No 10 despite the disastrous blunders that have seen the Tories’ poll ratings collapse. 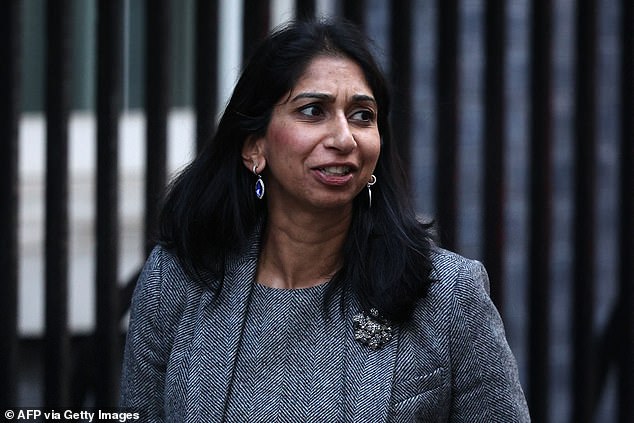 Home Secretary Suella Braverman was sacked for breaching the ministerial code by sending an official document from her personal email. But it was such a minor infringement, it’s hard to escape the feeling the charge was trumped up to get rid of her

As Sarah Vine wrote in these pages yesterday, to many voters, their holding great offices of state is like ordering a rump steak on your Ocado shop and finding they’ve replaced it with a tofu burger.

This looks like nothing more than a coup by the Tories’ liberal wing. Where is the democratic foundation for this?

Of course, it may be sensible to let Miss Truss take the brickbats until after the Halloween Budget, when her botched mini-Budget will be buried in ignominy.

But if things don’t soon turn around, surely wise party chiefs must begin arbitrating between the warring factions to alight on a unity candidate to replace her.

The country, facing demanding challenges, is crying out for strong leadership. Not a Government mired in mayhem, fragility and acting with ever more political expediency.

Mother of all scandals

Back in 2015, Dr Bill Kirkup chaired an inquiry into the maternity scandal at the University Hospitals of Morecambe Bay.

His excoriating report blamed a culture of incompetence, collusion and cover-up by managers and clinical staff for the avoidable deaths of mothers and babies.

But since that warning to the NHS, has anything really changed? It appears not.

Seven years on, it is both shameful and depressing that Dr Kirkup has exposed another catalogue of horrors in maternity care, this time at East Kent Hospitals Trust.

Between 2009 and 2020, up to 45 newborns died needlessly and dozens of mothers and babies suffered brain damage or other lifelong disabilities as a result of neglect, deplorable treatment and, in some cases, an astonishing level of cruelty.

What about the woman who, mid-birth, could feel being cut open due to inadequate pain relief? Or the grieving mother told by a staff member that her child’s death was ‘God’s will’? These incidents sound like something from the Dark Ages.

To make matters worse, instead of taking responsibility for their mistakes and learning from them, managers and midwives’ first instinct was deception and denial.

Desperate to be seen as the party of the NHS, the Tories have shunned major reform, instead pouring ever more money into it.

But the Kirkup report shows this is not about funding but the way trusts are run.

These scandals can no longer be seen as isolated failures. New national measures are needed to break the cycle.

If any good can come from this tragedy, it must be a change in attitudes to childbirth.