DAME Vera Lynn has been honoured with a Spitfire flypast ahead of her funeral as the nation says goodbye to the "forces' sweetheart" later today.

The adored singer, who entertained troops with morale-boosting visits to the front line during the Second World War, died aged 103 on June 18. 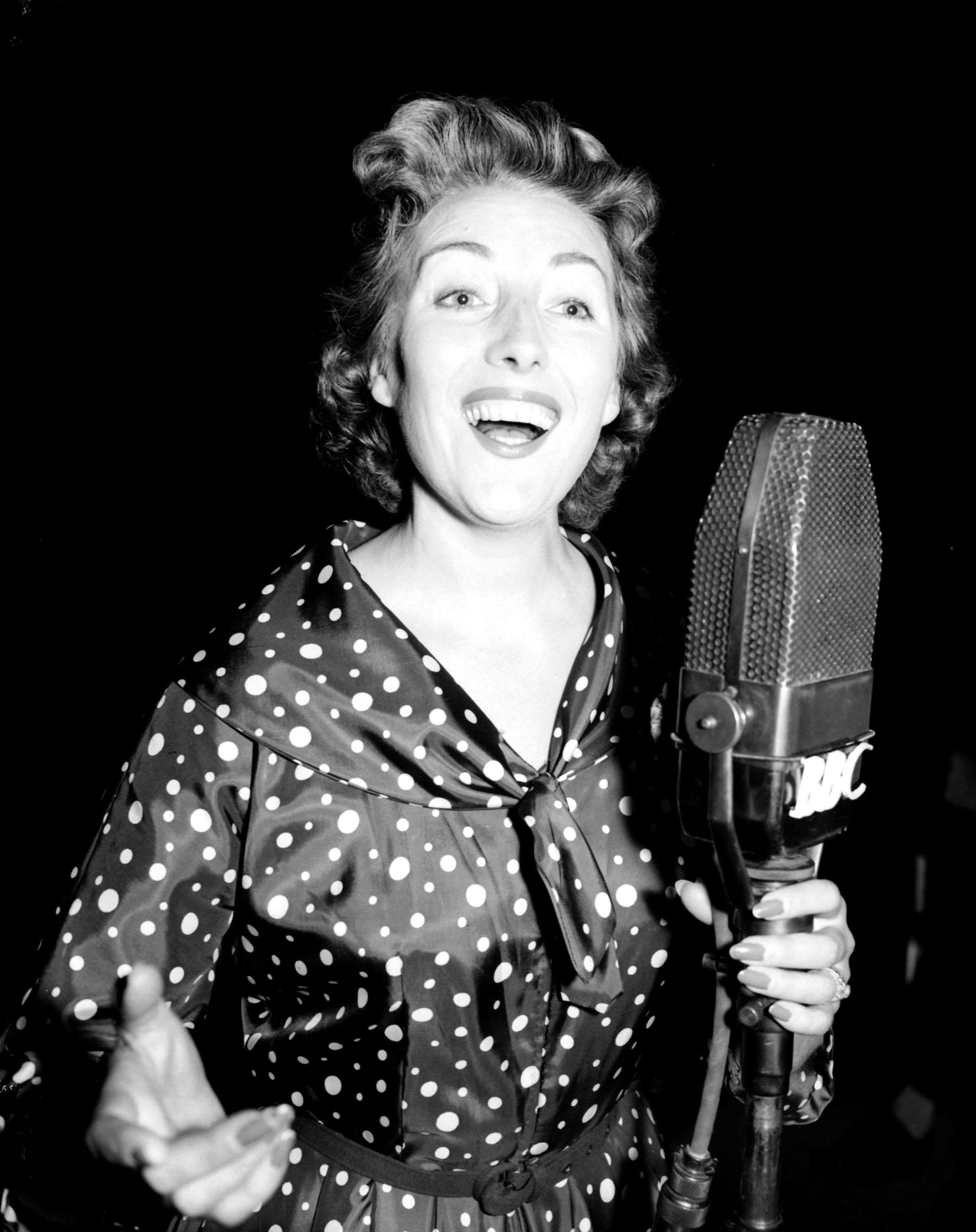 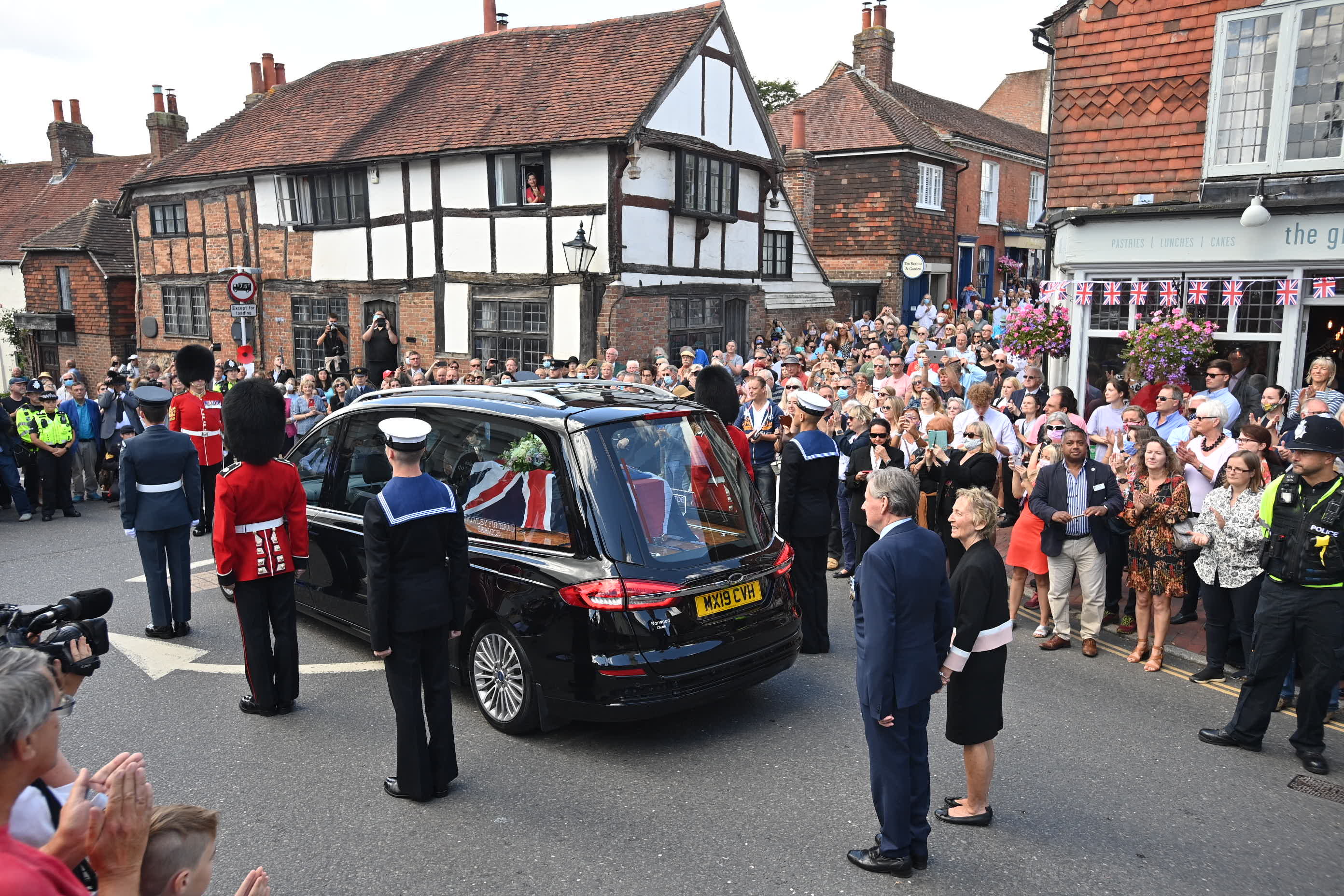 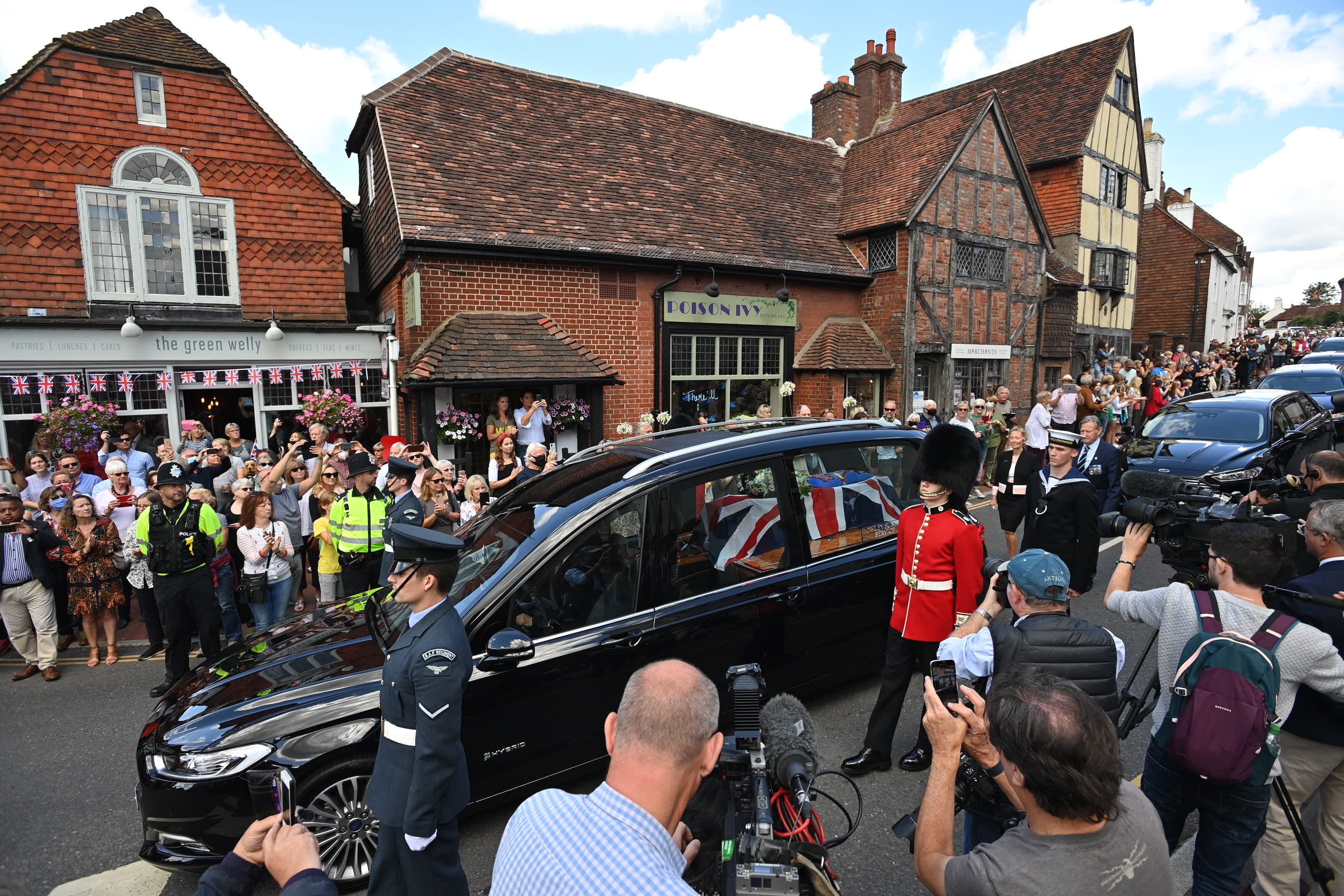 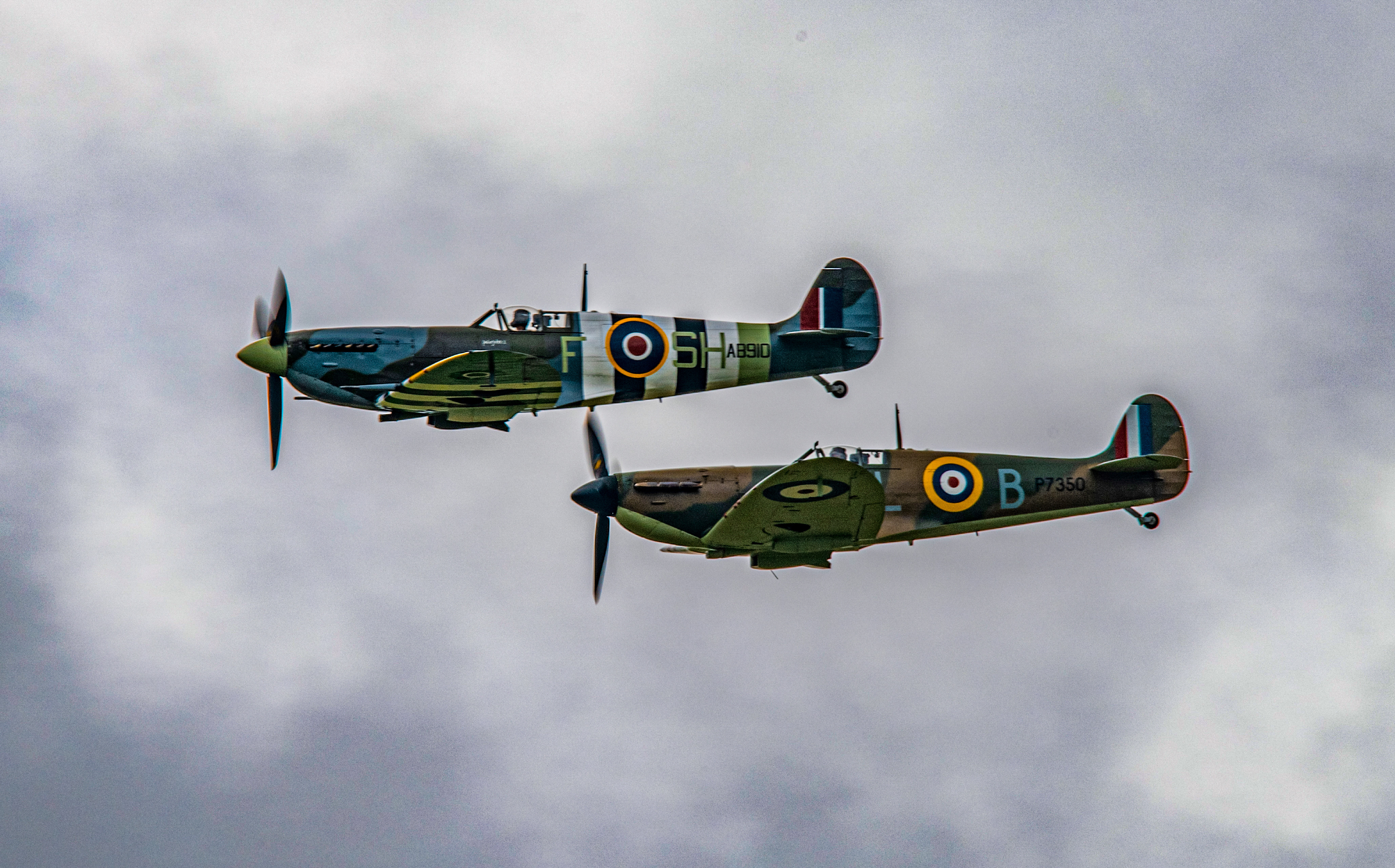 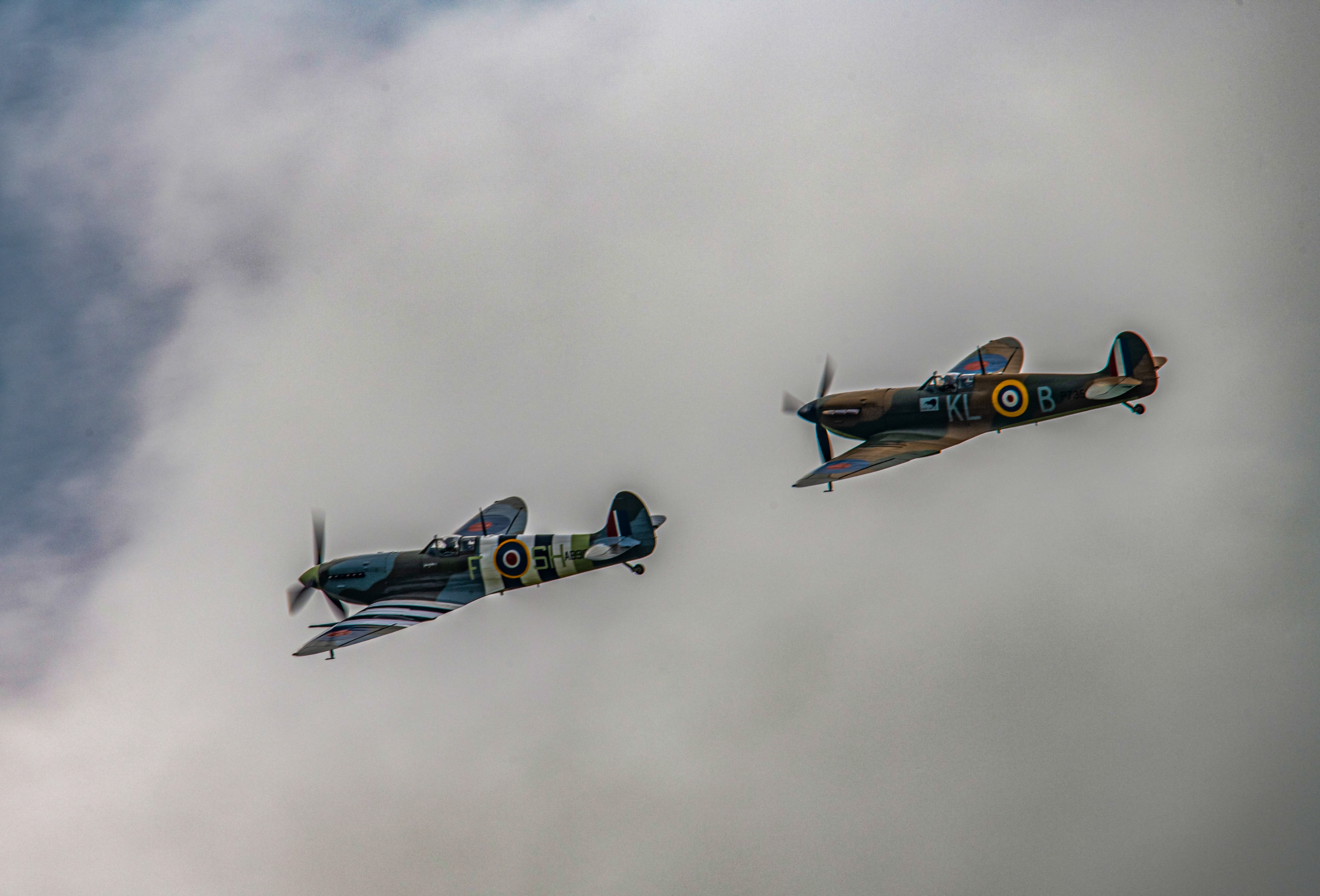 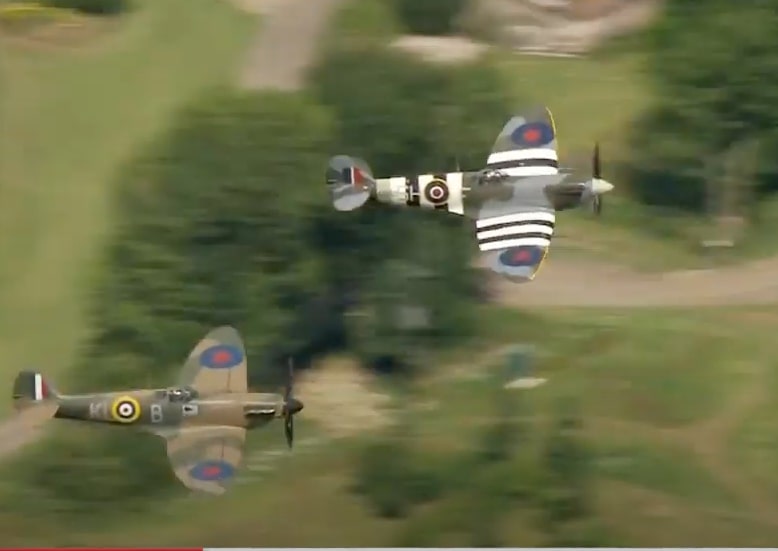 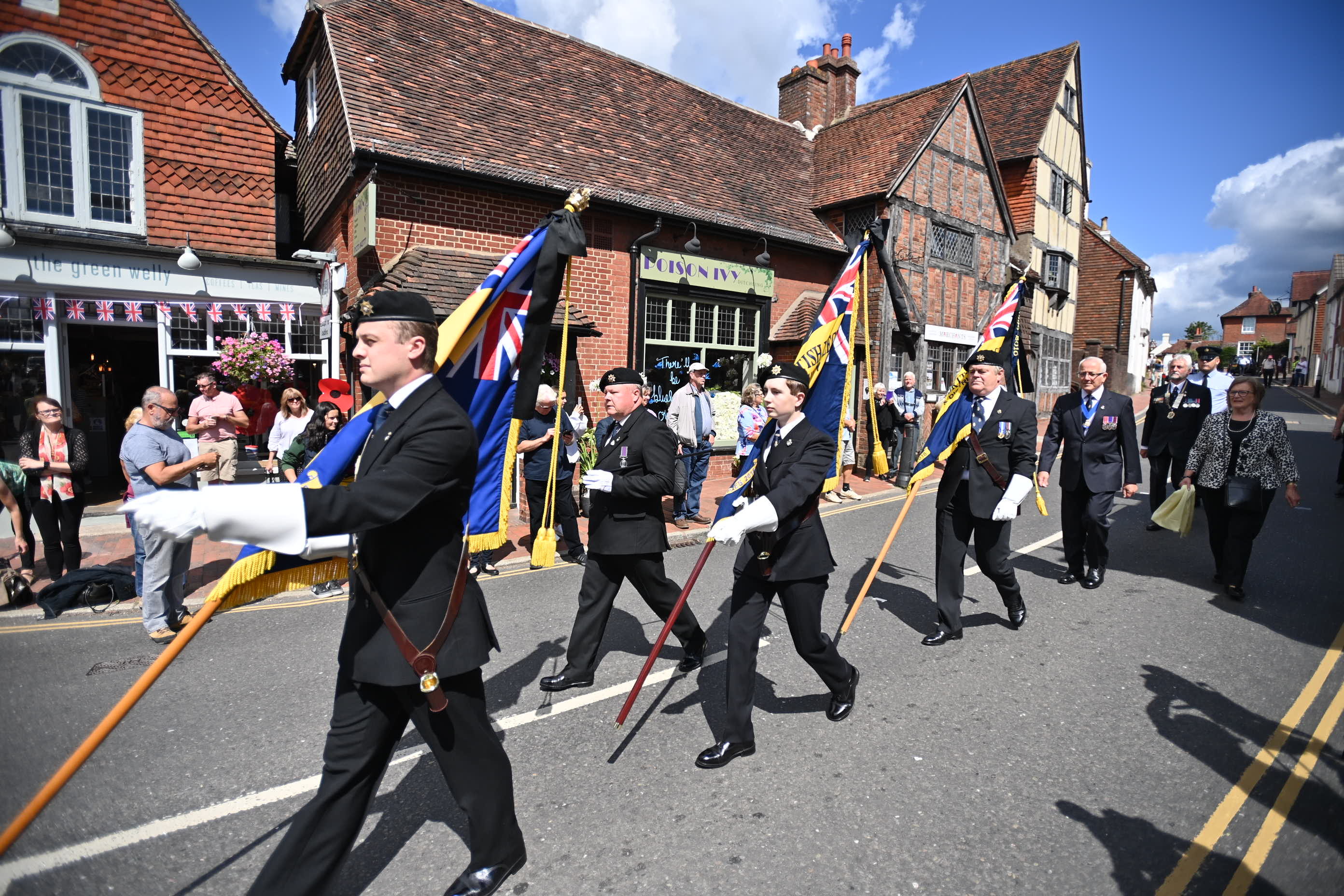 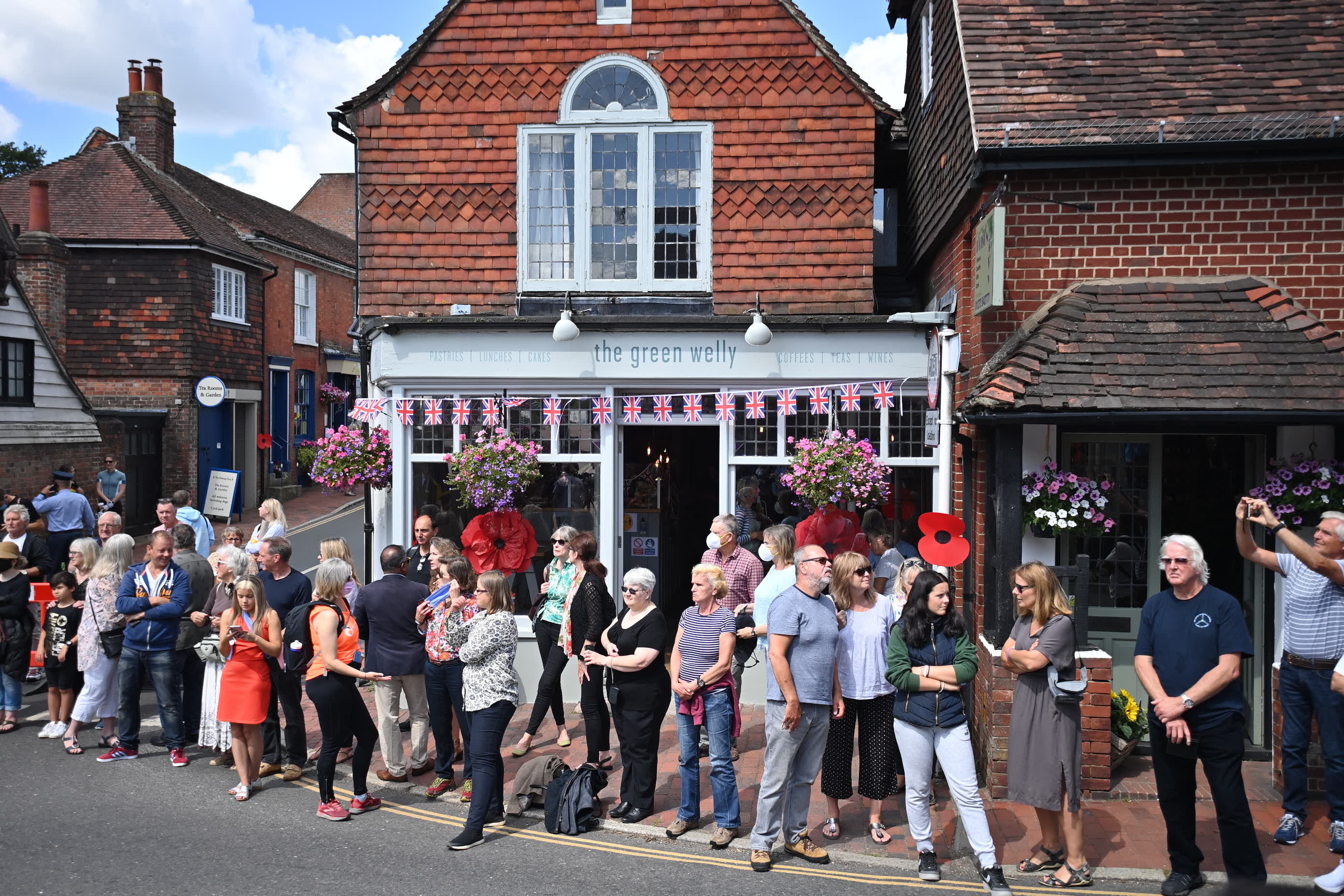 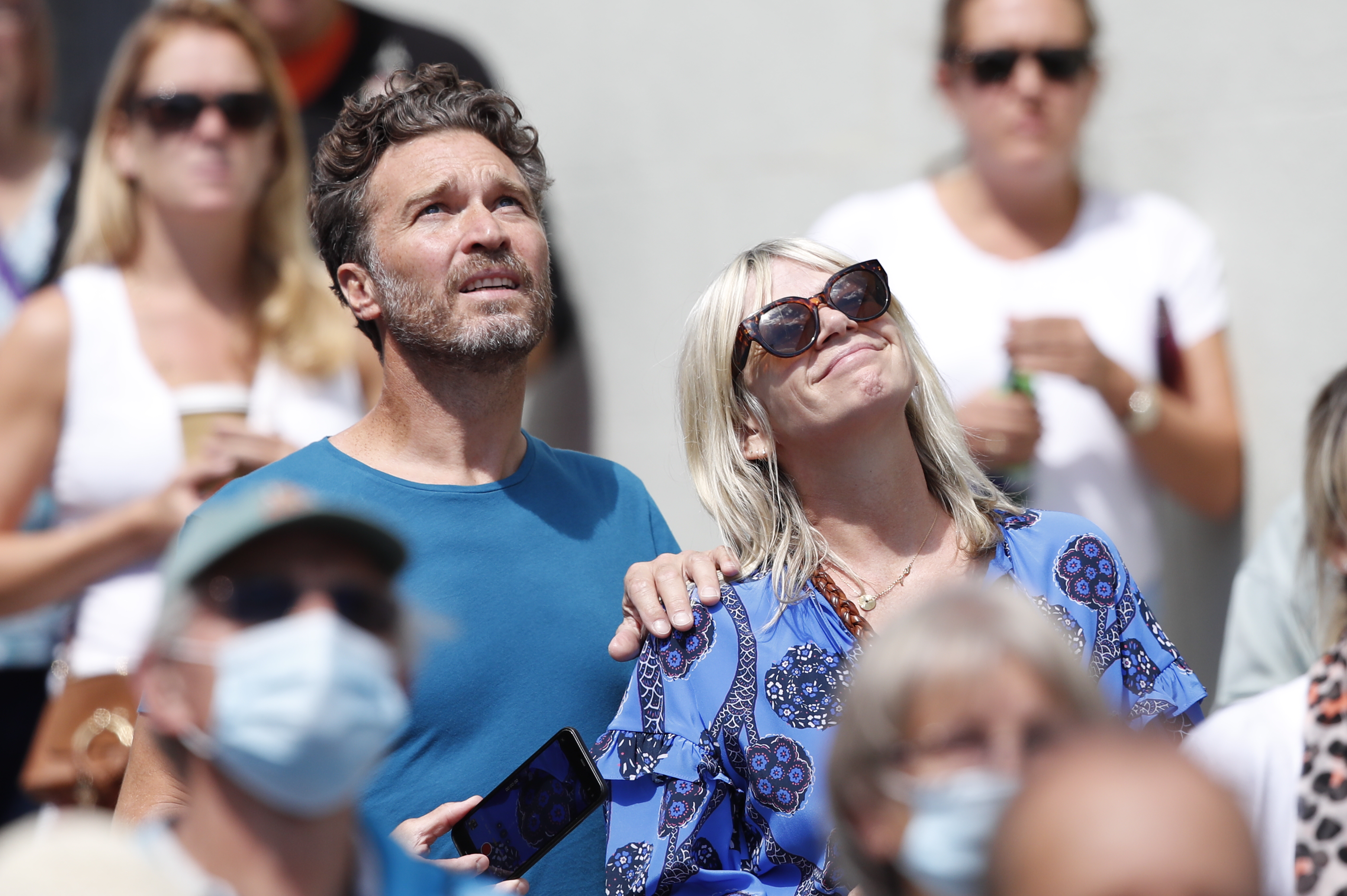 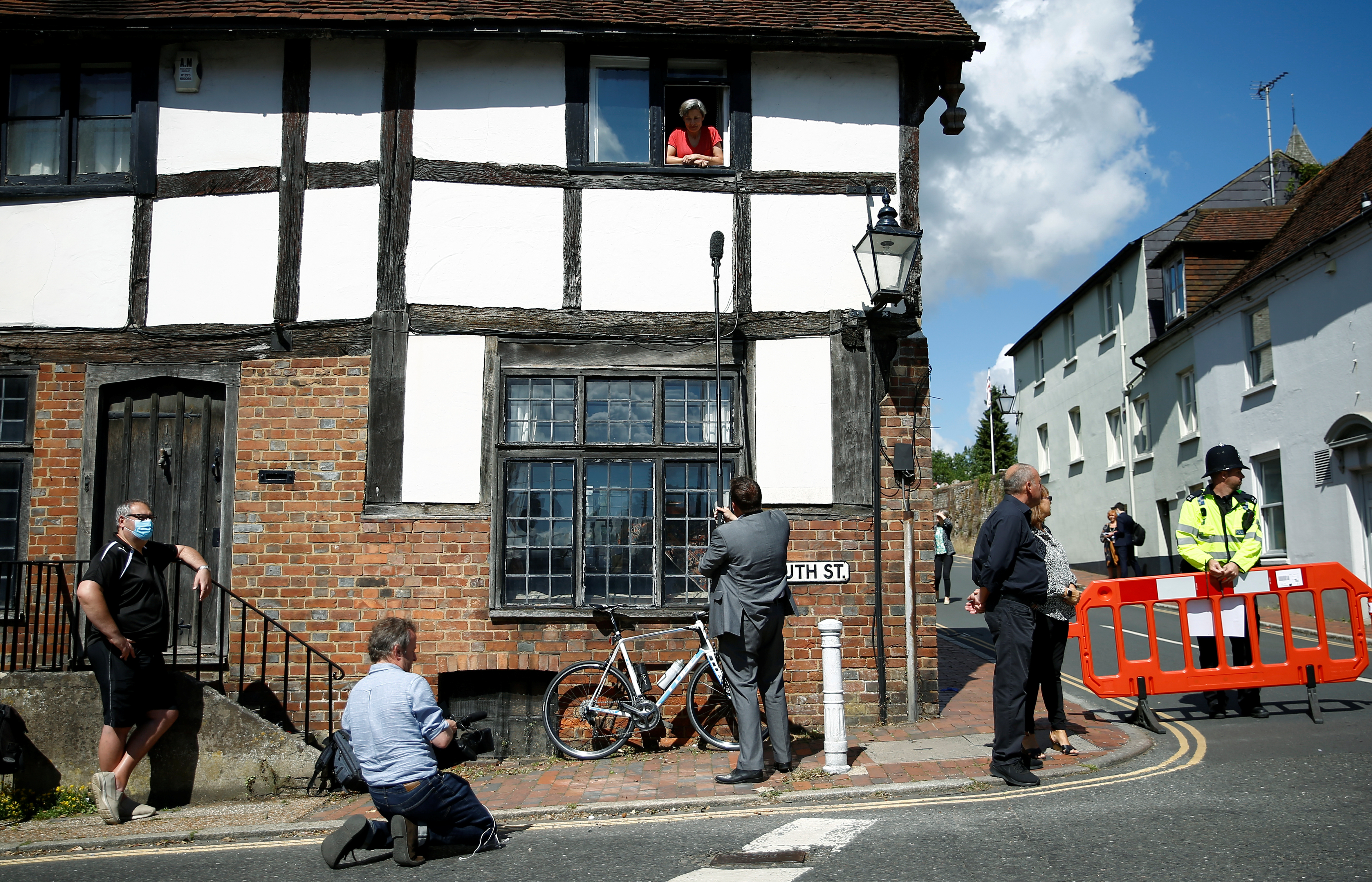 At midday a Spitfire and a Hurricane – two of the most famous wartime aircraft from the Battle of Britain – soared over her home village Ditchling, East Sussex to pay respects to the singer.

Hundreds of people gathered at the crossroads in Ditchling ahead of the arrival of Dame Vera Lynn's funeral cortege.

The cortege arrived in the centre of Ditchling as a bell tolled and applause from the crowd greeted the convoy, which was led by soldiers.

The mourners awaited the arrival of the Battle of Britain Memorial flypast.

Representatives from the Royal British Legion stood in the road with flags as they waited to honour Dame Vera.

A small police presence is on hand to ensure proceedings go smoothly as the village comes to a standstill.

Ahead of the day, a giant portrait of the Forces Sweetheart was beamed onto the White Cliffs of Dover to commemorate her life.

The cortege left her family home and will pause at the crossroads in the centre of the village to allow residents to pay their respects.

Dame Vera's daughter Virginia Lewis-Jones said: "We want to thank everyone for their tremendous support over the past few weeks.

"My mother always appreciated receiving messages from all over the world, and Ditchling was always particularly special to her, that is why we know she would be touched that so many people want to pay their respects in the village tomorrow."

She asked that well-wishers follow Government guidance and respect Ditchling's residents if they are visiting from somewhere else.

'HER MUSIC WILL ENDURE'

She added: "It means so much to us to see my mother's legacy living on.

"We are sure her music will endure forever but most importantly, we hope that people will continue to support those charities that she cared about so much."

Remembering her visit to troops in Burma, the Second World War veteran and NHS fundraiser told ITV's Good Morning Britain: "There she was, this lovely English girl… she was a great person to give us a lot more confidence and we were very, very pleased to see her."

He recently received a letter from Dame Vera in recognition of the millions he has raised for the NHS.

He added: "I was absolutely thrilled to get a letter from Dame Vera congratulating me on the amount of money that we'd raised for my birthday.

"She was always so kind, she was lovely, I've always had a soft place in my heart for Dame Vera. It was very sad when she died."

After leaving Ditchling, the cortege will head to the Brighton crematorium where a tri-service route-lining party will wait outside the chapel, together with a military bearer party ready to receive the coffin.

A bugler from the Royal Marines will provide a musical tribute inside the chapel.

The Ministry of Defence will be represented by a senior officer who, along with the bugler and the small family group, will be the only people to attend the funeral service.

A full memorial service will be held at a later date. 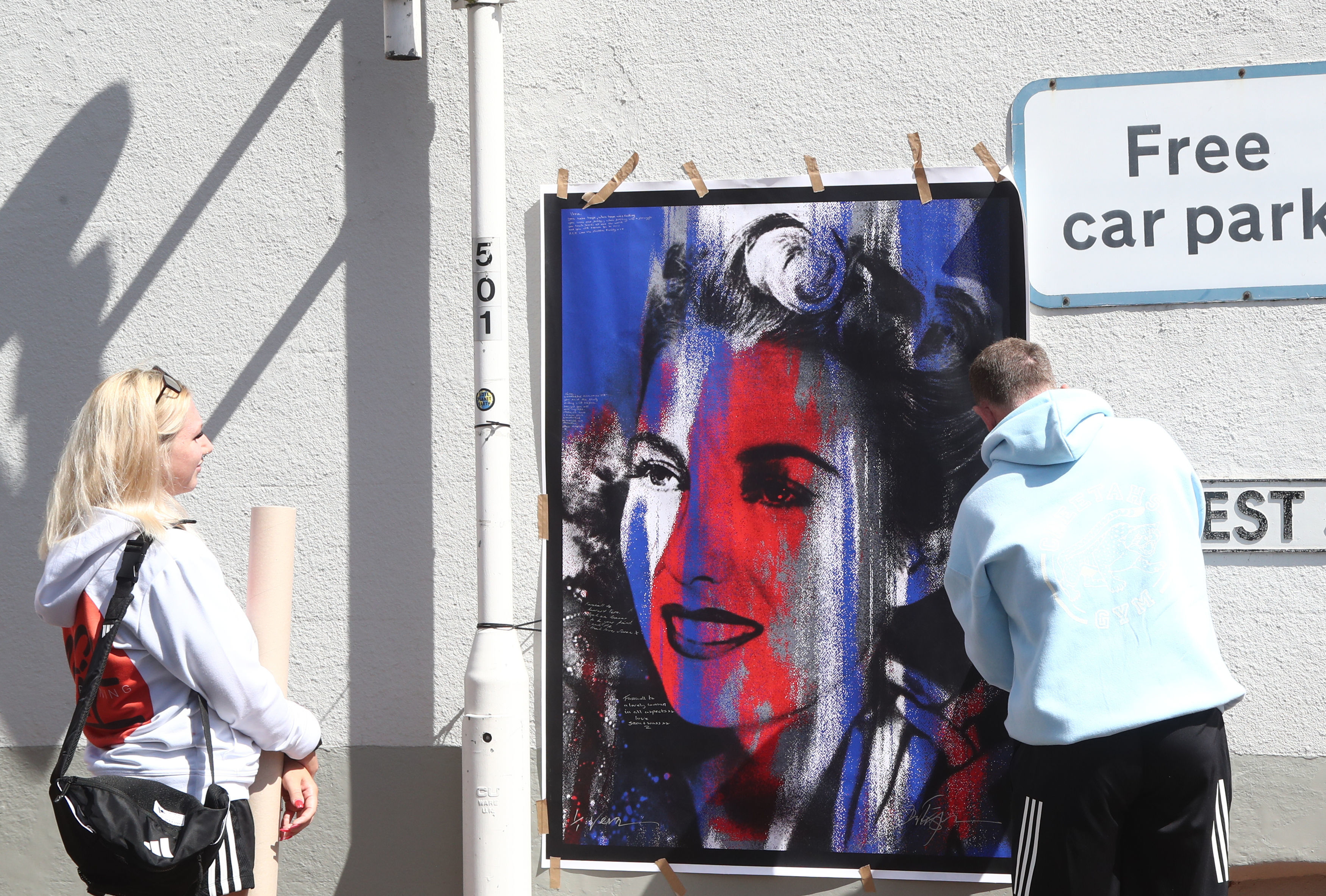 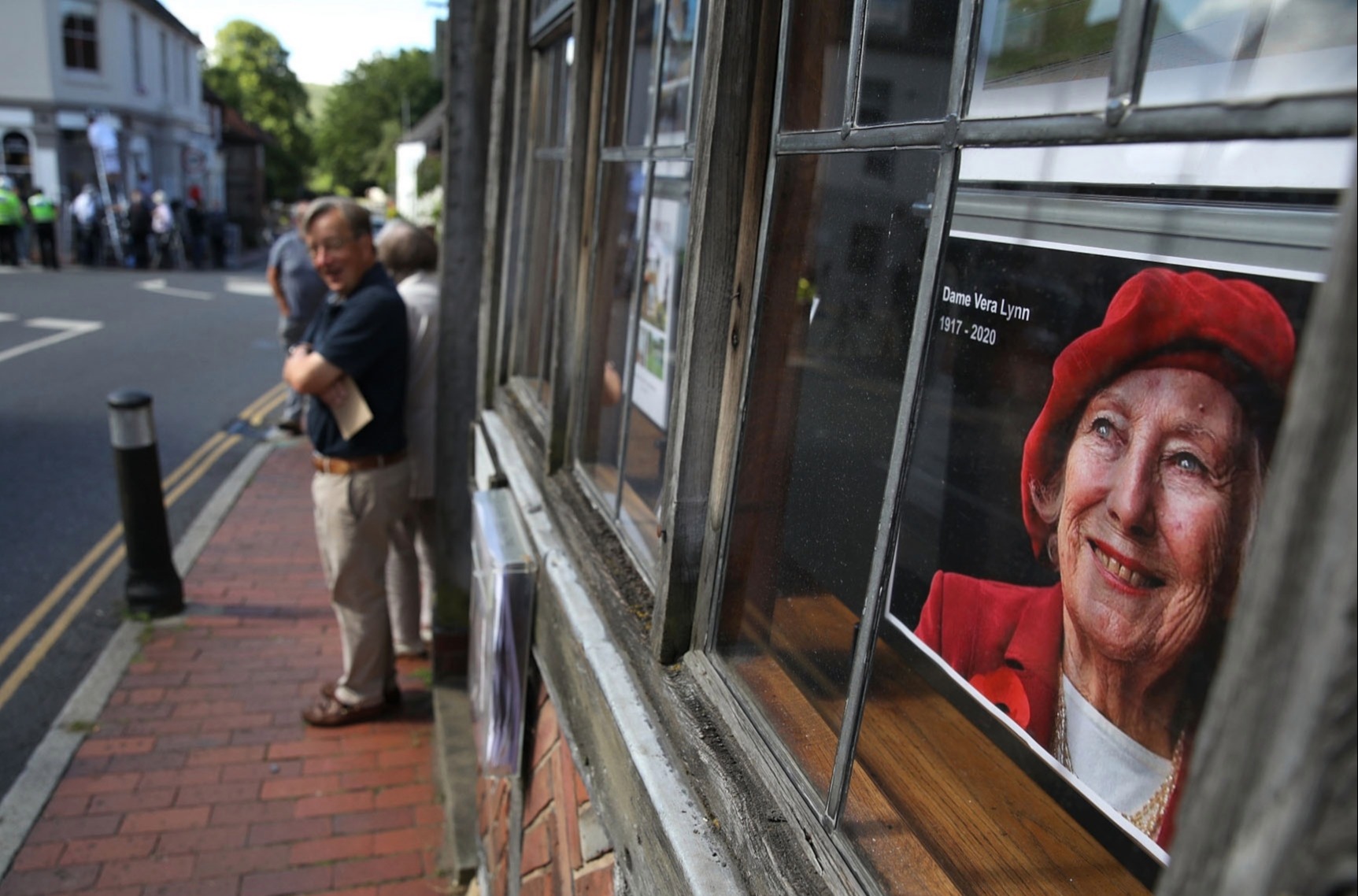 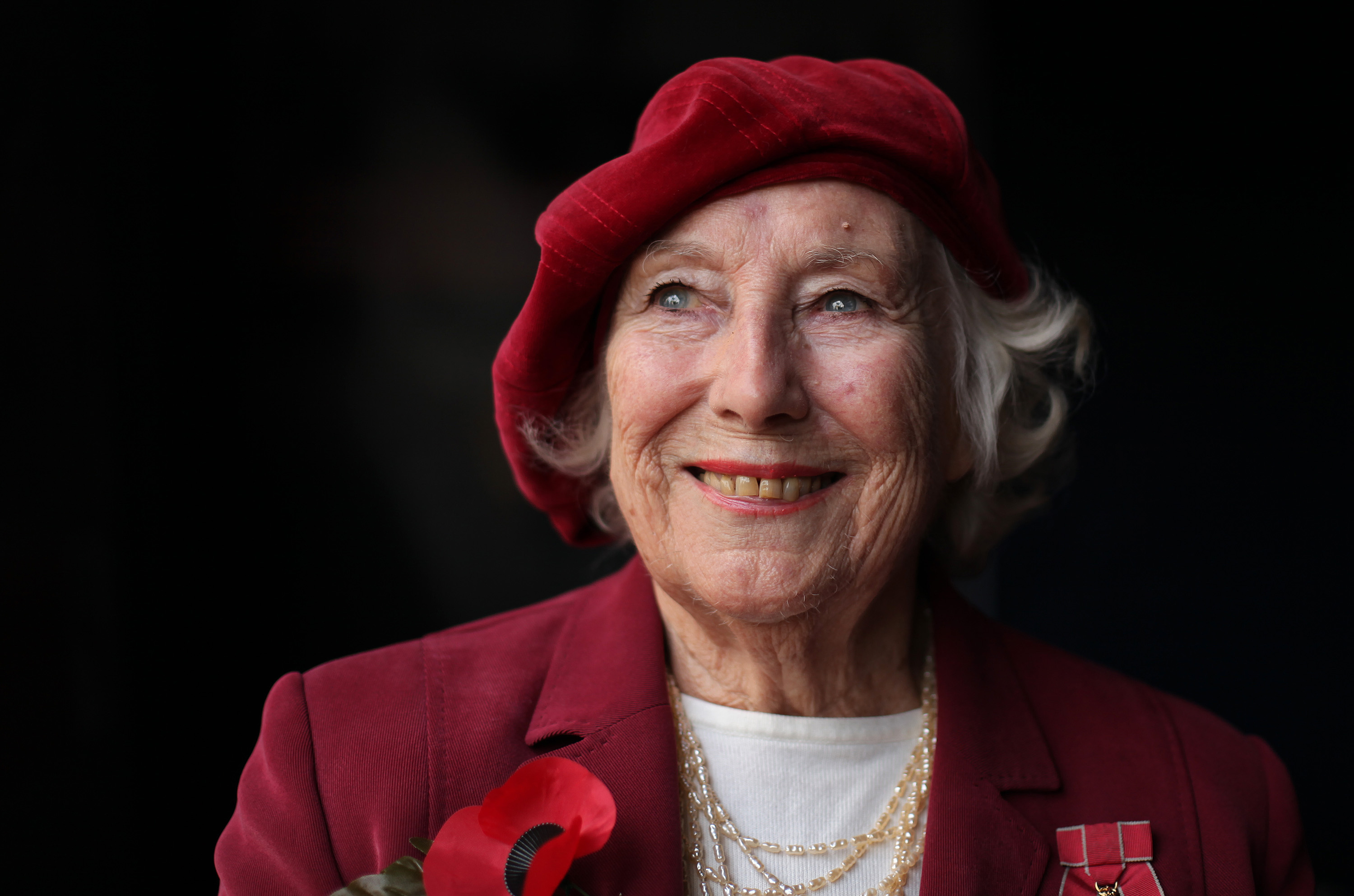 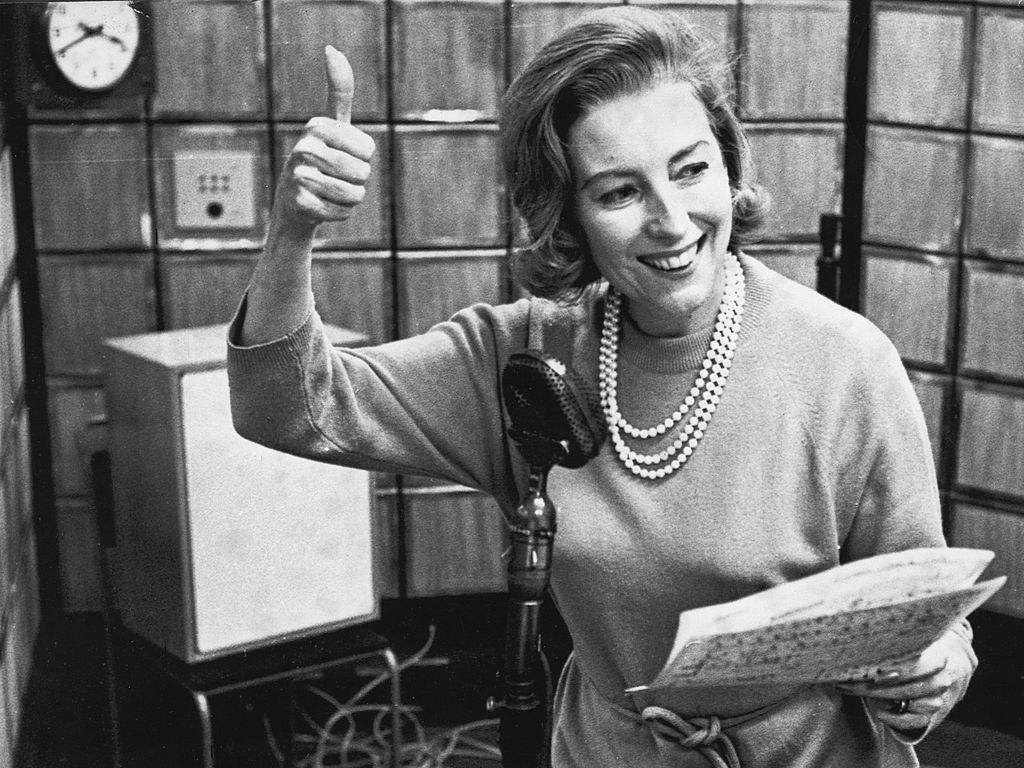 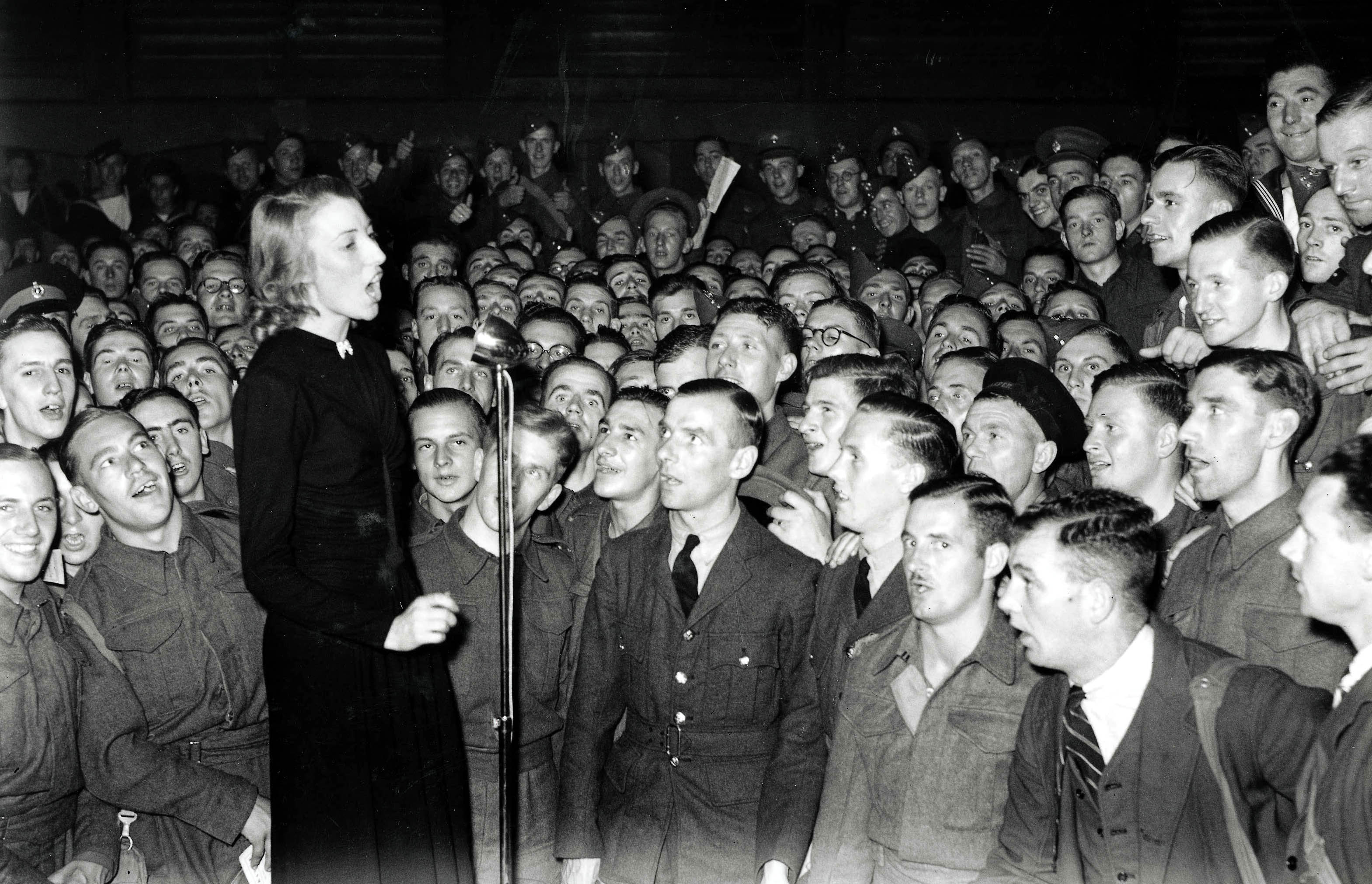 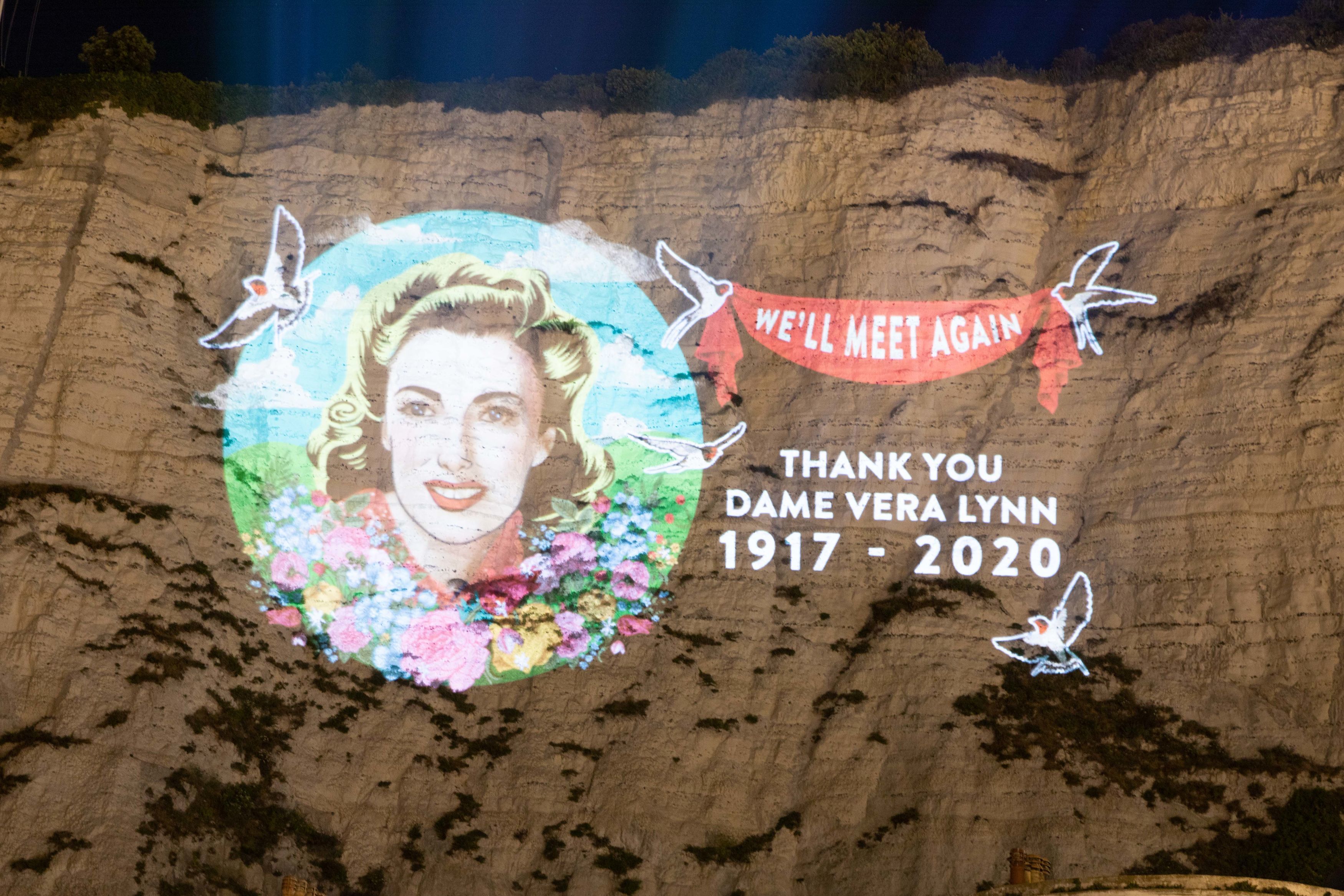 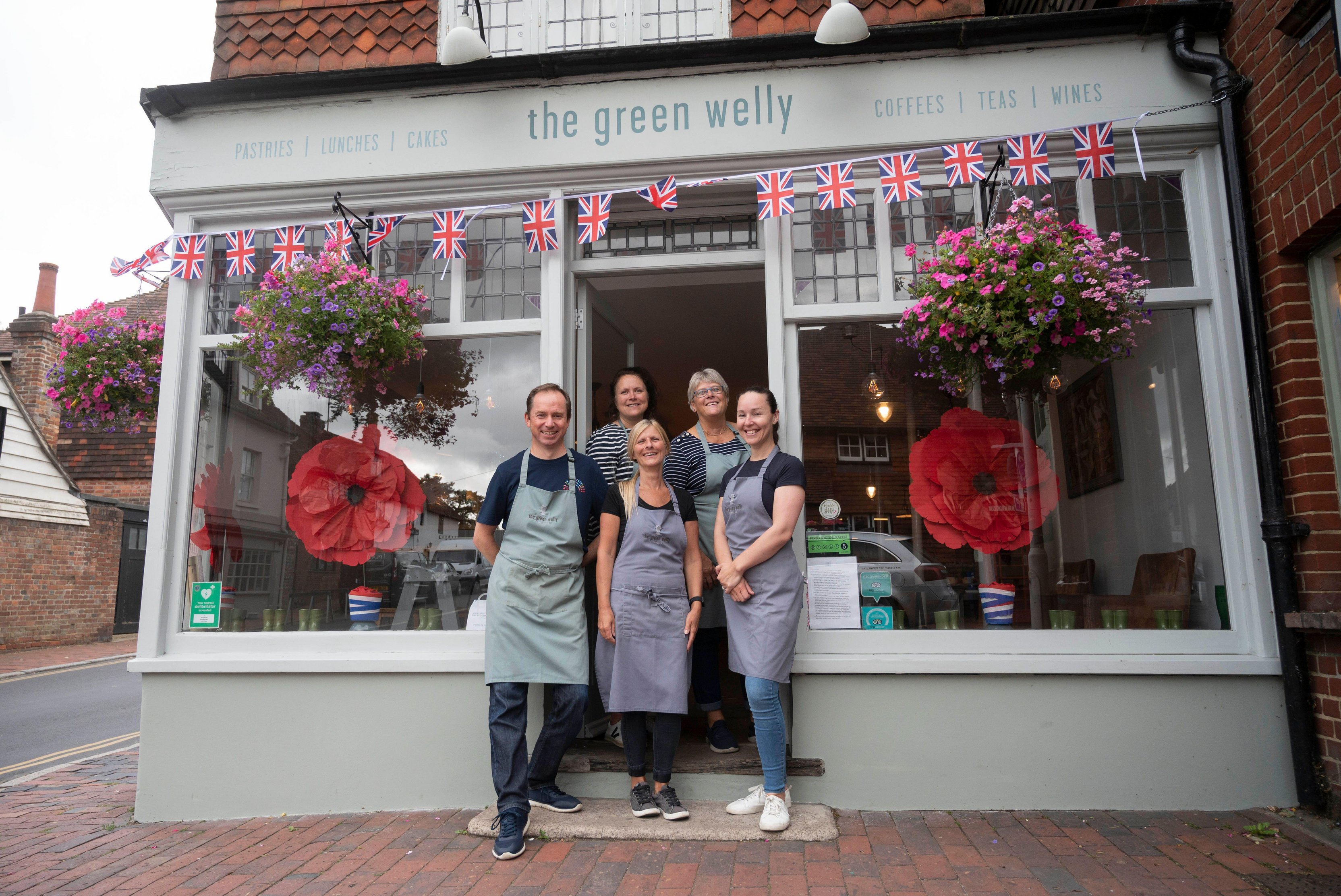 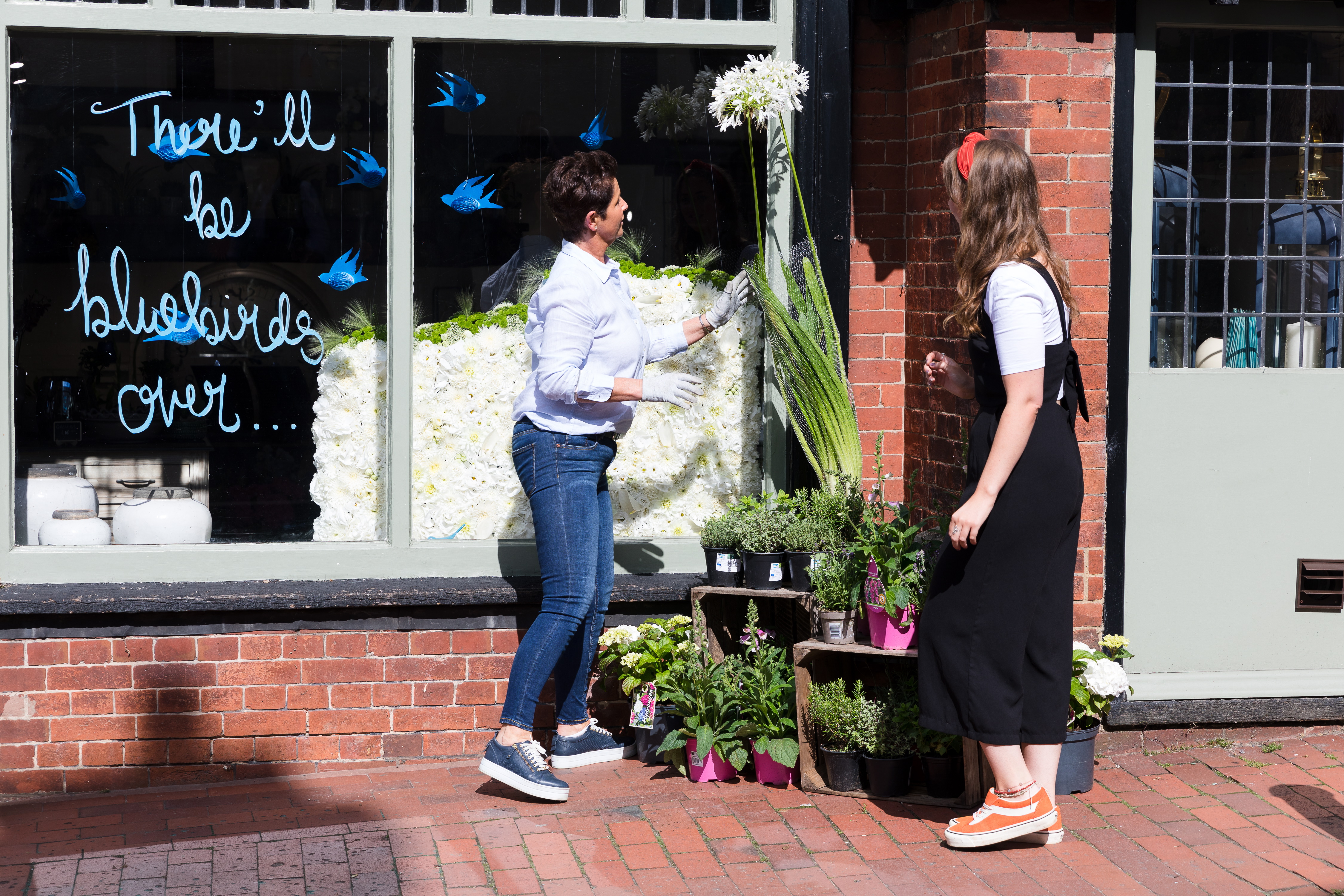 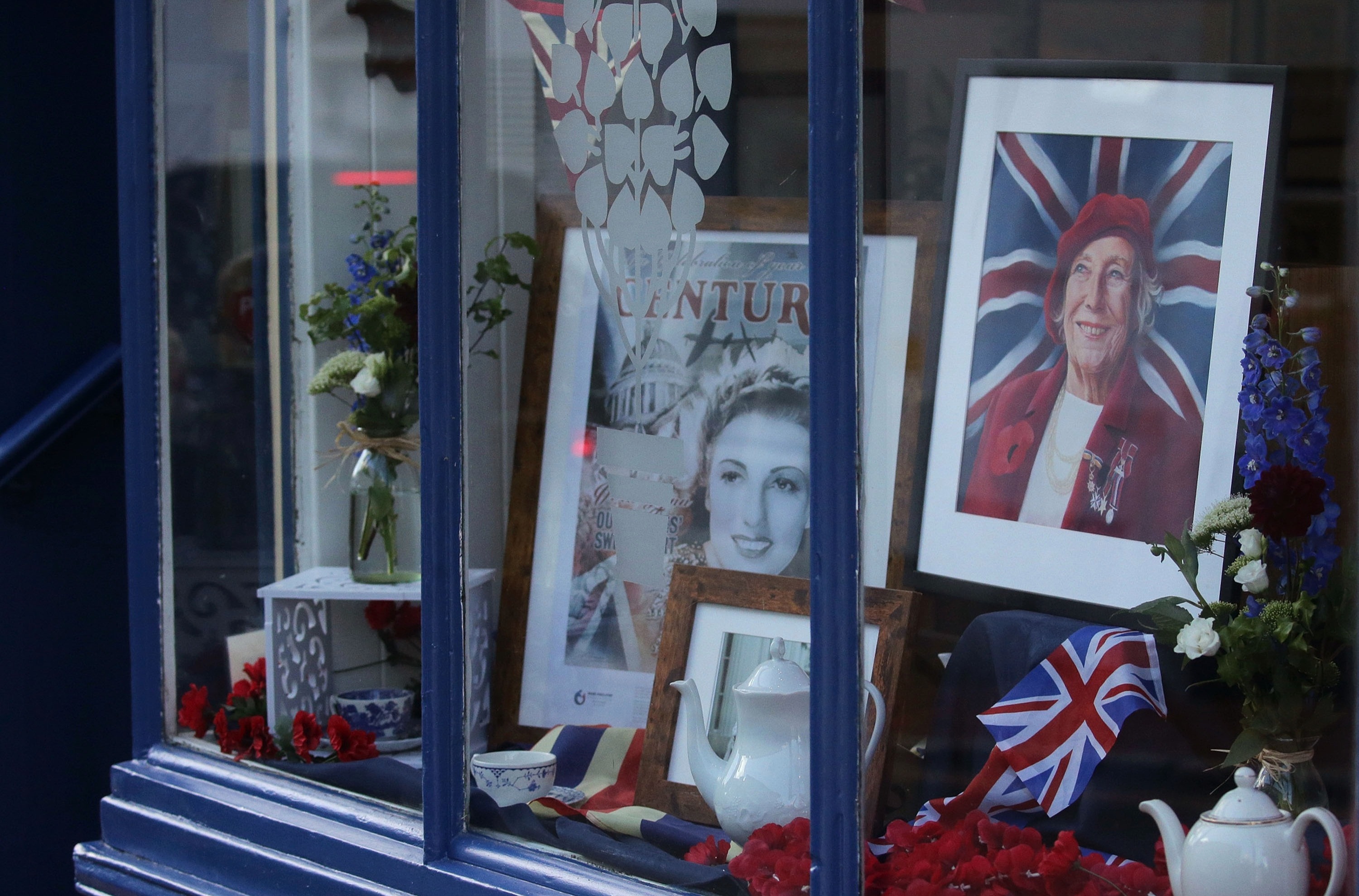 Dame Vera's strong association with the famous White Cliffs of Dover was celebrated ahead of the funeral by the projection of a giant portrait of her onto the cliff face.

The image on the 350ft cliffs was visible to ships passing through the Channel, as well as passing planes – and on land it could be seen from the main road and the back gardens of local residents.

Ms Lewis-Jones said: "I feel very honoured to have my mother's image on the White Cliffs of Dover, which is so closely associated with her, and I know that she would definitely feel the same."

Ditchling residents spoke of her as a friendly villager following her death last month.

Roy Burman, 71, said: "She was a character in the village, she joined in, while she was capable, with a lot of the activities and was known and loved by residents.

"We thought of her as very much our special local lady, although of course we shared her with the rest of the world."

He met her at a re-enactment in a marquee surrounded by veterans.

He said: "We had a group photograph with Dame Vera, we were all gathered round her dressed as the different generals.

"She was wonderful, absolutely wonderful, she had time for everybody."

Mr George, from Crawley, West Sussex, added: "My father was in the Army, he used to listen to her music. She was a great encouragement to the troops.

"It's the end of an era. But she will never be forgotten."

"We thought of her as very much our special local lady, although of course we shared her with the rest of the world."

Avril Gaynor, who first met Dame Vera Lynn when she was 10, told how the Forces Sweetheart changed her life.

She said: "It's so sad but I am glad she is getting a big send-off – to put it mildly.

"She was a wonderful, wonderful lady and I am so pleased that so many people want to come to pay tribute to her."

She first met Dame Vera as a girl after becoming friends with her daughter Virginia and going round to the family home for tea.

A few days later she was watching TV with her mother in London and instantly recognised Dame Vera on the screen and realised who she was.

Ms Gaynor, who lives in London, recalled a time about 30 years ago when she was in a car accident and Dame Vera introduced her to a man who could help her.

She said: "With her help this guy was so wonderful, put things right for me and clearly it changed the course of my life."

Avril Gaynor recalled going round to Dame Vera Lynn's home in Ditchling for tea over many happy years.

She said: "She was absolutely wonderful, I loved going to her house.

"She could take us through the Burma campaign and I thought it was wonderful.

"It was so lovely to talk with her about all the adventures she had." 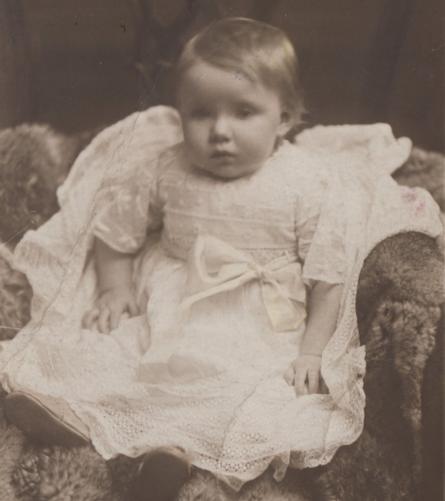 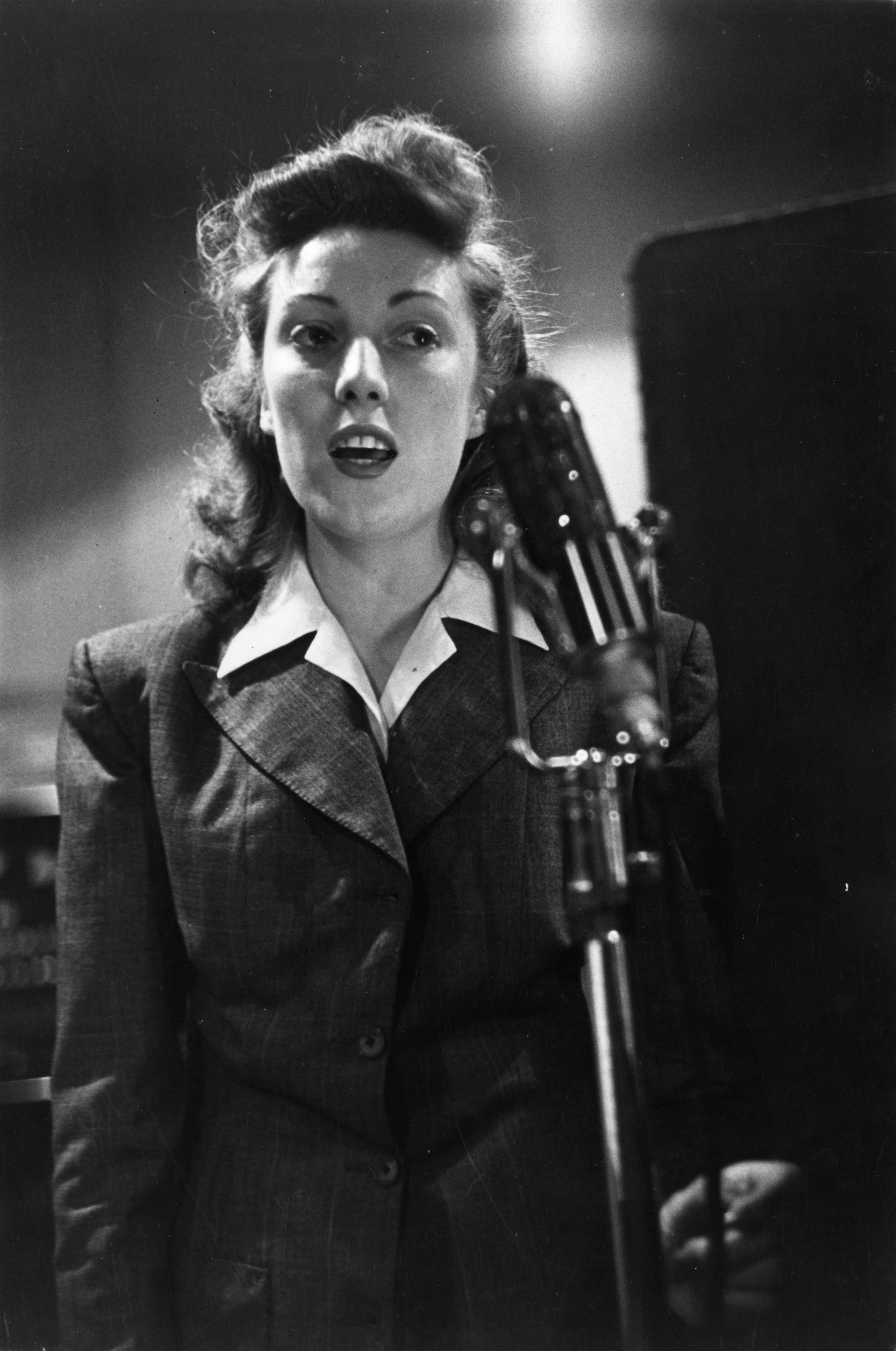 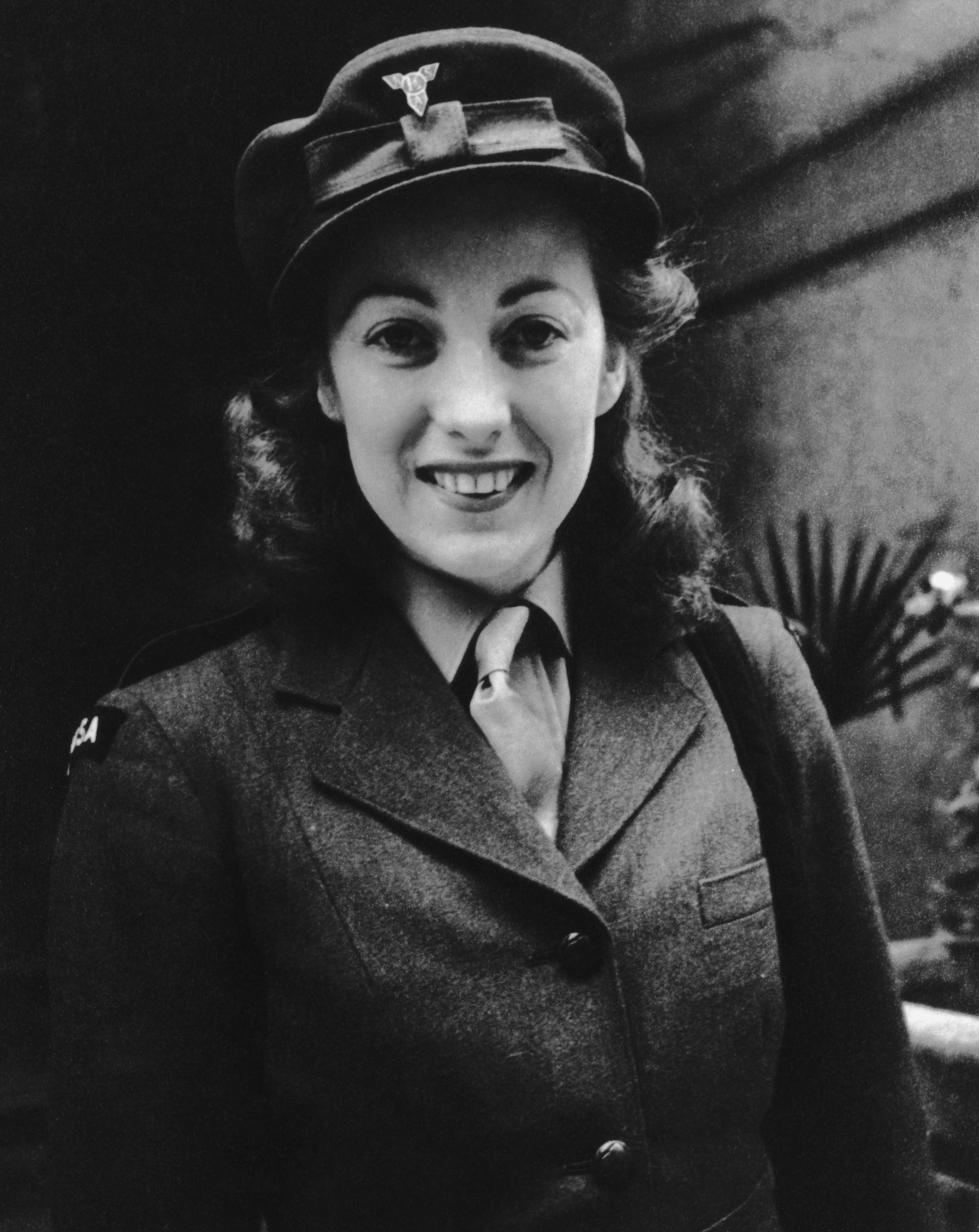 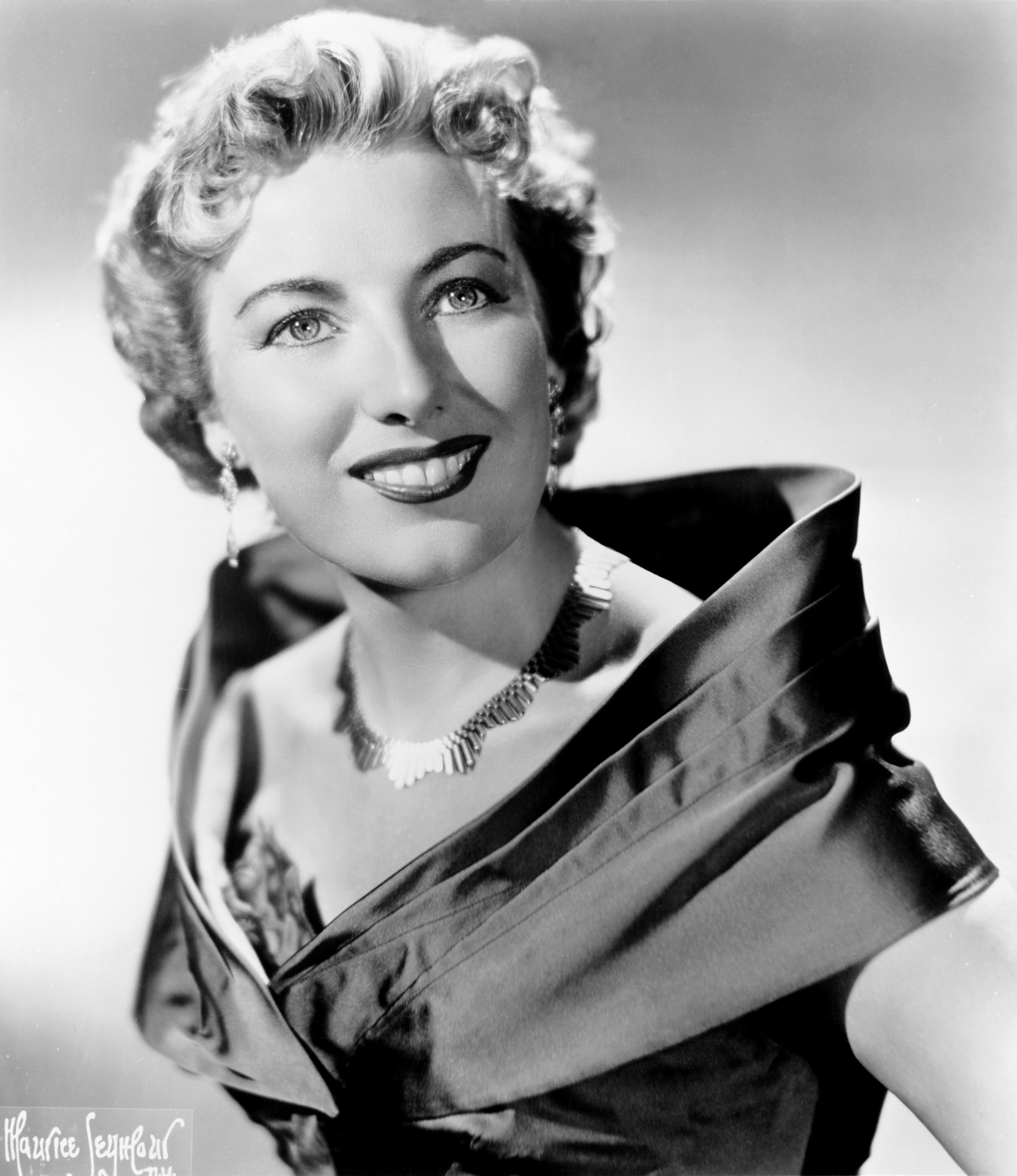 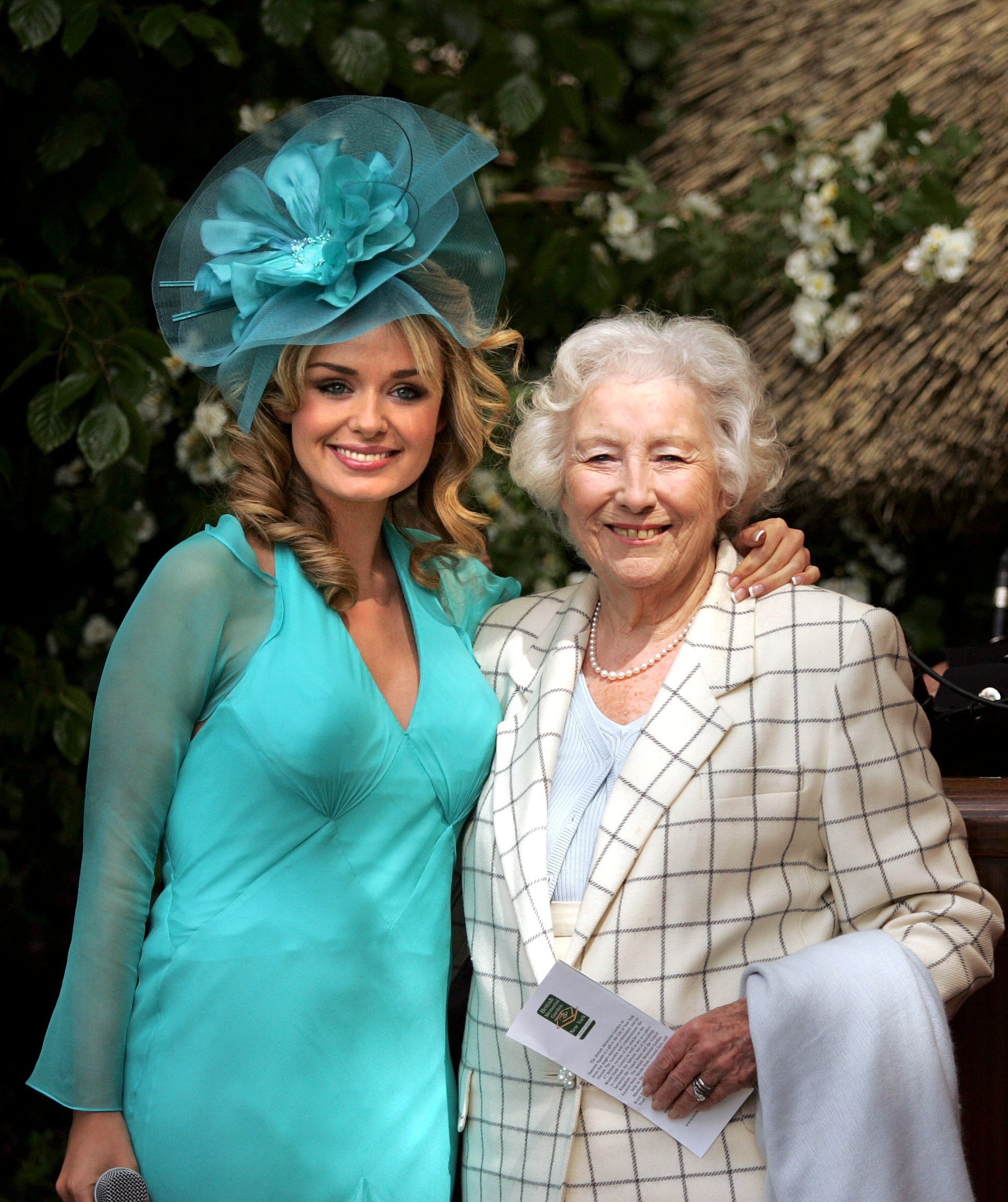