Alistair Christie, Jersey’s hornet co-ordinator, said the insects have been arriving in droves this year.

The venomous giant wasps, with distinctive yellow legs, were not known in Europe until they were accidentally introduced in France in 2004.

Since then the population has exploded, with the hornets using Jersey as a springboard into the British mainland.

In French media, the stings have been described as like “hot nails piercing the skin”. 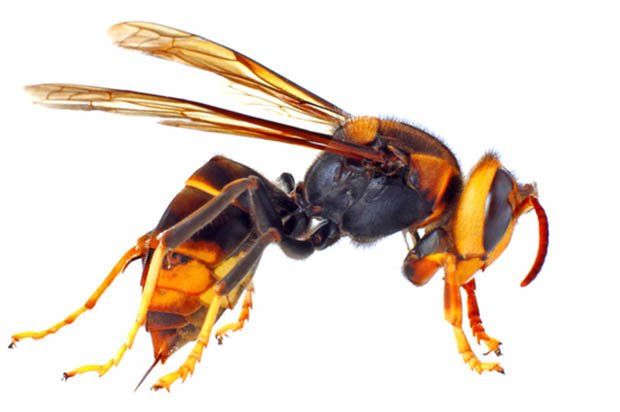 Flying above the hives like hawks, the hornets pick off bees one-by-one.

Incredible slow-motion footage, above, shows how hornets grab bees out of the air.

Asian hornets are also a problem from our native European hornets, which are “no match” for their cousins.

Denis Thiery, an Asian hornet specialist at the French National Institute for Agricultural Research, told Le Parisien: “According to our studies, they are able to settle in 50% of the country.

“The European hornet is no match for them, with only a few hundred individuals per nest compared to several thousand for the yellow-footed hornets.

“They do sometimes fight, but it’s a losing battle.”

The British government advises people to report Asian hornets by email to [email protected], or alternatively they can download the Asian Hornet Watch app for android or iPhone.

Spotters should include information on location, date and number of Asian hornets seen as well as a photograph, if possible.