EAGLE-EYED Twitter viewers are claiming the Conservative Party used a stock photo of the couple from the famous jealous girlfriend meme in its election campaign.

The Tories' official Twitter page shared the pic of a worried looking young couple and a warning that Jeremy Corbyn would clobber 3.6 million Brits by scrapping the Married Persons Allowance. 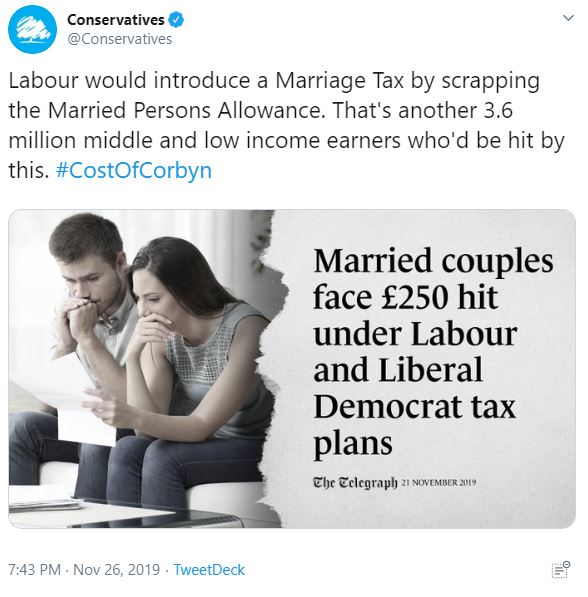 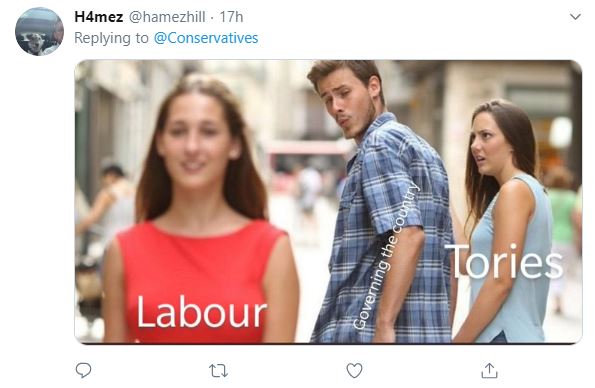 In the Conservatives' tweet a man and woman hold their hands to their face in fear of Labour winning the general election.

The tweet said: "Labour would introduce a Marriage Tax by scrapping the Married Persons Allowance.

"That's another 3.6 million middle and low income earners who'd be hit by this. #CostOfCorbyn."

But social-media users piled in to poke fun at Boris Johnson's party, saying the couple in the pic are the stars of the internet sensation jealous girlfriend photo.

One person tweeted: "They know who the couple are in this stock pic….right?"

Another said: "This is just beautiful. Tories are using the jealous girlfriend/ straying boyfriend couple in their advert here. EVERBODY KNOWS THEY DIDN'T GET MARRIED".

And a third wrote: "Pretty sure @JeremyDuns is right that this is the stock photo couple from the jealous girlfriend meme."

Others tweeted out funny political versions of the original jealous girlfriend photo.

In one, a woman wearing a red top labelled Labour catches the eye of the man, who represents governing the country, while his partner, who stands for the Tories looks at him in disgust. 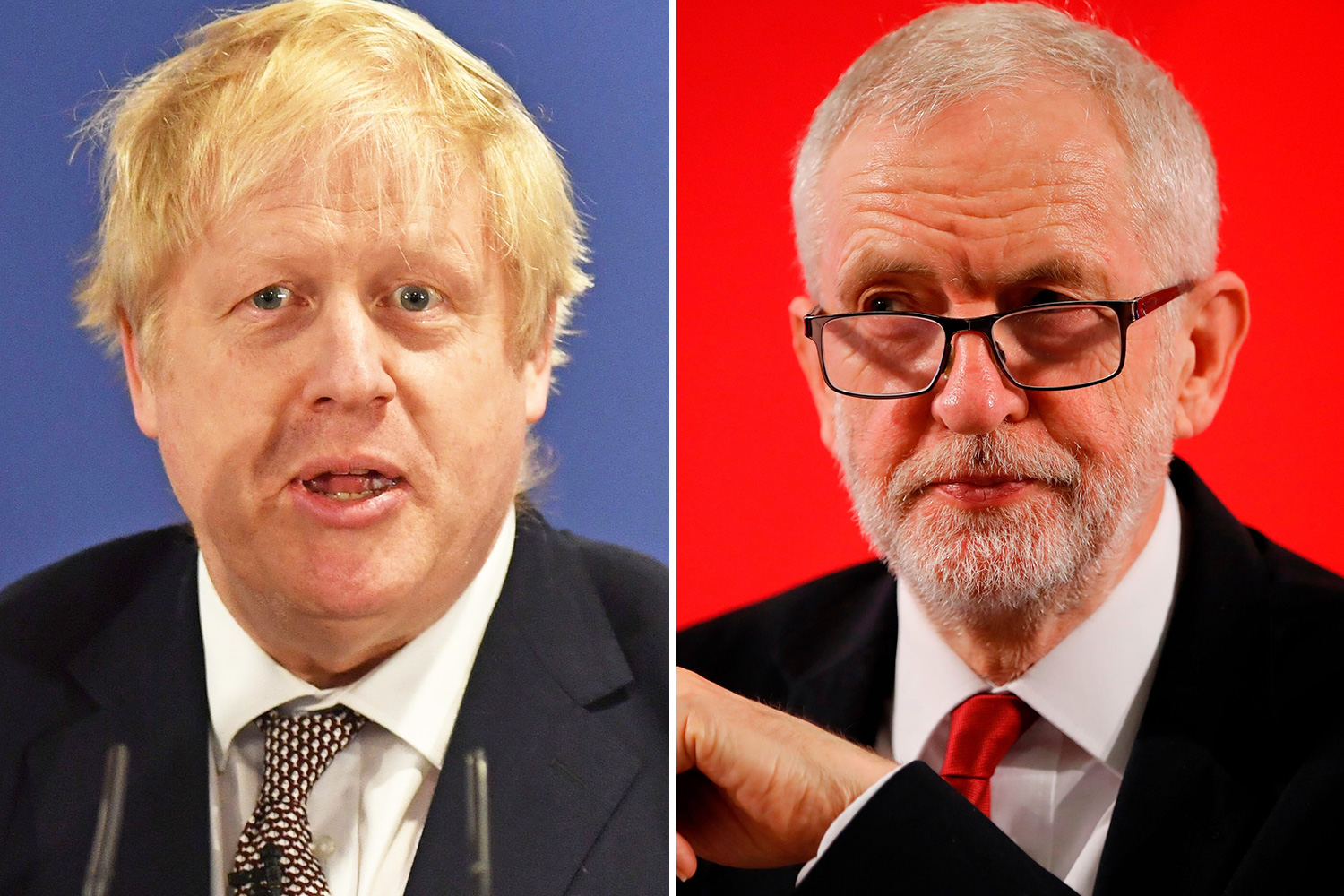 Another meme attacks the Conservative Party's record on benefits, with the woman walking past the man offering "new benefits under Labour".

Last night, a poll showed Boris Johnson is on course for a storming 68-seat majority, according to a detailed seat-by-seat survey that correctly forecast the election results in 2017.

The YouGov MRP poll for The Times – the only one to predict Theresa May would lose her majority – forecasts Mr Johnson will win 359 seats in a triumphant return to No 10, up 42 on the 2017 result.

Versions of the meme have been used for other political tweets.

One version shows The Youth eyeing up Socialism while Capitalism looks back in horror.

Another shows John Bercow staring at Ancient Rule from 1604 while Theresa May's Meaningful Vote Three looks ok – a nod to the Speaker's handling of the Brexit debate in the Commons.