DR Fauci has warned of a "disturbing" new surge in coronavirus cases in several states just as the country eases out of lockdown.

It comes as cases in California soared by 6,000 yesterday in the largest single day spike since the pandemic hit. 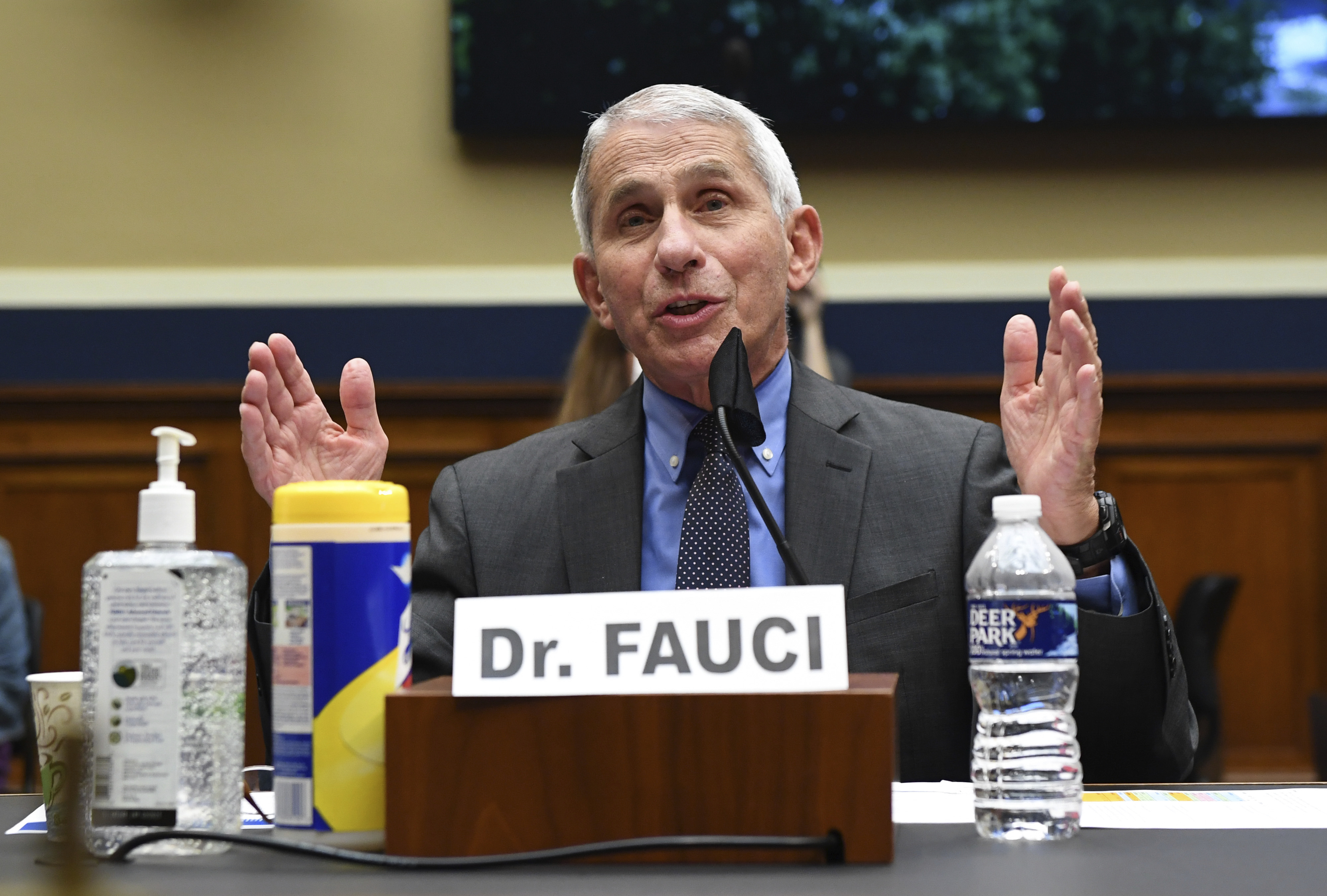 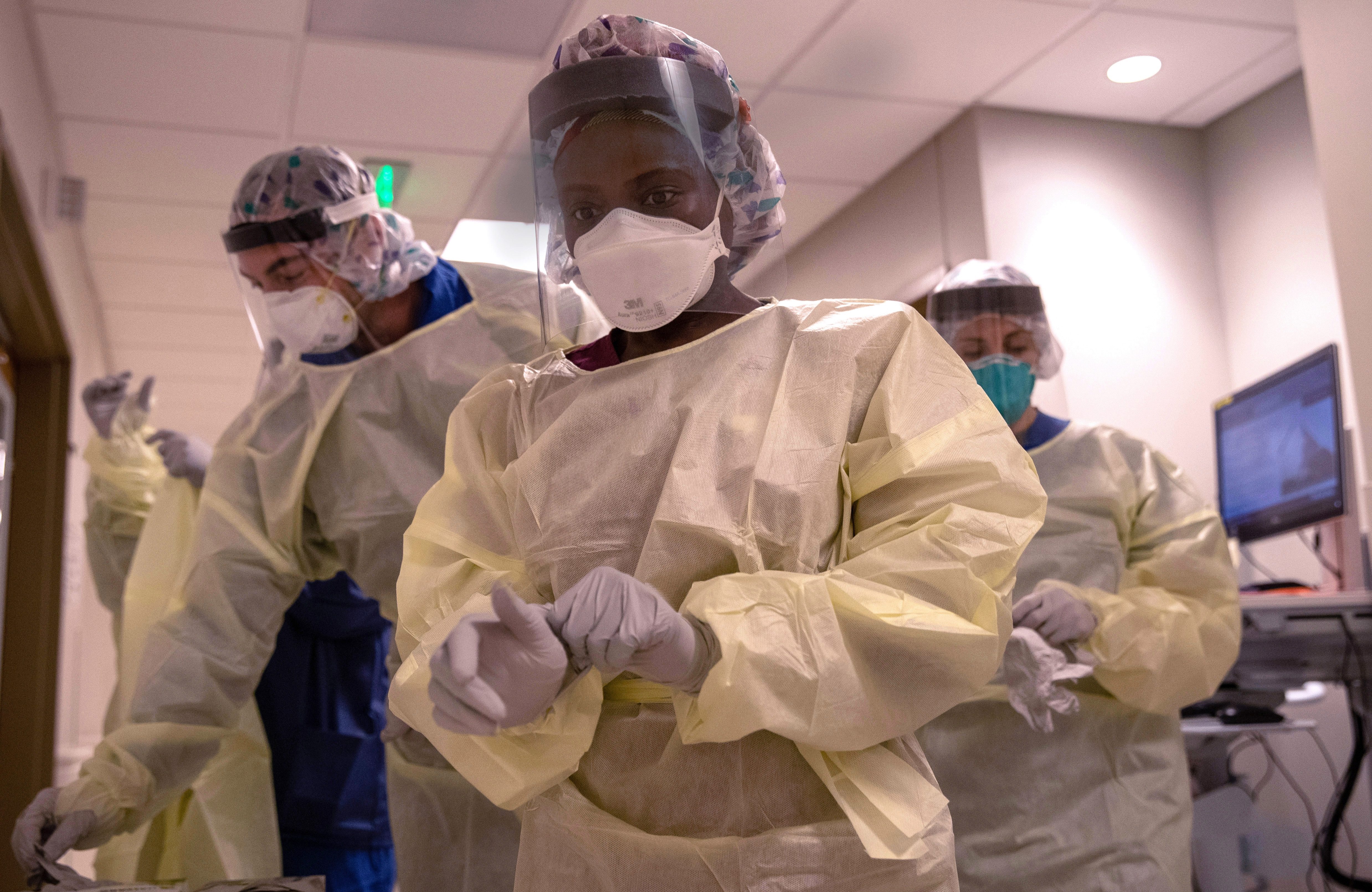 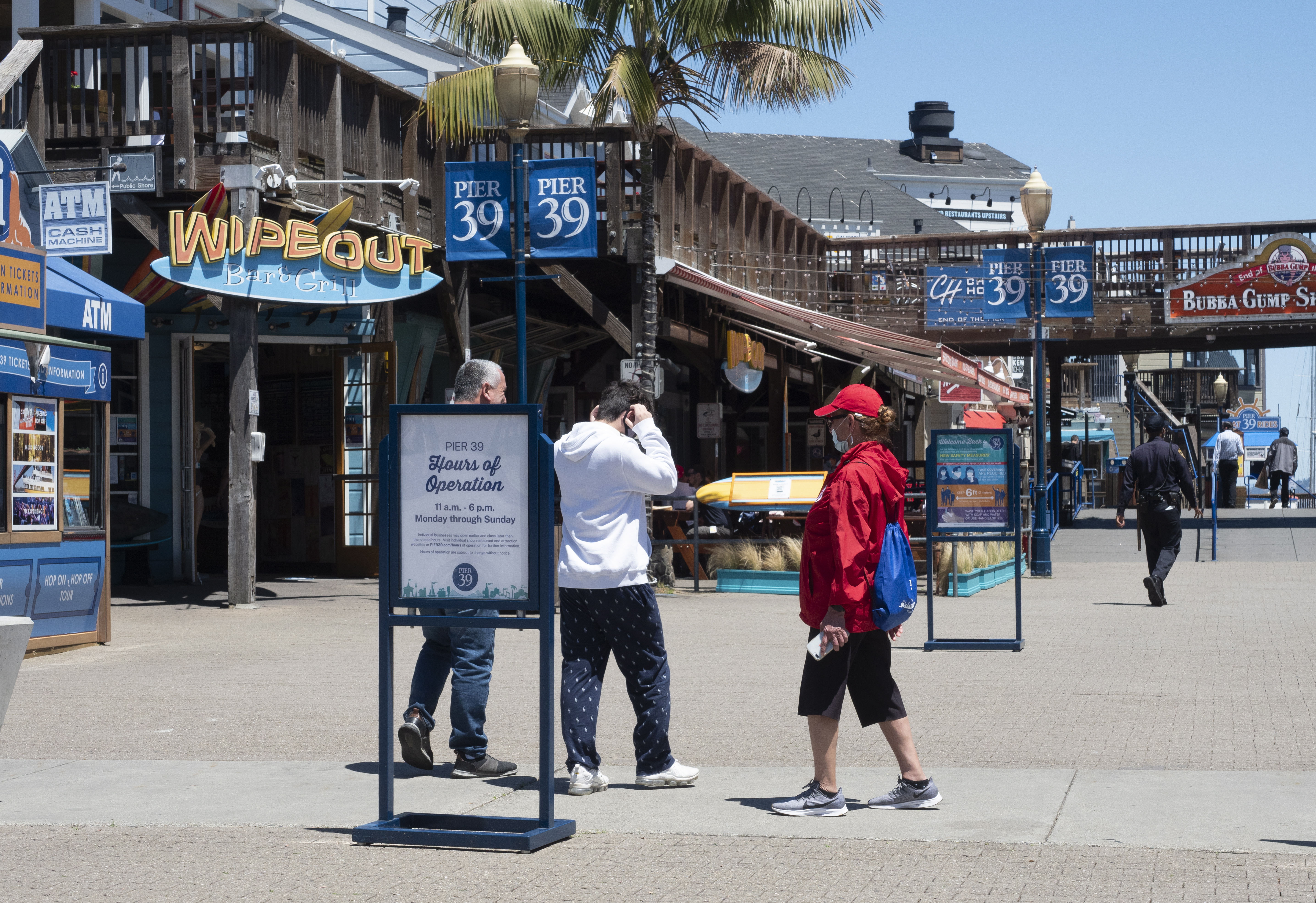 The number of daily coronavirus cases have increased in more than half of all states, with Arizona, Texas and Nevada seeing record numbers of infection in the past week.

And California, which recently reopened malls, museums and movie theatres, is now experiencing a troubling rise in infections and hospitalizations.

The government's top infectious disease expert told a congressional committee investigating the pandemic that the "disturbing surge of infection" and "increased community spread" in many southern and western states in particular was a warning that the pandemic is far from over.

"A couple of days ago there were 30,000 new infections" in just one day, Dr Fauci said, adding that it was "very troubling".

He added: "The next couple of weeks are going to be critical to address those surges that we're seeing in Texas, Florida, Arizona, and other states."

A couple of days ago there were 30,000 new infections… That's very troubling to me"

Dr Fauci added that it was vital that the US continued to test vigilantly amid reports that President Trump had told experts to "slow down" testing.

Though testing has been ramped up, experts are still concerned that the rise in cases is unusual – despite President Trump's assertion this week that the higher case load was solely due to increased testing.

He said: "To my knowledge, none of us have ever been told to slow down on testing.

"In fact, we will be doing more testing."

The surge in cases has prompted fresh fears that governors may have to reimpose lockdown restrictions just weeks after they were eased.

Just yesterday, Texas governor Greg Abbott pleaded with residents to stay at home as the state saw a rise in 5,000 cases.

“There remain a lot of people in the state of Texas who think the spread of COVID-19 is really not a challenge,” Abbott – who was reluctant to order another lockdown – told KBTX.

At least seven states have reported the highest rates of hospitalizations since the virus emerged on American soil after it was first detected in Wuhan, China – and Texas is one of them.

And with officials warning that 80% of hospital beds are currently in use, a severe wave of new infections could threaten to overwhelm the health system in the next few weeks.

There are now more than 2.3 million infections in the US, with 120,000 deaths – the world's highest number of fatalities.

On Tuesday, more than 800 COVID-related deaths emerged in the United States, the highest rate since June 7.

And this week, a shocking new study suggested that the true number of infections is much higher than the official tally, with more than 8.7 million potentially infected since the outbreak hit in March. 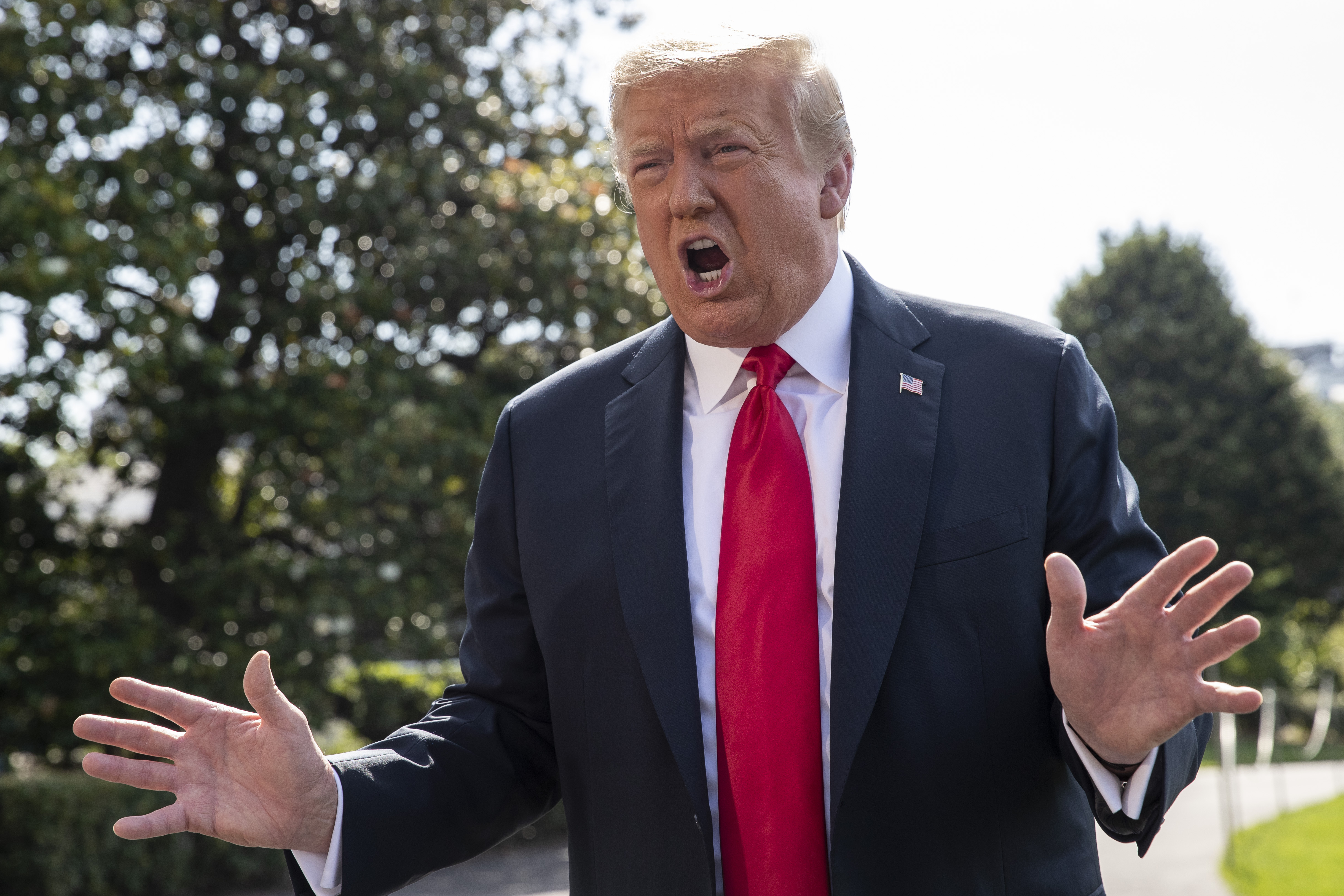 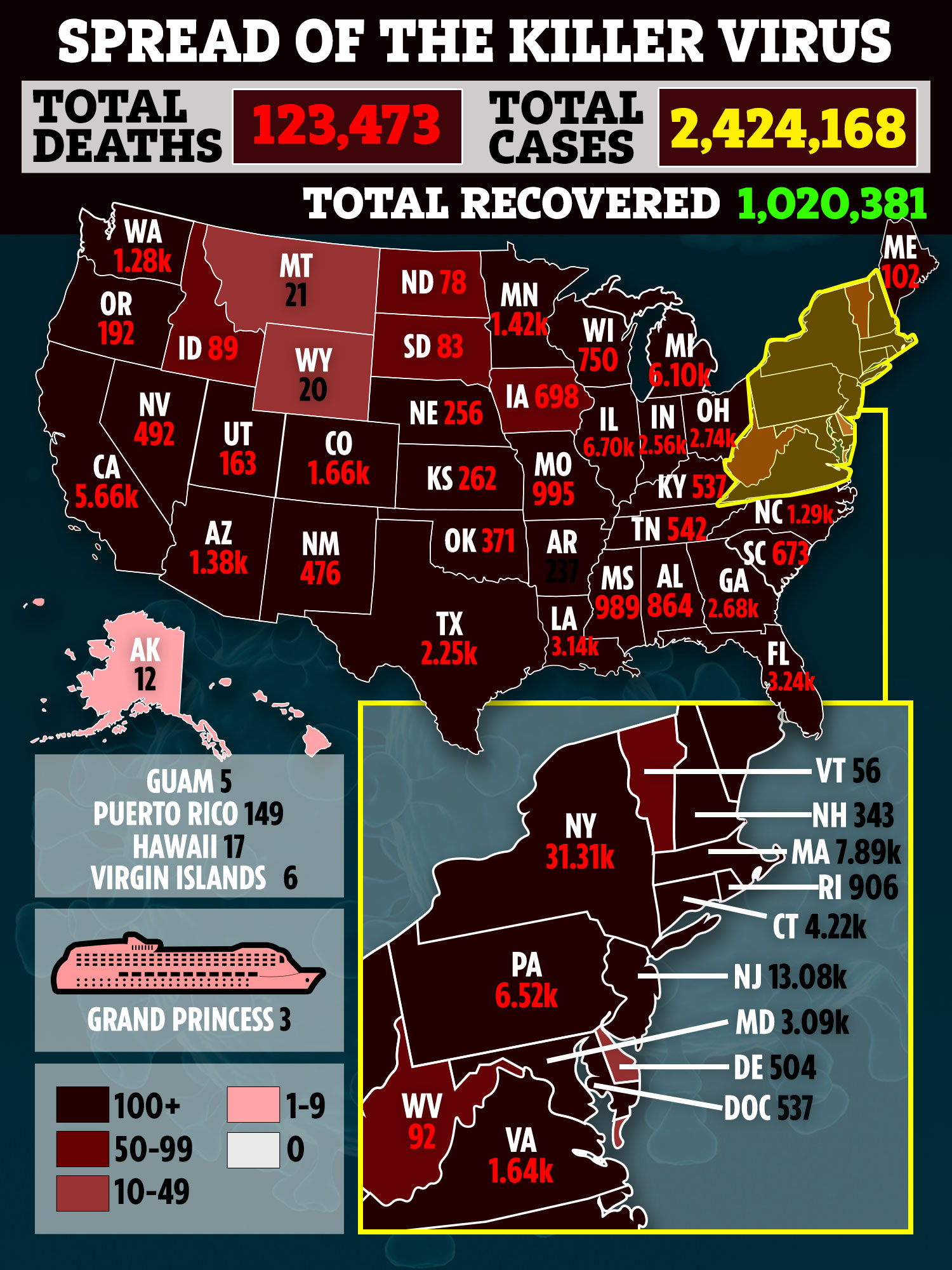 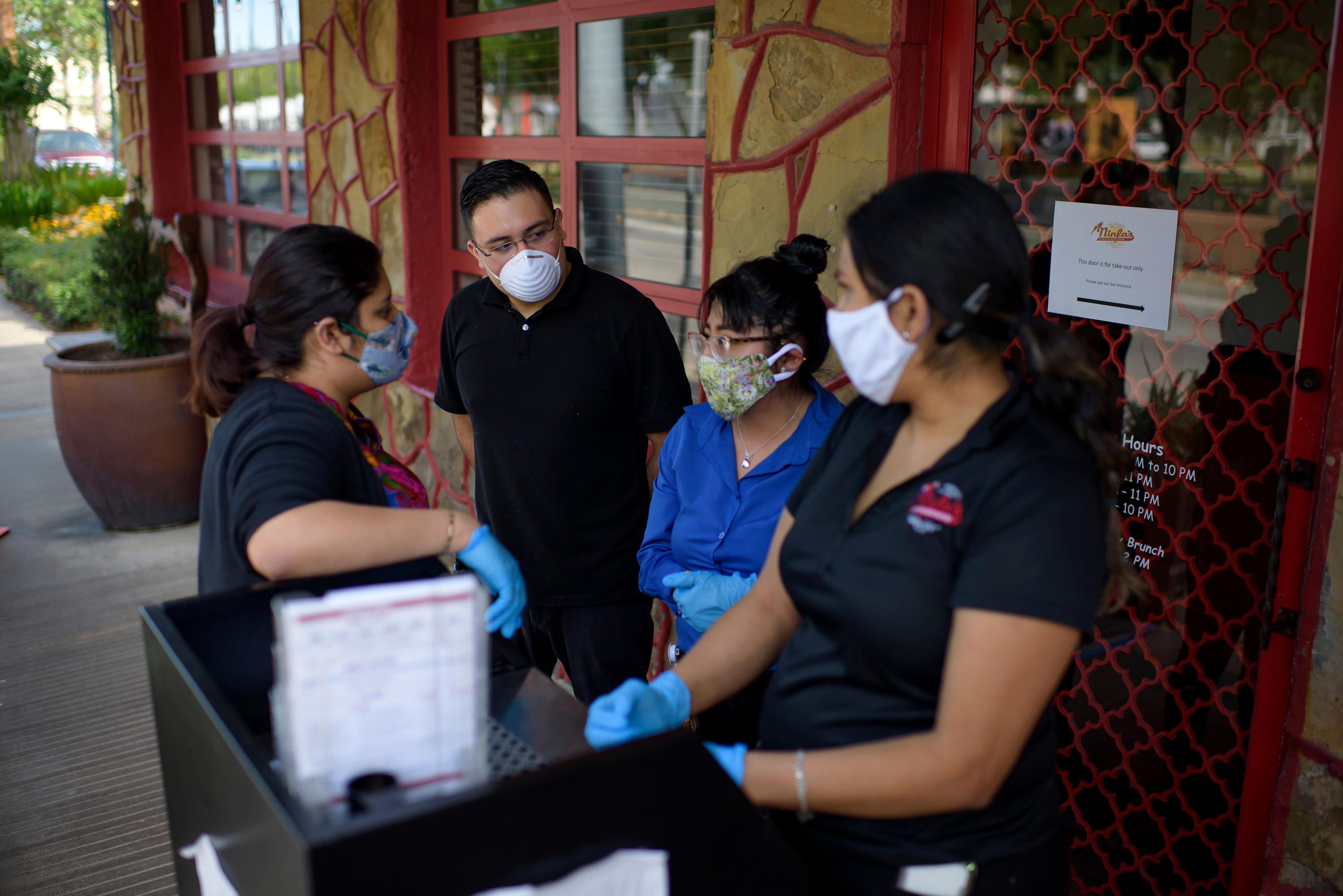 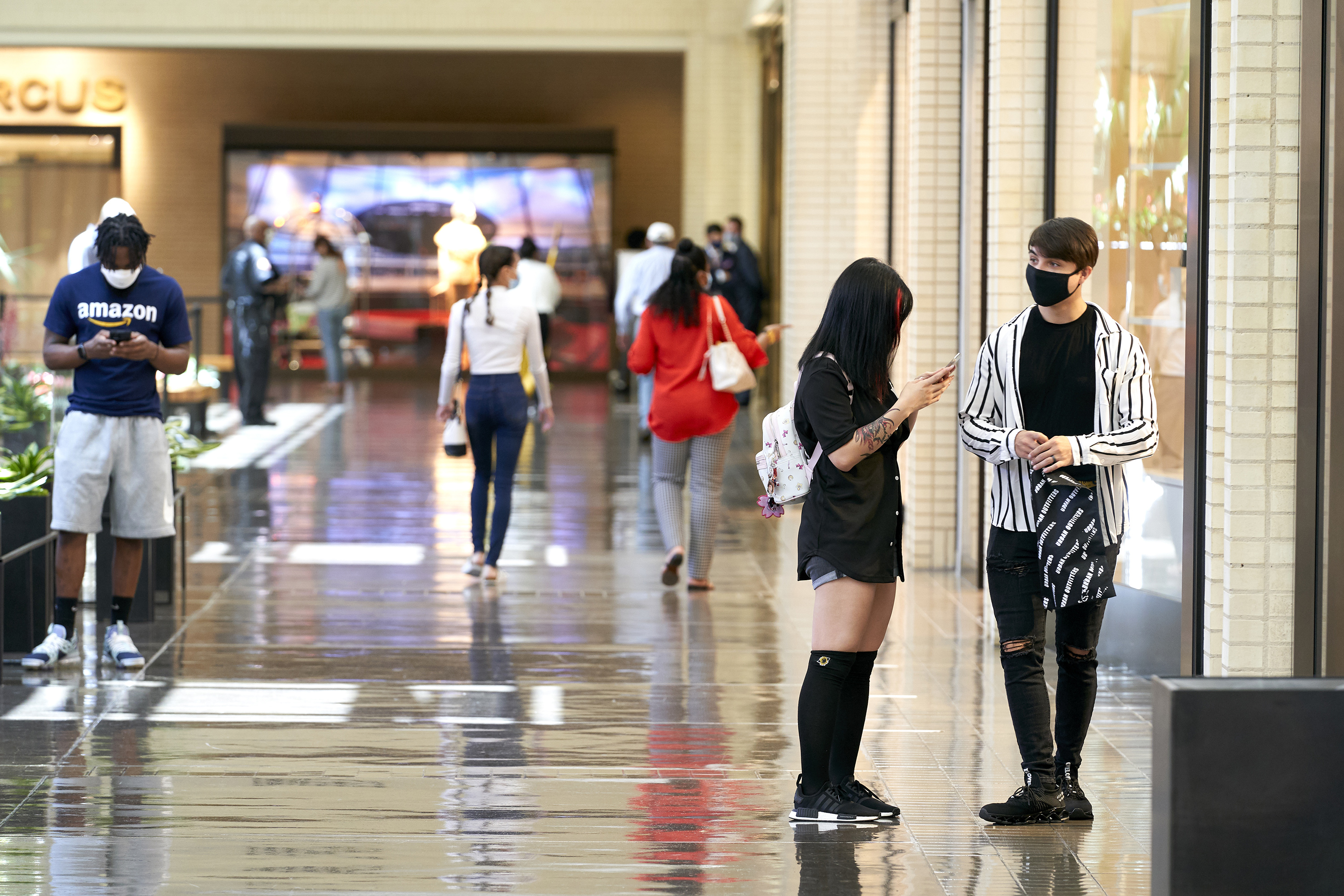