Washington: US President Donald Trump's 2016 campaign was keen to keep abreast of the release of emails potentially damaging to Democratic candidate Hillary Clinton, reaching all the way to Trump, the Republican's former deputy campaign chairman testified in court on Tuesday. 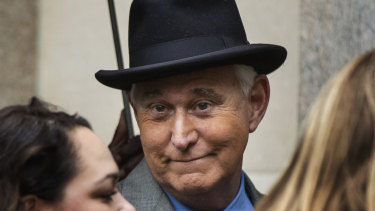 WikiLeaks disclosed several batches of stolen emails in the months before the election that damaged Clinton.

Although Gates acknowledged he could not hear the contents of the call between Trump and Stone as they were driving from Trump Tower to LaGuardia Airport in New York City, he said that within 30 seconds or so of Trump hanging up with Stone, Trump said that "more information would be coming," in an apparent reference to WikiLeaks.

The testimony by Gates, who appeared under a cooperation agreement, could hurt Stone as he faces charges of obstructing justice, witness tampering and lying to the US House of Representatives Intelligence Committee in its investigation into Russian interference in the election. Stone has pleaded not guilty. 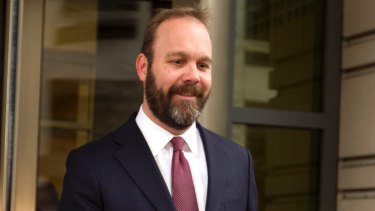 Prosecutors at Stone's trial in federal court in Washington rested the government's case on Tuesday and the defence will begin presenting its case later in the day.

Prosecutors sought to prove to jurors that Stone lied to the committee in September 2017 by stating that he never spoke to Trump campaign officials about WikiLeaks or the website’s founder, Julian Assange.

Then-campaign manager Paul Manafort and aides Jason Miller and Stephen Miller held brainstorming sessions based “in part on Mr Stone’s predictions” about WikiLeaks, Gates said. Manafort instructed Gates to keep in touch with Stone "from time to time to see if the information was still real and viable," he said.

Gates testified that Stone also sought contact information for Trump son-in-law, and current White House aide, Jared Kushner to debrief him on the hack of the Democratic National Committee, where the emails were stolen. 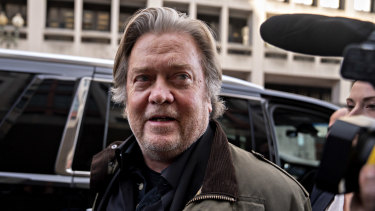 Steve Bannon, the former chief executive of Donald Trump’s 2016 presidential campaign, speaks to members of the media outside federal court after testifying in Washington, DC.Credit:Bloomberg

In another instance, Gates described a call he heard on speaker phone between Manafort and Stone in July 2016 shortly after WikiLeaks released some emails.

"Mr Stone at that point had indicated that the information had come out and additional information would be coming out down the road," Gates said.

He added that Manafort thought it was "great" and was also "quite surprised" because until then, Stone's predictions that WikiLeaks would publish emails had not materialised. 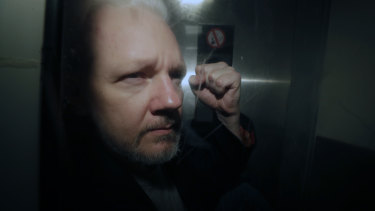 In a court filing on Monday, the prosecution said the testimony by Gates – who also testified last year against Manafort in a trial in which Manafort was convicted and sent to prison for 7-1/2 years – will conclude his cooperation with the government.

The prosecution asked a judge to set a mid-December sentencing date for Gates.

Stone's attorneys tried to discredit Gates in their cross-examination by repeatedly asking him about the crimes he committed with Manafort.

Later, they also filed a motion with the judge asking her to acquit Stone on charges of lying to Congress, saying the government had failed to prove that Stone actually had any intermediary with WikiLeaks.

The government accuses Stone of misleading Congress when he testified in 2017 that comedian Randy Credico was his intermediary with WikiLeaks in the summer of 2016.

Gates' testimony on Tuesday followed another prominent prosecution witness, former Trump campaign chief executive and White House strategist Steve Bannon, who testified on Friday that Stone was viewed by Trump’s campaign as an “access point” to WikiLeaks and discussed connections to WikiLeaks and Assange at the time.

Mueller and US intelligence agencies determined the emails released by WikiLeaks were stolen by Russian state-backed hackers as part of Moscow's efforts to boost Trump's candidacy.

The Intelligence Committee is now spearheading the House impeachment inquiry against Trump over his request in July to Ukraine that Kiev officials investigate a Democratic 2020 election rival Joe Biden.