The president was asked by reporters what he thought of London’s Labour mayor after Khan attacked this week’s visit.

Trump replied: “No, I don’t think much of him, I think he’s the twin of New York City Mayor Bill de Blasio except shorter.”

Khan had compared Trump to “20th-century fascists” ahead of the president’s visit, saying Britain should not be “rolling out the red carpet” for him this week.

The pair have clashed a number of times over Twitter, starting in 2016 when Trump challenged London’s first Muslim mayor to an IQ test.

Trump described Khan’s response to the 2017 terror attacks on London Bridge as “pathetic”. 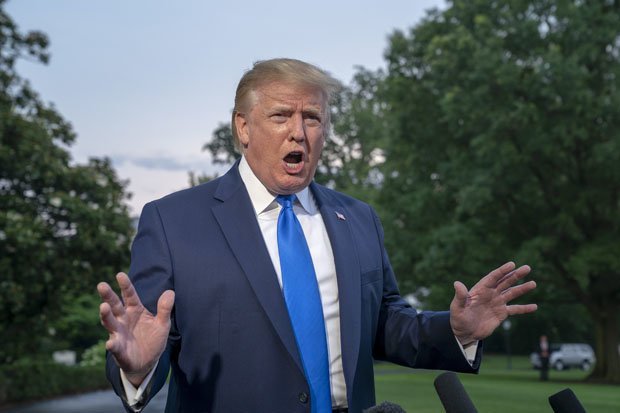 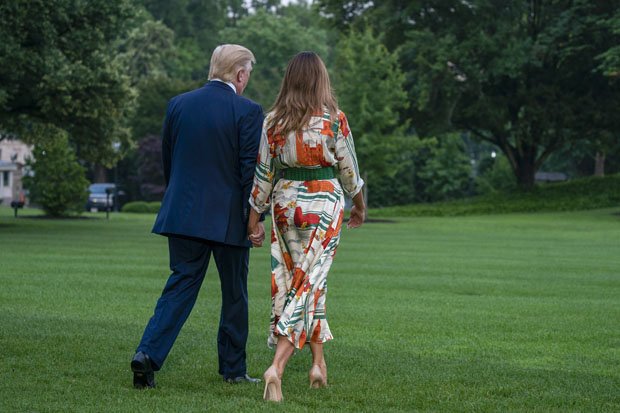 He was also asked about his remarks on the Duchess of Sussex Meghan Markle after it was reported he described Prince Harry’s wife as “nasty”.

Trump insisted: “No, I made no bad comment,” as he prepared to board his plane in Maryland before his due arrival in London at around 7am this morning.

Before the 2016 US election, Meghan said she would leave her homeland for Canada if Trump won.

Confronted about the comments in an interview with The Sun, Trump replied: “I didn’t know that she was nasty”.

Asked about potentially meeting Boris Johnson, Trump said: “He’s been a friend of mine, he’s been very nice.”

He added: “I have a very good relationship with Nigel Farage, with many people over there and we’ll see what happens.”

Trump spoke of the “opportunity for a very big trade deal” between London and Washington.

On Monday, after touching down at London Stansted Airport, Donald and Melania are due to head to Buckingham Palace to meet the Queen, Prince Charles and Camilla. 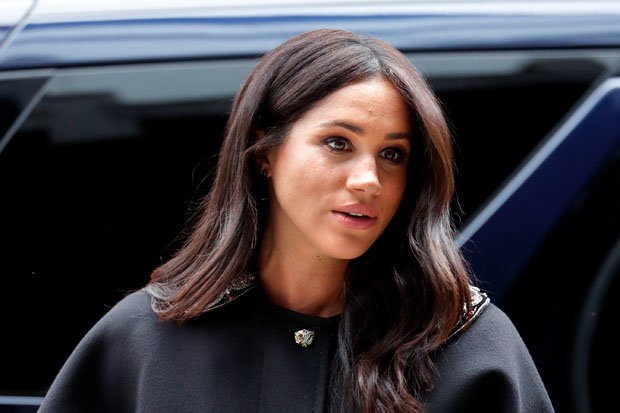 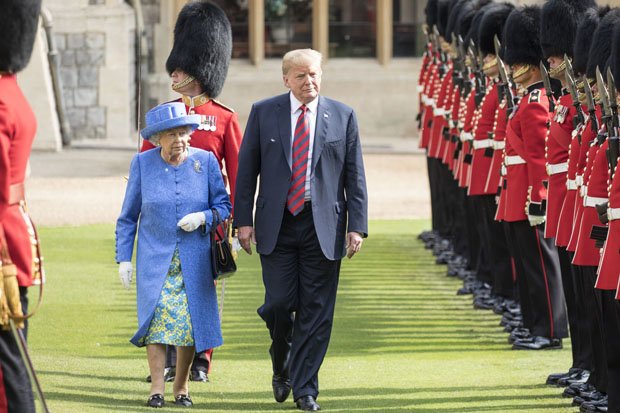 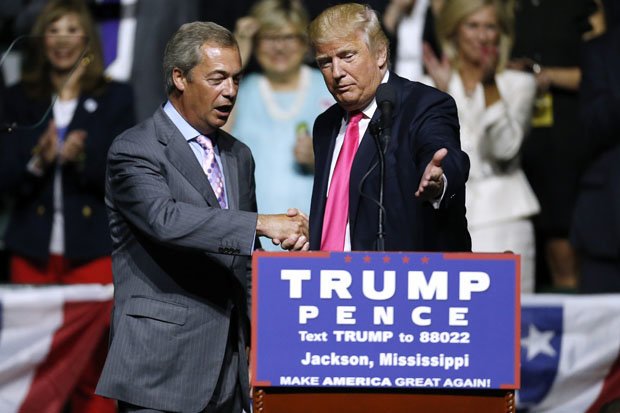 The President and First Lady will then visit Westminster Abbey where Trump will lay a wreath at the Grave of the Unknown Soldier.

There will also be a state banquet at Buckingham Palace where both the Queen and Trump will give speeches.

A number of protests against Trump’s visit have been organised for Tuesday, including the “Trump baby” blimp made famous last year.