DONALD Trump today said he'll "strongly consider" testifying in the impeachment probe against him – while insisting he "did nothing wrong".

After months of refusing to be involved, the US President tweeted that he'd be happy giving evidence to the "phony" investigation. 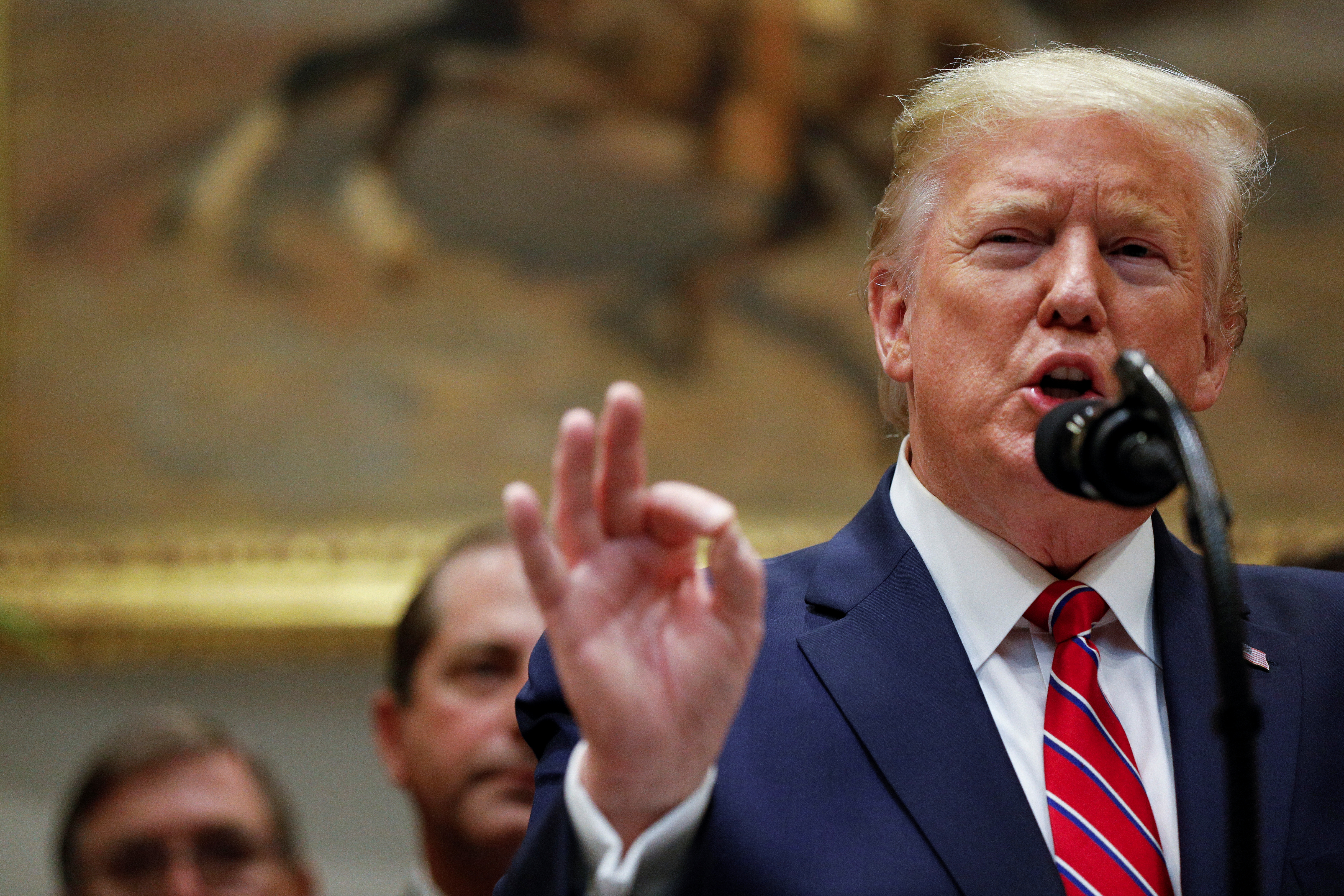 In a series of rambling tweets, he posted: "Our Crazy, Do Nothing (where’s USMCA, infrastructure, lower drug pricing & much more?)

"Speaker of the House, Nervous Nancy Pelosi, who is petrified by her Radical Left knowing she will soon be gone (they & Fake News Media are her BOSS), suggested on Sunday’s DEFACE THE NATION….

"….that I testify about the phony Impeachment Witch Hunt. She also said I could do it in writing.

"Even though I did nothing wrong, and don’t like giving credibility to this No Due Process Hoax, I like the idea & will, in order to get Congress focused again, strongly consider it!"

Trump is accused of trying to pressure Ukrainian leader President Volodymyr Zelensky to dig up damaging information on Democrat rival, Joe Biden, and his son Hunter, by withholding US military aid designed to avoid a Russian takeover.

Hunter worked for a Ukrainian company when his dad was US vice-president.

But asking foreign countries for help in winning a US election is illegal.

And if it is proved that Trump asked Ukraine to do this, it could be grounds to impeach the President — and ultimately force him from the White House.

Trump's outburst comes as the probe shifts into another gear this week.

Eight more witnesses are due to testify in Week Two of the televised hearings. They include Gordon Sondland, the U.S. ambassador to the European Union, whose direct interactions with Trump are likely to be a main focus in the investigation of whether the president made security aid to Ukraine contingent on it agreeing to dig up dirt on a political rival, former Vice President Joe Biden.

The latest round of hearings will stretch from tomorrow to Thursday before the House of Representatives Intelligence Committee.

Seeking to build on last week's testimony by three key witnesses, Democrats leading the inquiry – the first public impeachment drama in two decades – will continue trying to make the case that Trump abused the power of his office.

At the heart of the inquiry is a July 25 phone call in which Trump asked Ukrainian President Volodymyr Zelenskiy to open a corruption investigation into Biden and his son, Hunter Biden, and into a discredited theory that Ukraine, not Russia, meddled in the 2016 U.S. election.

Among this weeks witnesses are several who listened in on the call.

The hearings could pave the way for the Democratic-led House to approve articles of impeachment – formal charges – against Trump. That would lead to a trial in the Senate on whether to convict Trump and remove him from office. Republicans control the Senate and have shown little support for Trump's removal.