President Donald Trump rallied his supporters on Twitter to gather for a “big protest in DC on January 6” to challenge the US’ democracy. He told his followers it “will be wild”, in a move that subsequently encouraged legions of his fans to attack the Capitol building as Congress certified Joe Biden’s election victory. Four people died during the attempted insurrection, and congressmen and congresswomen were forced to find shelter as they feared for their lives.

World leaders have condemned the attacks as “disgraceful” and “terrible”, with many believing Mr Trump has jeopardised America’s democracy.

The President did eventually call for protesters to go home, but told the rioters: “We love you, you’re all very special.”

He has maintained that the Presidential election was “stolen” despite no evidence to support his claim, but has also promised an “orderly transition” of power to President-elect Joe Biden.

However, fears over further violence persist — very few expect Mr Trump to step down quietly after he refused to concede the election back in November.

As Americans plead for Vice President Mike Pence to evoke the 25th Amendment and oust Mr Trump from the White House, a glance back at the President’s upbringing may provide some insight as to why the unprecedented events of the last 24 hours unfolded. 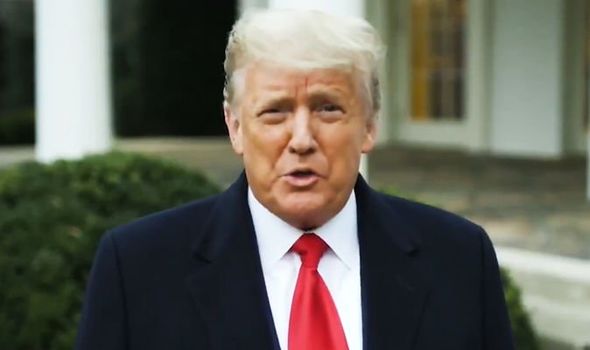 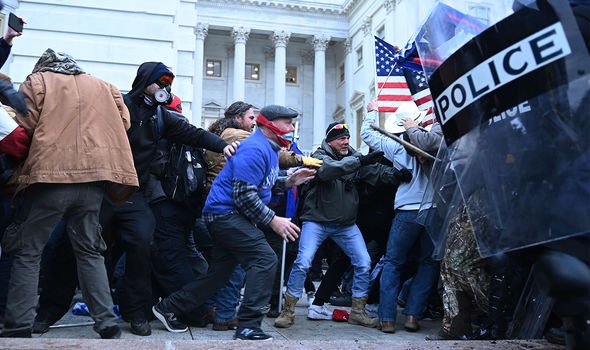 Professor Dan P.McAdams created a psychological profile of Mr Trump in June 2016 when he was the Republican candidate for the White House.

He examined Mr Trump’s relationship with his father Fred Trump, who was a relentless businessman.

Mr McAdams explained: “He trained his sons to be tough competitors because his own experience taught him that if you were not vigilant and fierce, you would never survive in business.

“His lessons in toughness dovetailed with Donald’s inborn aggressive temperament.”

Mr Trump even wrote in his book ‘Crippled America’ that he “wanted to be the toughest kid in the neighbourhood” when he grew up in Queen’s.

Writing in The Atlantic in 2016, Mr McAdams claimed that Fred Trump’s attitude also had a deeper impact on the future President. 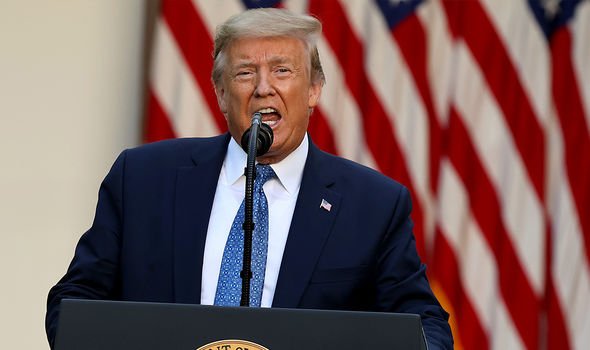 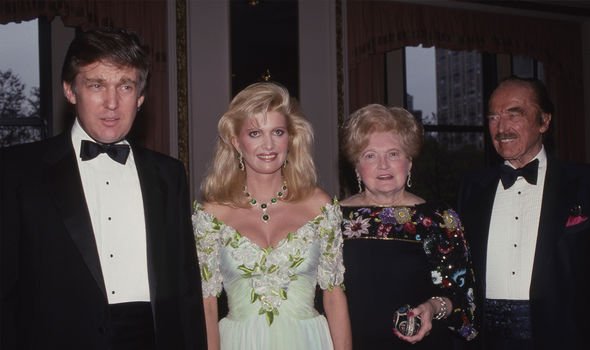 He wrote: “Fred applauded Donald’s toughness and encouraged him to be a ‘killer’.”

The commentator alleged: “Trump has never forgotten the lesson he learned from his father and from his teachers at the [military] academy: The world is a dangerous place.

“You have to be ready to fight.”

This psychology has stuck with Mr Trump throughout his adult life.

In a 1981 People interview, he said his mantra for life was “man is the most vicious of all animals and life is a series of battles ending in victory or defeat”.

Then in 1987, when the entrepreneur expressed his desire to run for the top job in Washington DC, he was asked if he would like to be appointed President rather than have to compete.

He said no, and explained: “It’s the hunt that I believe I love.”

Mr Trump has certainly fought tooth and nail for his Presidency, and seemed most invigorated when campaigning for the role. 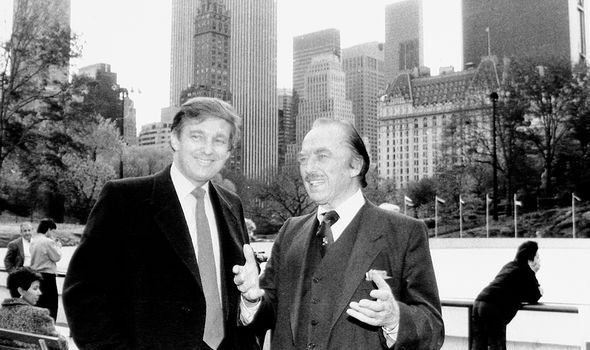 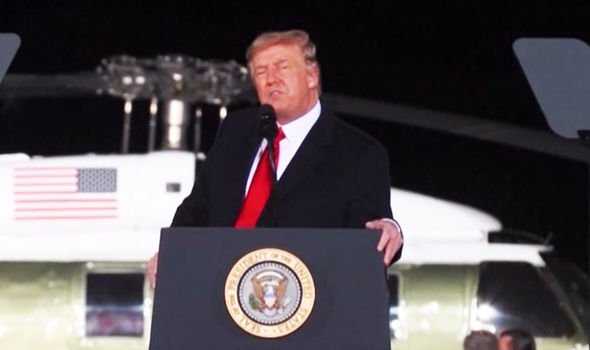 This fighting rhetoric started off as a way to entice US voters back in 2016 and believe he would “make America great again”.

However, it seems to have evolved into a physical manifestation, as seen in the protests at the Capitol yesterday.

Angry mobs demanded that Mr Trump be reinstated as President with many chanting his name.

Barbara Rees, who used to work in the construction of Manhattan’s Trump Tower, also told The Daily Beast: “As far as the anger is concerned, that’s real for sure.

“He’s not faking it.

“The fact that he gets mad, that’s his personality.”

Social psychologist Jesse Graham noted that the President also “appeals to an ancient fear of contagion, which analogises out-groups to parasites, poisons and other impurities”.

This reappeared yesterday, when he told the crowds that Democratic victories were the product of “explosions of b*****t”, which his supporters chanted back to him. 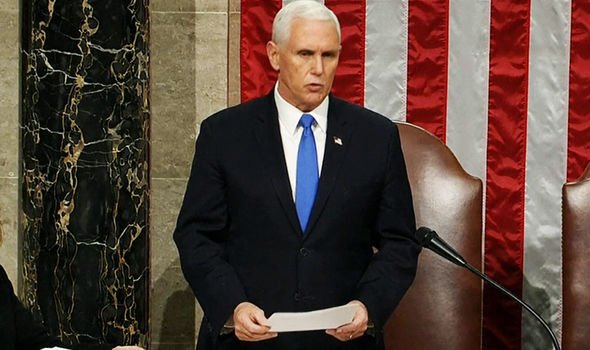 Journalist Conor Friedersdorf claimed the protests were the President’s way of “feeding his own ego” even if it came at the “price of American carnage”.

Back in his 2016 campaign trail, Mr Trump appealed to a sense of fear and intimidation.

A 12-year-old girl said to him: “I’m scared — what are you going to do to protect this country?”

He replied: “You know what, darling? You’re not going to be scared anymore.

“They’re going to be scared.”

After the failed insurrection, US citizens and world leaders alike fear for the days leading up to Mr Biden’s inauguration on January 20.