More than 80,000 suspected cases have been recorded since January, Health Minister Oly Ilunga Kalenga said in a press release. “We have been seeing an increase in the number of suspected cases of measles since the start of the year, with a total of 87,000 suspected cases” Mr Kalenga said. “Mortality is estimated at 1.8 percent,” he continued. This rate translates to about 1,500 deaths, according to the health ministry and aid agency Doctors Without Borders (MSF).

“This situation is all the more worrying given the fact that the figures show a 700 percent increase in the number of measles cases compared with the same period in 2018,” he added.

At least 95 percent of the population “must be vaccinated” against measles to prevent its spread, the health chief continued.

Measles is a highly contagious disease that can kill and can cause blindness, deafness or brain damage.

Because of greater vulnerability to the disease, measles infections worldwide nearly quadrupled in the first quarter of 2019 against the same period in 2018 to 112,163 cases, according to World Health Organization (WHO) data.

But DR Congo is also battling its worst-ever Ebola outbreak, which has claimed thousands of lives since last August.

As of June 3, the health ministry reported 2,008 confirmed and probable Ebola cases with a death toll of 1,346.

“The DRC is confronted with an unprecedented combination of deadly epidemics,” Seth Berkley, CEO of the Gavi vaccines alliance, said last month. 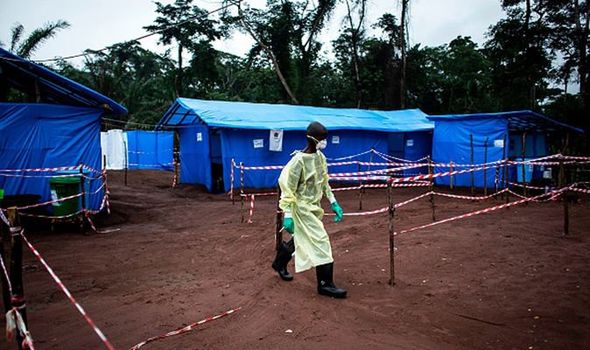 “While the Ebola outbreak continues to cause untold misery in the east, measles and cholera epidemics are claiming the lives of thousands of people throughout the country,” he continued.

“That’s why we are stepping up our response, through ongoing measles vaccinations in health zones affected by measles outbreaks, as well as through our continued support for Ebola vaccinations… We cannot allow this needless suffering to continue,” Mr Berkley added.

The Ebola outbreak has now been going on for around 10 months and is getting worse.

Last week, a WHO expert warned roughly a quarter of Ebola infections in the country’s eastern regions were going undetected or found too late because people are refusing treatment.

“We believe, let me be very cautious here, we believe we are probably detecting in excess of 75 percent of cases – we may be missing up to a quarter of cases,” Dr Mike Ryan, executive director of WHO’s Health Emergencies Programme, told a news briefing in Geneva.

Around 90 percent of people potentially exposed to the killer disease have agreed to be vaccinated, he continued. “It’s not them that matter now, it’s the 10 percent that don’t, because all of our cases are coming from that group.” 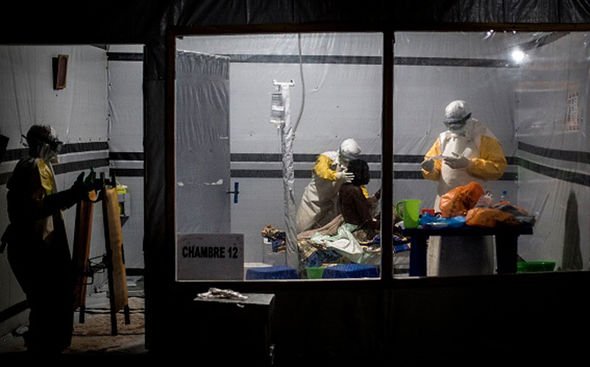 More than 130,000 people have been vaccinated to date, according to Congolese health officials.

The epidemic is “not out of control, but it is certainly not under control,” Mr Ryan added.

Ebola is a haemorrhagic fever that causes flu-like pains, bleeding, vomiting and diarrhoea and spreads among humans through contact with bodily fluids of an infected person.

Efforts to contain its spread are being hampered by poor healthcare infrastructure and resistance from communities who believe Ebola is a conspiracy made up by aid agencies and the government.

Attacks on clinics and health workers by armed rebels – some believed to be linked to Islamic State (ISIS) – have also slowed down the medical response.

Between January and early May, there were 42 attacks on Ebola treatment centres, with 85 workers either injured or killed, according to WHO figures.

DR Congo has been rocked by two consecutive civil wars that ended in 2003, and the UN has warned that stopping targeted attacks on health workers requires untangling the country’s deep-seated political problems.