DRINKING coffee or water while driving could lead to huge fines as a number of states seek to crack down on distracted drivers with new legislation.

The so-called "hands-free" laws are being considered in a number of states, including Michigan, Ohio and Pennsylvania, and aim to stop drivers from using their phones or other items which may avert their eyes from the road. 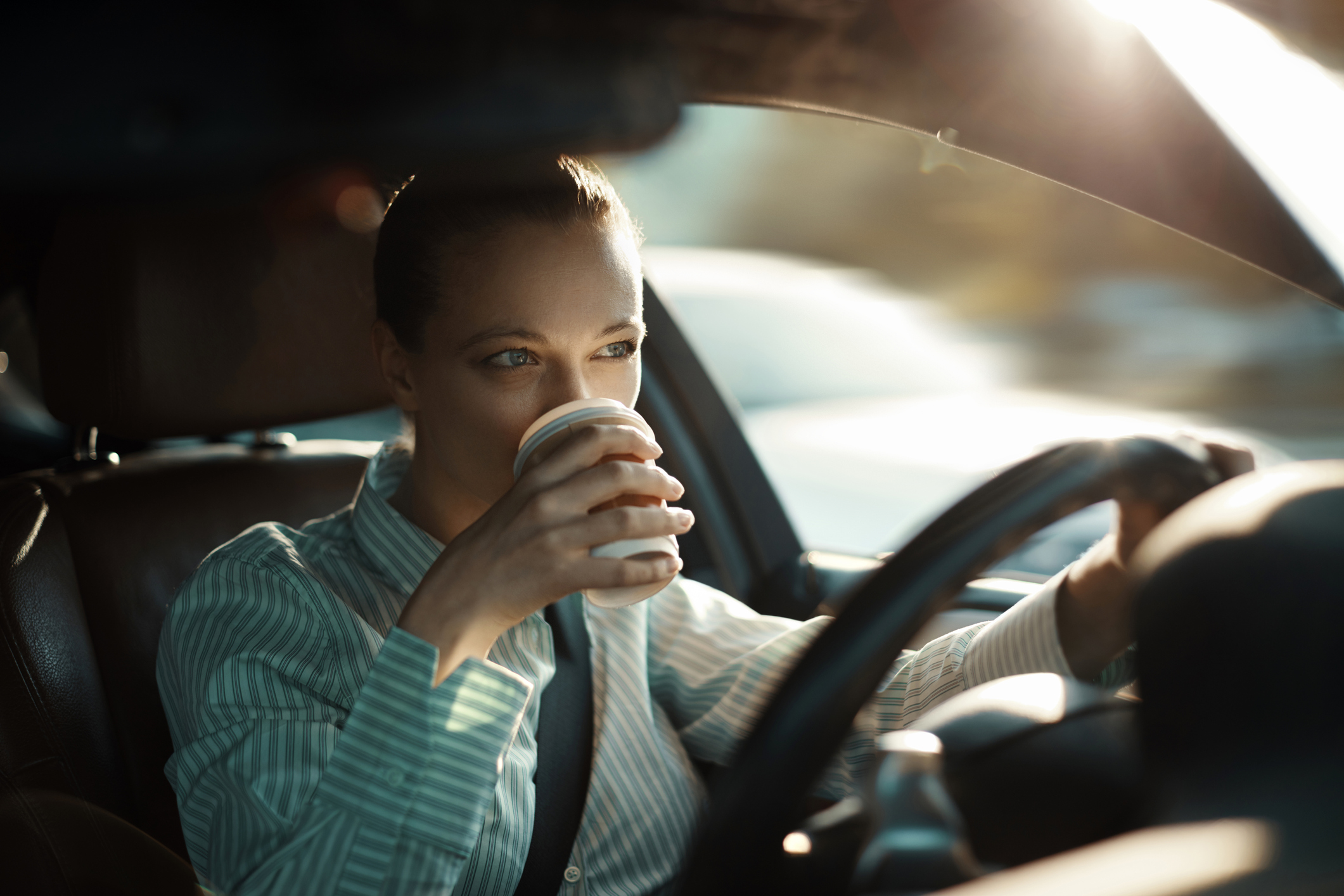 Lawmakers in Michigan's House Judiciary Committee are set to discuss three bills related to distracted driving in the state on Tuesday morning.

The discussions follow after lawmakers in Ohio proposed stricter rules against cell phone use and other devices while driving on Monday.

And just over two weeks ago, lawmakers in Pennsylvania also held preliminary discussions to discuss making holding a cellphone while driving illegal.

While holding a phone to your ear or texting while driving is already forbidden, the expansions of the law, if passed, could in some circumstances make any handheld use of a phone illegal, even if a driver is stationary at a red light.

Instead, the laws would permit only the "minimal use of a finger" – to activate an app, for instance – so long as the device is on a dashboard cradle or built into the car.

While the laws will inevitably vary from state to state, any legislation will likely be similar to a bill passed in Washington back in 2017, known as the Driving Under the Influence of Electronics Act (DUI-E).

The law banned all non-emergency use of a handheld device, and all watching of video even in dash-mounted devices – citing them to be a primary traffic violation and carrying fines of up to $136.

Under the bill, non-electric distractions were also designated a secondary offense with fines of up to $99.

While the non-electric distractions were undefined, Washington lawmakers and police said they include eating or drinking, applying mascara, reading a book, or having a dog on your lap. 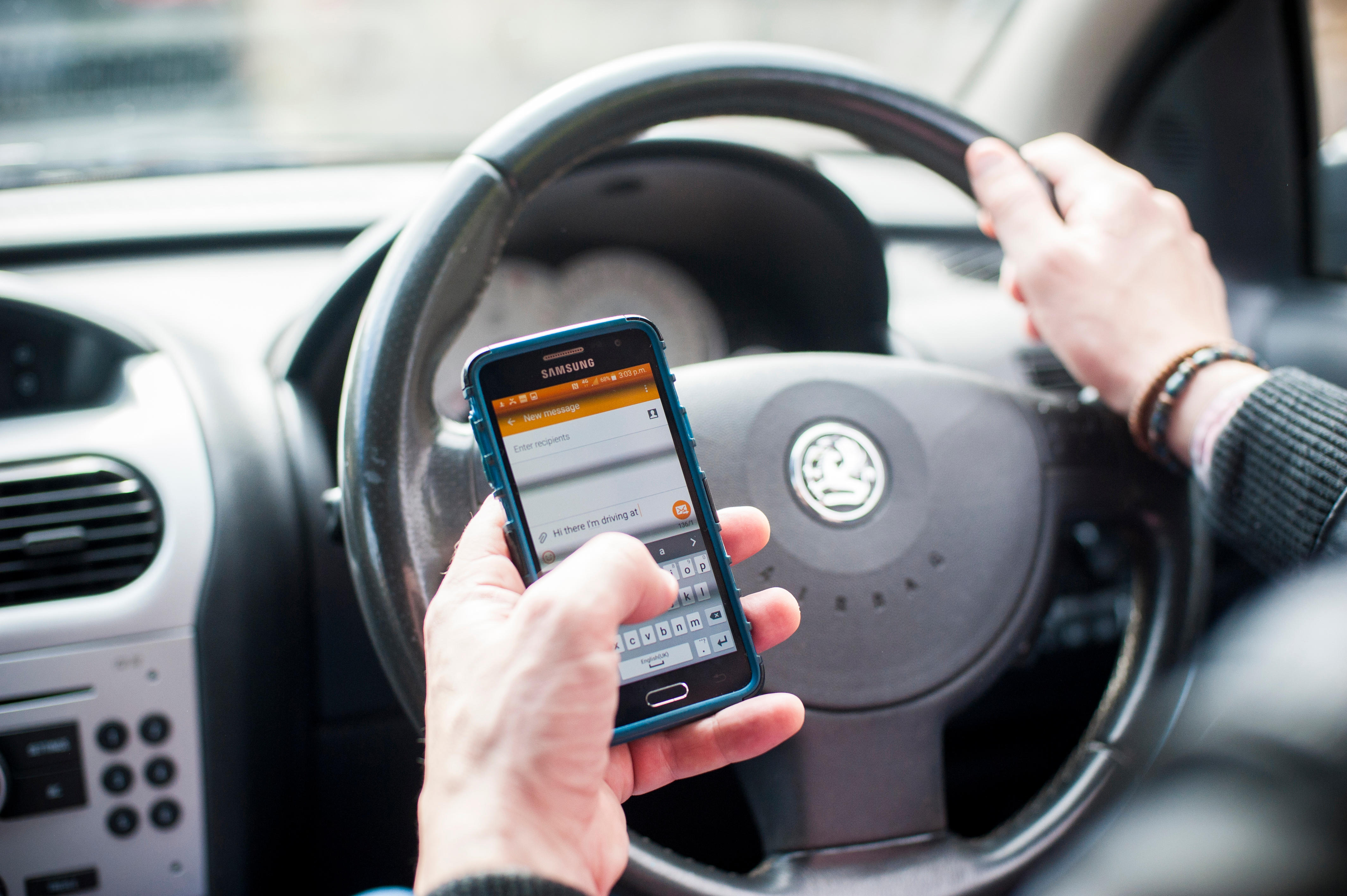 However, the acting of drinking or eating, for instance, isn't enough to warrant a fine.

Under Washington's law, a driver distracted by a non-electric item – such as a cup of coffee or a cheeseburger – can only be fined where an officer has connected the item to bad driving.

"If your Big Mac drops ketchup on the front of your shirt and you run a red light, or drive onto the shoulder, or commit any other traffic offense like driving outside your lane or following too close, or your water spills all over your car and you’re more concerned about the spilled drink than the road, then a [ticket] can be issued," Washington State Police Trooper Heather Axtman explained at the time.

“We would have to articulate how that cheeseburger caused that collision,” she said.

About 1 in 5 of the people who died in crashes involving a distracted driver in 2018 were not in vehicles―they were walking, riding their bikes, or otherwise outside a vehicle.

The total figure of those killed in distracted driving incidents increased in 2019 by 10 percent, with 3,142 lives claimed.

In 2019 nearly 1 in 10 fatal crashes in the United States were reported as distraction-affected. 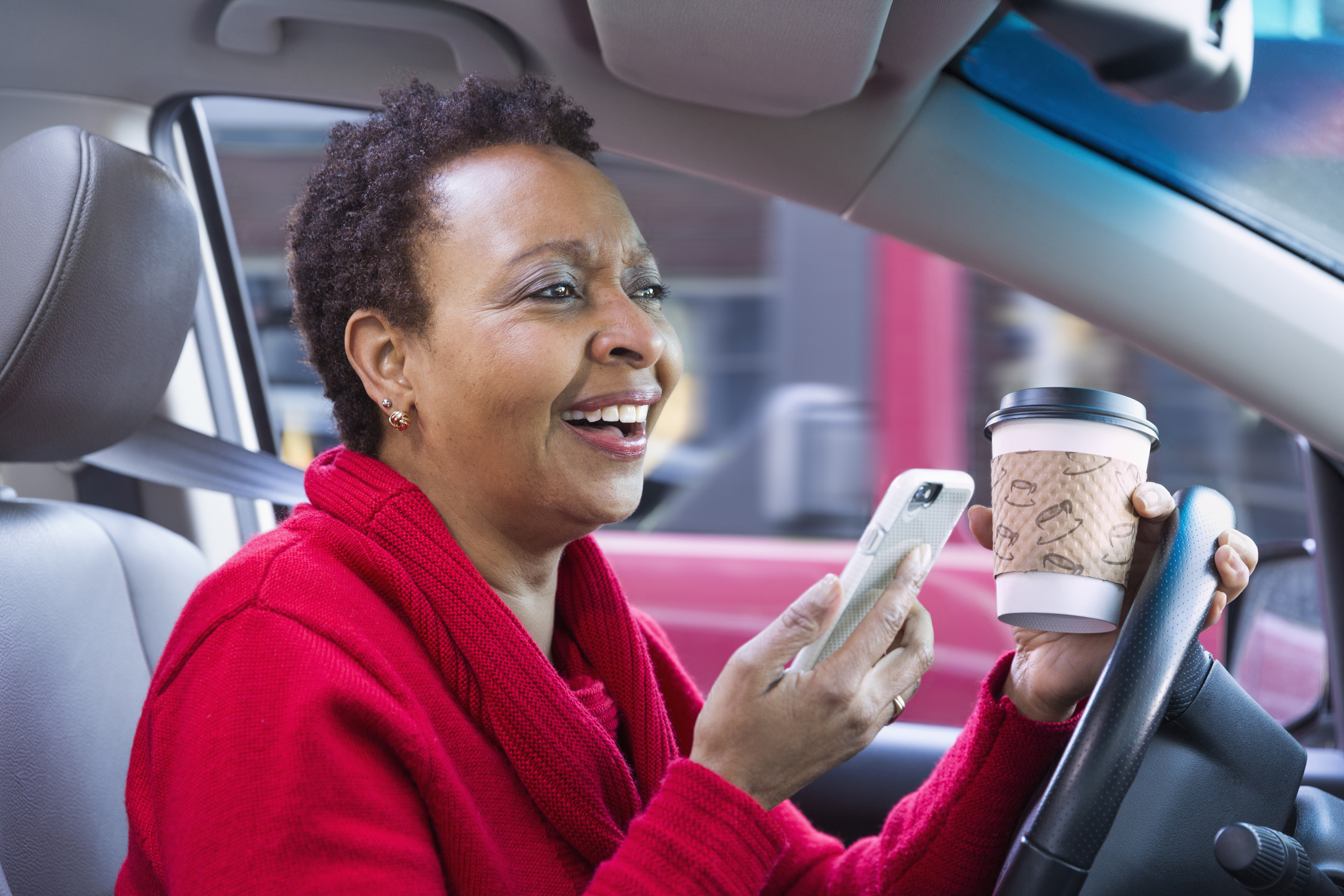 Lawmakers across the US are seeking to clamp down on distracted driving incidents.

In Michigan, three new bills were introduced into the statehouse this week to change current laws on texting while driving.

The new bills are an attempt to keep restrictions up to date with the latest advances in technology.

"We have laws on the books right now that prohibit distracted driving in the form of texting while driving. but we know that our cell phones have all really become basically mini computers that we keep in our pockets, and we use all day long," Democratic Rep. Mari Manoogian said.

"So the current laws on the books, don't take account, take into account any sort of social media, Zoom meetings, anything that we use, where we live stream from our devices. and so these laws would modernize that."

The laws would be applied to all drivers with the exception of public safety officers and those dialling 911 in an emergency.

Each offense would also increase in fines, beginning between $100-250 for an initial violations, to between $200 and $500 for a subsequent breach.

It's currently unclear whether the state is considering included non-electric distractions, such as those in Washington. 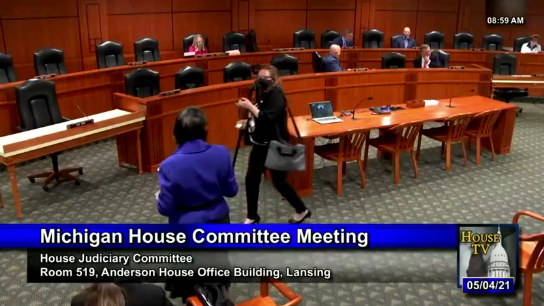 Lawmakers in Ohio are also seeking to update laws regarding cell phone use while driving.

Legislation presented by Reps. Cindy Abrams, R-Harrison, and Brian Lampton, R-Beavercreek this week would prohibit using electronic devices while driving in most circumstances.

Law enforcement could ticket drivers for even holding their phones while driving.

Ohio law already prohibits texting while driving, though there are exceptions made for dialing phone numbers and using navigational programs.

The bill would outlaw the use of phones, tablets and other electronic devices.

Along with not texting, drivers would not be allowed to use their devices to watch or record videos, place orders or use any other program that isn’t hands-free.

Conceived by Monroe County Rep. Rosemary Brown, the state's ban the use of handheld devices by drivers and make violations a “primary offense” — meaning police could make a traffic stop based on seeing the violation.

“The purpose of this legislation is not to penalize drivers,” Brown, a Republican, told The Morning Call “but to protect innocent drivers, similar to our driving under the influence laws.”

Among the participants were law enforcement agencies across New Jersey, Indiana and Oregon.

The patrols targeted "motorists who commit cell phone use/texting violations in addition to other observed violations commonly associated with distracted driving," such as eating and drinking, a news release said.