After a viral video that showed a man being handcuffed and detained last week by transit police for eating a sandwich on a train platform in Northern California, the public hosted a lunchtime “eat-in” protest.

“I was just up there eating a sandwich waiting for my train to come,” said Foster. He shared that the officer passed other people who were also eating and drinking in the area and singled him out.

He was then handcuffed and detained.

In response to this incident, members of the public shared their frustration by engaging in an “eat-in” protest at BART’s Embarcadero station platform. Kelly Groth organized the Brunch on BART event.

Groth handed out breakfast sandwiches and the group ate together on the platform. 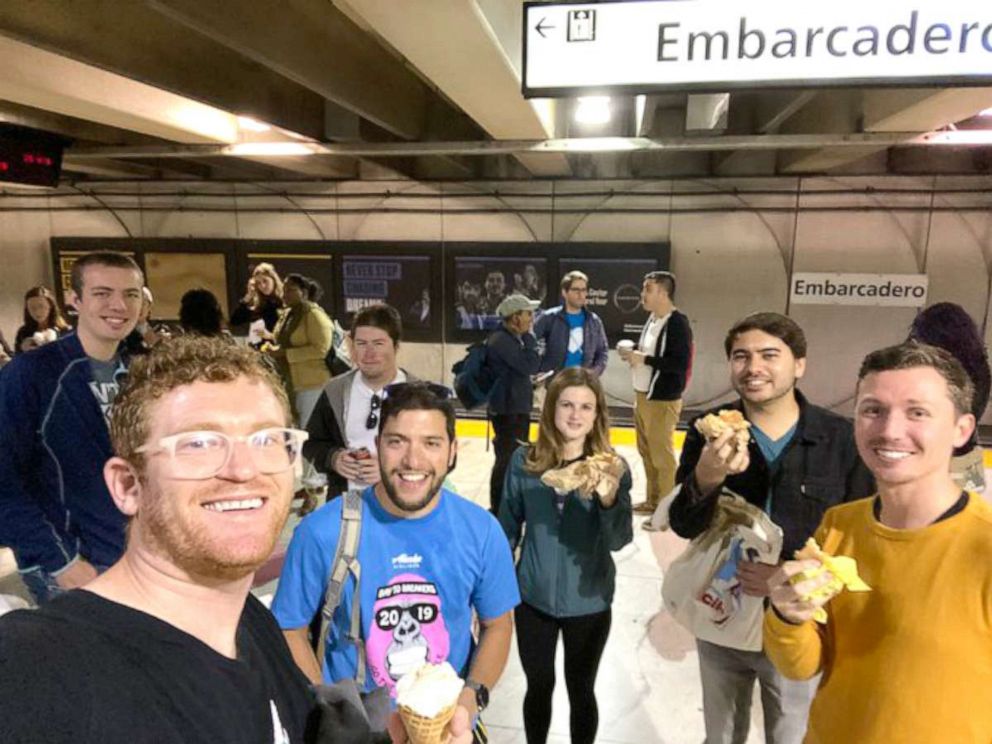 “Over the years we’ve seen a surge of people videotaping police abusing power and targeting black and brown folks. People are holding them accountable for their actions since the murder of Oscar Grant in 2009,” said Groth.

Oscar Grant, 22, was an unarmed black man shot and killed by a BART police officer in Oakland on New Year’s Day in 2009.

Janice Li, a member of the BART Board of Directors also attended this event to speak to the public. She brought food to share – Chinese egg clusters and barbecued pork buns.

“I attended because I was disturbed when I saw that video,” Li said. She is also friends with Foster.

She shared that she wants to use her position to build a better system by listening to their riders, and acting as a resource.

“In my past, I’ve had issues with police departments and law enforcement, so to see incidents like this is really disturbing to me. I want to be a resource and tell people what’s happening,” Li said.

Li shared she is looking into what happened. The Office of Independent Police is investigating the incident and reviewing police body camera footage.

According to a BART representative, no one was detained or cited at the eat-in.

BART General Manager, Bob Powers, issued a statement Monday afternoon addressing the citation and apologizing for how the situation unfolded. He mentioned the police auditor would report his findings to BART’s Citizen Board.