Over the last few years, we have all, perhaps, become a little desensitised to conspiracy theories.

But the idea that a simple road user charge is somehow a step towards privatising road revenue is, frankly, bafflingly naive. 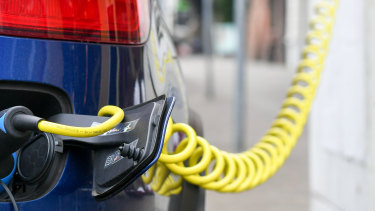 Victoria will start taxing electric vehicle owners for every kilometre they drive.

Indeed, it is such a leap of imagination and logic, that this seditious tale would require the co-ordinated brainwashing of the Productivity Commission, the Henry Tax Review, the Harper Review, the Thodey Review, Infrastructure Australia, Infrastructure Victoria, the RACV, and numerous parliamentary inquiries over a staggering three decades!

It is, of course, complete and utter gobbledegook.

But it does provide a useful opportunity to talk about a deeply sensible policy position adopted by Treasurer Tim Pallas and a growing number of his counterparts in other states and around the world.

The reason we need to modernise our road funding system is because the traditional way of paying for road use – through fuel excise – is broken.

To be clear, this is not a problem caused by electric vehicles – revenue per kilometre travelled was in decline long before electrification – but the future is electric, so we have a unique opportunity to use the rise of electric vehicles to build a better system.

While a shift to electric vehicles will deliver many environmental and health benefits, they don’t levitate, and still drive on roads.

It is only right then that electric vehicles make a fair contribution to pay for the roads they rely on – similar to that paid by petrol and diesel vehicle owners.

Applying a simple distance-based charge to electric and other plug-in vehicles will ensure that, in the future, every motorist makes a fair and sustainable contribution to transport funding for generations to come. It is a smart way of overhauling our road-funding system for the 21st century. 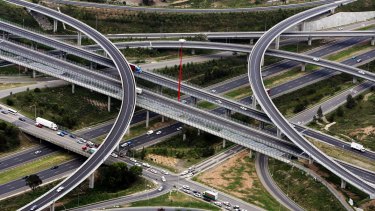 The proposal would see an electric vehicle owner travelling 12,000 kilometres per year pay $300 in road user charges, alongside a $100 registration saving. Meanwhile, someone driving a new Mazda 3 would expect to pay about $330 in fuel excise travelling the same distance. That seems about fair, with both using the roads the same amount, they both pay about the same amount. For context, the average car on the roads today, travelling the same distance, pays about $550 per year.

Let’s be absolutely clear. Any revenue raised from a road user charge will be collected by government for re-investment into public roads and new transport infrastructure. This user charge is also not being delivered in isolation. It comes alongside a commitment to re-invest the proceeds in infrastructure to support electric vehicles, including $25 million for a state-wide fast charging network and $20 million for a trial of zero emission buses.

Pairing an incentive package with a sensible road user charge means we can support adoption of a welcome technology, while also creating a fairer funding approach for our roads.

This isn’t just about making roads more EV-friendly – it’s about making our transport systems work better for all Victorians. That includes all motorists, as well as public transport users, cyclists and pedestrians.

Other countries and states around the world, including New Zealand, California, South Australia, Oregon, and Utah have already moved to introduce comparable mechanisms and pilots to help pay for their roads into the future.

Moving towards a rational approach to pricing roads is the best chance we have to reduce congestion and emissions in our cities. Applying a distance-based charge on vehicles that don’t attract fuel excise is a sensible first step on that journey.

We can and should do more to promote the uptake of electric vehicles. But we must also make sure we can pay for roads into the future. And there is a window of opportunity to do both through the Treasurer’s proposal.

See, no conspiracy theory, just a sensible policy. I can see how that might be novel, but it should also be celebrated.