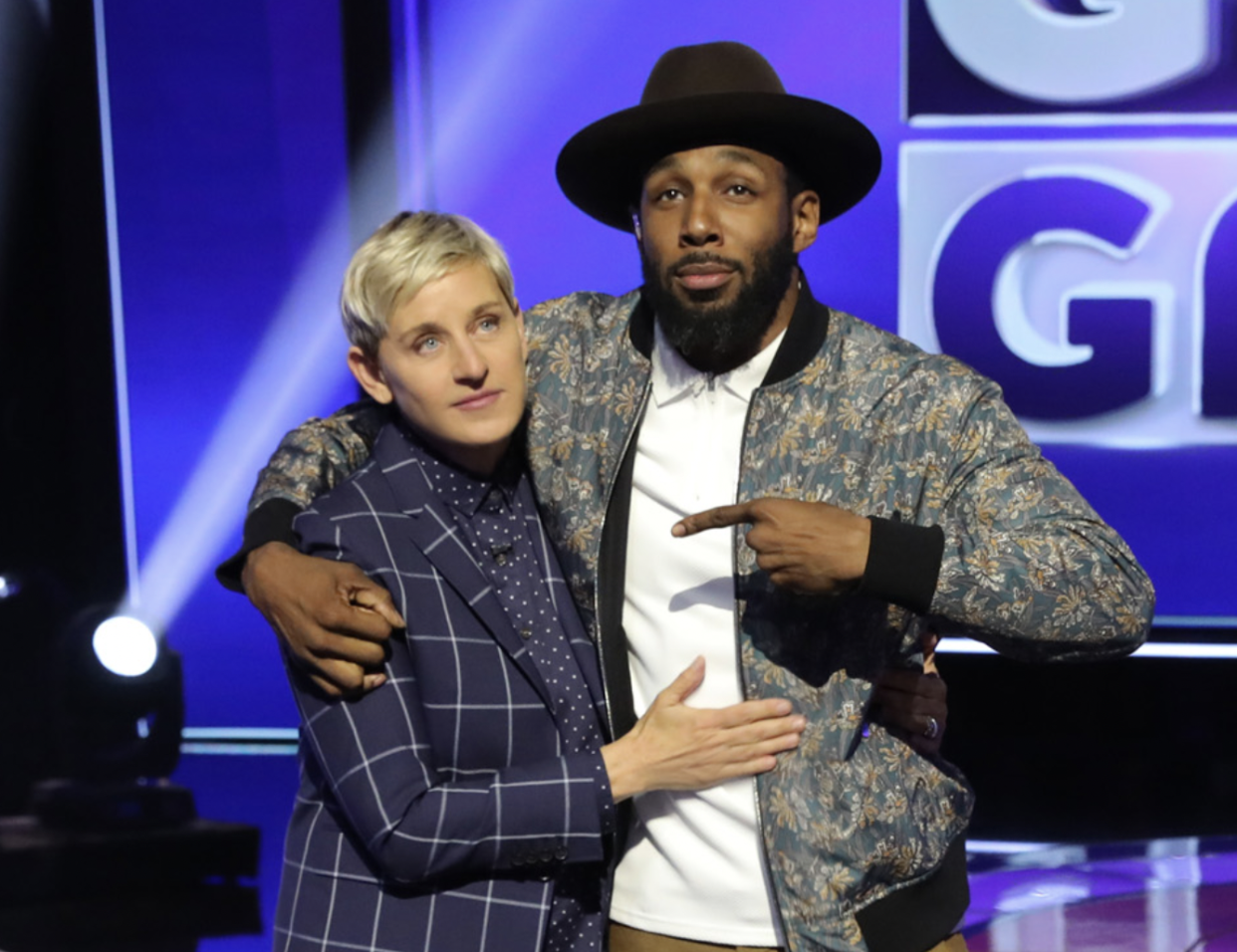 Ellen DeGeneres got emotional paying tribute to Stephen "tWitch" Boss ahead of the holidays.

"I just wanted to say the past 11 days have been really tough for everyone," she began. "Everyone is in pain and trying to make sense of it — and we'll never make sense of it."

Noting that the holidays are hard anyway, she said the best way to honor the Ellen DeGeneres Show DJ and So You Think You Can Dance judge and contestant, who died by suicide on Dec. 13, "is to laugh and hug each other and play games and dance and sing" and listen to music. "[To] do the things he loved to do."

She continued, "I know it seems hard — it seems impossible — but that's how we honor him." She also urged people to "tell each other we love each other and let people know we're there for them and check in on people."

Noting it wasn't a happy holiday, DeGeneres went on to describe Boss as "pure light." She said, "If you knew him, you knew that. If you didn't know him, you [still] saw it."

She ended by asking people to "honor him and think about him and send love to one another."

This was DeGeneres's first on-camera message about Boss and she was emotional, exhaling as she started. Immediately after his death, she issued a statement, saying she was "heartbroken" and calling him "pure love and light" as well as "family." She sent love to Boss's wife, dancer Allison Holker Boss, and their three children, Weslie, Maddox and Zaia.

In the days that have followed, DeGeneres filled her timeline with sweet memories of them together on the former talk show, for which he was a producer, and beyond — as they also appeared together in the spinoff Ellen's Game of Games.

DeGeneres met Boss when she had the choreographer teach her a dance routine. She invited him to be the guest DJ on the talk show in 2014, which led to a permanent gig. The show went off the air, after 19 seasons, in May.

Earlier this week, Holker Boss shared a selfie with her late husband, saying her "heart aches."

Boss was found dead in an Encino, Calif., motel room on Dec. 13, stunning his fans those in and out of Hollywood. His grandfather said the family had "no indication that anything was out of the ordinary" and they were "completely devastated." His mother has posted on social media, including an old screenshot of them FaceTiming, writing, “Oh if only I could FT to heaven…"