‘I hope that the public will vote Leave… I mean Remain’: Shadow foreign secretary Emily Thornberry gets muddled as she tries to explain Labour’s Brexit referendum stance

The shadow foreign secretary committed a gaffe as she was grilled over whether she feared that a second referendum would deliver another Leave vote.

Labour is promising to renegotiate yet another deal with the EU, before holding another national ballot between that package and Remain.

However, Jeremy Corbyn has flatly refused to say whether the party will campaign for its own proposed terms in that vote.

Appearing on ITV’s Good Morning Britain, Ms Thornberry said: ‘It is our duty to make sure we get the best deal possible. 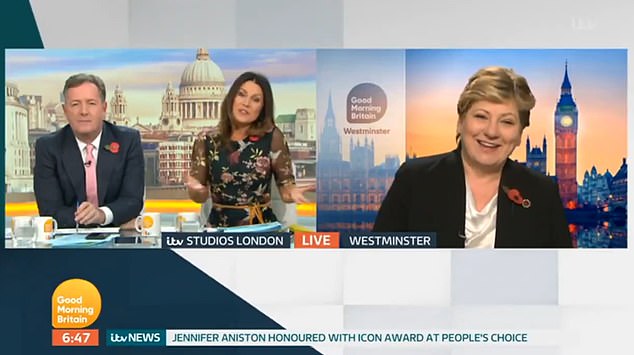 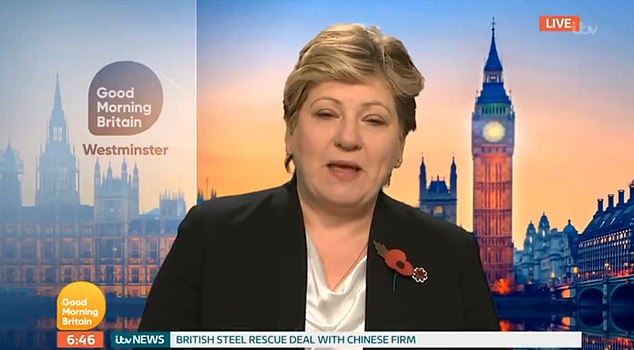 Ms Thornberry, a staunch Remainer, was trying to explain the party’s position and said: ‘I personally hope that the public would vote to Leave.’

‘I personally hope that the public would vote to Leave. But in the end it will be up to them.’

Host Susanna Reid interrupted to point out that Ms Thornberry – a staunch Remain supporter – seemed to have performed a dramatic U-turn.

‘Sorry, to Remain… sorry, slip of the tongue on my part,’ she corrected.

When Reid suggested her mistake showed the problem with Labour’s convoluted position, Ms Thornberry replied: ‘It illustrates that it is quarter to seven in the morning.’

Labour is campaigning in the run up to the election on December 12 on a platform of staying neutral on Brexit.

If Mr Corbyn becomes PM he would negotiate a new divorce deal with the EU before facilitating a second referendum.

That referendum would pitch Mr Corbyn’s Brexit deal against Remain and Labour would decide which way to campaign in the weeks leading up to the national ballot.

However, the Tories have warned there would be an incentive for the EU to give a bad deal that would be rejected by the UK public because they do not want the UK to leave. 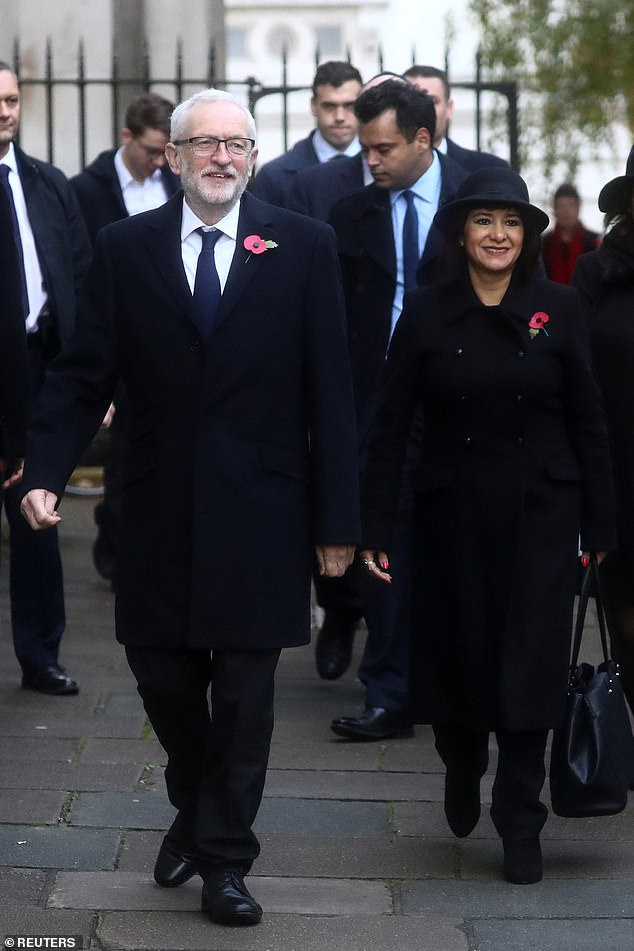