An empty plot of land on the coast of Cornwall has gone on the market for a whopping £795,000 – because it comes with planning permission for a luxury cliff-top home that could be worth £1.5million.

The grassy triangular plot, which is less than half-an-acre in size and would not fit a football pitch, enjoys a dramatic position overlooking the sea at Port Isaac.

Owners of the plot gained planning approval to divide the land, that was once part of their back garden, in order to build a seperate dwelling.

They have now secured planning consent for a four-bedroom detached house to be built and have put the plot up for sale. 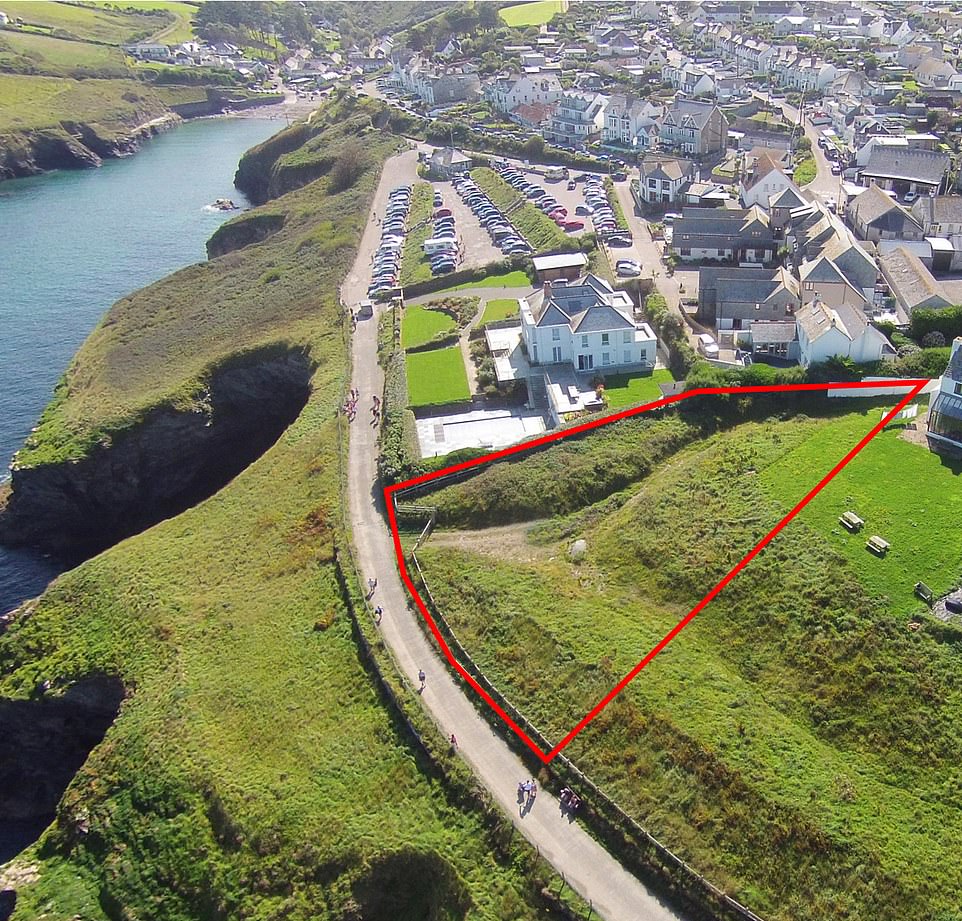 An empty plot of land is on the market for £795,000 thanks to its incredible coastal location in one of Cornwall’s most popular fishing villages

The estate agents say the build will cost about £450,000 but once complete the house would have stunning sea views and likely be valued at about £1.5million – meaning a potential profit of around £250,000.

The property is a short distance from the picturesque harbour and Port Gaverne, an area where new building plots are incredibly rare.

The proposed two storey house would be over 1,200 sq ft and have an entrance hall, kitchen/dining room, sitting room and snug on the ground floor and four bedrooms, all with en suites on the first floor.

It would have a driveway and a garden with a wraparound terrace to make the most of the views. 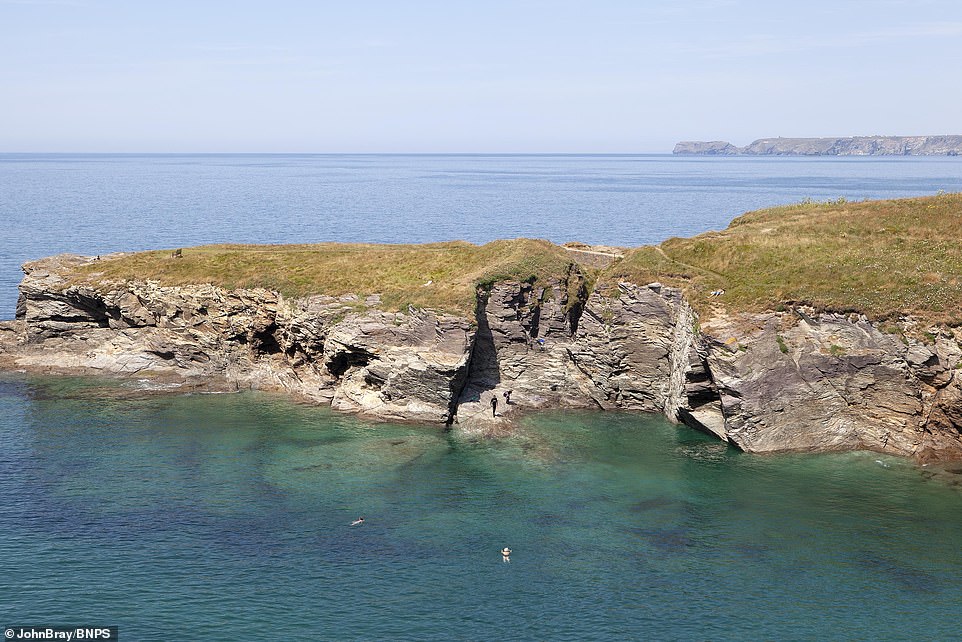 The garden plot in Port Isaac (pictured) is less than half an acre and has no house on it, but it is moments away from the South West Coast Path and has uninterrupted sea views 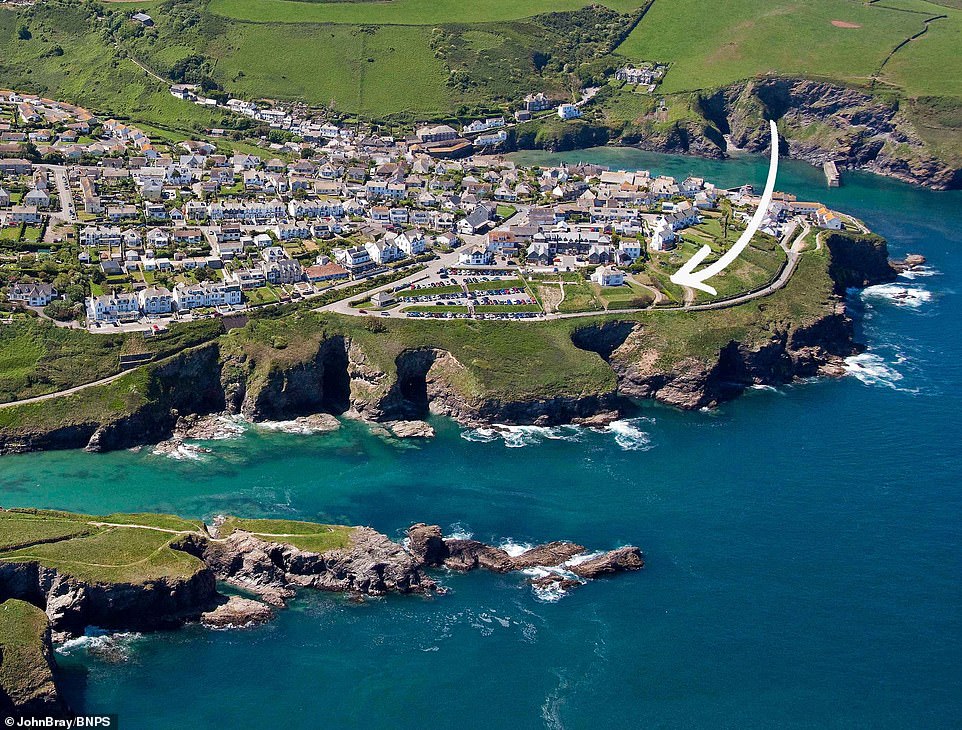 It is being sold, through John Bray estate agents, with planning permission for a four-bedroom detached house

The finish would be white rendered with reclaimed Delabole slate on the first floor.

Josephine Ashby, from estate agents John Bray, said: ‘The views from this house would be about as good as it gets. The ocean is entirely uninterrupted from the plot.

‘The north coast spans up to the right so there is an element of interest in addition to the sensational sea views. 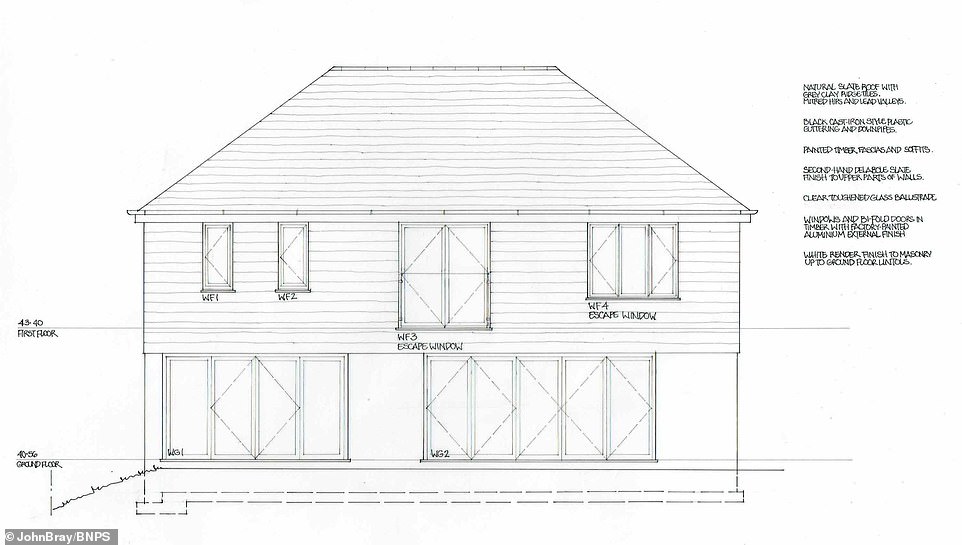 The agents say the build will cost about £450,000 but once complete the house would likely be valued at about £1.5million.  Pictured: Sea facing elevation of the approved property 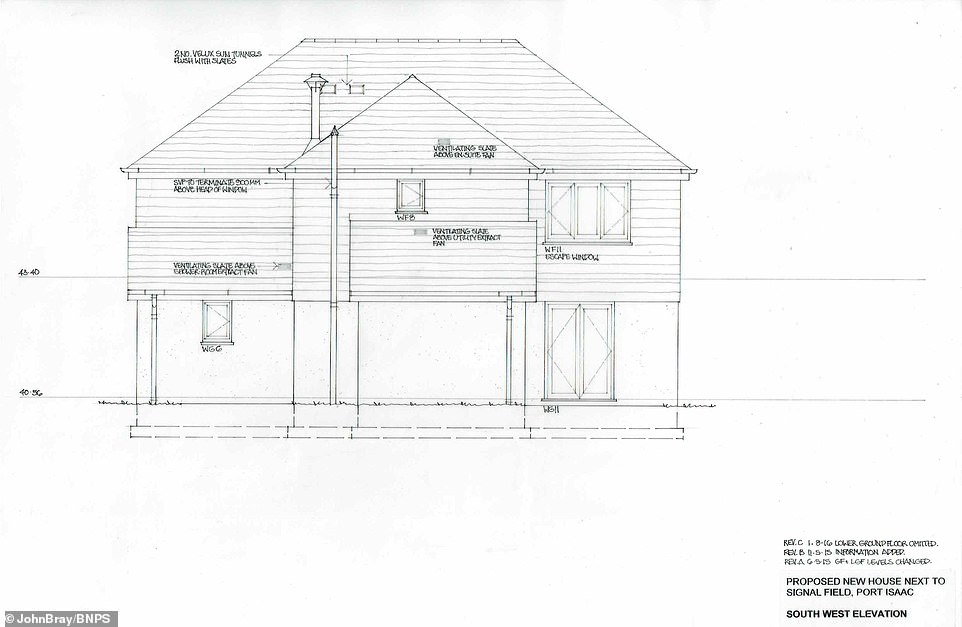 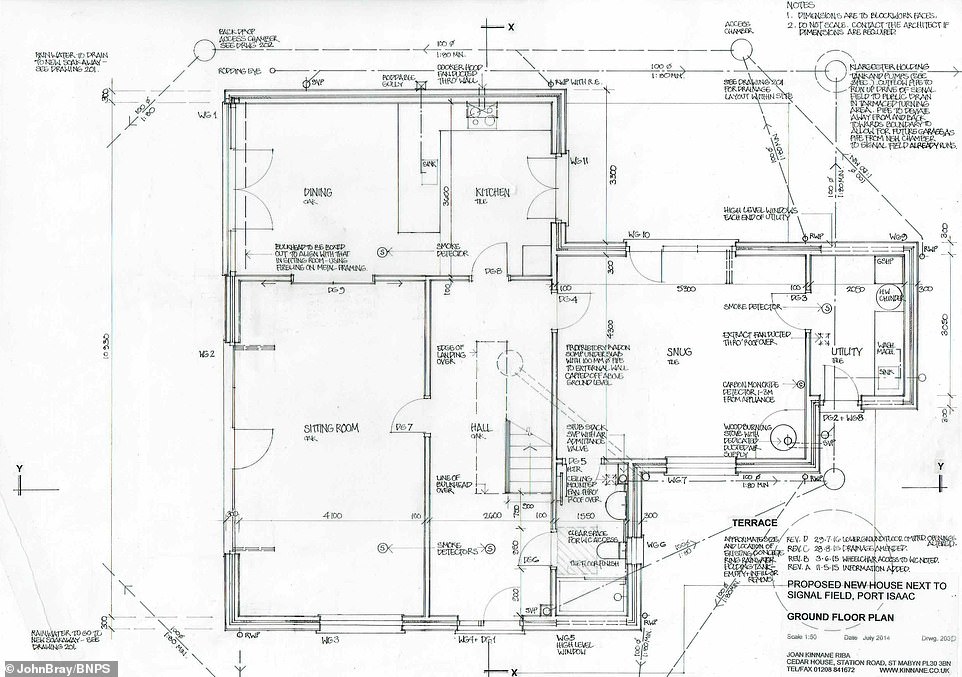 A ground floor plan of the approved property which features a large kitchen diner, a sitting room and a snug complete with a woodburning stove 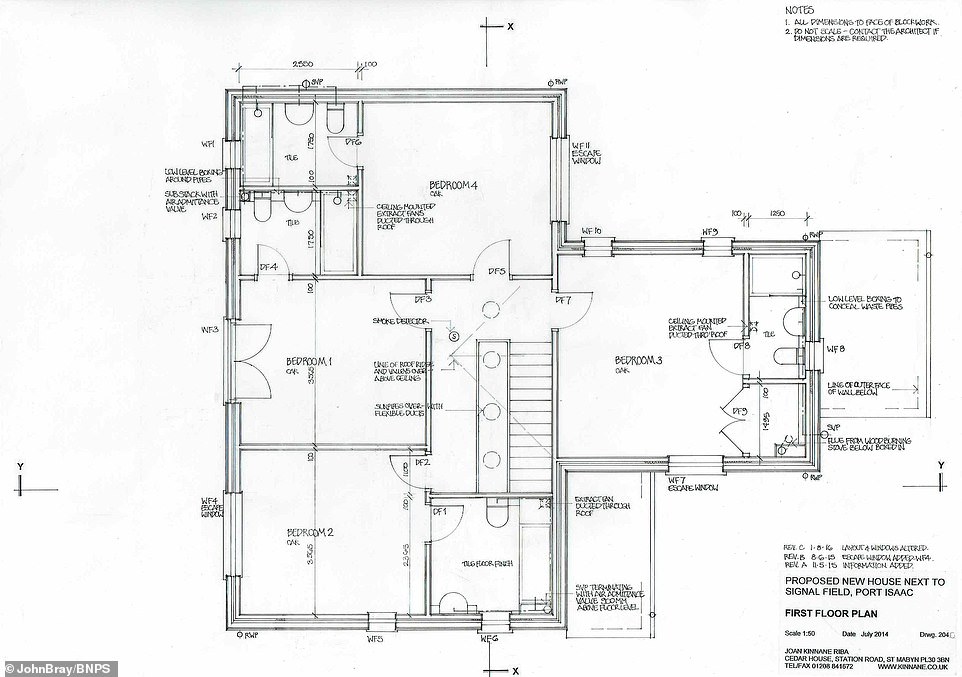 The first floor plan of the approved property which features four bedrooms, all with ensuites and two with sea facing windows

‘It would cost about £400-450,000 for the build, subject to build cost variations and specifications.

‘But depending on design and finishes, the market for such a property would be in excess of £1.5m.

‘With many traditional fisherman’s cottages in the village, the attraction of the ability to create a contemporary and energy efficient property with breath-taking uninterrupted views is extremely attractive.’ 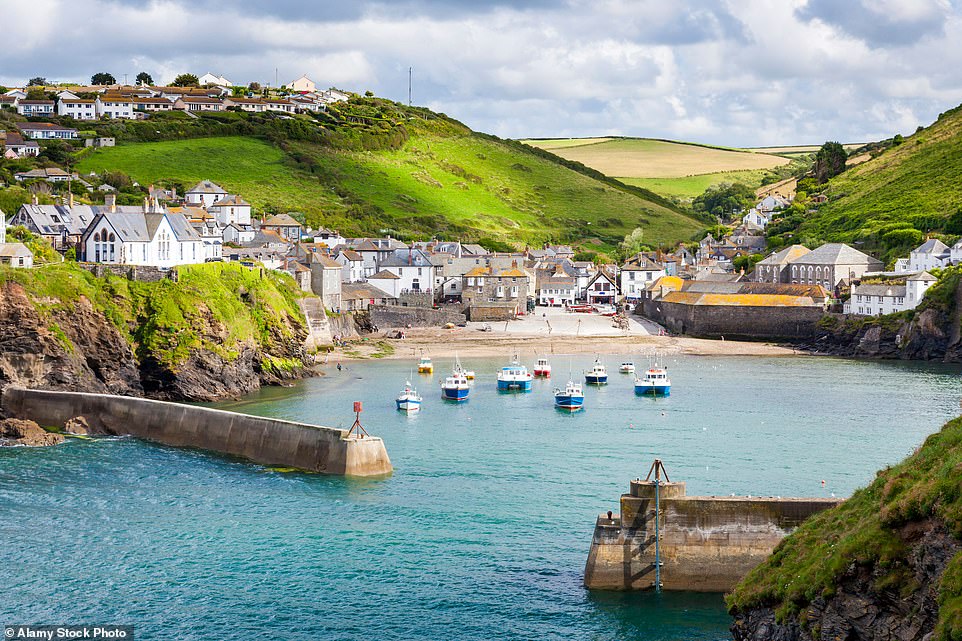 The picturesque village of Port Isaac, on the north Cornwall Coast, where building plots are rarely available