A HOLIDAYMAKER came face-to-face with an enraged monkey after it tried to steal his wife’s handbag.

Joe and Diane Green, both 56, were enjoying a drink at a bar in Mexico when the wild monkey came out of the jungle. 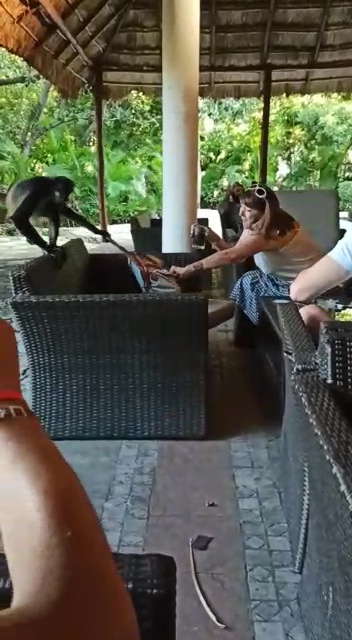 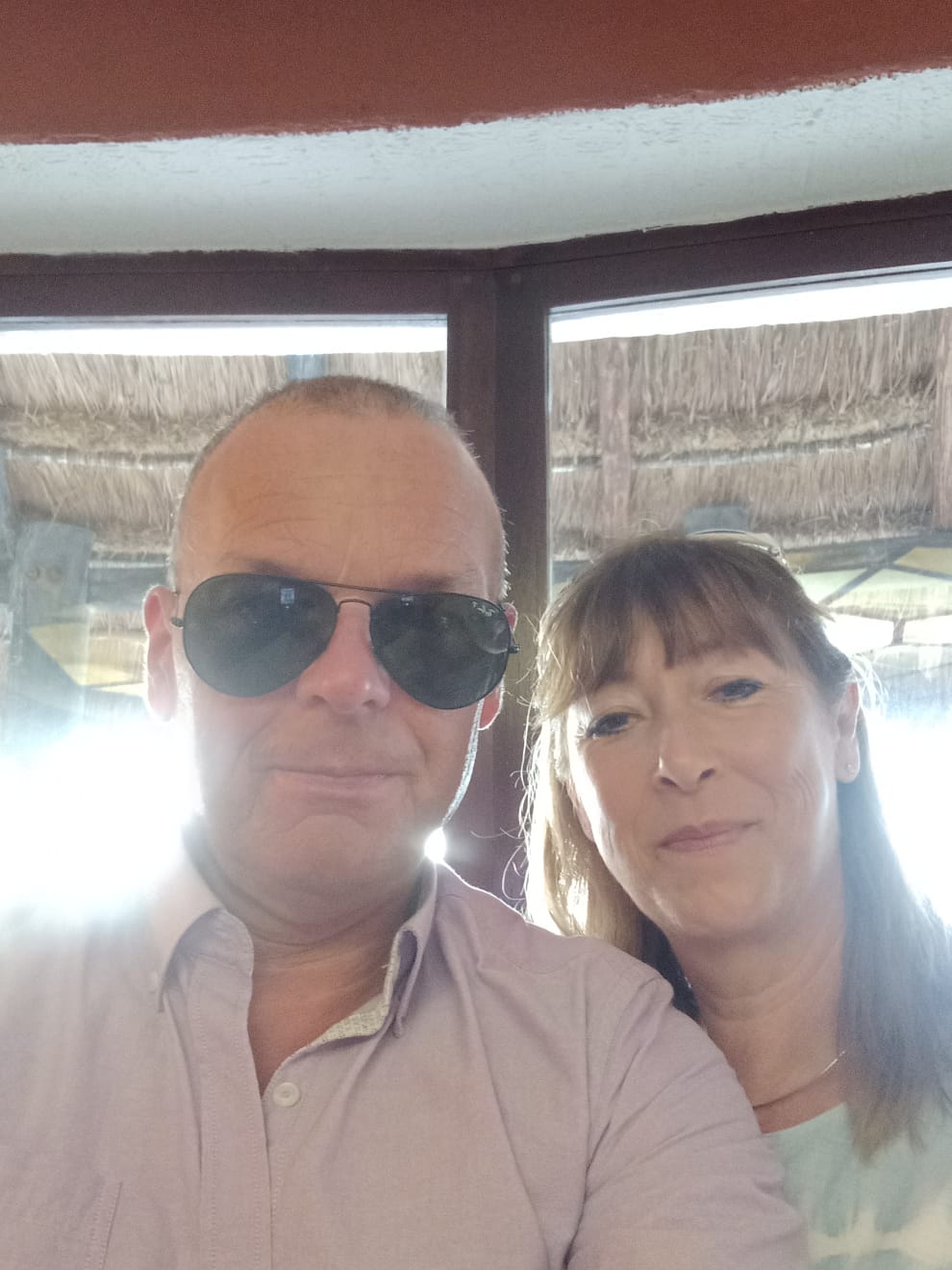 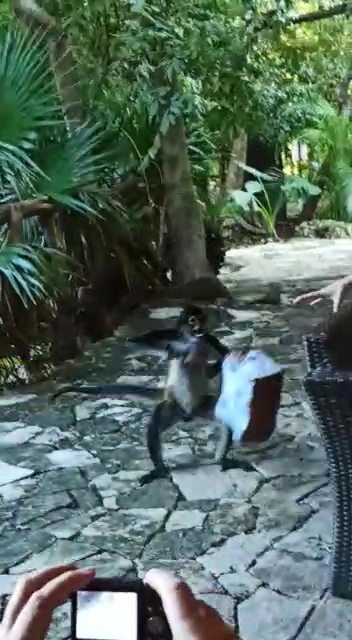 Joe took out his phone and started taking a video of it.

Then it suddenly grabbed nurse Diane’s bag and tried to drag it into the undergrowth.

After Joe wrestled it back, the monkey and two of its pals ran at him, forcing him to grab a cushion for protection.

Joe said: “You could see its teeth and claws, and they’re wild so I didn’t want to get scratched or bitten.”

The incident happened during a stay at Sandos Caracol Eco Resort in Playa del Carmen.

Staff told the couple monkeys would often take fruit but had never seen them try to steal a bag.

Kate Garraway's heartbreaking update on Derek Draper ahead of Christmas

Boris will NOT announce any lockdown restrictions before Christmas

Vehicle paint sprayer Joe, of Burnley, Lancs, said: “It only had make-up and a purse in it. I managed to grab hold of it and we had a bit of a tug of war. The monkey was incredibly strong.”

A BMW driver escaped with a warning from police after he claimed his number plate was blank because monkeys had ripped off the letters at Longleat Safari Park, Wilts.